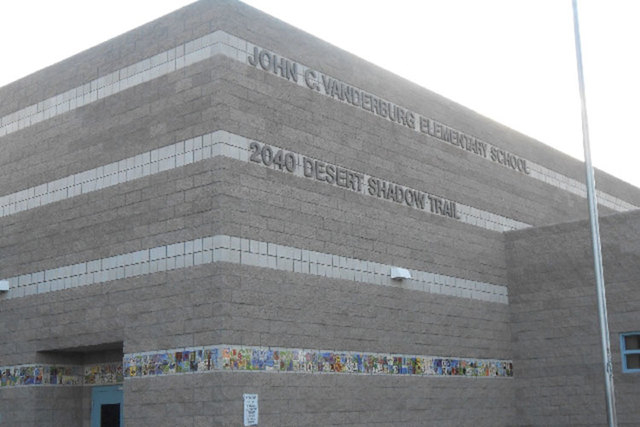 “The Clark County School District continues to grow in student population, having gained more than 8,000 students during the past two years,” Superintendent Pat Skorkowsky said in a statement.

The 11 elementary schools will bring the total number of year-round district schools to 24.

Year-round scheduling means schools can accommodate about 20 percent more students by splitting them between five tracks. Students still receive 180 days of instruction, with one track of students always on break. However, the change does comes with an increase in operational costs, estimated to be about $308,000 for each school, a school spokeswoman said.

Twitchell Principal Michele Wooldridge understands how difficult the schedule change will be for parents and caregivers.

Crowding issues have grown severe and that’s only in the last few months. Twitchell enrolls 1,016 students. The school started the year with 940 students, which is still about 100 more than its regular capacity.

Right now, crowding is affecting fourth- and fifth-graders the most at the campus near the 215 Beltway and Green Valley Parkway, Wooldridge said. The school has eight portable classrooms.

The ratio of students to teachers in fourth and fifth grades is about 34 to 1. The goal is to have it at 30 to 1, the principal said.

When the switch to year-round schedules begins in August, students will enter into five different scheduling tracks. Those tracks allow the school to keep 20 percent of the student population on break throughout the year, she said. In other words, when school starts next fall, only four of the five tracks will be in session.

Wooldridge said that staff will try and work with parents who have children in secondary schools, which remain on nine-month schedules, so that elementary student schedules coincide as much as possible.

Year-round schools also affect teachers who will be assigned to tracks, said Chief Student Achievement Officer Mike Barton. The exceptions are specialists in areas such as music, art and physical education. They will be assigned to multiple tracks, Barton said.

Several factors are used to determine which schools will convert to a year-round calendar, including projected student population, seat capacity, school design and overall growth throughout the county, Skorkowsky said.

The superintendent said it was not a decision made lightly, “but it serves as a solution to our overcrowded schools, which pose potential safety issues and create congestion in the classrooms.”

The superintendent added that with the recent passage of Senate Bill 207 into law, the district will have money to start building seven new schools immediately.

“We will now have funds to build new schools and will hopefully be able to curtail future year-round calendar conversions,” he said.

The bill will allow school districts to roll over bonding authority for 10 years without a vote. The bond is expected to raise about $3.5 billion over the next decade for the Clark County district.

Immediate district construction plans, on top of the seven new schools, include adding capacity to 43 existing schools and replacing two of the district’s older elementary schools at a cost of about $850 million.