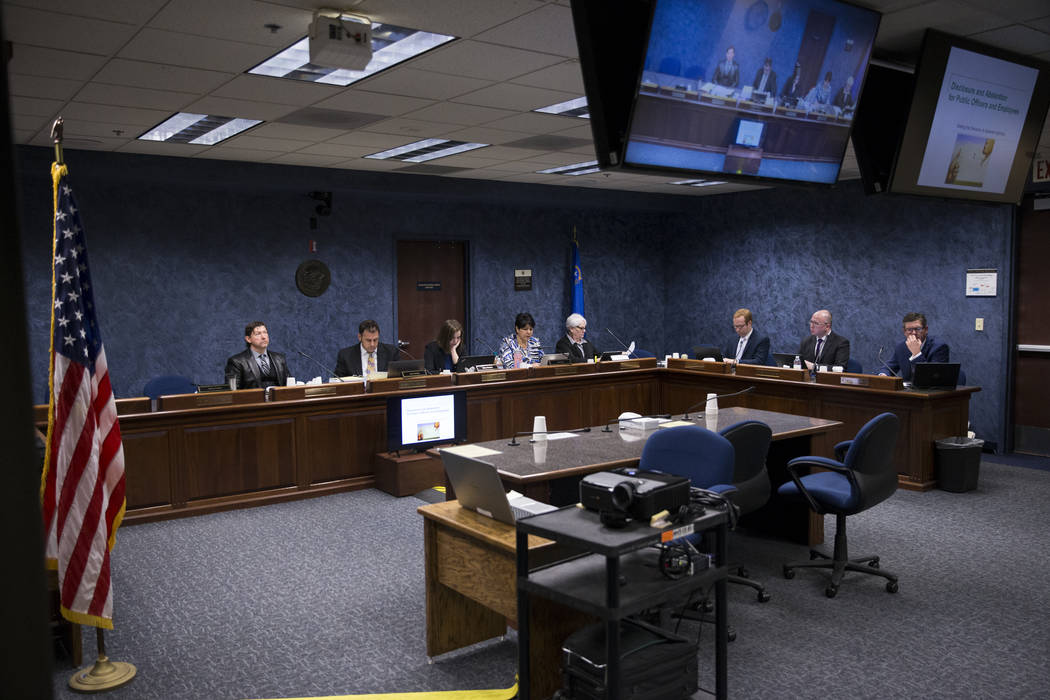 Two troubled Nevada charter schools were put on notice by an oversight board Friday, the first step in an administrative process that could lead to their closure if they fail to improve students’ academic performance.

Officials stressed that neither school would close before the end of this academic year and that they would have an opportunity to address their deficiencies.

“The notice does start this process but at various points in the process the board will have a number of options to do a number of different things,” the authority general counsel Ryan Herrick said.

In previous cases, the board has either appointed a “receiver” at troubled schools or approved a targeted academic improvement plan instead of shutting schools.

The next step in the process is for the schools to create a turnaround plan and bring it back before the board.

At Nevada Virtual Academy, authority members were particularly concerned about the school’s elementary program, which serves more than 500 of the school’s 2,000 students statewide.

The school had consistently been rated at “two stars” under the state ranking system. But this fall, the elementary program received a one-star rating, the lowest possible. In contrast, the middle school was rated a three-star school this year. High schools were not given star ratings this year, but the high school has an 84 percent graduation rates.

The school first opened in 2007, and had its charter reauthorized in 2013, though the low-performing elementary school already was a concern at that time, according to authority staff.

Scores of parents at the school attended the meeting, pleading with the board to keep it open. Leadership at the school also said they were aware of the issue, but argued a notice of intent wasn’t necessarily to prompt improvement.

“We are wholeheartedly invested in improving our elementary program,” said Yolanda Hamilton, the head of the school. “We are fully invested in that and are willing to put in the work to do that so we’d ask that you not issue the intent to terminate.”

The notice of intent to terminate was nonetheless unanimously approved.

The school has until April to present its turnaround plan. If the plan is accepted, the termination process will be closed, though the state will continue to monitor the school’s performance. If the plan is rejected, the board could move to close the school or appoint a receiver.

The school’s financial problems date to 2012, when the authority threatened to revoke its charter over allegations of improper payments. A 2013 audit found suspicious spending by the principal at the time. Joshua Kern took over in 2015, and has continued to face money problems.

Amid the turmoil, academics have taken a downturn. In the latest state ratings, the elementary school was given one-star and the middle school was rated at the two-star level.

Even before the latest ratings, Kern had submitted a school improvement plan to the authority, which the board reviewed and approved Friday.

The board still voted unanimously to send a notice of intent to terminate, partially to make sure all schools are treated consistently, chair Jason Guinasso said.