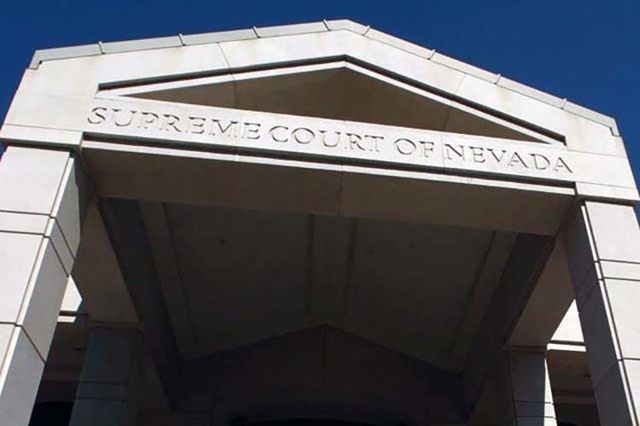 The American Civil Liberties Union has challenged an accelerated timeline for the Nevada Supreme Court to hear oral arguments late next month for two separate lawsuits against a controversial school choice bill.

In an emergency motion filed Monday, the ACLU asked the state Supreme Court justices to reconsider their decision to set arguments on July 29 in an appeal that the civil rights advocacy group filed less than two weeks ago. The justices earlier scheduled arguments for that same day to consider the state’s appeal of an injunction issued by a Carson City judge blocking Senate Bill 302 from going forward.

That legislation, passed by the Republican-controlled 2015 Legislature and signed by Gov. Brian Sandoval, allows parents to set up education savings accounts to receive a portion of state per-pupil funding and use the money, about $5,100 annually, to send their children to private school or pay for other education options.

The ACLU filed a lawsuit last year to stop the implementation of that program, arguing it violates a provision in the Nevada Constitution that prohibits the use of taxpayer money for religious purposes.

In its Monday filing, the organization requested the Supreme Court move the July 29 hearing to late August or early September.

The earlier schedule “does not allow the parties either the time or space to adequately address the complex and weighty constitutional violations at the heart of this case,” the filing reads.

The SB302 program, administered by the state treasurer’s office, has received more than 6,000 applications for early enrollment.

The ACLU argued that rescheduling the July 29 hearing to later in the summer would not prevent the treasurer’s office, if the justices allow the program to continue, from disbursing funds to parents prior to an expected quarterly payment in October.

In the separate Carson City case, a group of parents have challenged SB302 on claims that it will illegally divert money from public schools. A judge in January agreed and issued an injunction.

On the religious prohibition argument, a Clark County judge in May rejected the ACLU’s arguments and upheld SB302.

The Nevada law, widely viewed as the most sweeping school choice initiative in the nation, is being watched closely by states and groups around the country.