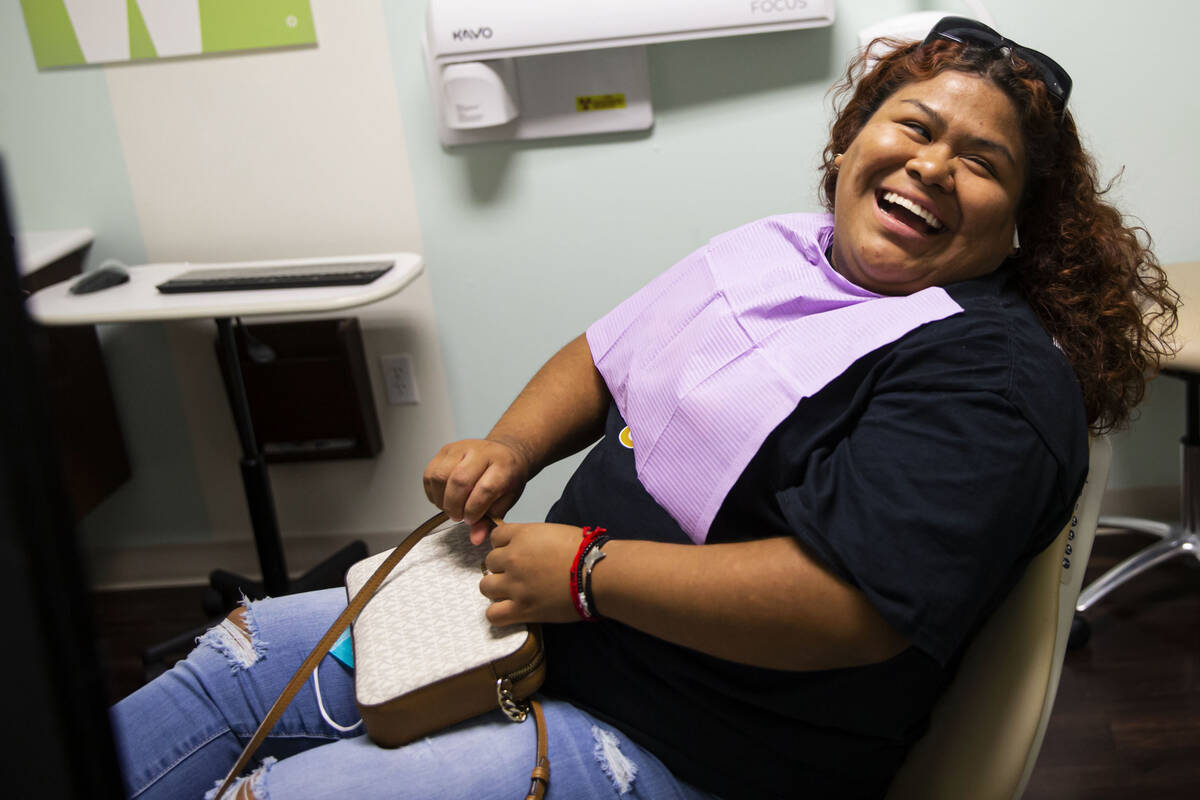 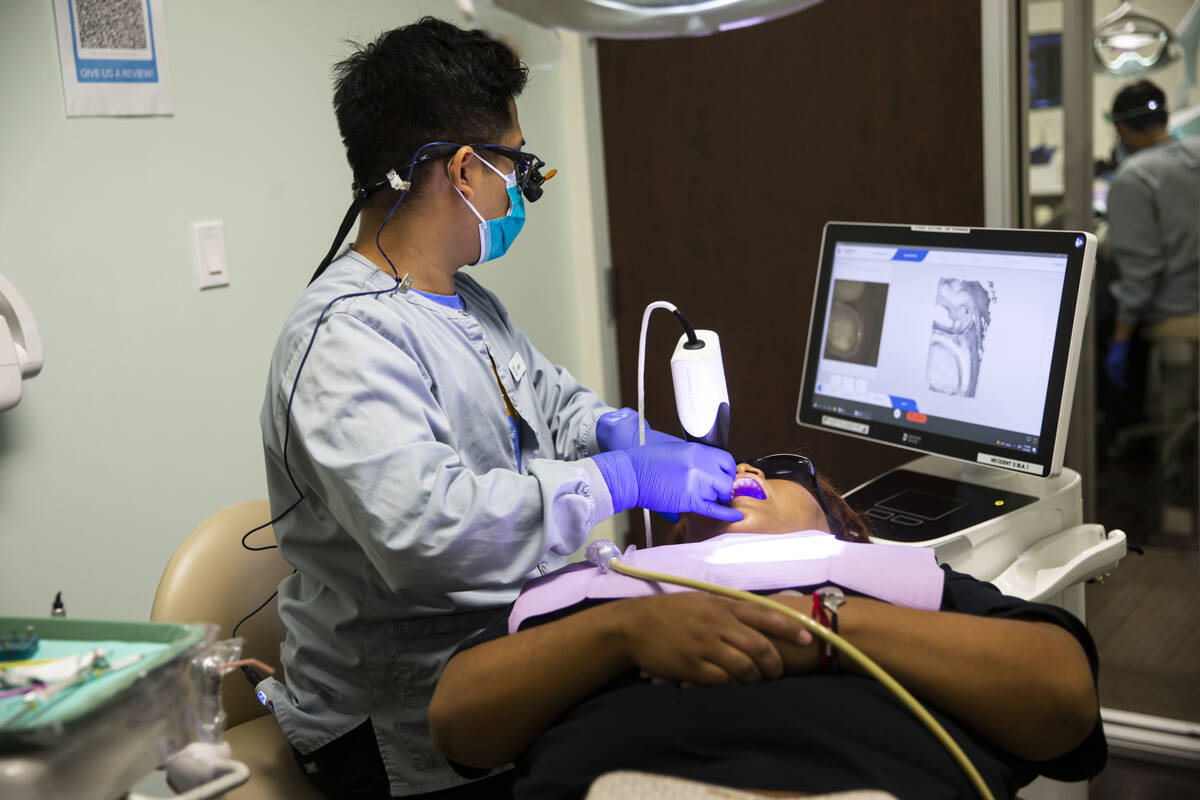 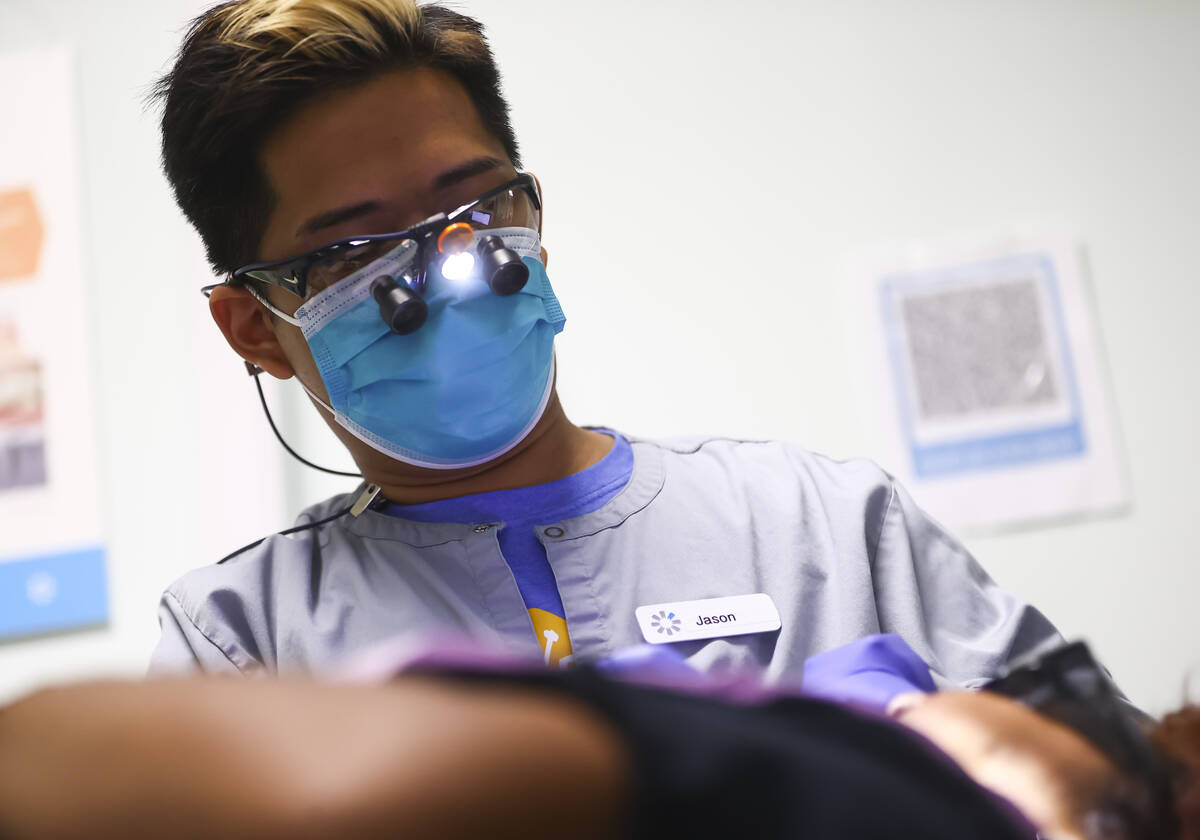 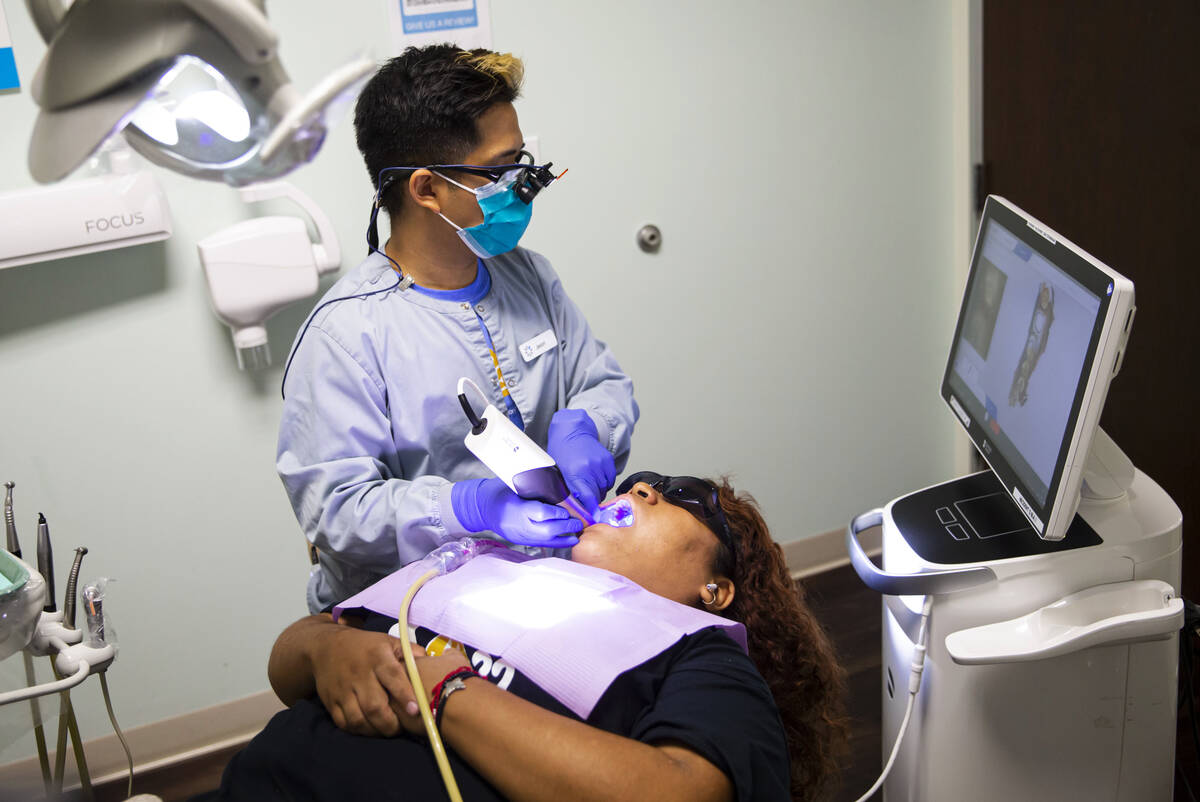 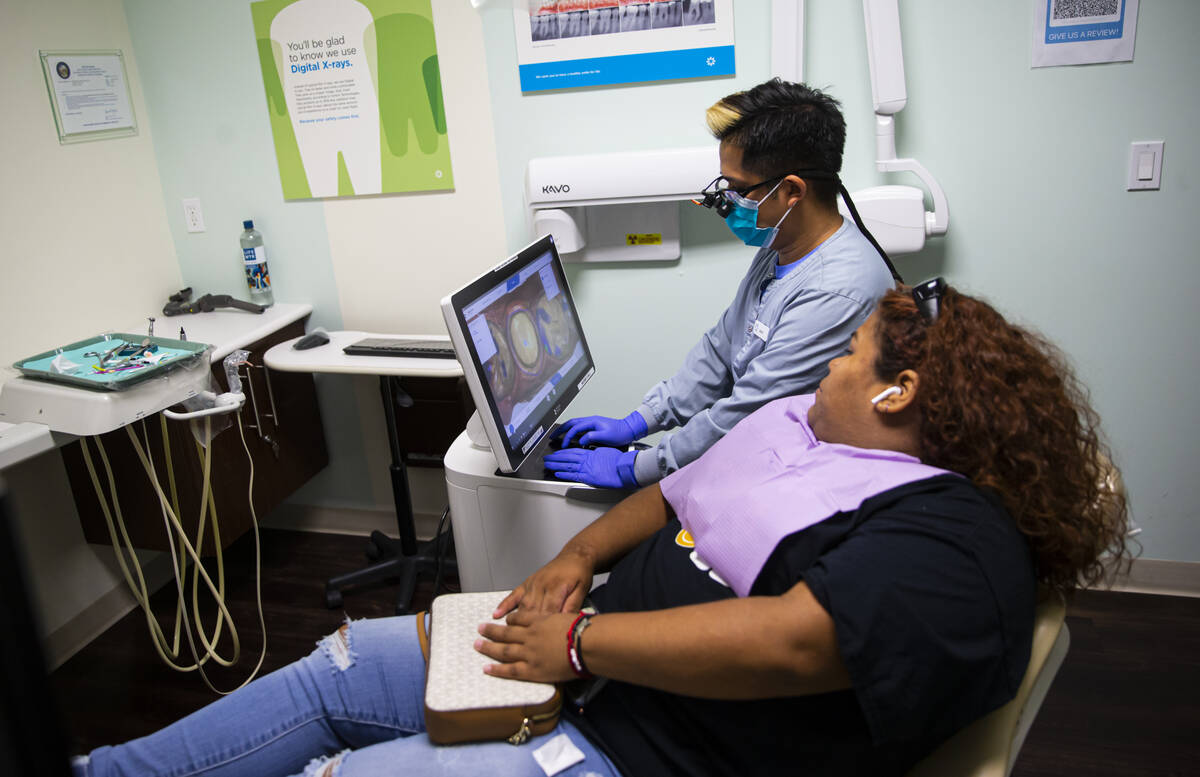 Hours before leaving for college on Tuesday, 18-year-old Joselyn Felipe was having the finishing touches put on her new smile.

Felipe, who graduated from Clark High School in May, was receiving dental care at Henderson Modern Dentistry and Orthodontics through its partnership with Future Smiles, a local nonprofit that provides dental services to vulnerable young people in Southern Nevada.

Since its inception in 2009, the organization has helped serve 200,000 children. Felipe’s care coincided Tuesday with Smile Generation Serve Day, when dental offices across the country donate their services to people who otherwise don’t have access to care.

For Felipe, Tuesday’s visit was the latest in almost 50 appointments that she estimates she’s had since reaching out to Future Smiles — procedures that included cleanings, fillings and root canals.

“They became my friends eventually, instead of just doctors that gave me appointments,” she said. “I appreciate everything they’ve done for me, because they’ve done so much.”

Armed with her new smile, Felipe left Tuesday for her first year of college at Utah Tech University in St. George, where she plans to study dental hygiene.

“When Future Smiles started to help me, I just wanted to help people back,” she said. “It was like, wow, if they really cared enough for just one person … like out of everyone, they cared about me this much, I want to help people out like that.”

Before connecting with Future Smiles, Felipe didn’t have dental insurance for several years. Growing up in a low-income family where she had to work on top of going to school full time, finding the time or resources to go to the dentist wasn’t an option.

“It was one thing or the other,” she said. “If it didn’t hurt that bad, I just wouldn’t deal with it. Until it did.”

Felipe said she was forced to reach out to Future Smiles, crying, because she was in so much pain from a hole in her tooth. The pain extended beyond her tooth and caused her to develop an ear infection and headaches.

The dental work that Felipe has had has added up to thousands of dollars in care, according to Cody Mugleston, owner and dentist at Henderson Modern Dentistry.

Felipe had broken teeth, infections and abscesses, and required root canals and crowns to help restore her smile, Mugleston said.

For Mugleston, one of the biggest challenges that dentists are facing today is the lack of understanding from patients about how their oral health relates to the rest of their body.

Negative bacteria in the mouth can penetrate blood vessels and circulate through the body, causing health issues like heart disease and diabetes.

Underserved communities and families like Joselyn’s can be less educated about those connections, and because of their lack of access, may only visit urgent care when they’re sick. As a result, preventive care can go by the wayside, or issues may be left untreated.

“The whole idea is we’re trying to get education as young as possible, and in turn, educate the parents,” Mugleston said.

Felipe said her experience receiving dental care in recent months has, for her, highlighted the importance of basic practices like flossing in maintaining overall dental health.

As Felipe heads off on her own journey to become a dental hygienist, Mugleston said he’s offered her a job once she gets out of school.

“Anybody who wants to change their stars and then go into a field to give back to other people, I mean that’s incredible,” he said. “ And that’s what our Smile Generation Serve Day is all about. That’s the whole point.”

For Felipe, her choice to go to dental school was the latest step in what she called a “staircase” of career pathways that ultimately stemmed from her desire to help other people, first as a teacher, and now as a dental hygienist.

Her experience with the dentists and hygienists she’s encountered over the last year has only reaffirmed that choice.