The Art Institute of Las Vegas has closed its doors despite a nearly yearlong effort to save it after the dissolution of its parent company, Dream Center Educational Holdings.

Mark Dottore, the receiver appointed by a court to oversee the Dream Center assets, sent a letter to students on Friday informing them that the Accrediting Council for Independent Colleges and Schools had suspended the Henderson school’s accreditation and that it must close immediately.

The letter told students that they could opt to complete their programs at a partner institution, or opt to apply for a closed school loan discharge from the U.S. Department of Education.

“We sincerely wish the outcome had been different,” the letter said, adding that the receiver’s office is working with the owner of the building to find dates and times that students may collect any personal belongings left behind.

The school has had several near-misses with closure this year. The accreditation council was informed that the school would close in March, but a group of professors known as Save Ai intervened to try to purchase the school and operate it independently.

Save Ai spokesperson Lisa Mayo-DeRiso described the outcome as sad.

In July, the Nevada Department of Employment, Training and Rehabilitation suspended the school’s license to operate postsecondary programs because it had not provided relevant financial documents to renew its license.

The school was granted a reprieve until February to address the department’s concerns as well as the growing list of student complaints about education quality. However, the school was directed to suspend new enrollments immediately and inform students in writing about the precarious nature of the school’s license to operate.

But the department learned that the school had enrolled two students in October, including one in a program whose approval had been withdrawn by the accreditation council in December 2018.

The accrediting agency found further issues with the school, including low student achievement standards, no evidence of employment assistance for students and a lack of regular faculty meetings in some departments.

At a meeting of the state employment agency in September, students expressed mixed feelings about the school closing, with some hoping to finish their education and others wanting to see an end to the months of uncertainty.

Recordings of all-campus meetings provided to the Review-Journal showed a tense environment inside the school, as students grilled the proposed buyers’ group about their missing stipends and what they described as unqualified professors teaching some programs.

Another Save Ai member, Will Turbay, can be heard defending teachers, as well as outlining plans for the new school that would have included a facility with dorms for international students, as well as celebrity guests in the school’s publicity materials.

“I am not the one holding you hostage, guys; I am starting a new school,” Turbay says. “I am sorry that some of you are upset that the school did not close.”

Save Ai has maintained throughout the process that the group is unable to process student stipends or make any other significant financial investments until the close of the sale, at which point it could apply for Department of Education funding.

On Dec. 19, landlord Tech Park 6 filed a second emergency request asking the court to immediately terminate the school’s lease and direct the surrender of the property by 5 p.m. on Dec. 20. The landlord stated that the receiver had failed to pay the $25,000 rent for the week of Dec. 16.

“Telephone calls and emails from Tech Park to the receiver’s staff and from Tech Park’s counsel to the Receiver’s counsel have been wholly ignored,” the order from the landlord stated. “Tech Park was therefore left with no other option than to file this emergency request to seek this court’s intervention.”

On Dec. 6, the court approved a partial payment to Dottore for his work as receiver in the amount of $750,000, as well as an additional $750,000 for the services of outside counsel. An order on the payment included an acknowledgement that many parties have taken issue with Dottore’s billing practices, like block billing, which makes it “difficult to verify the legitimacy of the receiver’s requested fees.”

The court also acknowledged that the receivership estate will likely not have the resources to compensate all of Dream Center’s creditors, but that companies will have a chance to itemize what they’re owed before the receiver is fully paid.

“We have worked day and night to secure a path forward for The Art Institute of Las Vegas and its students,” a statement from Dottore said. “We are disappointed with the decision by ACICS to suspend accreditation, without which the school cannot survive. We continue to work with accreditors and regulatory agencies to guide and assist students.”

The 15 or so teachers left at the Art Institute of Las Vegas have not yet received notice of the school’s closure nor any acknowledgment from the receiver of the nearly nine months of back pay that they say they’re owed, according to instructor David Suppe.

Suppe said he taught at the school even after the paychecks stopped because he believed in the value of a local career college, but still expected to see back pay after the school changed hands. He said he wants Dottore to reach out to teachers expeditiously to find a resolution to the months of back and forth.

“I wanted the school to survive. It doesn’t look like it’s going to. Now I want to get paid,” Suppe said. “But I have a very bad feeling that they’ve positioned themselves in a way that they won’t do it.” 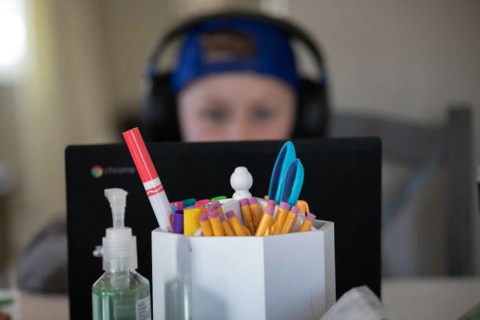 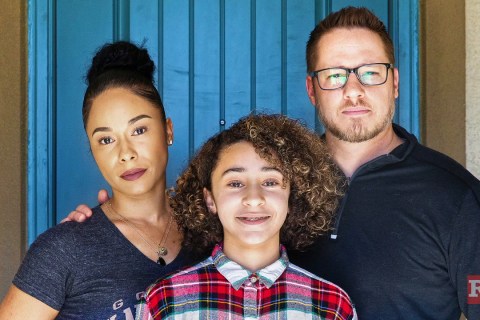