If you are having problems accessing today’s e-Edition, please click on this link VIEW E-EDITION
By Neal Morton Las Vegas Review-Journal
January 15, 2016 - 5:09 pm 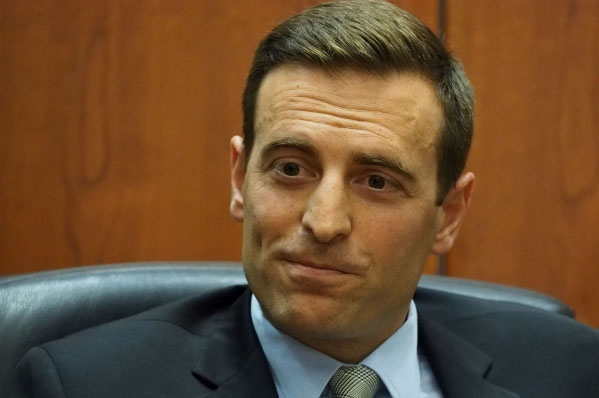 Attorney General Adam Laxalt on Friday filed an appeal with the Nevada Supreme Court to overturn a state judge’s decision to put the brakes on the state’s controversial education savings accounts.

The attorney general’s office confirmed in a statement Friday that it also will seek an expedited ruling from the Supreme Court on the preliminary injunction issued by District Judge James Wilson in Carson City.

In a 16-page ruling issued Monday, Wilson said the Nevada Constitution requires “the Legislature to set apart or assign money to be used to fund the operation of public schools, to the exclusion of all other purposes.”

The state treasurer’s office, which would administer the education savings accounts, has received more than 4,000 applications for early enrollment in the program. Treasurer Dan Schwartz anticipated to begin funding the accounts next month, but that is on hold, per Wilson’s order.

“We will seek an expedited ruling to ensure that thousands of Nevada families receive the clarity they need as soon as possible,” Laxalt said in a statement.

“My office is working diligently so that parents can enjoy the genuine educational choice envisioned by lawmakers this past legislative session and remains focused on resolving the matter as quickly as possible to provide families with the certainty they deserve,” the statement said. “A ruling from the state Supreme Court will do just that.”

The appeal did not surprise Tamerlin Godley, an attorney who argued before Wilson on behalf of six parents challenging the program.

She also expressed confidence in the fate of the injunction before the Supreme Court.

“Whoever was the party that didn’t prevail would take it to the Supreme Court,” Godley said late Friday.

“We feel that the case is straight-forward,” she added. “The Nevada Constitution says you cannot public school dollars for (non-) public schools. We look forward to the Supreme Court taking a look at it and weighing in.”

In his decision, Wilson said because Senate Bill 302 diverts some general funds appropriated for public schools to fund private school tuition, it violates sections of the constitution.

Viewed as the most sweeping school choice law in the country, SB302, backed by the Republican-controlled Legislature and Gov. Brian Sandoval, allows parents to tap the state share of per-pupil funding to help pay to send their children to private or religious schools. The amount averages about $5,100 per year per student.

SB302 requires the state treasurer’s office to place the state funding in an education savings account set up by parents to then use for tuition, transportation or other educational purposes.

“Plaintiff parents have met their burden of clearly proving that there is no set of circumstances under which the statute would be valid…” Wilson wrote. In granting the injunction, he said opponents demonstrated reasonable probability they would prevail at trial.

Wilson added he would schedule a trial to consider the merits of the case.

In a separate lawsuit, a Las Vegas judge has yet to issue a decision on whether the legislation violates a provision in the state constitution that prohibits the use of public funds for sectarian, or religious, purposes.

— Review-Journal writer Sandra Chereb contributed to this report. Contact Neal Morton at nmorton@reviewjournal.com or 702-383-0279. Find him on Twitter: @nealtmorton.