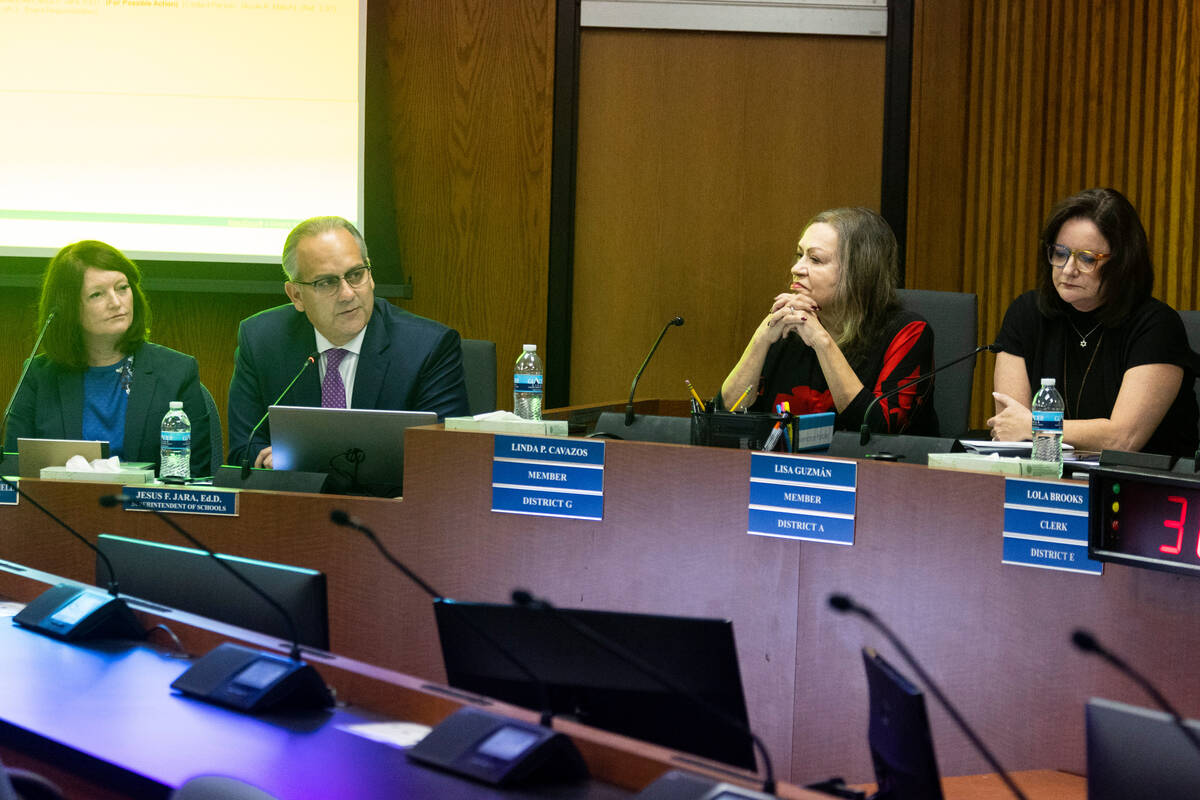 The Clark County School Board violated the open meeting law in 2021 by changing a meeting time “without providing sufficient notice to the public,” according to the Nevada attorney general’s office.

The office issued a six-page opinion last week. School Board trustees are set to consider an agenda item acknowledging the findings — a requirement by the state — during a Jan. 26 meeting.

The violation happened during a Feb. 3, 2021, work session, held virtually because of the COVID-19 pandemic. Trustee Linda Cavazos was board president at the time.

Cavazos could not immediately be reached for comment on Thursday.

During the work session, the board voted unanimously to give notice to Superintendent Jesus Jara that his employment contract would not be automatically renewed.

The day before the meeting, an agenda was reissued with a time change — from 8 a.m. to 4 p.m. — “due to scheduling conflicts” with one of the presenters, the opinion states.

Las Vegas resident Steven Cohen filed a complaint. He told the Las Vegas Review-Journal on Thursday that he follows School Board meetings and was planning to watch the work session, but he was unable to because of the time change.

Cohen said he has filed open meeting law complaints before for different governing bodies, but this is the first one that resulted in a violation.

The work session agenda included the school district’s website as the place where members of the public could watch the livestream.

But the district’s website did not include a “prominent link” to Eduvision, where meetings are livestreamed, or a notice of the time change as of 8 a.m., when the meeting was originally scheduled to begin.

However, the correct time of 4 p.m. was displayed on Eduvision.

The attorney general’s office said the board could have started the meeting at 8 a.m. and recessed until 4 p.m. without violating the law.

The office has ruled in other cases that the School Board violated the open meeting law.

Trustees acknowledged, for example, in April 2021 that the board did not provide enough time for public comments during virtual meetings amid the pandemic when it accepted comments by email only.

And in October 2018, they acknowledged that a violation occurred during a public comment period on a student gender-diverse policy.