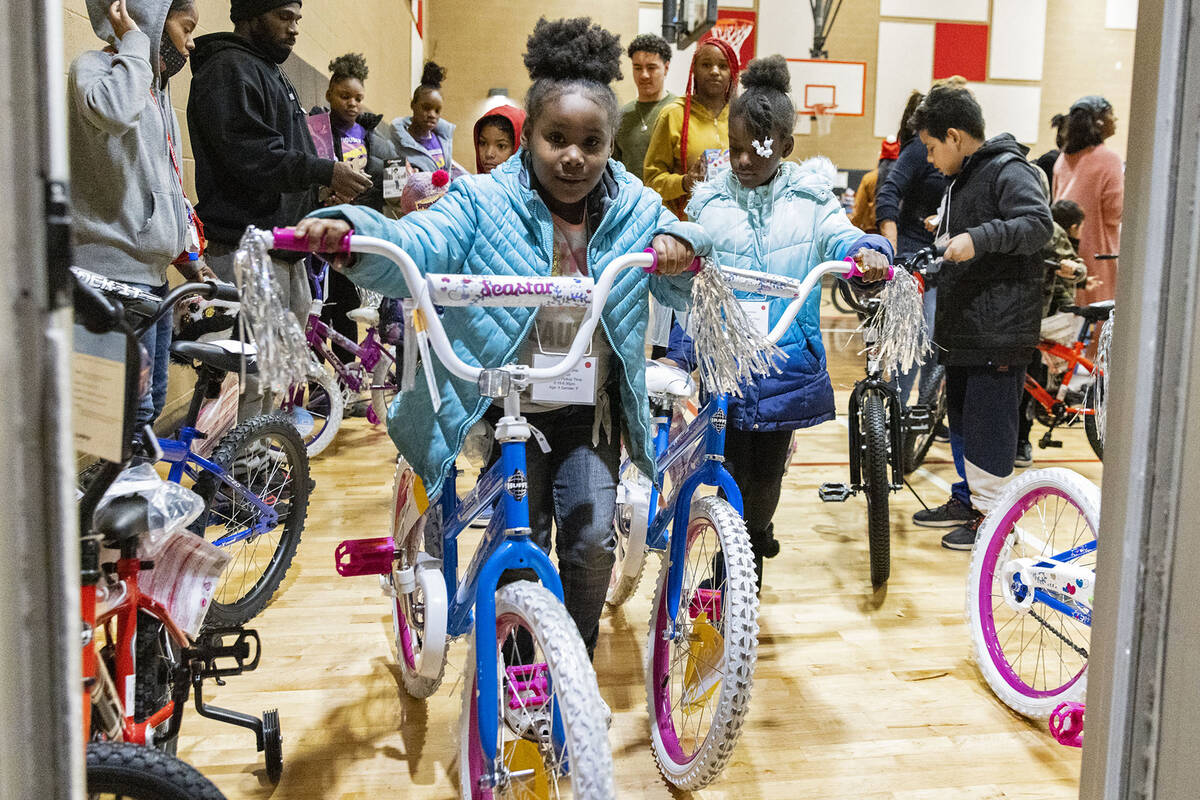 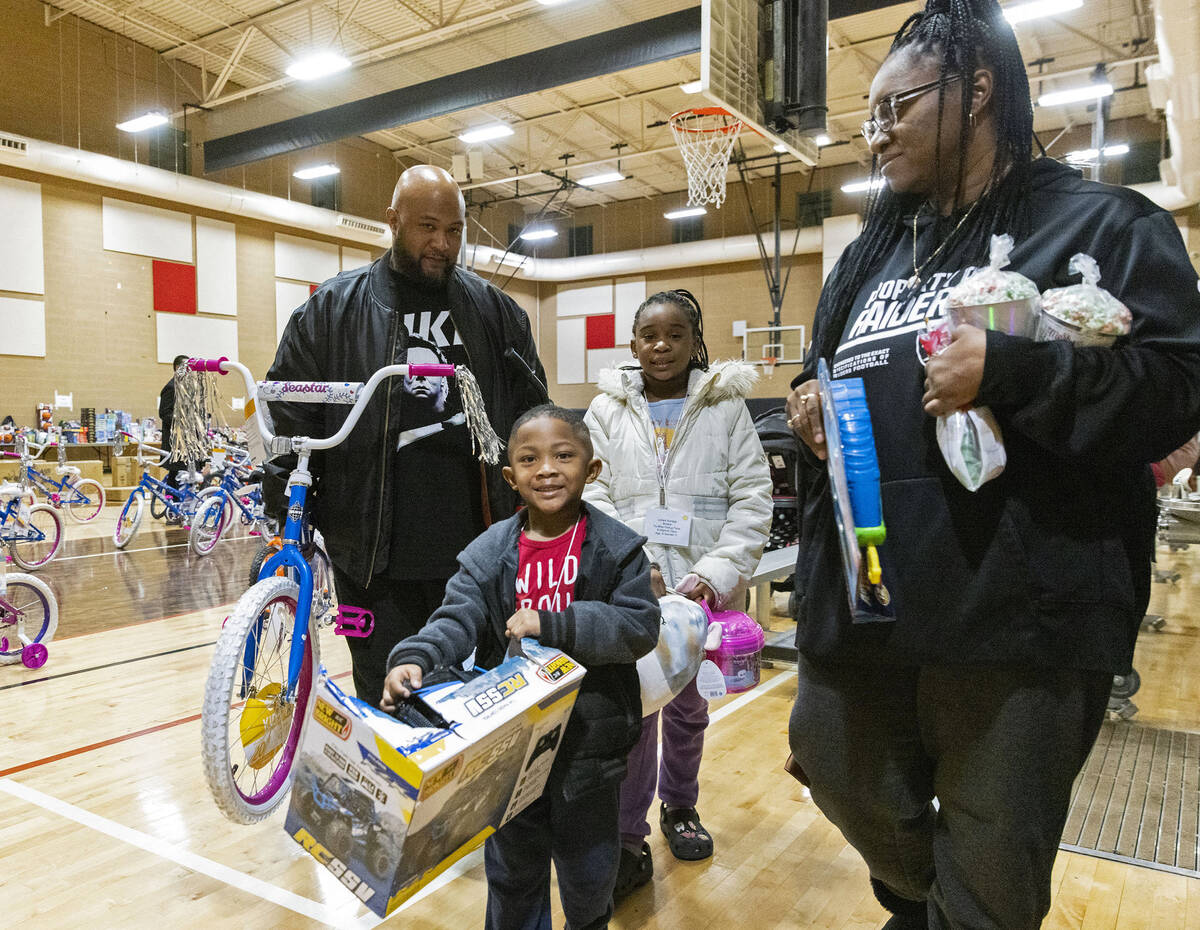 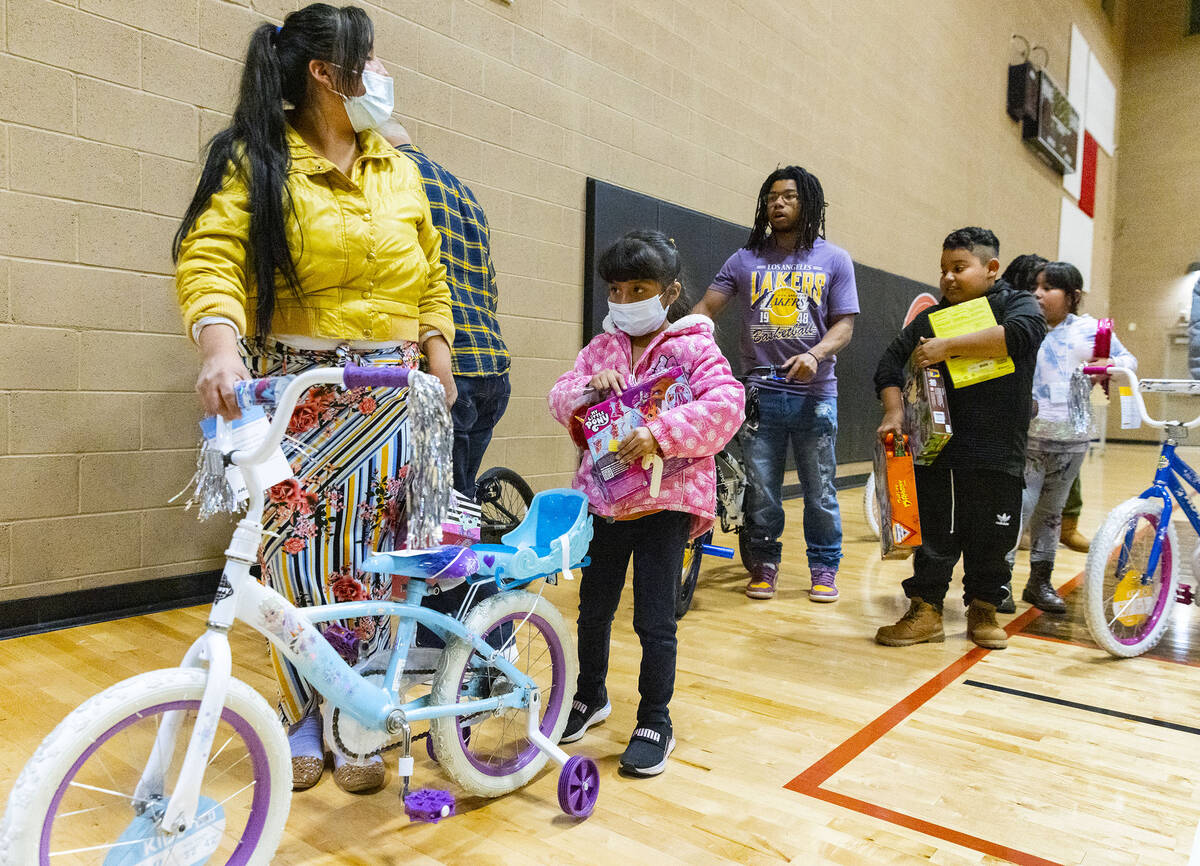 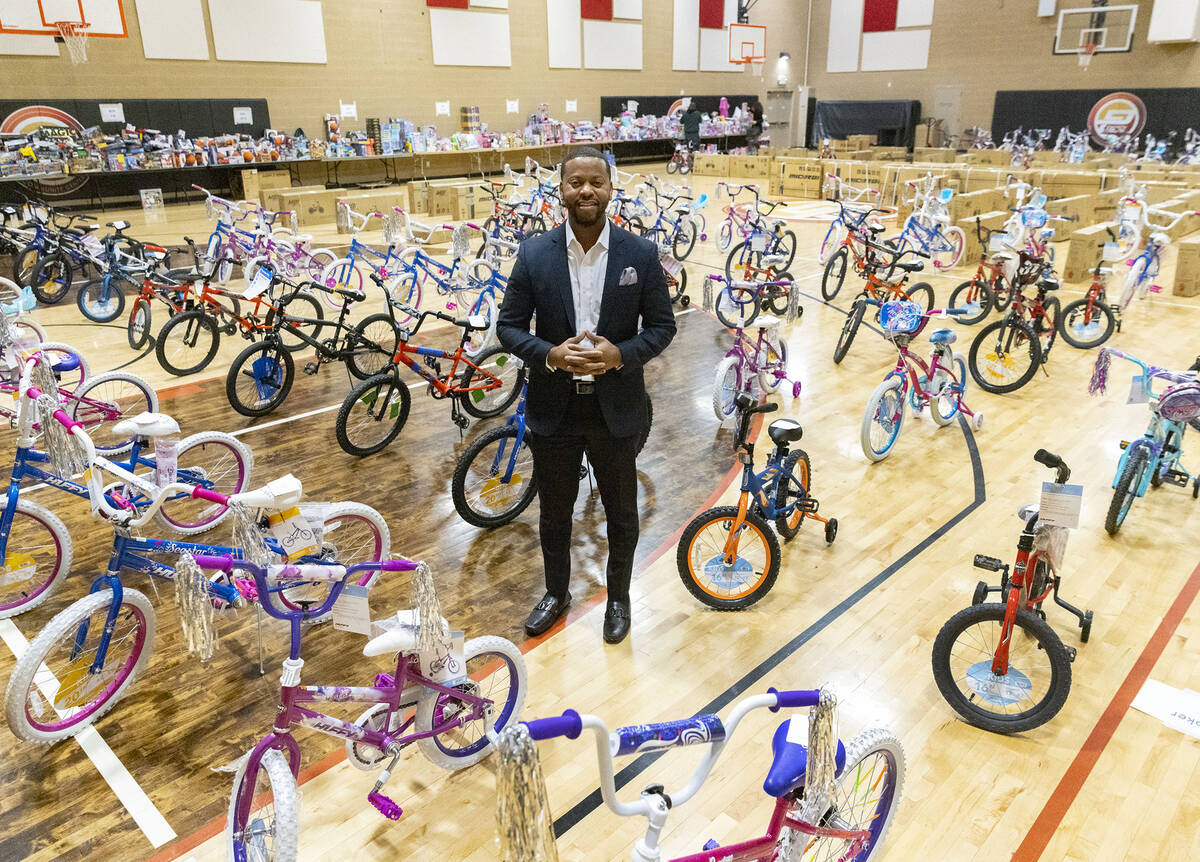 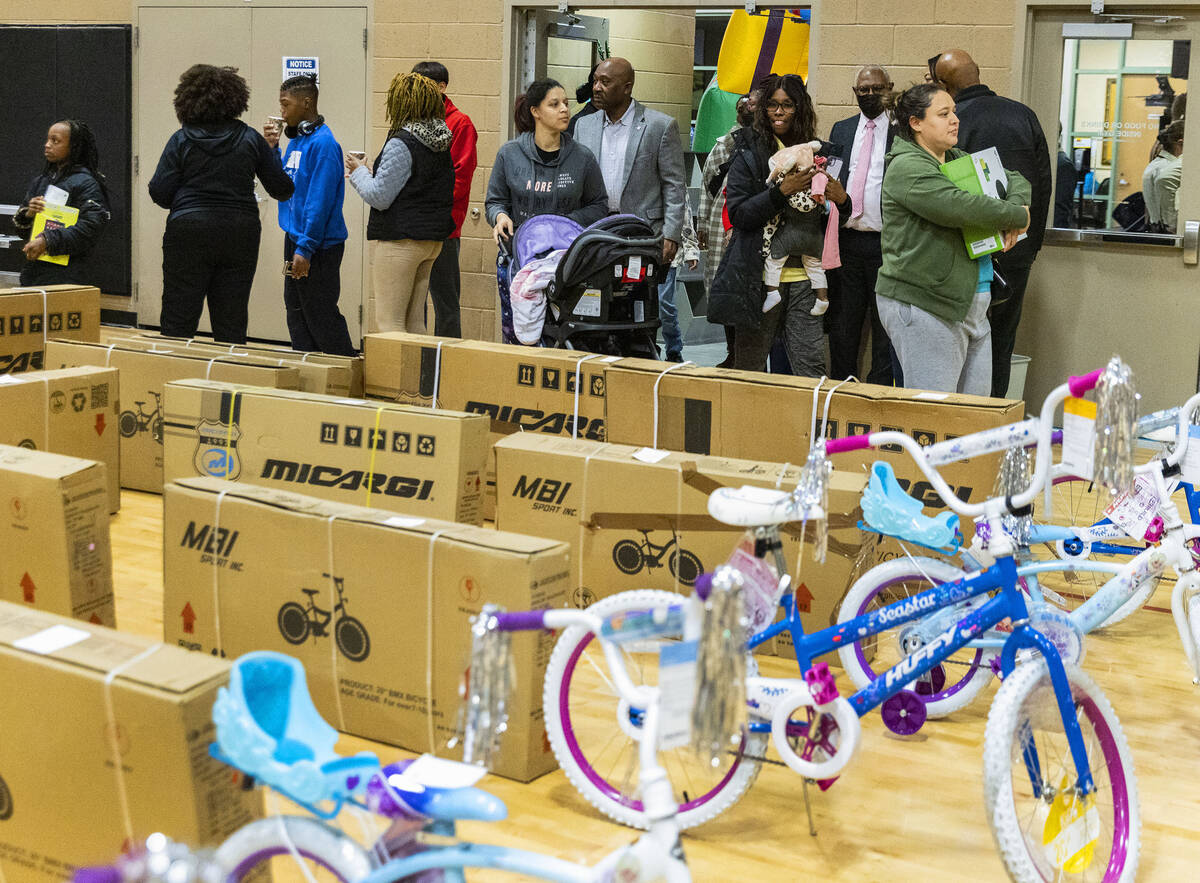 A sea of gleaming, new bicycles filled the basketball court where tables stacked with toys lined one wall at Pearson Community Center in North Las Vegas.

Nearby, more than 200 schoolchildren from 10 elementary schools lined up Wednesday night for their turn to collect a bike and toys as part of the second annual Toy and Bike Giveaway hosted by Clark County Commissioner William McCurdy II.

‘Y’all ready?” McCurdy asked. The children erupted in cheers and jumped up and down with excitement.

The event is meaningful, McCurdy said, because it helps families who, instead of having to spend money on gifts, can instead redirect those resources to pay for food, gas or utilities.

“This would not be possible had it not been for the ability to bring all of those resources together to make this happen,” McCurdy said of the help from donors and nonprofits.

“We know that this is going to make a difference in the household, not only in terms of the parents not having to spend money (on gifts),” McCurdy said, but also getting to see the smiles on their kids’ faces as they pick out their bike and toys.

Parents are under a lot of pressure to meet their monthly bills and get their kids gifts, McCurdy said. Some are so thankful for the giveaway that they come up to him crying and hugging him in thanks.

McCurdy has seen the toll inflation has had on families in his community, where parents have expressed that they don’t know if they are going to be able to provide a toy or toys for their kids this holiday season. Last year, he said, they were able to donate more toys to 300 students.

Parent Maria Huerta said McCurdy’s toy giveaway is a huge relief and that she was very thankful.

“Last year we didn’t have enough to get presents to my kids,” she said in Spanish.

Her son picked out his new bike and gifts, while making sure to include a gift he could that share with his younger sibling.

“There are no Christmas gifts under our tree,” Huerta’s youngest daughter said in Spanish. A volunteer overheard and handed her a toy.

Another parent Deadra Moore watched as her 5-year-old daughter, Madeline, tried to decide, with help from a volunteer, which two toys to choose.

“The smile on her face right now, she didn’t even know what she was coming here for,” Moore said, just before Madeline returned to show her parents her new treasures. “It was a surprise for her.”