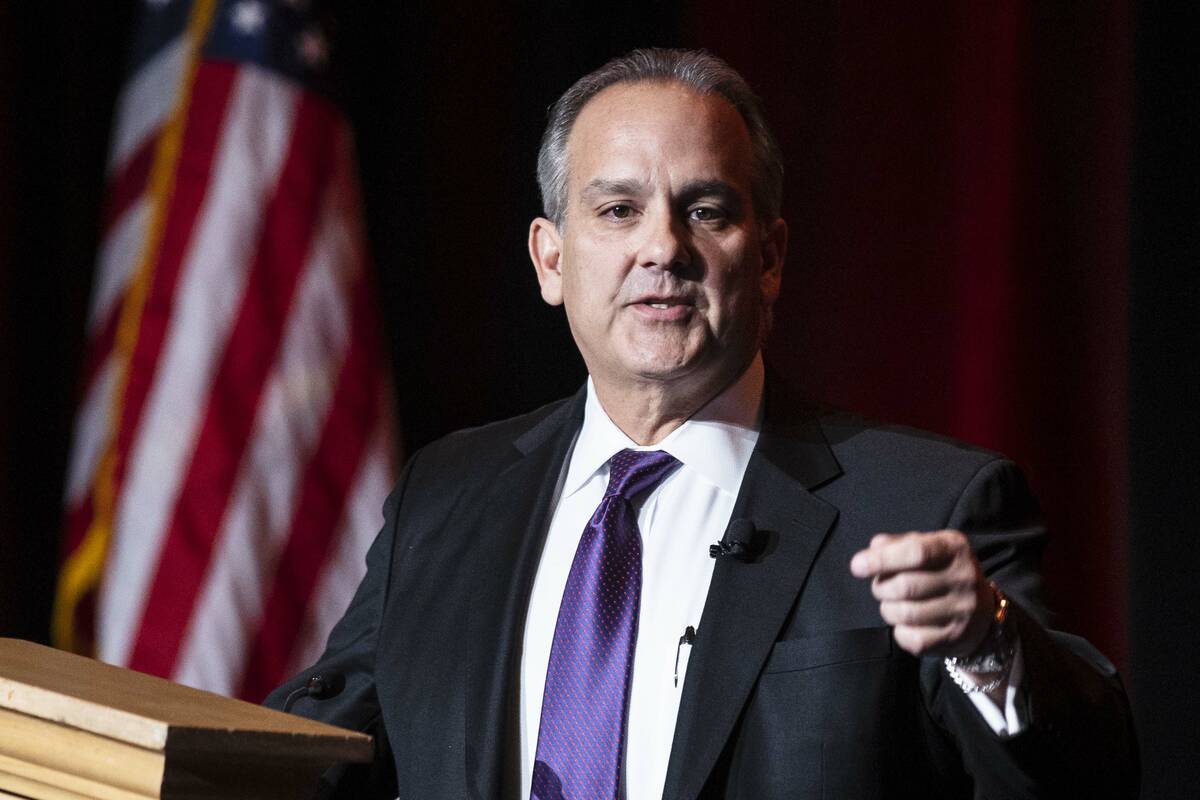 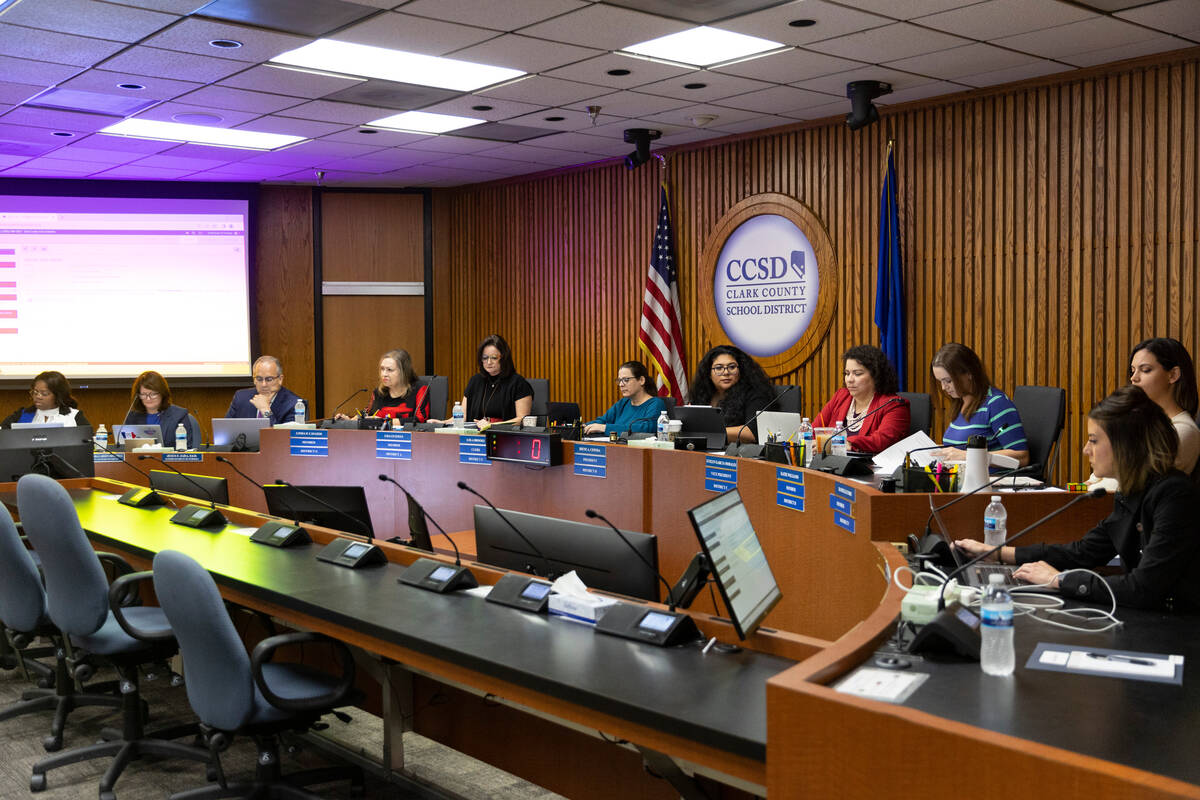 The Clark County School Board hosts an open meeting at the Edward A. Greer Education Center in Las Vegas on Oct. 5, 2022. (Erik Verduzco / Las Vegas Review-Journal)

A divided Clark County School Board signaled its intent Wednesday to revise five governance policies, including language about the superintendent’s evaluation.

During an hourlong work session, trustees voted 5-1 to approve notices of intent in one batch. Linda Cavazos voted “no,” and Danielle Ford left the room for that item.

The changes will come back to the seven-member board — which soon will have two new trustees — Jan. 12 for possible approval.

Ford — who lost a bid for re-election in November — said she would abstain from voting because she did not think the board should be splitting the vote on policy changes before new trustees are sworn in next month.

Board attorney Nicole Malich advised Ford that she could not abstain from voting because she did not have a conflict of interest.

Instead, Ford left the room and returned after the vote.

During the meeting, she also leveled accusations against Board Clerk Lola Brooks, alleging that she has messed with policies for the last three years — Ford said she could explain how after January — and that an item to consider board governance training for next year was an opportunity for Brooks to bring in her friends to train the board.

At one point during the discussion among trustees, Board President Irene Cepeda said: “Trustees, please focus.”

Three School Board seats were up for election in November, and only one incumbent — Cavazos — was re-elected. Cepeda and Ford lost to challengers Brenda Zamora and Irene Bustamante Adams.

During Wednesday’s work session, one of the policy changes included removing an “each January” reference for when the board will conduct a formal summative superintendent evaluation and replacing it with “in alignment with the Superintendent’s contract and/or between the end of the school year and the beginning of the following school year.”

In late September, the board conducted Superintendent Jesus Jara’s evaluation and rated him “highly effective.” The board faced criticism for a decision to move up the timeline for the evaluation.

The decision to extend Jara’s contract came after the board voted 4-3 last year to fire him and then reversed its decision a month later.

In response to questions Wednesday from Cavazos, Cepeda said the policy revisions involved changing dates and fixing typos. She said the process has to move quickly because Jara’s contract extension goes into effect next month.

Brooks said she knew there had been some conversations about whether the changes were aligned to the superintendent contract, noting the language was “very purposeful” and was left broad.

Board policies are not necessarily well written, she said, and include outdated language.

During a public comment period, Kamilah Bywaters — president of the Las Vegas Alliance of Black School Educators — said: “It seems like a few people are making decisions about policy and bringing it to the work session.”

It’s unethical, she said, and a disservice to the public and all seven board members.

Malich said the only meetings that were held were between herself and Cepeda.

The board has a regular meeting scheduled for 5 p.m. Thursday.