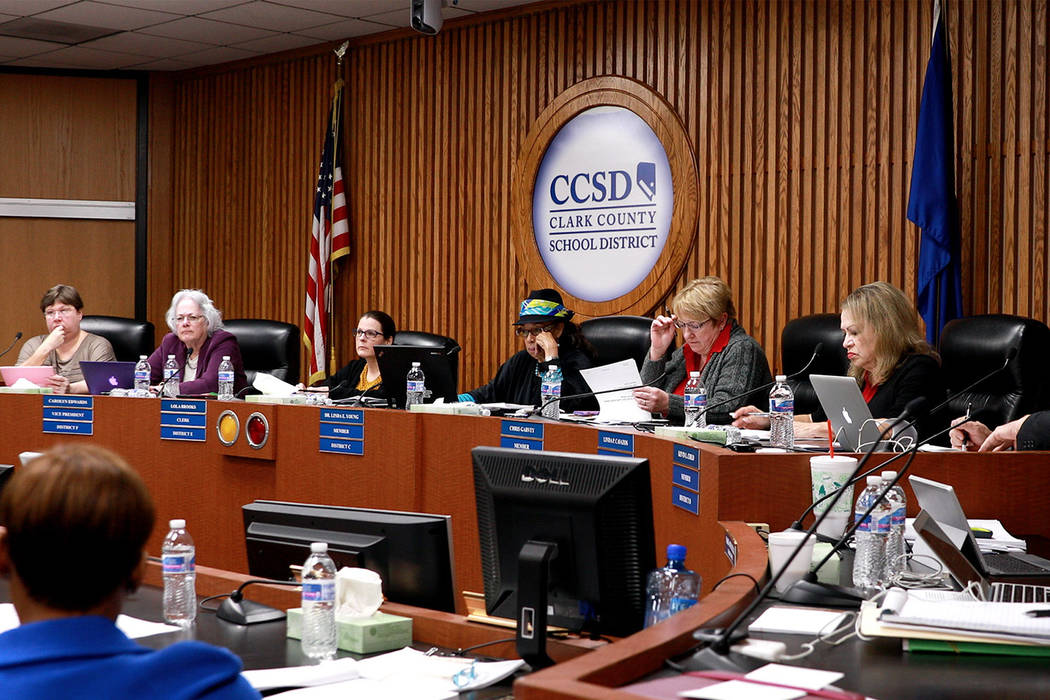 The Clark County School Board approved a $250,000 settlement Thursday night to end a lawsuit over hidden cameras and discrimination, roughly two years after rejecting an offer to settle for less.

Elena Rodriguez, who works as a student placement processor, sued the district and other parties in 2012, alleging she was demoted after bringing attention to hidden cameras at the Academy for Individualized Study High School. She also alleged that certain administrators discriminated against her.

That began a lengthy court battle, which included the offer of a $160,000 settlement in 2016 after a judge dismissed all but one claim.

The School Board rejected that settlement, sending the case to trial.

Though a jury sided with the district on that claim, Rodriguez and her attorney, state Sen. Tick Segerblom, appealed the case to the 9th U.S. Circuit Court of Appeals, which sent one First Amendment claim back to the lower court for consideration.

“My preference would’ve been never to have sued,” said Rodriguez, who plans to retire.“I’m talking to other people that have sued the district, (and) that’s their preference. What they really wanted the district to do was the right thing in many of these cases, where they would’ve really done an in-depth investigation.”

The vote to approve the settlement was 6-0 with no discussion from trustees.