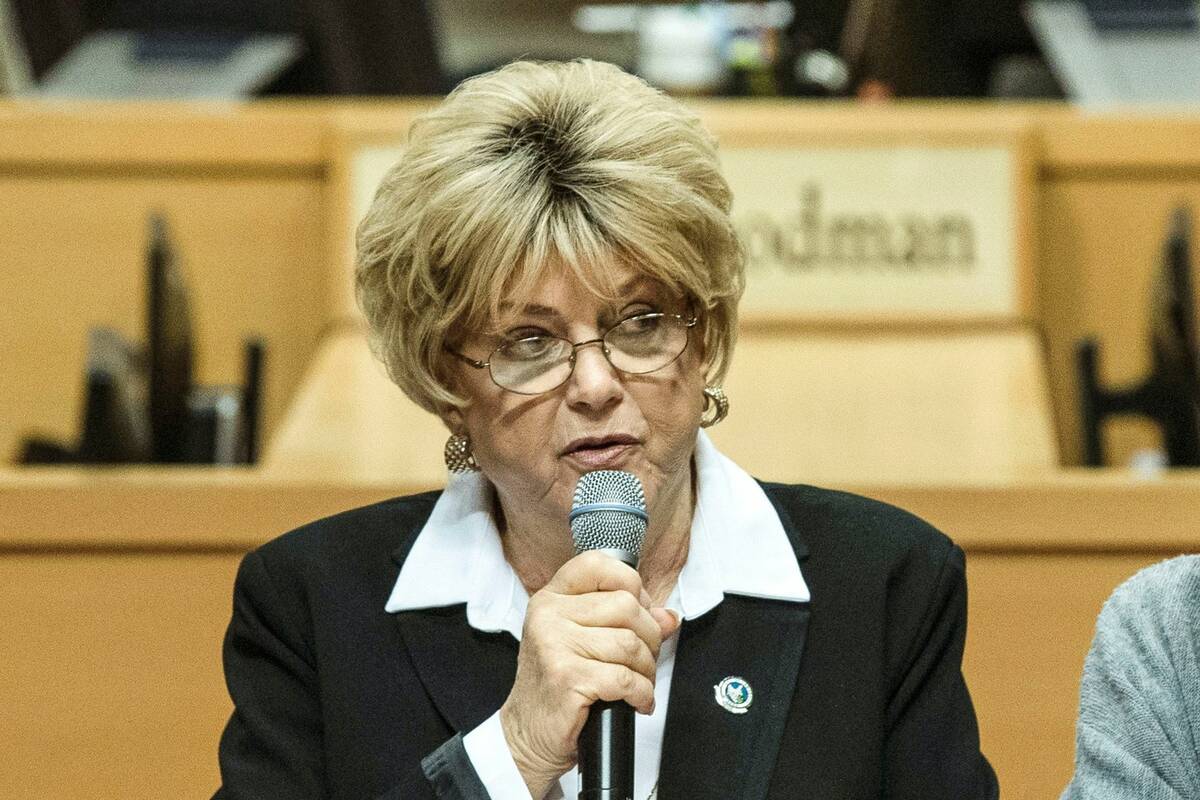 A state board voted unanimously Friday to approve a proposal backed by the city of Las Vegas to open a public charter school in August.

It’s the first time the state has considered or approved a charter school application sponsored by a local municipality.

Charter authority board chairwoman Melissa Mackedon said it’s a great opportunity to show Nevada “how cities can support education and really get behind this,” noting it also makes it critical to get it right.

In a Friday statement to the Review-Journal, Las Vegas Mayor Carolyn Goodman thanked the charter authority’s board.

“We look forward to opening for kindergarten through second grades starting in August,” she said. “The school will focus on bilingual education in both English and Spanish. We’ll have more details soon.”

It was the city of Las Vegas’ second attempt at getting approval to open its first public charter school.

In November, the authority’s board unanimously denied an application, saying it failed to meet minimum state requirements. The city revised its application and resubmitted it in mid-December.

The school received approval Friday with conditions, including that it must provide an updated enrollment lottery policy by March 1; evidence by March 1 that an executive director has been hired; copies of contracts with key service providers by April 30; evidence it’s complying with student transportation requirements; and evidence by Nov. 30 of securing a long-term facility.

Initially, the school plans to enroll up to 180 kindergarten through second graders. It will incrementally expand to serve to up 360 students through fifth grade.

It builds on the city’s already existing Strong Start Academy preschool program. The new elementary school will offer a dual language immersion program where students will learn in English and Spanish.

The charter school will initially operate in three existing city preschool facilities in the downtown area, but will eventually have one permanent location.

The applicant made a compelling case that the geographic area it plans to serve has a tremendous need for more high-quality schools, said Mark Modrcin, director of authorizing for the charter authority.

Also, the support from the city of Las Vegas is a “clear, unique and significant” strength, he said.

One noteworthy concern is it’s not evident that demand for the school originates from within its target zip codes, Modrcin said.

The city of Las Vegas is committed to the partnership with the charter school — financially and in a supportive role, said Tammy Malich, the city’s director of youth development and social innovation.

The city is actively seeking a long-term facility for the school, Malich said, and in the meantime will provide use and maintenance of already existing city facilities at no cost to the charter school.

Also, the city has committed to providing $1 million in fiscal support to the school as start-up funding, Malich said. The city council is slated to consider Feb. 16 whether to move the funds to the nonprofit that has been established for the school.

The city also is looking to create a job position as a liaison for the charter school, Malich said.

Authority board member Sheila Moulton expressed some concerns about any future change in city leadership and what impact that could have on the school, noting she wants to protect it so it doesn’t become a “political football.”

The city council voted 6-1 to support the charter school proposal, Malich said, noting the board as a collective body is in favor. The city also has an entire department all about education initiatives, she added.

In response to a question from a board member, Malich said the city will continue its fiscal and resource support for Clark County School District schools and will not divert any money away from those efforts.

After a lengthy discussion and deliberations Friday, the authority’s board voted 4-3 to deny a resubmitted application for Pioneer Technology & Arts Academy Nevada, which aimed to open in August in North Las Vegas.

The board also voted to accept the dissolution of Las Vegas Collegiate — a school that received state approval, but never opened and is voluntarily ceasing to operate.

The board approved the new elementary school for Las Vegas’ Historic Westside in December 2019. But due to the COVID-19 pandemic and facility-related issues, the school had pushed back its opening date a couple of times.

Additionally, the authority board heard an update Friday about Argent Preparatory Academy — formerly known as Silver State Charter School — in Carson City, which the authority voted to close in 2018.

A couple of former employees provided public comments urging action on promised severances they say were never paid. They said they were told that would come when the school’s building is sold.

The school was placed into court-appointed receivership in 2016 for both academic and financial reasons, charter authority Executive Director Rebecca Feiden said.

The school’s building has finally been sold, she said, and the receiver is in the process of winding down affairs at the school. Feiden said she expects that to be completed in the next several weeks.