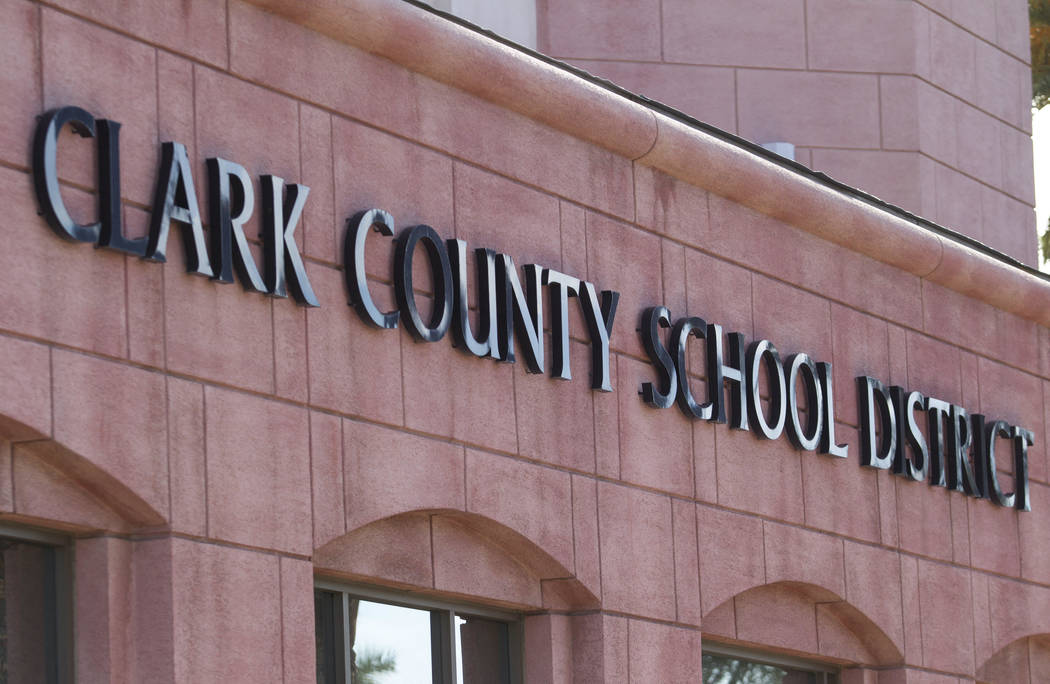 The good news for Humboldt: That’s about to change with roughly $1.6 million it will receive over the next two years in new safety funding from the state, part of roughly $75 million pumped into school safety initiatives statewide.

Clark County, on the other hand, has more than 175 school police officers, a sizable force but still not sufficient to cover the district’s approximately 360 schools.

The bad news for Clark: The school district is only receiving a fraction of what it asked for to help bolster school security.

The new funding for the 2019-20 and 2020-21 school years was approved by a Legislature increasingly concerned about school safety.

In Humboldt County, that money will pay for two more school resource officers and two social workers, among other safety initiatives.

“I worked with my staff and personnel to say, ‘Let’s make sure that anything we’re asking for is reasonable, that we can hire the people and that we can accomplish the work,’” said Superintendent David Jensen.

But the Clark County School District received only $12 million of its request for $34 million over the biennium.

“I have grave concerns for the safety of our schools,” Superintendent Jesus Jara told the School Board last week.

The nearly $34 million in new funding awarded this biennium supports both physical improvements — such as more police officers and camera security systems — and mental health supports. Another $15 million in facility improvement grants has not yet been awarded.

The money awarded so far includes an extra $9.9 million for the existing Social Workers in Schools grant, which will increase the number of mental health professionals in the state’s schools from 257 to 349, according to Amber Reid, education program professional for the state Department of Education.

That will add to the current funding for the program, which stands at $11.6 million each year of the biennium.

Even then, the state will still be far below the generally recommended goal of one mental health professional for every 250 students.

But the program has grown substantially since its inception in spring 2016, when the state had nearly 120 school social workers.

“We have a handful of rural communities that if you’ve got a kiddo with some mental health needs and you’re living in the middle of Nye County or Eureka County, it’s a significant challenge to get your kid in to see somebody, and it’s a full day (including travel),” she said. “One of the goals is to try to get at least one mental health worker in every district in the state to decrease that burden on our families for our kids that need those services.”

Funding focused on social, emotional and academic development will allow districts to create a program or curriculum that looks beyond a student’s academic well-being — ensuring they learn social and emotional skills to navigate everyday life.

Clark County must make do

The state’s largest district, Clark County, will need to work with a little more than a third of the funding it requested.

Roughly $5 million over the biennium should fund 30 to 35 school police officers over the four years, according to Sgt. Bryan Zink. That would boost the department’s current force of roughly 177 officers.

Most comprehensive high schools currently have two officers, while elementary and middle schools are served by roaming patrol officers. The extra funding would put officers back in the middle schools with the highest volume of calls, Zink said.

Meanwhile, the extra funding will add social workers at 28 schools. The district had hoped to staff 80 schools with professionals this school year and 60 more in the next, according to Assistant Superintendent Tammy Malich.

Clark County could receive more funding if other districts are not able to fill their social worker positions.

Additionally, the district will use its $3.2 million in social-emotional funding to offer a curriculum that schools may choose to use. That money will also expand the National Equity Project program, which the district hired last year to provide training to recognize implicit biases following threatening racist social media posts by Arbor View High School students.