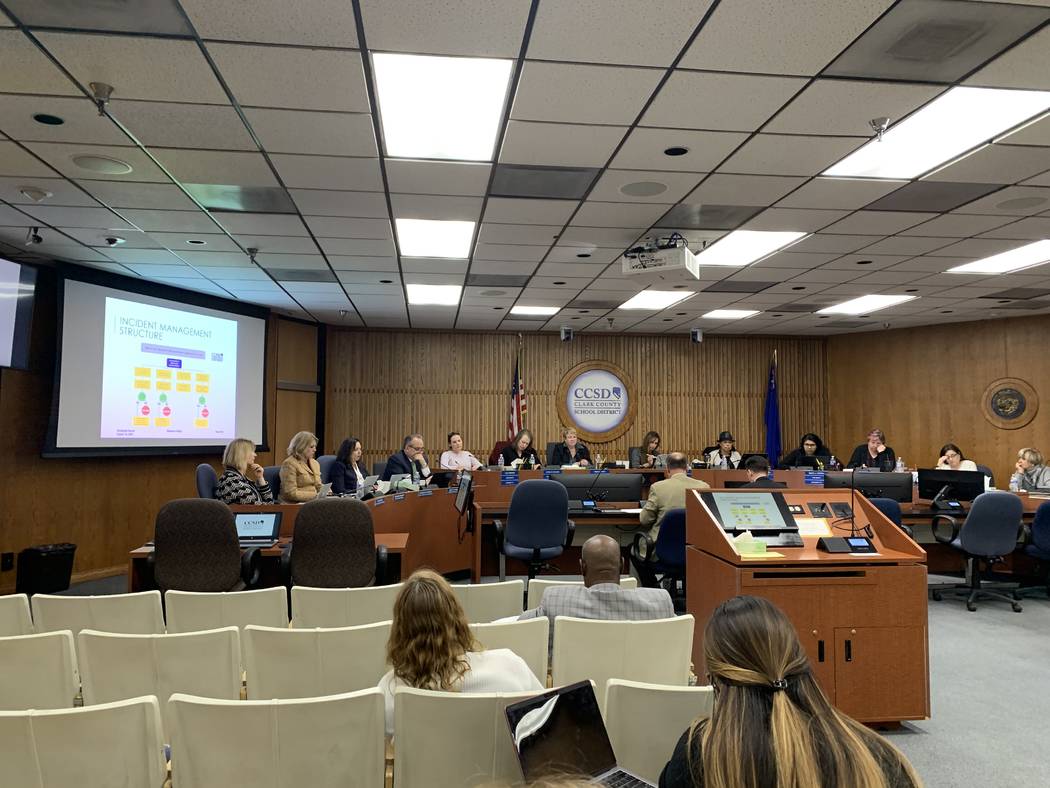 The Clark County School Board hears a presentation on the EthicsPoint system on Thursday, OCt. 10, 2019. (Amelia Pak-Harvey/Las Vegas Review-Journal)

The Clark County School District will launch an anonymous ethics reporting system for its more than 40,000 employees in January, allowing staff to document misconduct they see while on the job.

The EthicsPoint Incident Management system allows employees to file reports online or over the phone. Reports go through the third-party Navex Global software company, which runs the EthicsPoint system.

Employee information will not be shared with the district, said Joe Caruso, executive director of the district’s community engagement department.

The system is in use in 41 other school districts, Caruso said, and at companies such as General Mills.

After a report is created, the employee receives a confidential user name and password that can be used to log in to the system and add information and answer questions.

“This is so protected that we can’t trace the IP addresses,” Caruso said. “… We want to know what the issue is and then determine if it’s substantiated or unsubstantiated.”

The community engagement department would investigate with the appropriate parties. The system could cover reports of fraud, abuse and other misconduct. The initial cost will be $49,430.

“I think it’s going to feel like a burden off their shoulders,” Trustee Deanna Wright said of employees. “Sometimes you just need to know there’s somewhere to go.”

The board also approved a new 2019-21 contract for the district’s police officers.

The agreement, estimated to cost roughly $38 million over two years, includes a 3 percent raise. It also includes a 4 percent increase in health care contributions for each of the two years. And police officers will receive one step increase each year.