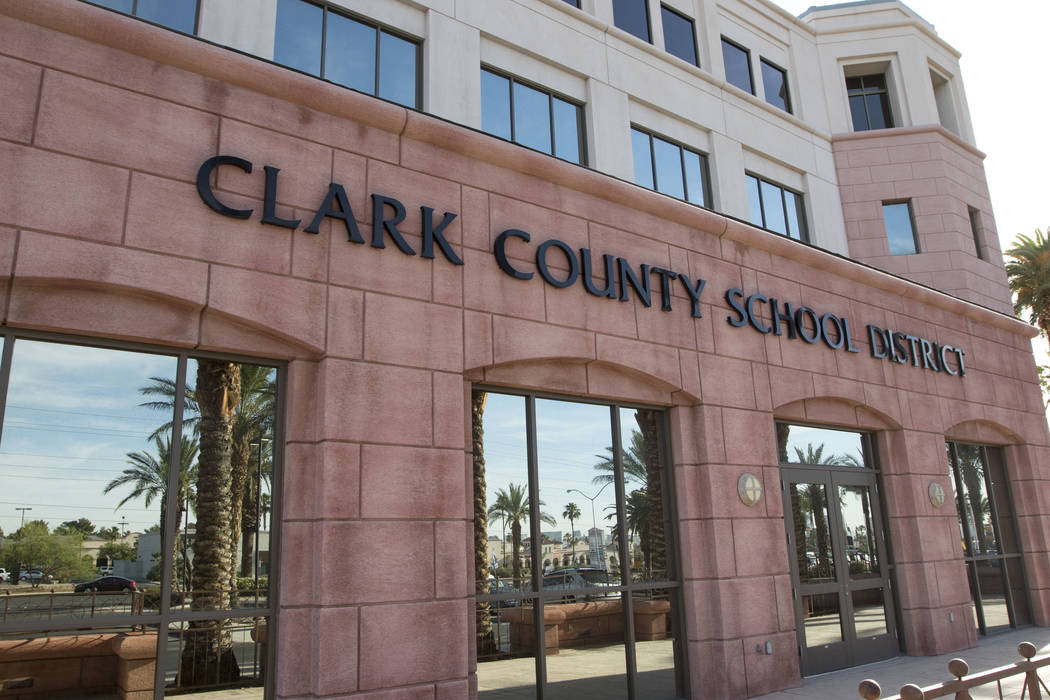 The Clark County School District and the teachers union have reached a three-year agreement, ending a lengthy and contentious battle that led to arbitration and a court appeal by the district.

The agreement announced by trustees at a School Board meeting Thursday runs through the 2020-21 school year. It is the longest contract reached between the two parties in at least a decade.

The district agreed to pay the amount called for in the recent arbitration decision, which includes $51 million to provide step increases for salaries and increased health care contributions for licensed personnel contracts in the 2017-18 and 2018-19 school years, and $17 million to fund the first year of implementation of the Professional Growth System.

“Resolving this concern has been one of my first, top priorities in order to build teacher morale,” new Superintendent Jesus Jara said in a statement. “We value the hard work of our classroom teachers. They are the most critical factor in improving student achievement.”

Union officials said they were pleased with the agreement.

“Superintendent Jara and the CCSD Board of Trustees have demonstrated their commitment to resolve problems, and we appreciate that,” Vikki Courtney, president of Clark County Education Association, said in a statement. “Ensuring that our schools are adequately funded and that educators get the pay that they’ve earned and deserve forever remains our top priority.”

Rancho High School teacher Robert Cowles, who was at Thursday’s meeting, was pleased to see collaboration between the two units, he said, but had concerns.

Details of the agreement

Association members and trustees still must to ratify the agreement.

The union plans a member meeting next Thursday to present the agreement for ratification, which the union recommends. All dues-paying members are eligible to vote.

The agreement affects all teachers in the district, even those who aren’t union members.

All licensed teachers should expect to see the step increase — approximately $1,351 — within 30 days of final approval. A payment will be made to the Teachers Health Trust under the same time frame.

About 2,500 teachers who are affected by the Professional Growth System will see the step increase and an increase of about $5,500 for completing the growth plan.

The School Board is set to vote on the deal Sept. 20.

Less than a week later, the district appealed the arbitration, citing inability to pay.

While the district was appealing the arbitration award, schools were instructed to reopen their budgets before the 2018-19 year and made cuts on a per-pupil basis. In some cases, the cuts were drastic and led to increased class sizes, although principals reported they attempted to make cuts which would have the smallest effect on students.

On the same day, it was revealed that the school district had made an offer to give all five of its unions — teachers, administrators, support staff, police officers and police administrators — a one-time, 3 percent bonus while the district court judge was considering the case. The offer was made in an effort to close all open negotiations and start with clean slates moving forward.

The district said it would be unlikely that both the arbitration award and the one-time offer could be paid for. In early August, at least two unions told the Review-Journal they were not interested in the one-time offer.

Thursday’s announcement brings an end to the saga.

Both sides also said they have agreed to work together during the 2019 legislative session to push for increased funding for teachers.

“It is time to bring an end to this chapter, to move forward in building a better relationship with CCSD and to secure more funding for our students, schools, and educators’ salaries and benefits,” the union told teachers in an email.

In a statement, Jara said he’d like to see money to improve class-size ratios for teachers — which a recent study said were the worst in the nation — and to improve morale for employees across the district.

“This agreement essentially binds the parties together to work collaboratively and strategically to secure extra funds,” he said.