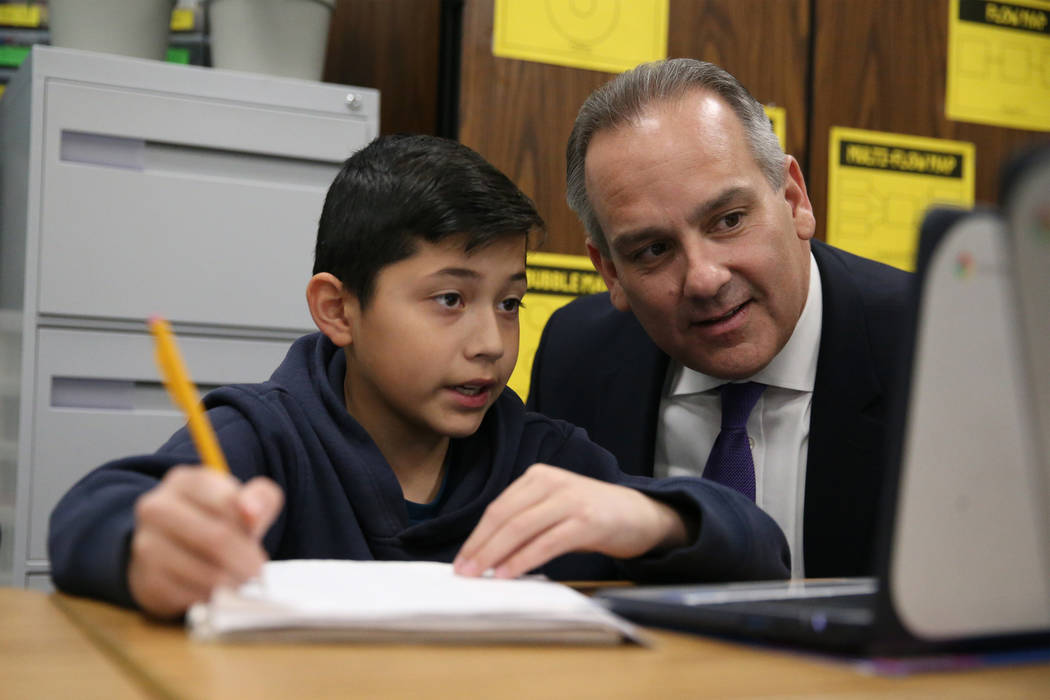 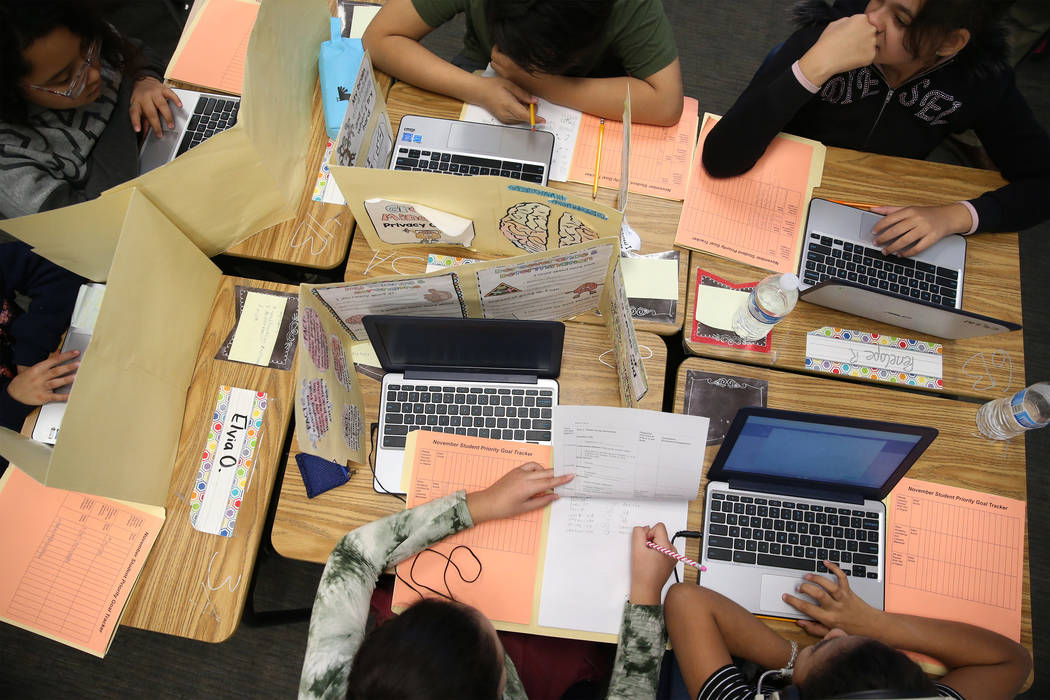 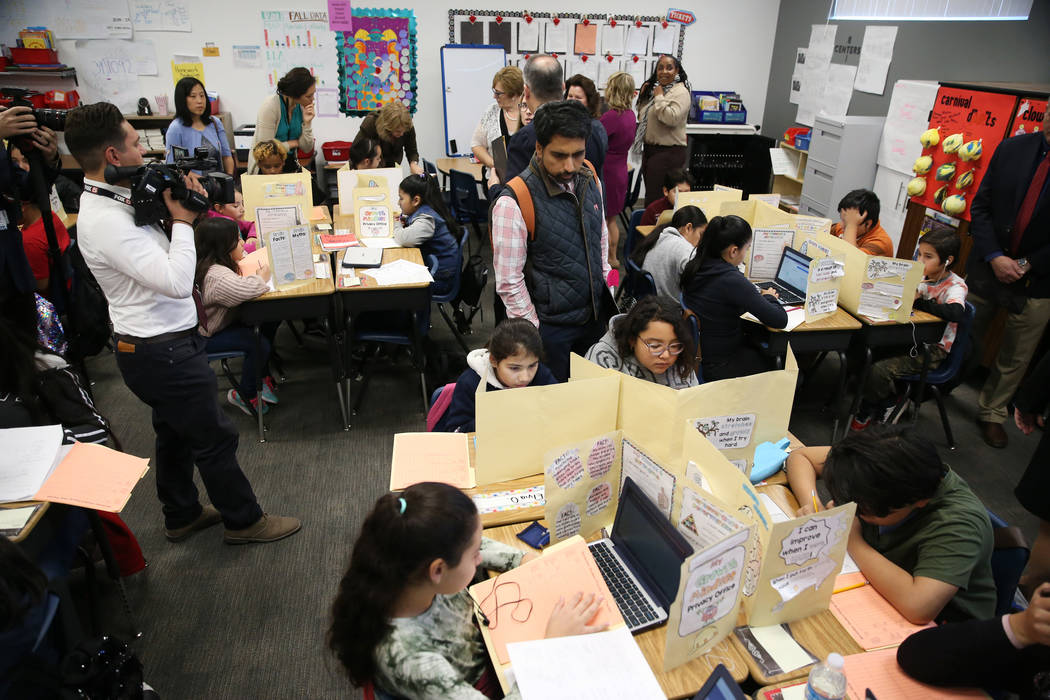 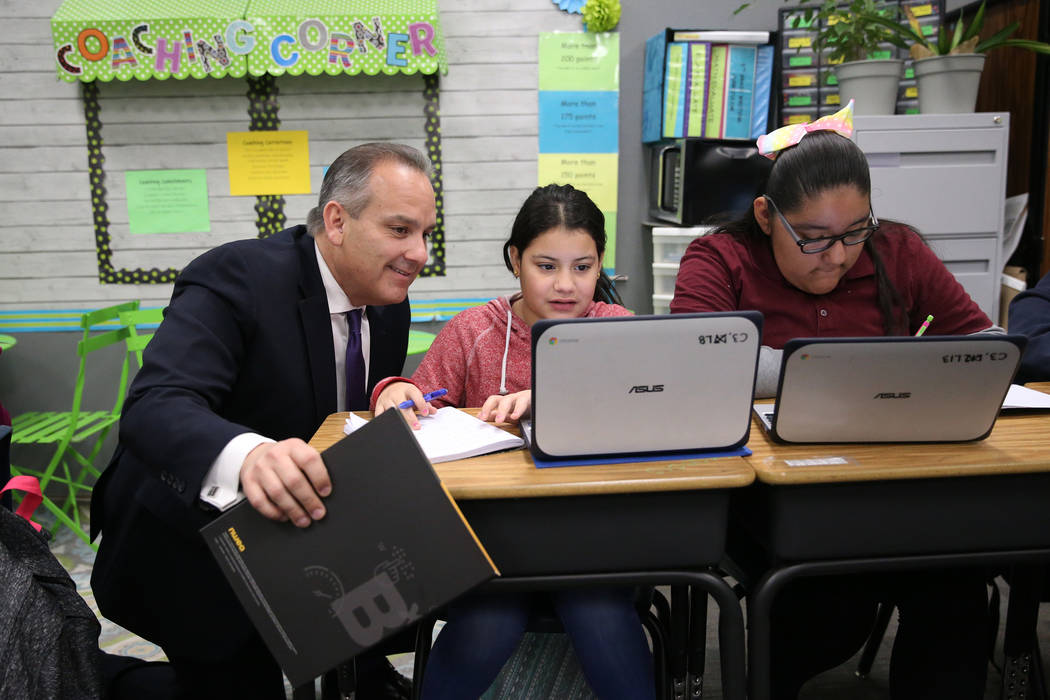 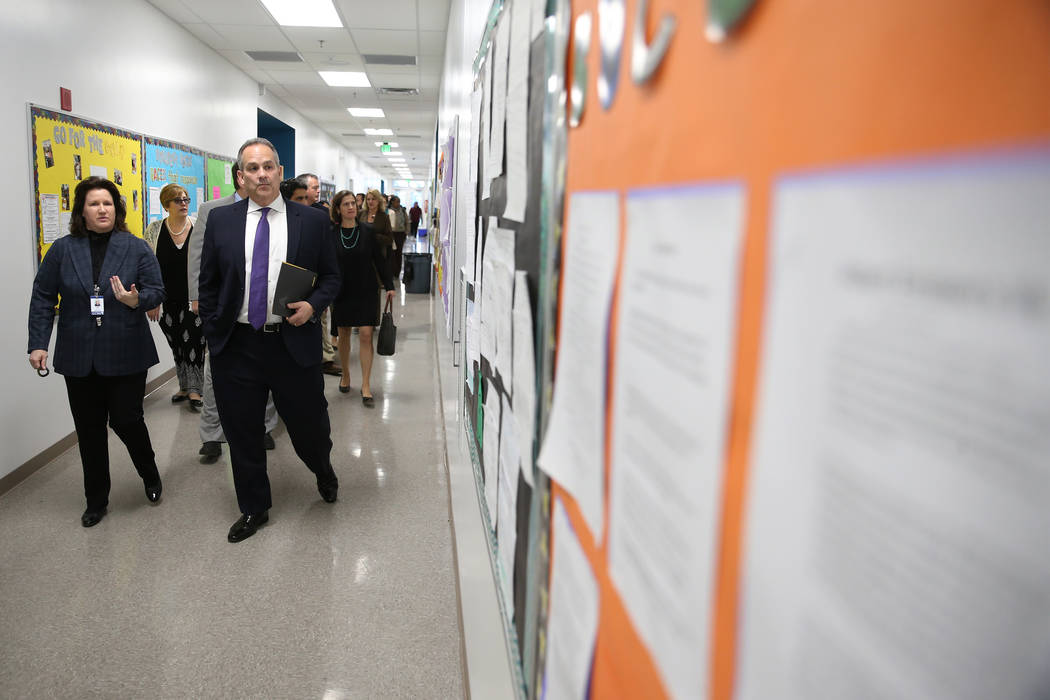 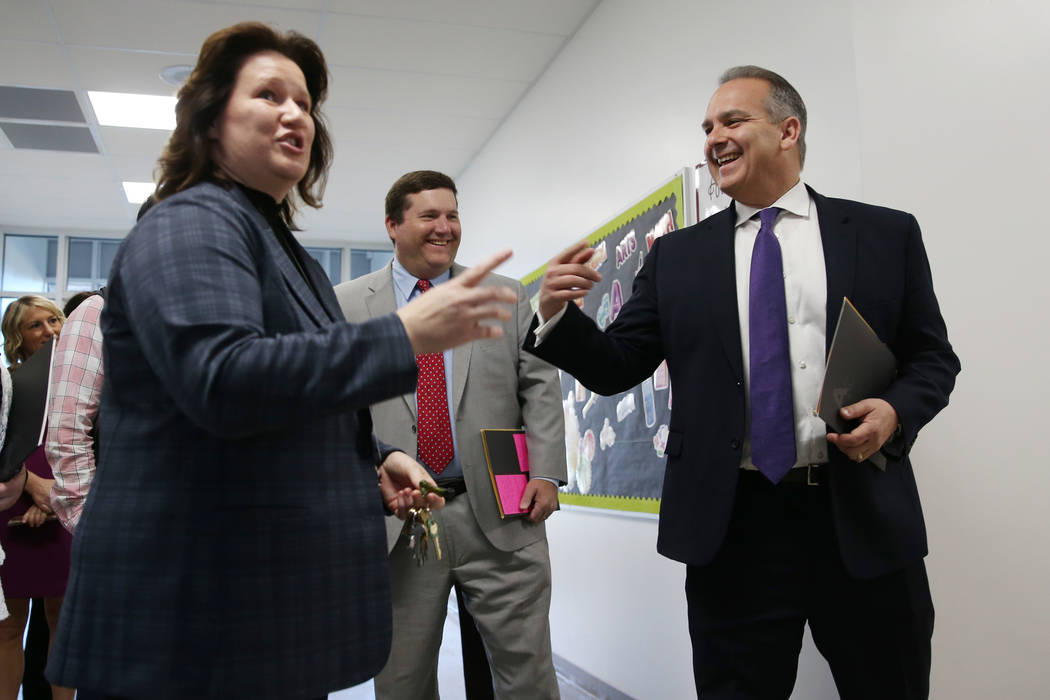 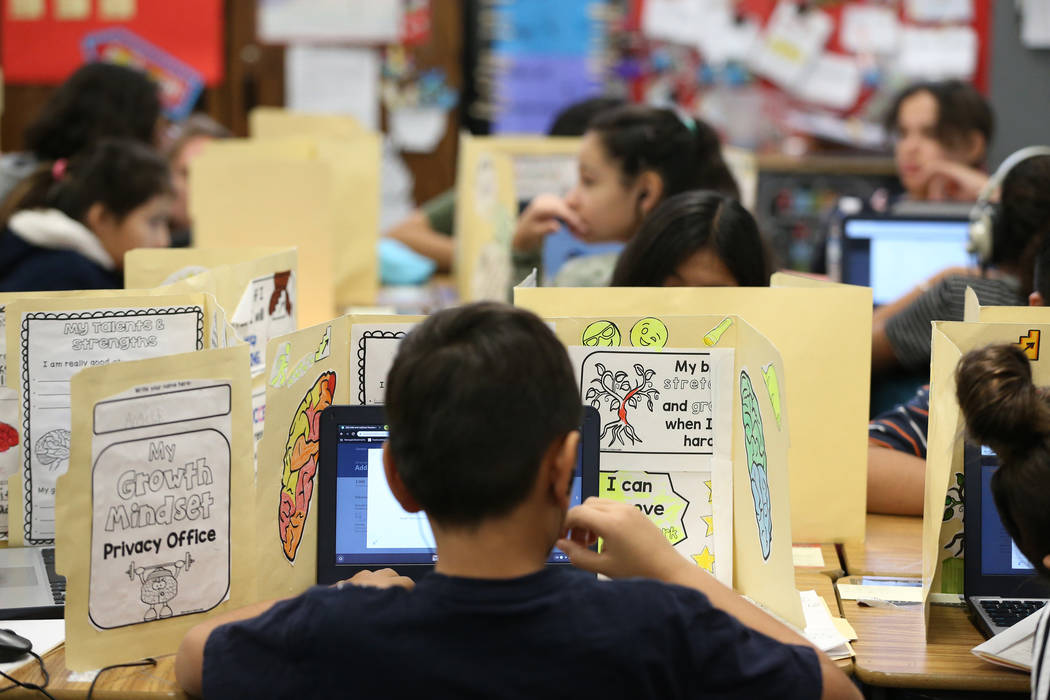 The Clark County School District is beefing up efforts to reach ambitious academic proficiency goals by 2024 with increased testing throughout the year and a new learning tool designed to lift lagging students.

The new initiative, which began this school year, expands administration of the Measures of Academic Progress (MAP) Growth assessment in English and Math from kindergarten to ninth grade, up from the previous district requirement of kindergarten through third grade. It also adds science MAP testing in grades three through nine.

The test, which is given three times throughout the school year in Clark County, shows progress and deficiencies in student learning throughout the year. It is used to measure students’ progress toward proficiency on the year-end Smarter Balanced test.

The state only requires MAP tests in English for kindergarten through third grade.

Ninety schools in Clark County also are piloting new software created by the nonprofits Khan Academy and NWEA, the creator of the MAP Growth assessment — to provide hyper-local instruction to boost math MAP scores. Only five school districts nationwide are participating in the pilot program.

The MAP Accelerator software guides students through concepts on the MAP test, quizzing them on their knowledge and using Khan Academy video tutorials to review material they have not yet mastered.

“It personalizes the learning for students and it allows us to see … and drill down into the data to address some of the huge gaps that we have,” Clark County Superintendent Jesus Jara said during a tour of Crestwood Elementary in Las Vegas on Thursday.

Jara sought to pre-empt potential criticism that the district is simply teaching students to pass a test, noting that the tool is aligned with state academic standards to which the district is held accountable.

He also noted that the tool is not replacing instruction from teachers.

“It’s really the teachers driving the work for the individual … because not everybody in that class is in the same spot,” he said. “I think this is now going to be the individualized software that our kids need.”

Jara’s five-year plan, Focus 2024, aims to have more than 60 percent of students reach proficiency in the year-end English test for grades three through eight. In math, the goal is 58 percent proficiency in elementary school and 48 percent in middle school.

The $3.9 million deal with NWEA for the software was funded in part by $479,700 in federal funding and money from the district’s Turnaround Zone initiative, which Jara eliminated.

But the vast majority of the cash came from a $3.4 million donation from a private donor whom Jara declined to reveal.

Pilot schools have some flexibility in how to use the software. The tool currently only provides math instruction for third through eighth grade, although both nonprofits hope to release an English-proficiency version next school year.

At Crestwood, students use the MAP Accelerator on Mondays and Wednesdays for personalized math instruction.

Principal Karin Kip is using the tool to take a closer look at academic performance data for the school, which declined by nearly 10 percent in math proficiency this year.

“We realized that math was an area that we needed to focus in on,” she said.

Cynthia Morgan, a fourth-grade math teacher at Reed Elementary, likes the tool because it individualizes instruction for her 30 students, each of whom have different levels of understanding.

“I also enjoy it because it gives them tutorials if they’re not sure as to how to solve something. It actually shows them how to do it,” she said. “That way they’re not always asking me, ‘Hey, Ms. Morgan, I don’t understand this. How can you help me?’”

Morgan is hoping to see gains when her students take the MAP test again in the winter.

“I don’t see why they wouldn’t, because again my students are really doing well with it,” she said. “I already see how well they’re doing in the classroom.”