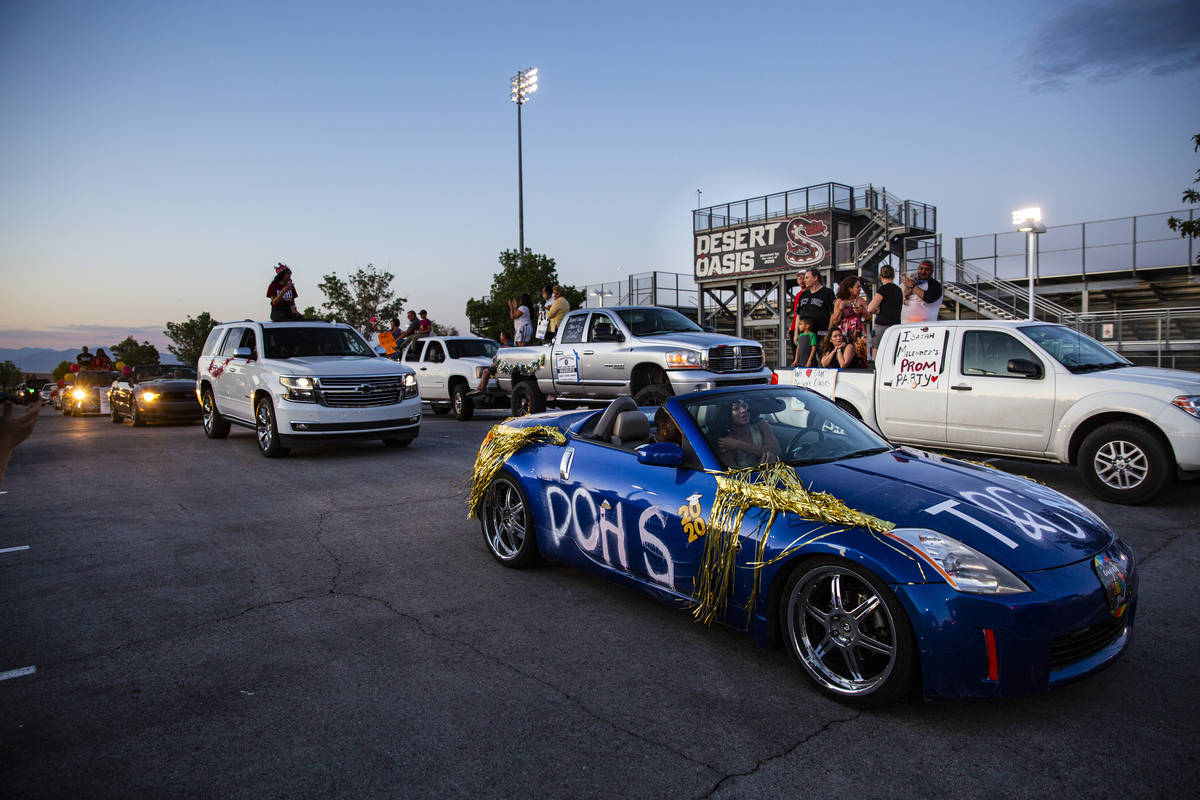 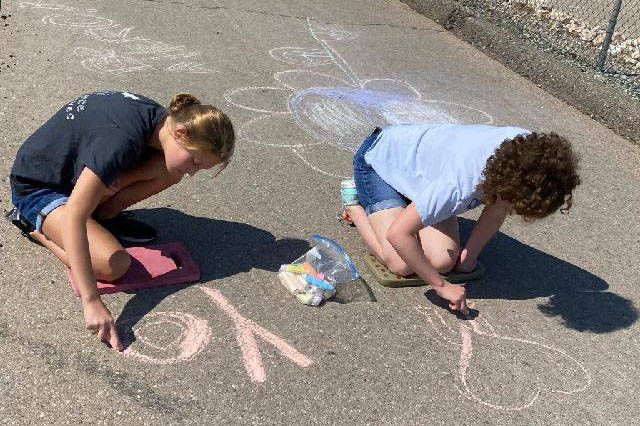 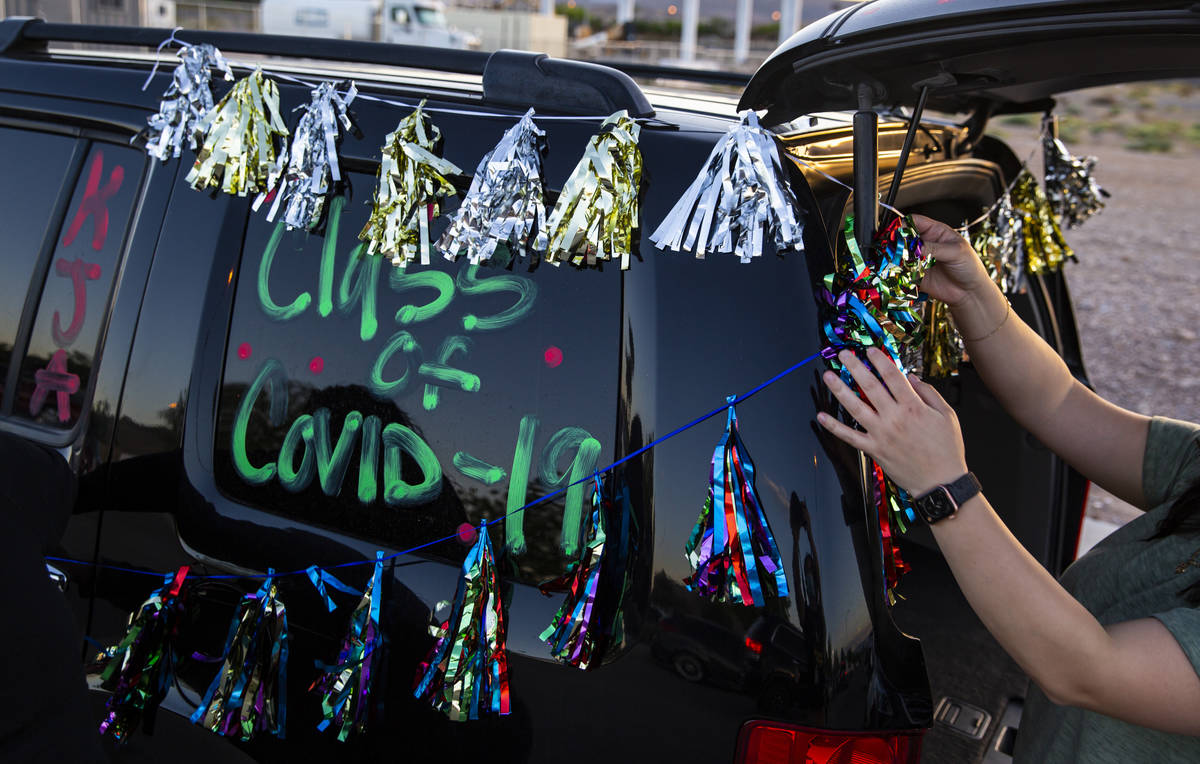 When Centennial High School’s student council adviser Alyssa Marie Torres started planning for the virtual 2020-21 school year, she knew the loss of homecoming would be especially sad for the school.

But the student council was adamant about finding a way to keep the tradition going, she said, even if it meant filming a pint-sized parade and playing a video game instead of a football game.

At Centennial, that meant Homecoming Week saw the court announced on Instagram using Bitmojis. For the traditional parade, clubs built shoebox-sized floats and sent them around the school track in a livestreamed event. The varsity quarterbacks from Centennial and Arbor View then took to Madden NFL to play out a long-standing rivalry.

The key was to consider what kinds of activities most students would want to do, said student body President Caden McKnight; while not everyone wants to post pictures of their crazy socks on social media, plenty of students play video games.

“I think none of us really imagined this year would be going the way it is. I don’t think it would have been fair for us to just throw something together,” McKnight said. “Having the mindset of putting yourself in the other students’ shoes and getting us connected that way has been the greatest challenge, but also what’s been most successful.”

Brainstorming a range of activities has also recently resulted in a livestreamed Family Feud game night, and a rock hunt around the school with clues posted to Instagram. The student body has been even more responsive to these activities than in years past, said first Vice President Savannah Peterson.

‘Looking for something to do’

“Most of the time, lots of student council kids show up, and not many other students show up,” Peterson said. “This time around, I think people are looking for something to do.”

“I think they’re trying to do everything they can to reinvigorate kids and bring them back into the fold,” said Principal Keith Wipperman. “They’re struggling too, they’re going through the same things the other kids are going through, and the way they’ve been able to pull through for the rest of the student body has been impressive.”

A solid campus culture and climate has an important impact on students’ overall well-being, said Opportunity 180 Executive Director Jana Wilcox Lavin. It’s built on connections and relationships that might look different in an online environment.

“In a physical environment we might get a lot more body language, which is much harder to gauge online,” she said. “What worked before might not work now.”

Opportunity 180 recently compiled campus climate survey results from the Nevada Department of Education that asked students how they felt about relationships, cultural competence and emotional and physical safety at their schools, with the results disaggregated by school and ethnicity.

Though the data was collected while schools were in session, Lavin said it gives teachers and administrators a reference point in building an online culture and community. Setting up brain breaks, breakout rooms and social lunches can provide a well-rounded virtual learning experience, she said, but building trust can be as direct as asking students what their needs and preferences are.

This year’s students have grown up with social media, smartphones and laptops, and student council representatives have used that to their advantage to plan virtual events, said Kayla Smith, Southern Region representative for the Nevada Association of Student Councils and senior class historian at Shadow Ridge High School.

Still, adjusting some activities to the virtual environment — like decorating the school hallways for Homecoming Week — hasn’t always been easy, Smith added. Video calls work for virtual assemblies, but she said she’s yet to hear of a school trying to hold a prom on Zoom.

Smith said that while participation from the student body has been strong all around, it’s freshmen and senior students in particular who take to virtual activities.

“At first, people were upset, but very quickly students realized you just have to have hope and live in the moment,” she said. “If you participate in the things we’re doing, quarantine is going to be a lot better.”

Service has also been a driver of school projects during the pandemic, with the student councils at Frias Elementary School, Tarkanian Middle School and Desert Oasis High School teaming up for a PB&J-athon — a virtual sandwich-making marathon to benefit the Care Complex of Southern Nevada.

Tarkanian students piloted the project when schools first shut down by making sandwiches at their homes on a video call, stacking up 810 in less than 90 minutes, according to leadership teacher Jeanne Clayton.

While they were initially disappointed to hear that schools would remain closed, students have since taken on planning Netflix parties and pumpkin carving competitions and run an Instagram feed full of self-care advice, Clayton said.

“I think students are really craving that connection,” she said.

Frias Elementary Principal Pamela Lindemuth said the student council itself had to adjust to the virtual environment, with campaign speeches recorded and uploaded to a Google Drive and voting done online. Since their election, students have organized classic school events like themed dress-up days — though students now dress up to attend their classes from home.

“Those are the days they really look forward to,” Lindemuth said. “It puts an extra pep in their step.”

One of the council’s latest projects is writing postcards to fellow students with messages about grit and perseverance, Lindemuth said, as another way to promote wellness and connection within the student body.

“Those are things that define who we are,” Lindemuth said. “We don’t want to let that fall to the side and we want to let kids know that these things still matter.”