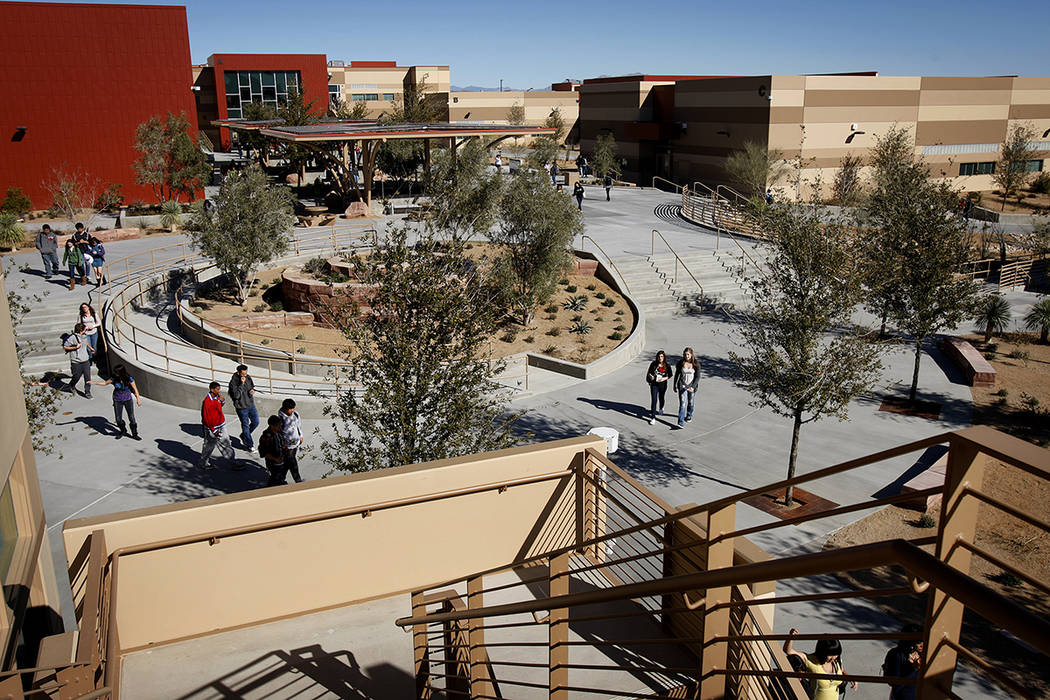 The CCSD Board of Trustees approved Thursday the fourth revision to the district’s 2015 Capital Improvement Program, which lays out planning for facilities and maintenance.

CTA’s have been immensely popular in Las Vegas since they were introduced in the mid-1990s, according to a presentation by Chief of Facilities David McKinnis and Director of Construction Management Jeff Wagner, with 22,000 applicants for 15,201 available seats in the 2019-20 school year. The magnet schools offer pathways in areas like engineering, medicine and hospitality.

The district is also budgeting an additional $20.5 million toward a new 600-seat school at Maryland Parkway and Oakey Boulevard, which will jointly house Global Community High School and a proposed secondary program — a decision which caused some controversy, as Trustee Danielle Ford said Global administrators were not warned that they may share the new space.

Other facilities priorities for CCSD include modernizing and renovating existing schools using previously planned funds for elementary school classroom additions. Approximately $406 million of the available funds would be spent on electrical, HVAC and painting and carpet updates for the 290 schools that are over 20 years old.

CCSD’s total capital improvement needs as determined by the 2015 CIP are $10.83 billion, with about $5.4 billion needed for modernization and replacement.