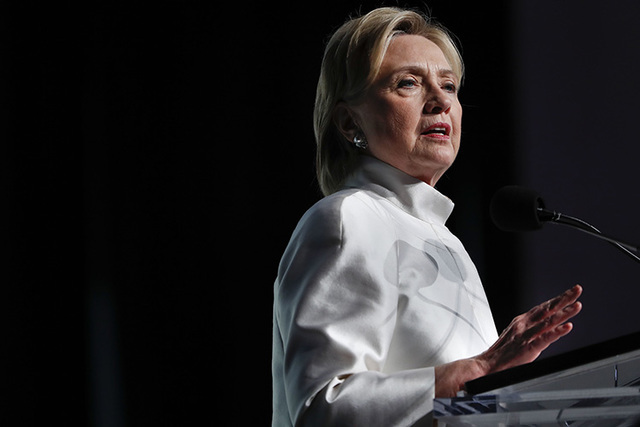 Hillary Clinton’s sweeping plan to make college more affordable — sparing 88 percent of Nevada families from paying tuition at in-state, public institutions — has been received with a mix of praise and skepticism from higher education insiders.

The presidential candidate’s campaign last week released details about the plan, saying that by 2021, about 24,000 Nevada students with a family income of $125,000 or less will be eligible for assistance. Some laud Clinton for tackling the rise of college costs, but others point to political obstacles that stand in the way.

“Free tuition plans have been talked about over the past several years, and university presidents have reacted pretty unanimously to ask: How do you pay for that?” UNLV President Len Jessup said Tuesday while meeting with the Review-Journal’s editorial board. “I’m scratching my head, wondering how a free tuition program would work — the economics of it all.”

Tuition costs have spiked nationwide for decades as states have diminished their investment in public colleges, and Clinton’s proposal aims to reverse that trend by cutting student loan interest rates and expanding existing aid programs. The overhaul plan includes proposals to make sure students finish their degrees and that they have the option to refinance federal loans.

“We need to reprioritize our commitment, especially for students who enroll in state-funded public institutions,” said Michelle Asha Cooper, president of the Washington, D.C.-based Institute for Higher Education Policy. “The biggest challenge (for Clinton’s program) will be working with the states around what they can provide support for — every state’s very different in terms of the funding that they have. Nevada doesn’t even look like California, and they’re right next to each other.”

In Nevada, policy experts are hopeful that federal pressure will encourage lawmakers to invest more money in a higher education system whose budget was slashed in the wake of the recent economic recession. According to the State Higher Education Executive Officers Association, higher education funding in Nevada shrank by nearly 35 percent from 2010 to 2015, down to $7,023 per student. The national average was 15 percent.

“The Clinton plan hopefully will prompt states to reinvest in public higher education,” said Magdalena Martinez, who oversees education programs at The Lincy Institute, a UNLV-based think tank. “A federal mandate, however, may be a double-edged sword in that states will have to cut from other services in order to provide no or significantly reduced college tuition plans.”

Ideally, Martinez said, states should craft their own tuition relief plans before the federal government does. Tennessee, for instance, has a program that covers tuition and fees for two-year degrees for the state’s high school graduates after Pell grants and other funds are exhausted.

“The main sticking point of this plan is the fact that neither Congress nor the state legislatures, as they are constituted now, will want to agree to cooperate,” Sondra Cosgrove, a history professor at the College of Southern Nevada, wrote in an email last week. “Unless voters who approve of this plan vote down ticket for representatives in Congress and the state legislatures who will vote yes, this will go nowhere.”