If you are having problems accessing today’s e-Edition, please click on this link VIEW E-EDITION
By Natalie Bruzda Las Vegas Review-Journal
September 21, 2018 - 10:24 am 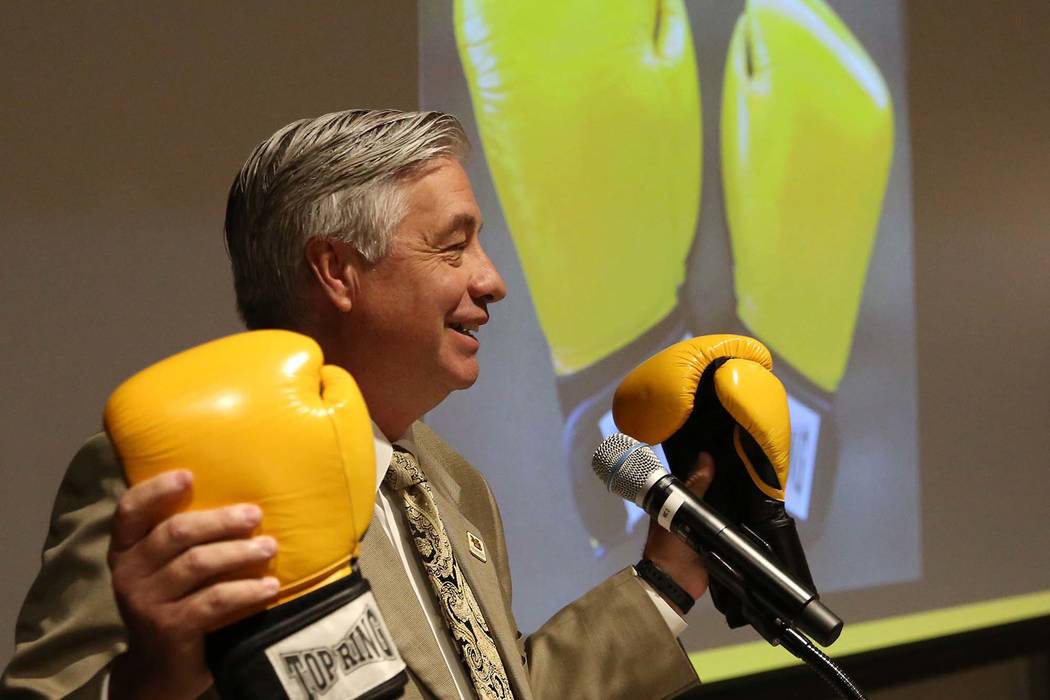 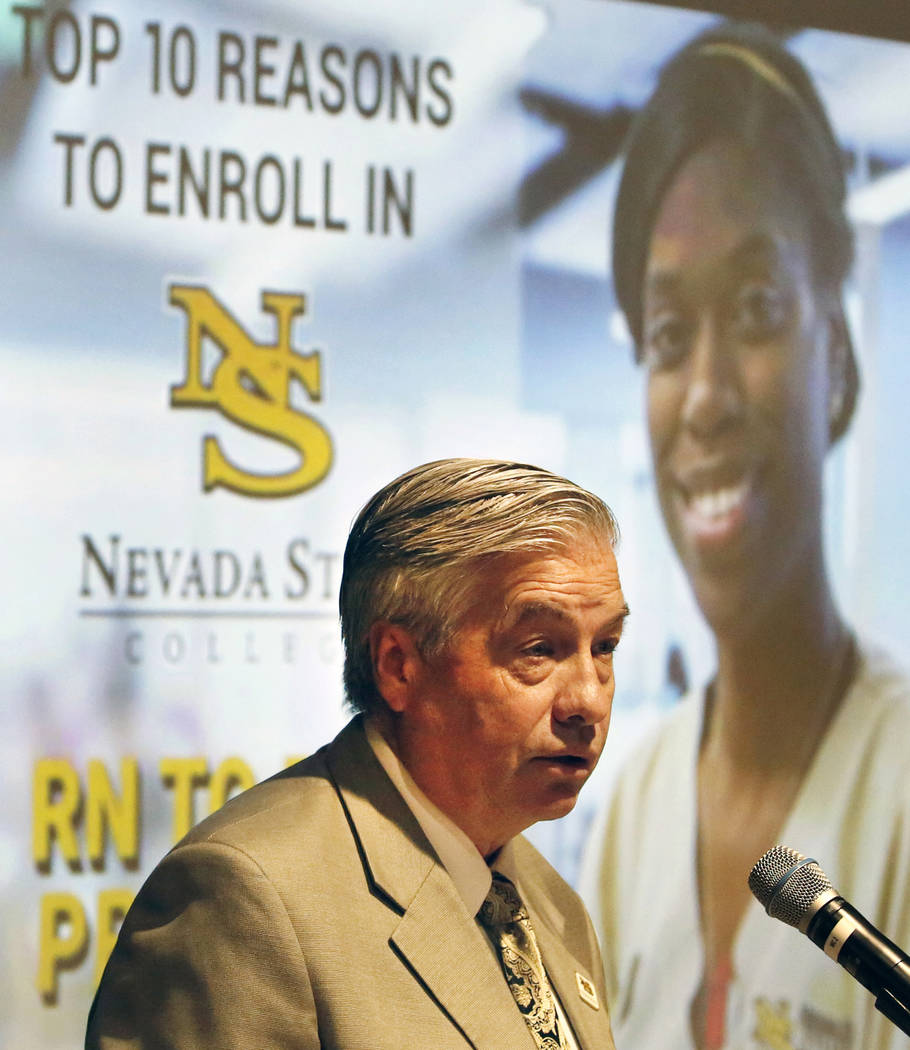 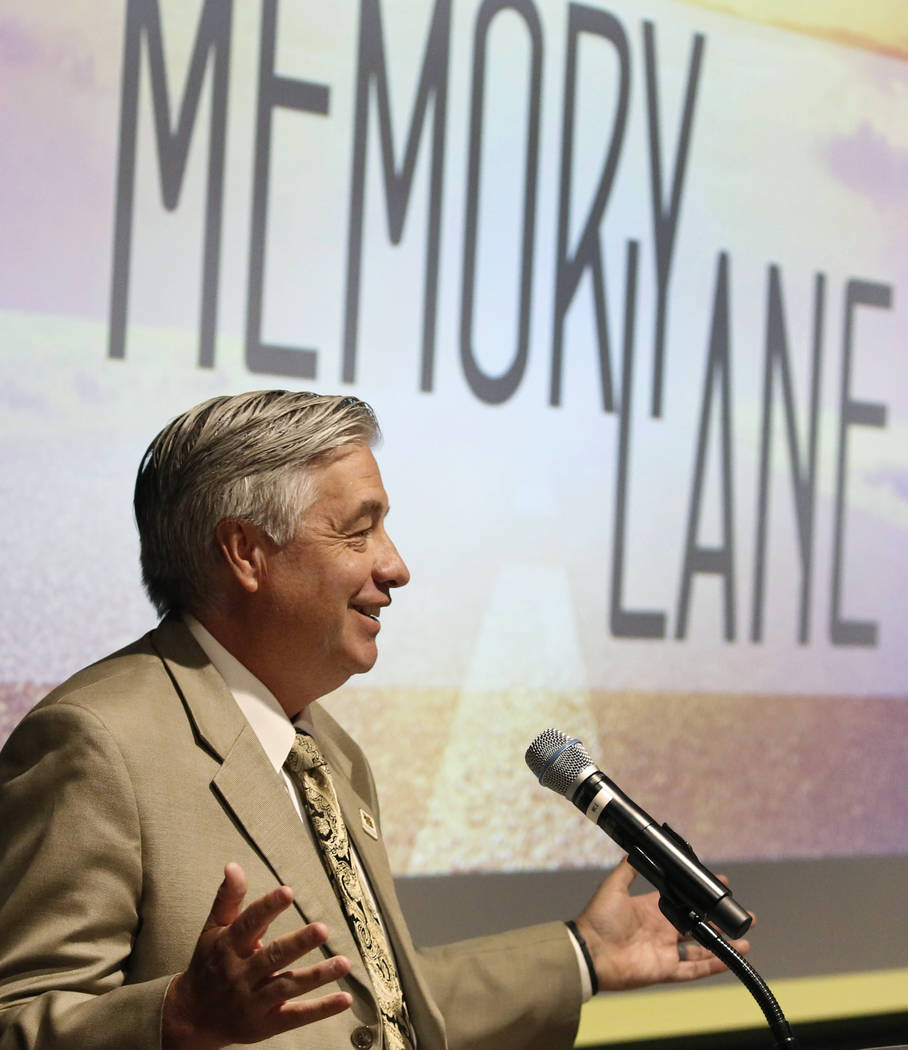 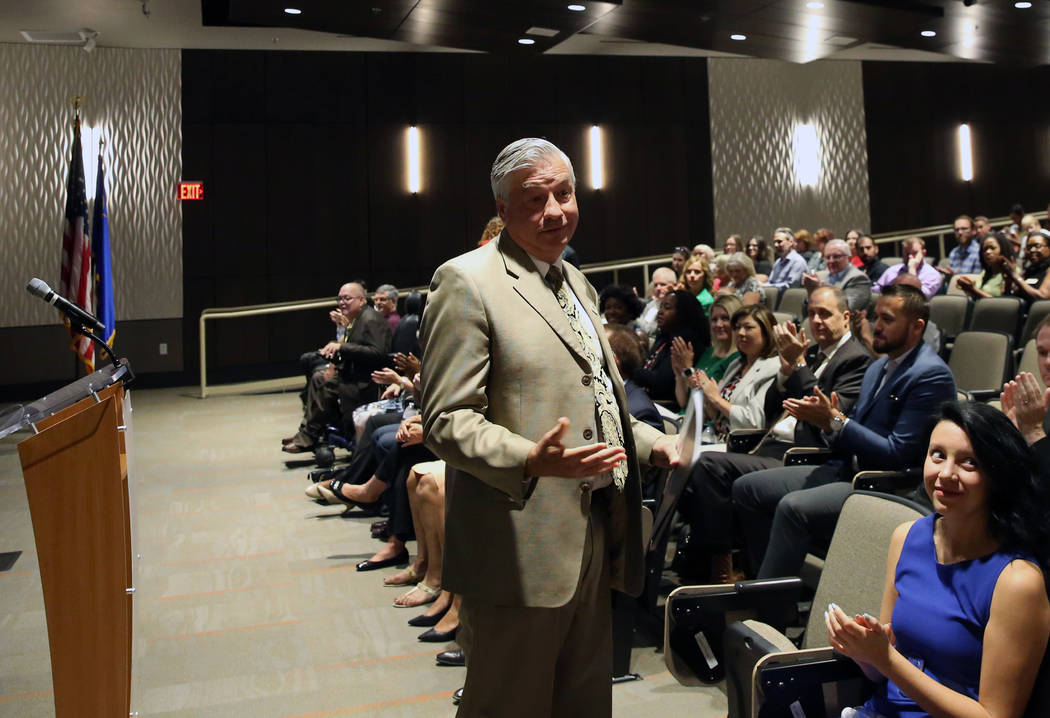 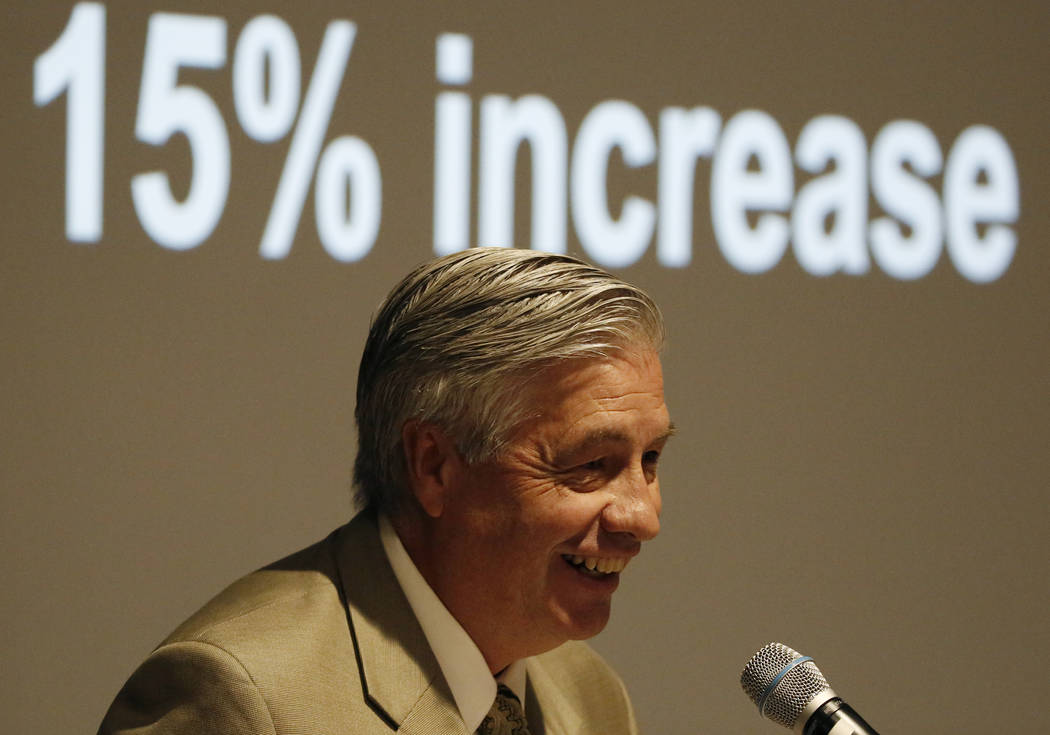 Word of mouth is the best advertisement for Nevada State College, where news of its affordability and family feel makes its way to high school seniors and draws them in.

It’s been working so well that the college has experienced “explosive” growth over the past two years and is in the No. 2 spot on a list of the nation’s fastest-growing schools.

“We’re seeing a lot more students who are choosing Nevada State College as where they want to start their college experience, so that’s exciting,” NSC President Bart Patterson said during a phone interview. 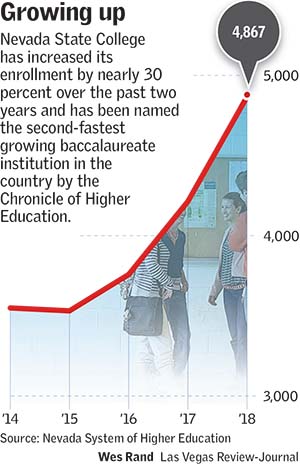 The college welcomed 4,867 students to campus this fall — a 15 percent increase over the year before.

Patterson said the “word is out” regarding the college’s attributes, even as recruitment staff levels and marketing messages have remained the same.

“We’re always looking for ways to connect with students,” he said. “But we really think the large increases are due to students coming here because they feel comfortable with the environment, the small class sizes and the family environment of the campus. Students are telling their friends and family about us.”

“It’s a different feel,” Opfer said. “It does feel like a family. There’s never a reason for you to fail at this institution. Everyone is there to help you.”

Affordability and the campus being close to home were two major selling points for Opfer, a Henderson resident, with the affordability aspect being a draw for many other students as well.

Fall 2018 in-state tuition at NSC is $2,055 per semester for a 12-credit course load. UNLV costs $2,688 this fall. Meanwhile, enrollment numbers at UNLV and the College of Southern Nevada are in line with where they were last year, with just over 30,000 and 35,000 students, respectively.

CSN’s new Promise Scholarship, however, is partly responsible for a 3 percent boost in the full-time student population, which has grown from 18,542 in 2017 to 19,142 students this fall.

“I am thrilled that our enrollment this semester is above where it was at this time last year, despite a national trend of declining enrollments at community colleges,” Zaragoza said. “The fact that our popular programs continue to be in those areas critical to the local community means that we’re doing what community colleges do best: We’re responding to local need.”

Substantial growth at NSC, while exciting for the 16-year-old institution, comes with many challenges, especially financial concerns.

Absorbing a 15 percent increase each year would mean the college would double in size within six years.

“Obviously the kind of explosive growth that we’ve had is challenging,” Patterson said. “We feel that the state is not prepared to fund the construction that would double the size of the campus at that level. So we’re having discussion primarily around how to better manage growth.”

The caution is understandable, given past experience.

In 2015, the college opened two new buildings — a nursing, science and education building and the student center — but the academic spaces were constructed without financial contribution from the state. The college financed the buildings by asking students to pay additional fees and by reallocating operating dollars to the construction effort.

“Notwithstanding the lack of capital funds, Nevada State College was going to continue to grow,” Patterson said Tuesday during his annual state of the college address.

Looking forward to the 2019 legislative session, the Nevada System of Higher Education will ask the state for money to build a new education building. But the dollar figure for that structure — initially estimated at $40 million — has increased to $70 million because of rising construction costs.

Meanwhile, finding money for the numerous deferred maintenance projects on all the state’s campuses has been difficult, NSHE Chief Financial Officer Chet Burton has said in previous reports to the state Board of Regents.

The college is also partnering with American Public Development to finance, design, construct, operate and maintain a student housing complex on campus — a move that could attract students from other parts of the state.

The college’s enrollment growth will likely be compensated in the 2019 legislative session. It’s reflected in a $3.8 million increase to NSC’s bottom line in the budget request that the NSHE sent to the governor’s office last month.

Even so, the budget is based on the previous year’s enrollment.

“The enrollment numbers that are used to establish the funding are approximately two years before the legislative session,” Patterson said. “We’re always running on a bit of a treadmill.”

Meanwhile, college officials are considering a change to the admission requirements as one way of managing growth. NSC currently requires students to have a grade-point-average of at least 2.0, but it is exploring the possibility of increasing the minimum to 2.5. CSN is an open-access institution, and UNLV requires a 3.0 GPA.

“Where is the best place for Nevada State College to fit in between the research universities and the two-year colleges?” Patterson said, adding that the college plans to hold community meetings this fall to try to answer that question.

“You’ve got quite a range in the classroom of students coming in,” Patterson said. “We do see much higher success rates for students who do come in above a 2.5.”

NSC officials are also looking to partner more closely with CSN on a concurrent enrollment model.

“Maybe it’s better to start out at CSN because it’s a lower cost, and right when they are enrolling at CSN, they are recognized as a future student at Nevada State College,” Patterson said. “When they transfer over, they already know people, they’re familiar with the campus and familiar with other students.”

“We have multiple access points,” he said. “How do we structure our admission processes to enhance student success?”