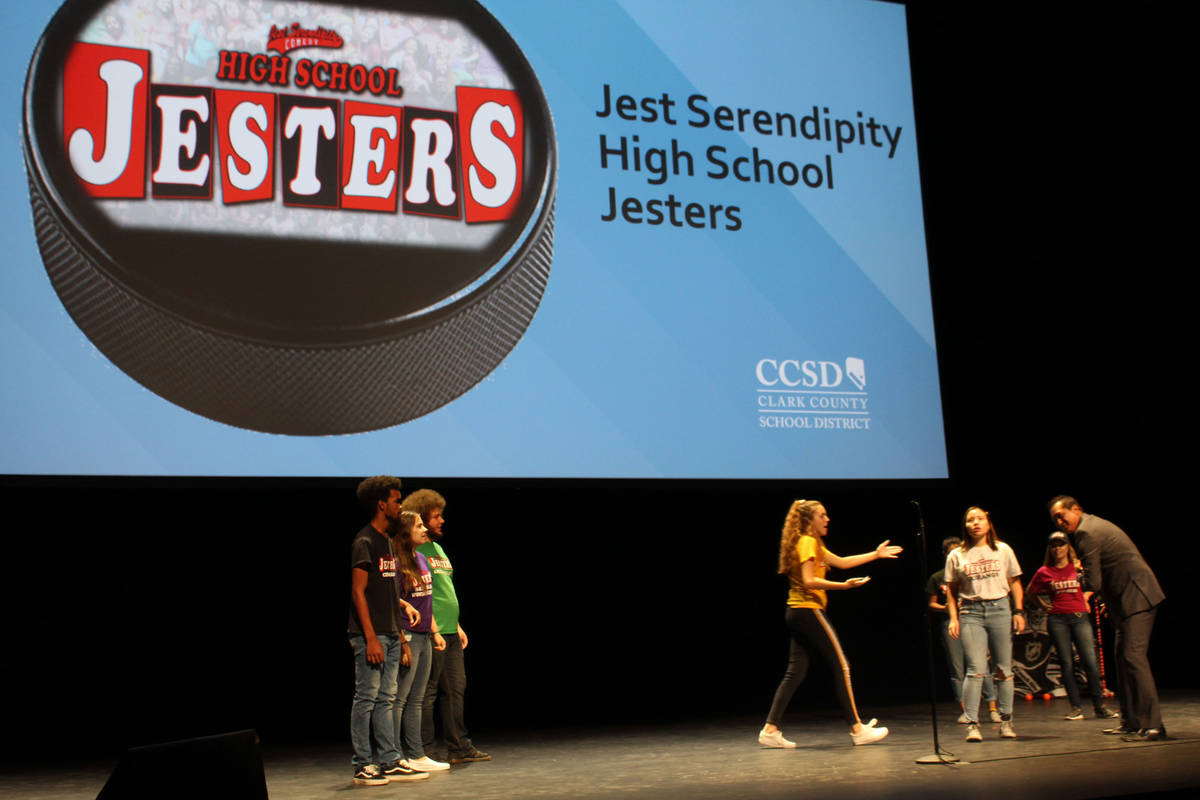 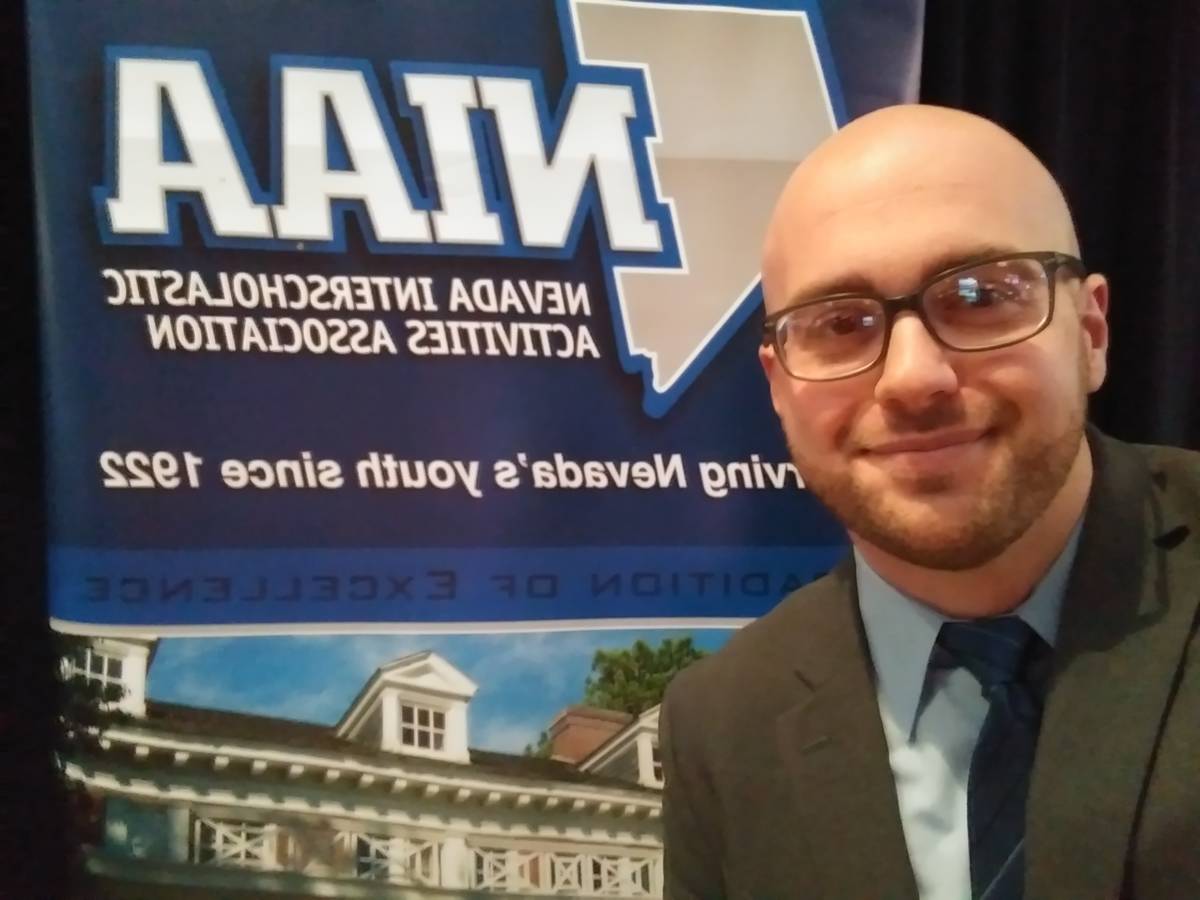 Kopy Kopatich, creator and founder of the High School Jesters Improv League in the Clark County School District, in a selfie taken in a meeting of the Nevada Interscholastic Activities Association. (Kopy Kopatich)

At a recent after-school practice of the Del Sol chapter of the High School Jesters, the student performers were up and out of their seats to get into character. But instead of prowling a stage, they were slinging one-liners from their computers.

“It’s hard to perform in your room in front of nobody, but that’s how we’re going to be doing this year,” said Warren Sprauge, coach of the Las Vegas high school’s improv team.

The team was training ahead of the start of its season in January — a virtual tournament involving teams from 32 schools playing competitive improv games.

With matches, seasons and championships, the improv league in the Clark County School District is modeled after traditional sports programs, said founder Kopy Kopatich, who is in the midst of a years-long push to get the district and the Nevada Interscholastic Activities Association to recognize improvisational comedy as a sport.

Recognition would allow the league to operate more smoothly, give coaches more flexibility and allow Kopatich to expand the after-school program to schools that don’t have an improv team. But it’s taking some persuasion.

“In a traditional sport, someone needs to be wearing a helmet or someone needs to sweat — well our kids sweat,” he said. “They’re working with coaches and have a playbook they’re trying to execute.”

Kopatich said he first made his pitch to NIAA in 2013 with no success but followed suggestions to build interest and support for the move in Clark County first.

After a little more than seven years, the homegrown league has 1,000 students, making it unwieldy for one person to manage, Kopatich said. It operates as a club in each high school, which requires a staff adviser — sometimes a big ask for teachers who already are balancing full plates, he said.

“If it could be accepted like a sport, this league could blow up and make money for the district,” he said.

But getting recognized by the NIAA is no slam dunk.

Adding a new sport starts with gauging student interest through surveys every two years, said Pamela Sloan, director of athletics for the school district and vice president of the NIAA board. The organizations haven’t found broad student interest in adding improv as a sport, she added.

“Based on students’ feedback, if we were to add another sport right now, it would be archery,” she said. The last sport recognized by the NIAA was girls’ flag football, which started as a pilot project in the CCSD in 2012, according to the National Federation of State High School Associations.

Sloan recommended that backers of competitive improv work to elevate awareness not as a sport but as an activity, such as participating in a spelling bee or serving on the student council. Sloan also suggested reaching out to administrators directly.

Kopatich did just that, urging the Clark County School Board to consider supporting his cause. School Board vice president and NIAA board member Linda Cavazos said there may be an option for recognition through the district’s Community Partnership Office.

Two major upsides have allowed improv to keep going even as school buildings have shut down, Kopatich said: It’s low-cost, charging students only around $15 for a T-shirt, and it can be done virtually under distance learning.

In this format, Del Sol Academy of the Performing Arts students started practicing on Dec. 3 for the January tournament. They will face the team from Spring Valley High School first in a series of matches — one they choose, one chosen by an opposing team and two picked by Kopatich.

While doing improv online isn’t ideal for a close-knit team and rapid-fire games, the students say it’s been a bright spot in a dark year, especially for seniors who have lost out on other activities, including sports.

“We had to work together to make this happen,” Del Sol senior Christian Casarez said. “We’ve been working on this since the summer, trying to make a space not only in our school, but for kids in the league to have a space to express themselves.”

One unexpected benefit to distance improv? The students say it’s easier to recover from an embarrassing moment or a flat delivery when you can just mute your mic.

“It’s really, really helped my confidence,” Adina Begun said. “Once you get rid of the mental block of, ‘Ah, I’m talking to a computer.’”