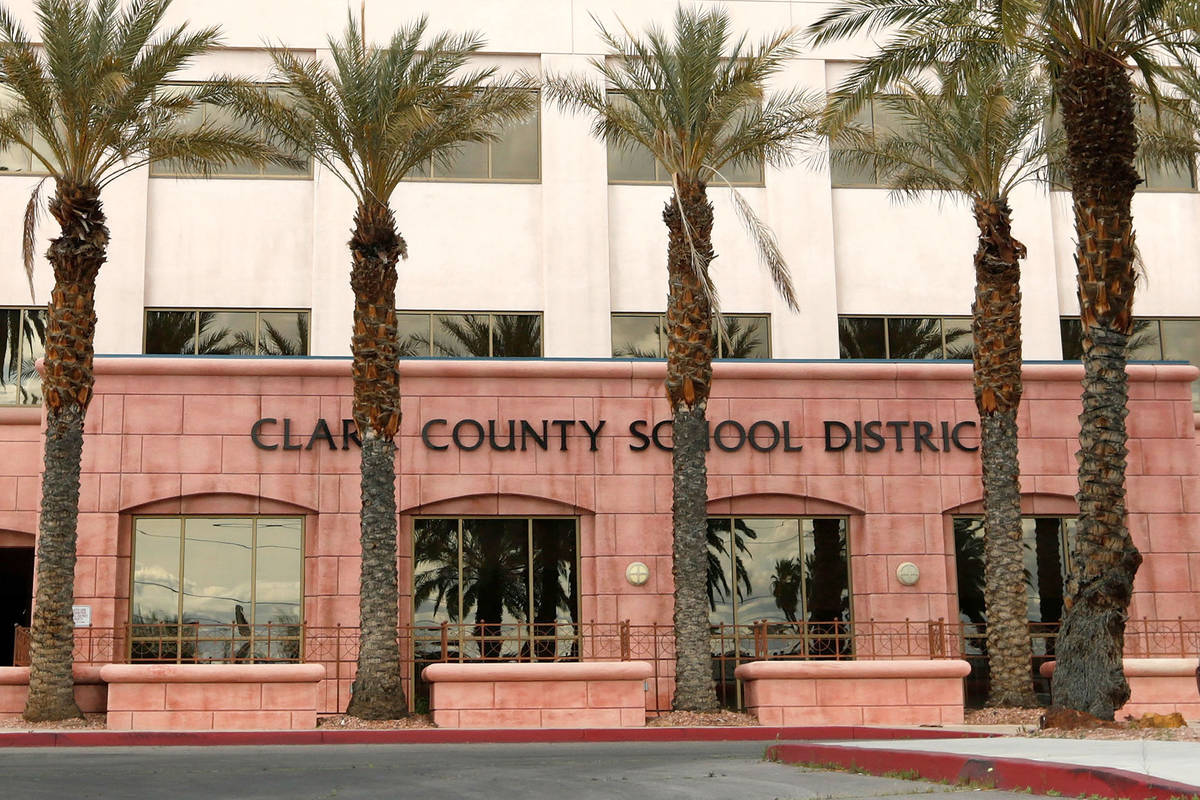 When Bailey Middle School Principal Darryl Wyatt got his budget projections for the 2021-22 school year, one figure came as a rude shock.

Because of a new Clark County School District funding formula, Bailey — a one-star Title I school serving a high proportion of low-income and English-learning students — is slated to lose around half the funding it received last year to support its lowest-achieving students.

The reason cited for the cut was a new method of allocating what were once known Senate Bill 178 funds, or weighted funding, which provided an extra $1,200 for each underperforming student at certain schools. Some of that money will now go to schools that have historically not received it, while cutting into the budgets of others that did — like Bailey.

The immediate impact to the northeast Las Vegas school will be a loss of four teachers, Wyatt said.

SB178 funds were cut from the state budget during a special session of the Legislature this summer, prompting the district to shuffle costs within its general fund to save the funding to its schools.

But beginning with the 2021-22 school year, the district will change how the money — now known as Academic Support Funding — is allocated.

The funds will go to schools based on the number of students in the bottom quartile of certain state tests, dropping the considerations for English learners and students receiving free and reduced-price meals that SB178 allowed.

According to a budget memo sent to school principals, the allocation methodology was changed “to be consistent with the concept of the weighted funding formula in the new funding model expected to be adopted by the Legislature for the 2021-22 school year.”

The district did not arrange an interview with the Review-Journal before deadline and did not offer an on-record explanation of the new methodology.

But another document obtained by the Review-Journal elaborated that the previous SB178 methodology did not reach low-performing students at schools not identified as SB178 schools — those with four- or five-star ratings.

The new funds are meant to reach low-performing students at all schools that aren’t part of the Zoom or Victory programs, which serve English-learner and impoverished students. It amounts to $1,015 per student who scores in the bottom quartile of certain tests, like the 2019 SmarterBalanced Assessment in Language Arts or Mathematics for third through eighth graders.

The change will result in between $26,000 and $320,000 going to schools that have not historically received the funding, while also reducing the budgets of some high schools up to $600,000.

Bailey seemed to be hit especially hard among middle schools, Wyatt said. With 614 students scoring in the bottom quartile of those state reading or math tests, he said he expected under the new formula to receive $623,210, or around $70,000 less than last year. Instead, he received $328,860.

He worries that the calculation used to determine the Academic Support Funding was off, resulting in the school being funded only for the 323 students who are in the bottom quartile for both reading and math.

“Supposedly the same set of data that got me $700K now got me half as much,” he said.

Chief Financial Officer Jason Goudie painted a rosier picture of the district’s finances than in years past on Jan. 28, reporting to the School Board that school budgets would not see cuts for the first time in a decade. A district representative clarified to the Review-Journal that was meant to refer only to the base per-pupil funding amount.

The meeting also revealed that the district had clawed its way off the state’s financial watch list by raising its unassigned ending fund balance to 2 percent from 0.3 percent in 2017.

For Wyatt, who has been advocating for his school on social media and at School Board meetings, the statement that schools wouldn’t see a budget reduction stings.

As of this spring, Bailey Middle School has a $6.5 million budget, Wyatt said, but the school is due an additional allocation of carryover money of more than $500,000 that won’t be added to school coffers until the fall.

Without access to that additional sum, Wyatt said he won’t be able to prevent the loss of staff positions when school budgets for next year are finalized this spring. And while there is a chance of hiring those teachers back in the fall, they may be unavailable if they’ve already accepted jobs elsewhere.

He explained to his School Organization Team that his attempts to convince the district that an error was made have not been successful. He heard first that the allocation would be based on the number of students scoring in the bottom quartile of both reading and math tests — which seemed to contradict the official line that students would need to score low on only one test to meet the new criteria.

He said he understands funding losses that affected nearly all schools this year because of factors like districtwide enrollment drops. But he is worried that in the case of Academic Support Funding, his school is being discounted as one where the community might not speak up about cuts.

“It’s either a miscalculation, or we’re being thrown under the bus,” he said.