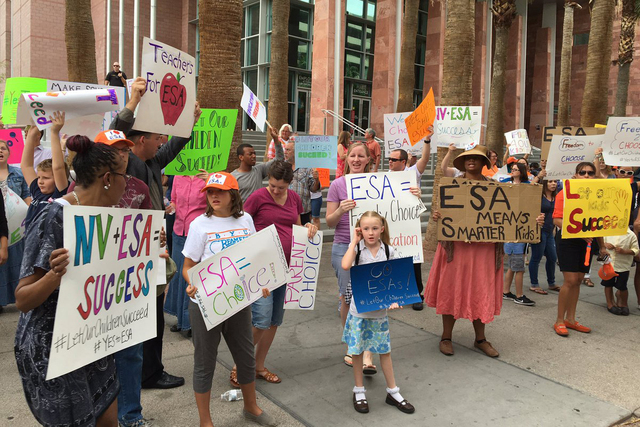 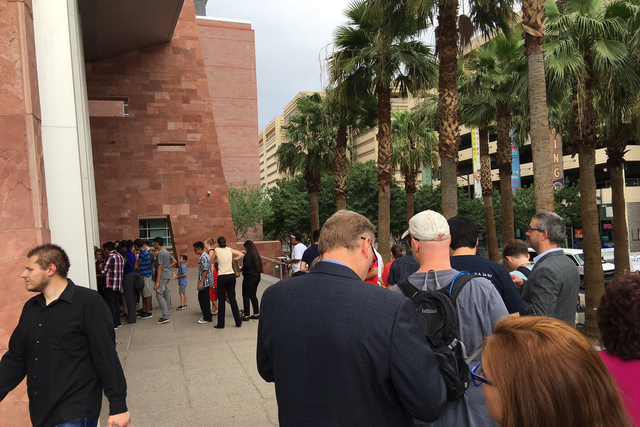 The line to get through RJC security. (@La_Ley/Twitter) 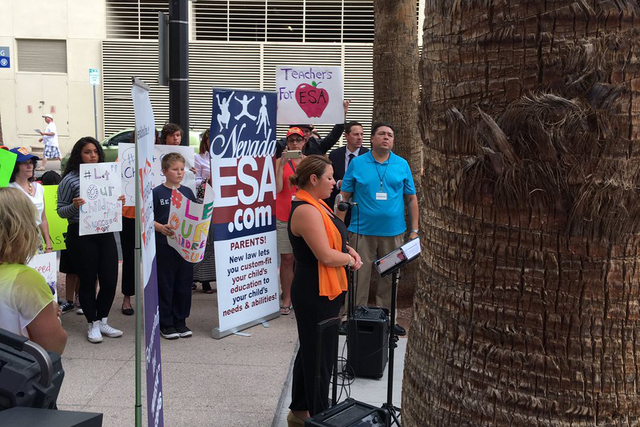 "Our children deserve better than this," CCSD public schools representative said. "Not the right learning environment for our son." (@La_Ley/Twitter) 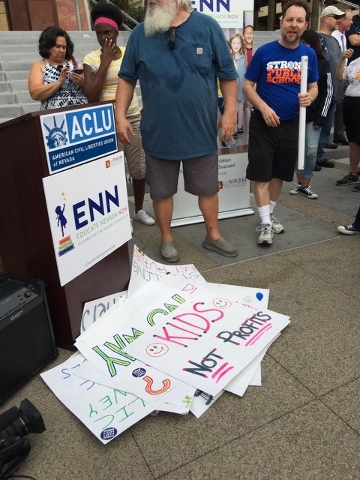 Demonstrators are trickling inside the courthouse now, removing stickers and putting down signs #ESA (@La_Ley/Twitter) 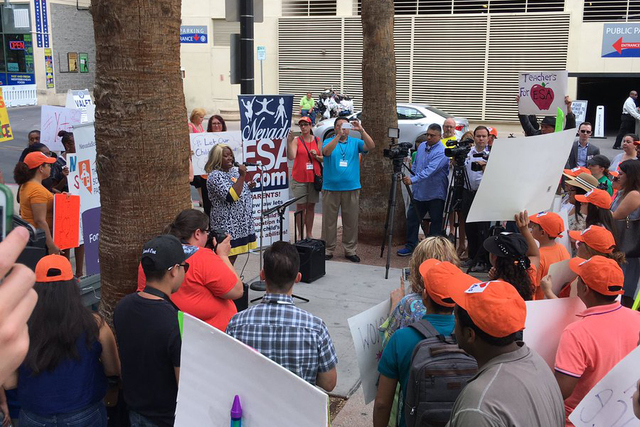 Shannon Churchwell tells #ESA supporters: "We are being held hostage," and "I need school choice and...I need it now." (@La_Ley/Twitter) 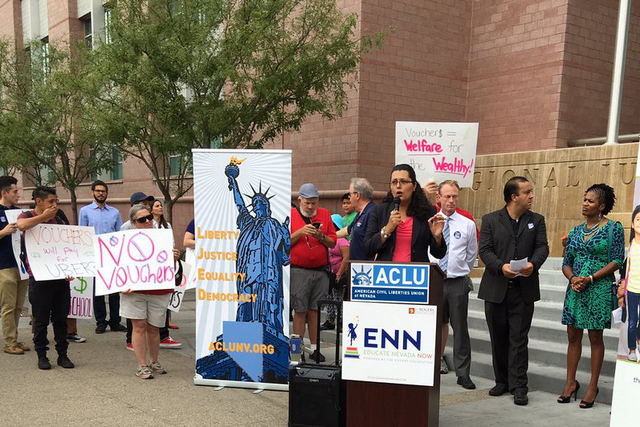 .@oliviadiaz tells fellow #ESA opposers: "I am proof that education is the greatest equalizer." (@La_Ley/Twitter) 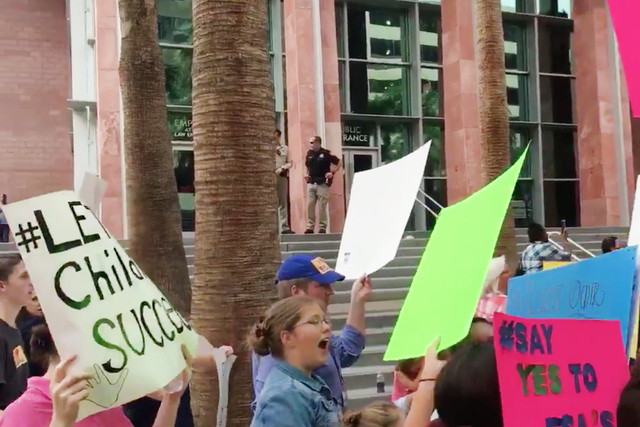 Both sides are having their programs prior to the hearing. #ProESA shouting "We want choice," Friday, July 29, 2016. (@WilsonElaineM/Twitter)

Hoisting signs and shouting into loudspeakers, about 400 protesters faced off Friday at the downtown Regional Justice Center over a pair of Nevada lawsuits whose future might further roil a national debate on school choice programs.

They rallied both in support of and against Senate Bill 302, a controversial bill that Republicans passed last year to create the state’s new education savings account program, gathering on the courthouse steps as attorneys prepared to deliver oral arguments before the Nevada Supreme Court.

“Our children deserve better than this,” said ESA supporter Jennifer Hainley. She said she wants to use the program to transfer her son from a Clark County school which lacks “the right learning environment.”

An immediate ruling isn’t expected in either case. Both sides, however, acknowledge that when the Supreme Court makes a final decision, it will impact the fate of similar legislation currently under consideration in at least 18 other states.

SB302 allows parents who pull their children out of public school to tap about $5,100 in state per-pupil funding to help pay for private school tuition or home-school, tutoring and other educational services. Proponents like Hainley — who vastly outnumbered opponents at Friday’s rallies — argue the voucher-style program grants families more options to meet the unique needs of their students.

“It means a lot to her,” Wilson’s mother Chappelle White said. “It’s a big opportunity to her.”

Opponents, meanwhile, claim that SB302 will drain resources away from an underfunded public education system and funnel taxpayer money into religious schools.

“I am proof that education is the greatest equalizer,” Assemblywoman Olivia Diaz told fellow opponents, noting that she grew up in a “gang-infested” neighborhood on the city’s east side, where public schools “gave me a chance at life.”

“Every child deserves a quality education regardless of zip code,” Diaz said.

Teacher Adam Berger told fellow ESA opponents that the program “amounts to tax cuts for those wealthy enough who can afford it” as the crowd began chanting, “Public choice! Public money!”

As the proceedings began, hundreds trickled inside the Regional Justice Center, crowding security lines at the courthouse’s front doors. They filled an overflow room where the arguments were streamed on two television screens — some had to stand because room was so scarce.

Both sides said they felt optimistic about Friday’s hearing, each hopeful that justices will pick their side.

“I felt like things went very well on both cases,” said ESA supporter Kris Schneider, a principal at Mountain View Luthern Church & School. “The hardest part now is to wait.”

ESA opponent Sylvia Lazos, who serves as policy director at Educate Nevada Now — a program launched by The Rogers Foundation to advocate for improving public education — shared similar sentiments and said justices “focused on the kinds of things that we want them to focus on.”