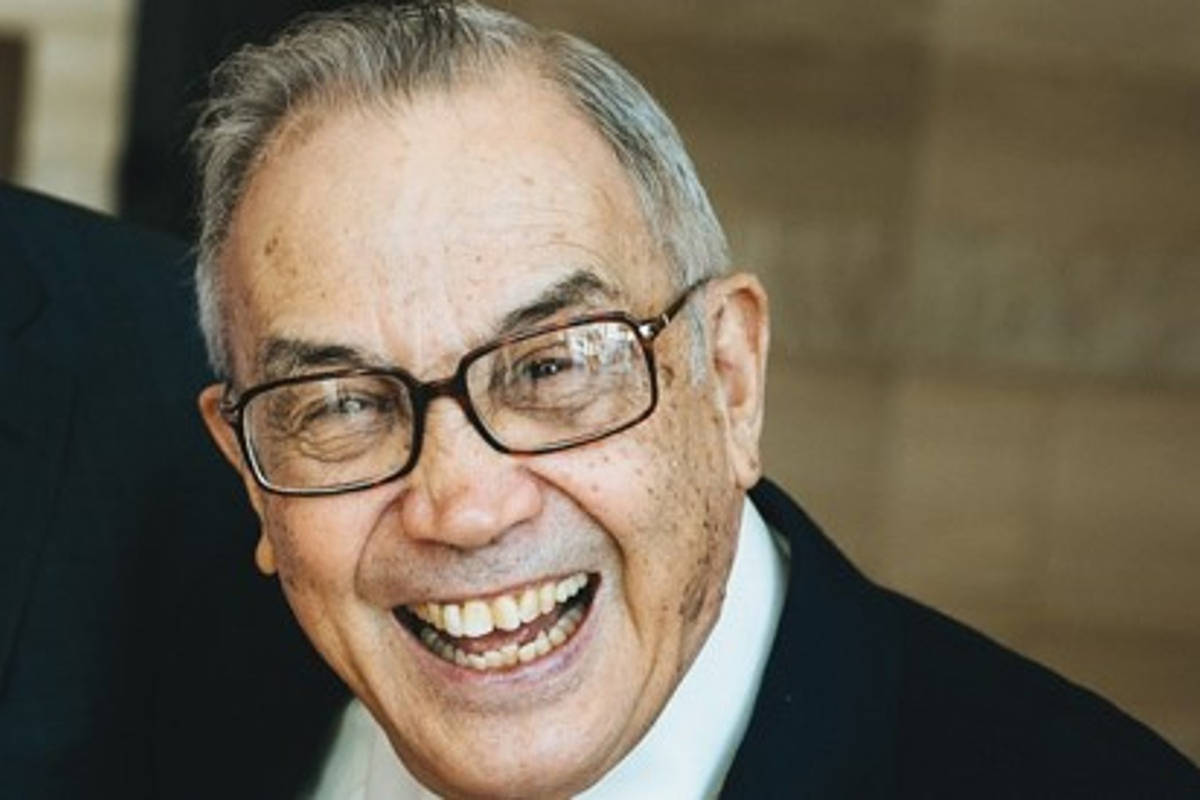 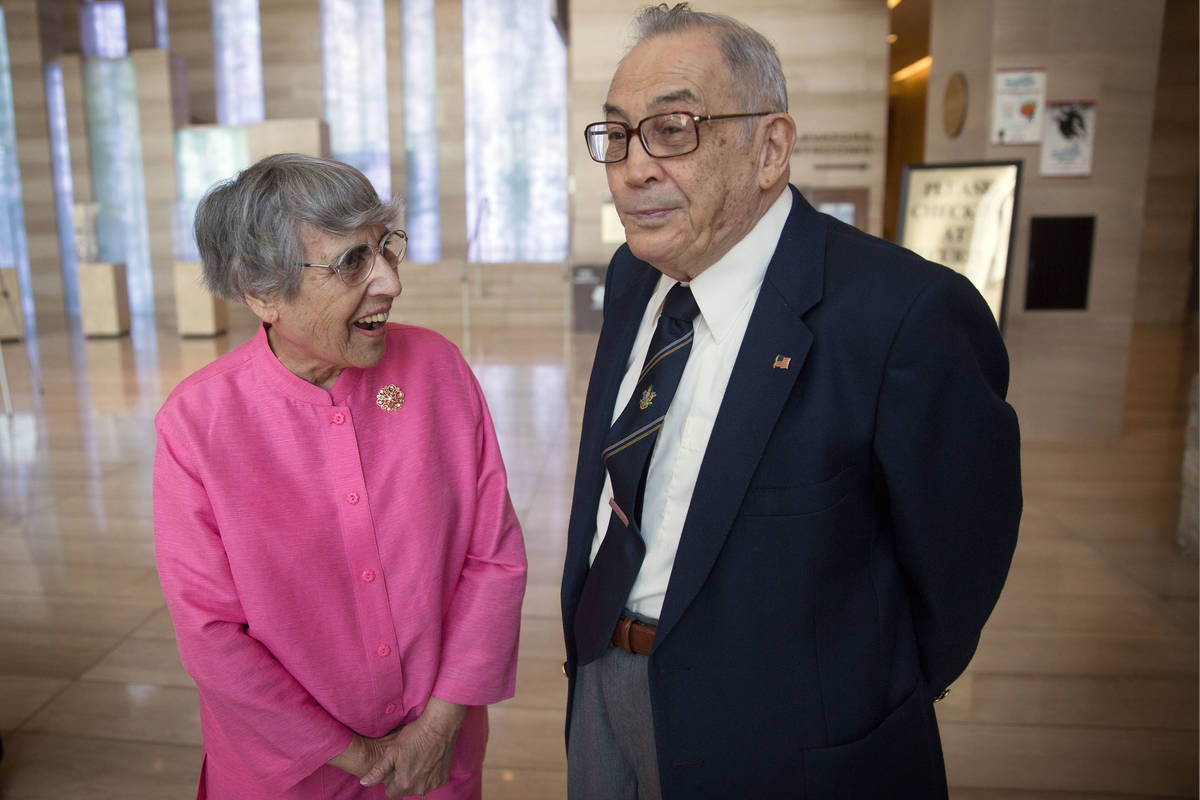 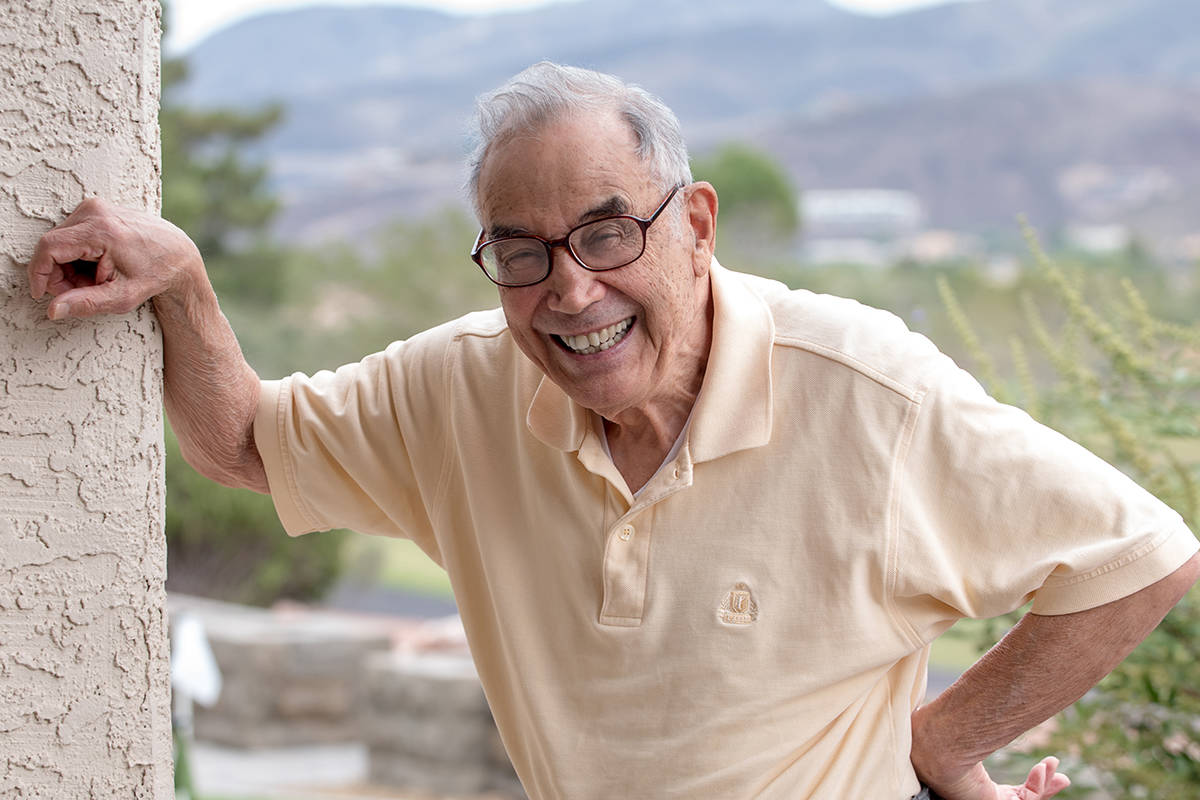 Jerome Jay Vallen, the founding dean of UNLV’s first hospitality school, was always laughing and cracking jokes, even in his final days.

Vallen passed away Thursday morning at age 91, but family friend Pat Moreo said that when he interviewed him for a project two weeks ago, Vallen was joking about how much time he had left.

“He said, ‘I’m glad you’re talking to me now because they tell me I don’t have much longer to be around,’ ” Moreo said of the man most called “Jerry.” “That was just the type of humor he had — he was always laughing at everyone, including himself.”

Vallen, the founding dean of what became UNLV’s William F. Harrah College of Hospitality and the co-founder of UNLVino, died of cancer.

His Las Vegas legacy began in the summer of 1967, when the Philadelphia-born son of a restaurateur was called to start a hospitality college at the then-struggling, two-building Nevada Southern University, now known as the University of Nevada, Las Vegas. Vallen moved his wife and four kids from upstate New York to the Southwestern desert, arriving on a surprisingly rainy day marked by flash flooding, his son Marc Vallen remembers.

The hospitality school started small, with 18 students enrolled and Strip hotel employees brought on as faculty. But with the financial help of the Nevada Resort Association and an enthusiastic founding dean, it has grown into a booming, widely respected program.

‘Lives were changed by Jerry’

Stowe Shoemaker, the school’s current dean, said it is Vallen’s vision that has made the school one of the best in the country. He said the most important distinction is the hospitality school’s independence from the business school.

“Hospitality is really not a job, it’s a lifestyle,” Shoemaker said Thursday. “And if you go to a traditional business school, you’ll learn accounting and marketing and finance, but you don’t get hospitality burned into your soul. And Jerry truly believed that hospitality needs to be in your bloodstream.”

“Without Jerry Vallen we wouldn’t have the Harrah College of Hospitality, and without the school, we wouldn’t have all the movers and shakers of the hospitality world here in Vegas,” Shoemaker said. “You drive up and down the Strip, and you can see his fingerprint everywhere. So much of this town, on and off the Strip, is run by alumni whose lives were changed by Jerry.”

The school hosts an annual Vallen Dinner of Distinction to honor Jerry Vallen and his legacy. Each year, it celebrates an industry leader who is an alumnus of the Harrah College of Hospitality. This year’s dinner, which had been scheduled for April, was postponed because of the COVID-19 pandemic.

Marc Vallen said his dad had a passion for business but also for teaching. At the university, Jerry Vallen used his business connections on the Strip and forged relationships with casino owners who would accept his students as interns.

“One of the things that made the program unique is that all the students, in order to graduate, needed a certain number of hours of on-the-job experience, and one of the keys to that was forging an agreement with the Resort Association that they would hire students to give them those hours,” Marc Vallen said. “It ranged from food service to front office to maintenance — wherever they had openings, they were able to rotate these students through to give them some real-life exposure to the industry, rather than just what they’d read in a textbook.”

Julie Benn, a Harrah school alumna, said she owes her education to Vallen. She said that when she told her father she’d be going to UNLV, he said, “Over my dead body are you going out to Sin City to go to school.”

Her father didn’t talk to her for two weeks, but ultimately sent his lawyer out to UNLV and he spoke with Vallen. Benn said she was initially horrified by that, but her father had changed his tone about the school.

“If that talk with Jerry hadn’t happened, even through his lawyer, I would have never had the great teaching and lifestyle that came from there,” said Benn, who met her husband at the university. “We both ventured further than we ever thought around the world with hotels and restaurants and loved it.”

Moreo, a student in the school’s first class, said that Jerry Vallen knew the school would be a booming success and that he set the tone from the start.

“Looking back now, I have no idea how he did it,” Moreo said. “Jerry was a one-man show.”

Moreo said he had been accepted to Oklahoma State University when the dean told him and the other students about a new program that was opening in Las Vegas. Moreo explained that all of the other hospitality programs across the country were looking for students with four-year degrees, so Vallen “decided to service a market that no one else would touch,” he told the Review-Journal in 1999.

Moreo, who now serves as the dean for the hospitality school at the University of Southern Florida, said the first class at Nevada Southern University’s hospitality school, which was a department in the school’s college of business at the time, consisted of 18 transfer students from schools in New York, Pennsylvania and Chicago. He said the students were willing to take the risk on a brand-new school because of Vallen.

“Jerry welcomed us all, and when we got here, he had a party that first week at the house he’d just bought,” Moreo said. “It was a real family.”

Jerry Vallen, who has been named in the Las Vegas Review-Journal’s First 100 project about people who shaped Las Vegas, began hosting summer wine tasting classes in the late ’60s, and in 1974, he was approached by Larry Ruvo, the head of Southern Glazer’s Wine and Spirits, with an idea to host a wine tasting with proceeds going to the school. That turned into UNLVino, which changed its name this year to the Evolution Food & Wine Experience.

What began as a small event in the Wine and Spirits warehouse is now the Las Vegas Valley’s largest annual food and wine festival, with hundreds of UNLV students volunteering and networking at the event each year.

The Korean War veteran will be buried at the Southern Nevada Veterans Memorial Cemetary in Boulder City, next to his wife, Florence “Flossie” Vallen, who died in 2017.

Marc Vallen said the family will partner with UNLV to host a large celebration of life after travel and large groups are possible again, hopefully in the summer of 2021. 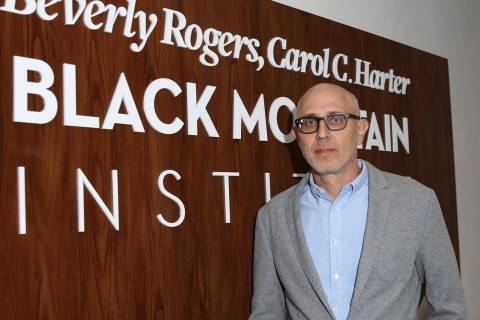