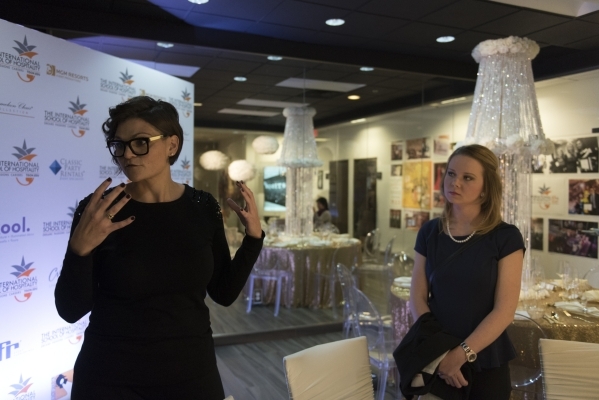 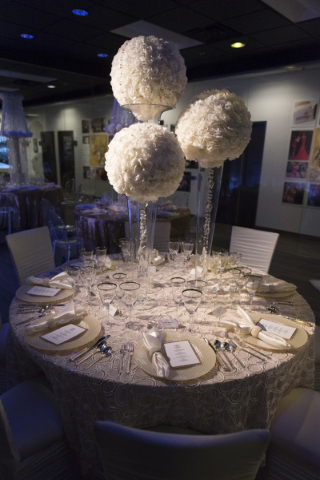 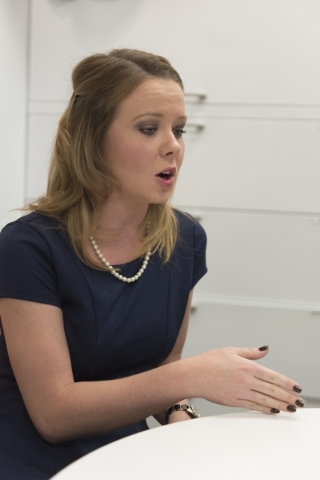 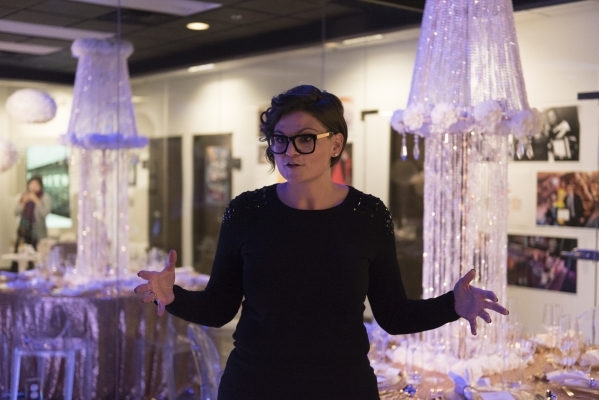 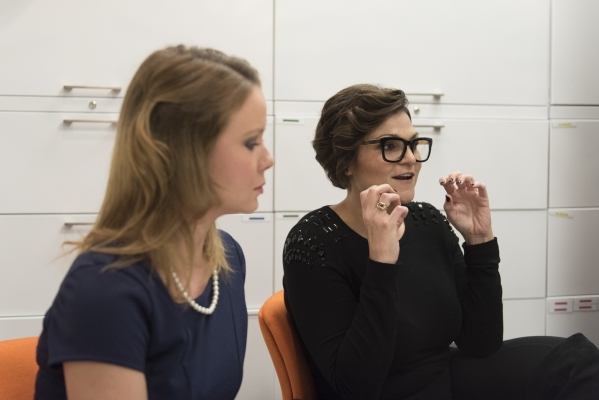 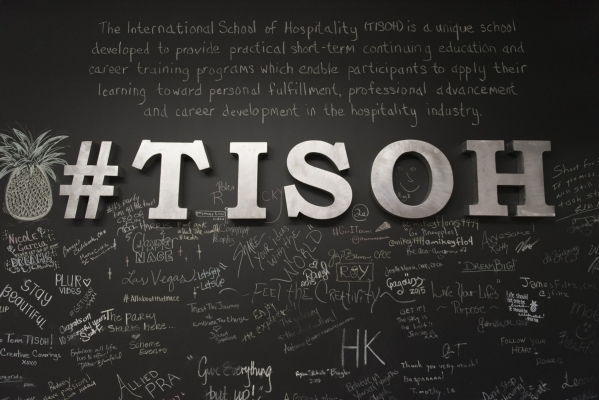 A wall featuring information about The International School of Hospitality is seen at TISOH in Las Vegas Wednesday, Dec. 9, 2015. Jason Ogulnik/Las Vegas Review-Journal 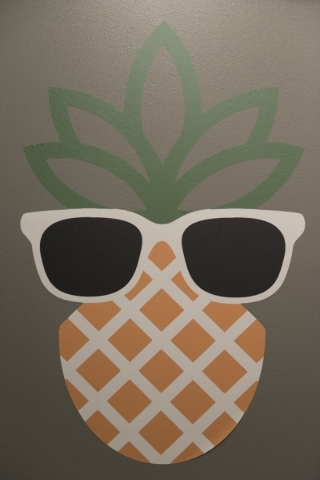 A pineapple decal is seen on a wall at The International School of Hospitality in Las Vegas Wednesday, Dec. 9, 2015. Jason Ogulnik/Las Vegas Review-Journal 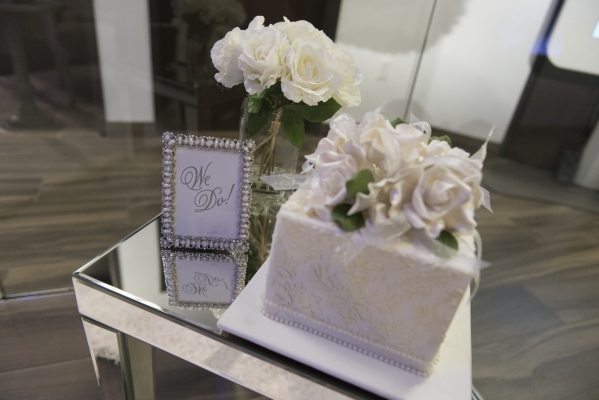 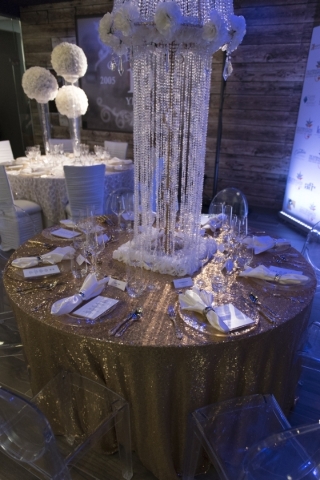 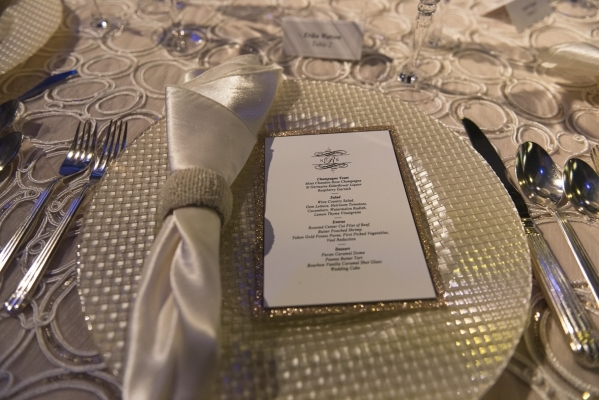 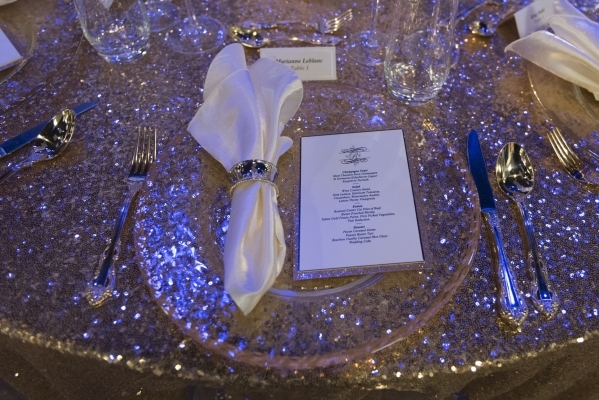 A table setting in the The Special Events Design Lab, designed and sponsored by MGM Resorts Event Productions, at The International School of Hospitality in Las Vegas is seen Wednesday, Dec. 9, 2015. Jason Ogulnik/Las Vegas Review-Journal 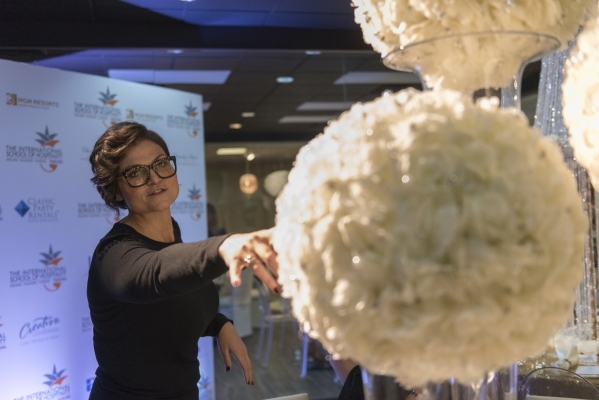 A lavish new wedding exhibit greets guests at The International School of Hospitality in southeast Las Vegas, where crystals, roses and silk linens adorn a set of party-ready tables just past the main lobby.

The gleaming display is the latest installment by students and instructors inside TISOH’s new design lab, a space built in March where budding event planners experiment with tools of the trade such as room decor and lighting gear. Instructors last month adopted a luxury wedding theme for the lab in reaction to Clark County’s recent efforts to boost the region’s lucrative but weakening marriage industry.

“We’re losing some tourism, and we need to create this awareness to let people know that this is a thriving place to get married,” said Brit Bertino, an event organizer and TISOH instructor who graduated from the private trade school eight years ago. “This program really sets students up for success to plan elaborate weddings, and that design lab will give them the freedom to start there and…get their creative juices going.”

Administrators hope the hands-on experience will give graduates of TISOH’s wedding planning program an edge as county leaders prepare to launch a marketing campaign aimed to convince more people to tie the knot in Las Vegas, the so-called “wedding capital of the world.”

Graduate Emily Grace Julaton, who opened an event planning business after earning a diploma from TISOH earlier this year, said she enjoyed getting not only practical experience but also networking opportunities through TISOH.

“I met so many people,” Julaton said, noting that she has organized four weddings since earning her diploma in September.

The trend led lawmakers to adopt a $14 hike in Clark County’s marriage license fee this year, with earnings earmarked to promote wedding tourism. County commissioners on Tuesday will consider a request for $50,000 to develop a marketing plan, which will include a new website for the campaign.

Goya praised TISOH’s efforts and noted that the region has a reputation for “providing really high quality service” for couples.

“This program only adds to that,” Goya said. “Nobody does hospitality better than Vegas.”