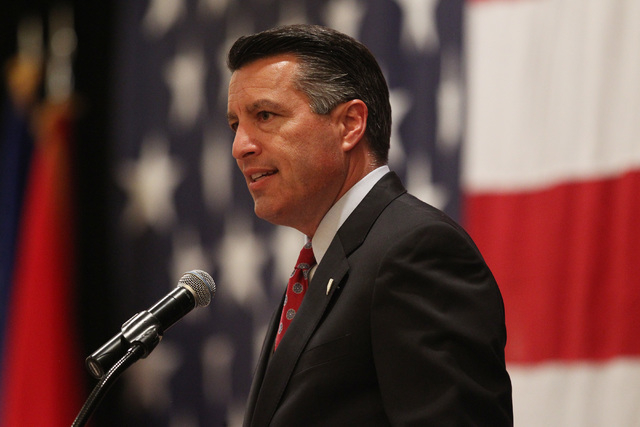 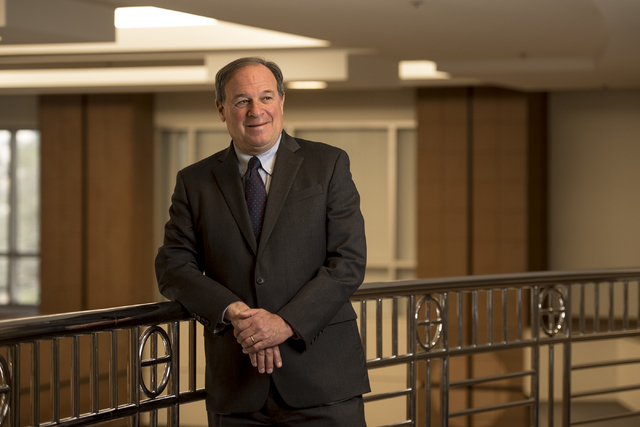 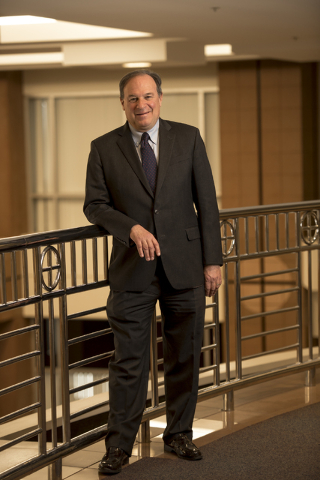 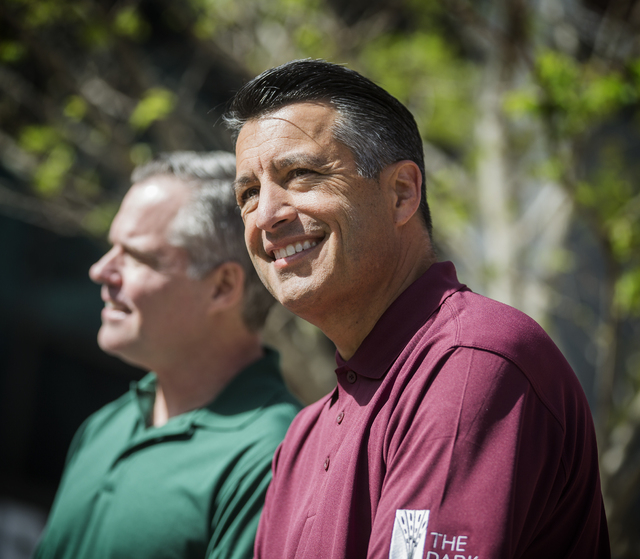 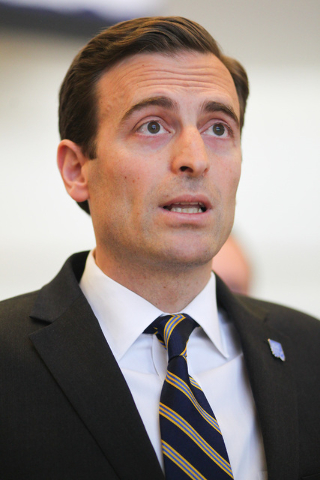 Nevada Attorney General Adam Laxalt speaks with news media about the arrest warrant being issued for Bryan Micon, who ran an illegal poker site which was shut down, at the Sawyer Building in Las Vegas on Tuesday, April 28, 2015. Micon was last known to be in Antigua. (Chase Stevens/Las Vegas Review-Journal) 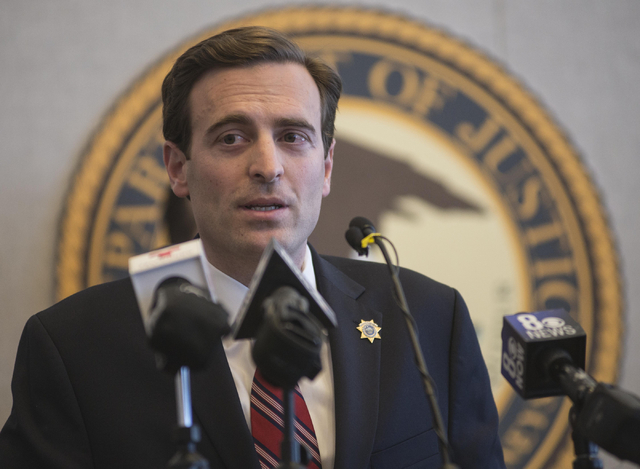 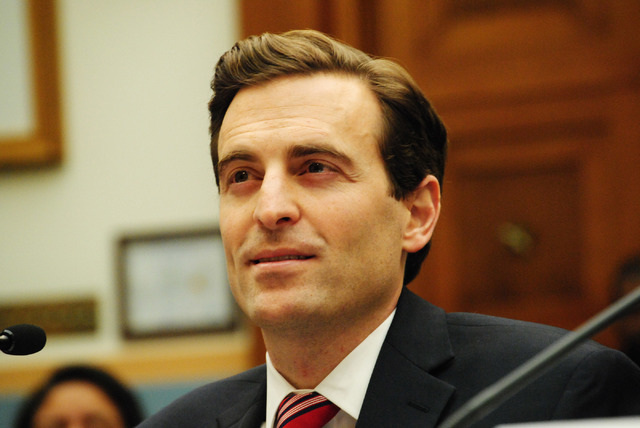 CARSON CITY — The legal battle over Nevada’s school choice law allowing parents to tap into taxpayer money to pay for private school tuition is inching closer to climax before the state’s highest court in a case being watched around the country, though resolution could be weeks or months away.

Solicitor General Lawrence VanDyke, in the April 29 brief, said opponents’ arguments that the law illegally diverts money from a fund specifically for public education “would straitjacket the Legislature” and upend more than a century of law that authorizes general fund spending to encourage education outside the public school system.

The next step is for the seven justices to schedule oral arguments. Though the court could render an opinion based solely on written briefs, that is unlikely given the high stakes, national interest and voluminous documents filed in the case.

HOW IT GOT TO SUPREME COURT

Tammy Godley, an attorney representing the six families opposed to education savings accounts, argued that based on early enrollment figures the Clark County School District in the first year would lose more than $17 million, a sum that would grow as more parents opt into the program.

Supporters of the program counter that public schools will benefit because they will still receive local and federal government funding for children who leave public school, thereby raising the overall per-pupil rate for remaining students.

Wilson said the state constitution requires the Legislature “to set apart or assign money to be used to fund the operation of the public schools, to the exclusion of all other purposes,” and determined that parents challenging the law were likely to succeed at trial.

The appeal before the high court seeks to lift that injunction. Justices could send the issue back to Wilson for a trial on the merits, but it’s expected their ruling will lay out the court’s findings on the constitutionality questions, likely making a trial moot.

Schwartz has continued to accept applications from parents hoping to take advantage of the funding assistance originally intended to be available in February until the program was blocked.

The latest open enrollment period started May 1 and runs through June 30, but any applications received will not be processed until the high court rules.

More than 5,000 applications to set up education savings accounts have already been received.

Lurking in the wings is a separate lawsuit filed in Clark County District Court by the American Civil Liberties Union on behalf of another group of parents who argue the law violates a prohibition against using taxpayer money for sectarian purposes — in this case to pay tuition at religious schools.

Clark County District Judge Eric Johnson has yet to rule in that suit, which was filed in August. The attorney general’s office in April formally asked Johnson to issue a ruling by Friday or it would ask the Supreme Court to intervene.

“This case presents issues of statewide importance that require resolution as quickly as possible,” Attorney General Adam Laxalt said in the filing.

The two cases could already be on a path to merger. The ACLU was one of several organizations that filed friend-of-the-court briefs with the Supreme Court. The ACLU urged justices “to be mindful” of its litigation in the Clark County case as it weighs whether to lift the injunction imposed by Wilson in Carson City.

And the attorney general’s office, in a footnote in its final brief, referenced the ACLU challenge known as the Duncan case and its notice to seek intervention by the Supreme Court if Johnson doesn’t rule by Friday.

“If the Duncan court rules before that date it is very likely that the ruling will be appealed on an expedited basis to this court,” the AG told justices, adding that “one way or another” the Supreme Court is likely to have opportunity to address all the challenges raised and decide the issue conclusively.

WHAT NEVADA LAW DOES

Senate Bill 302 allows parents to set up education savings accounts administered by the state treasurer’s office and receive per-pupil state funding — about $5,100 annually on average — to pay for tuition at private and religious schools. The money can also be used for home schooling, transportation, tutoring or other educational programs.

For the 2014-15 school year, there were 1,751 children in home school programs, up from 1,217 two years prior, according to figures from the Clark County School District.

The bill was passed along strict party lines in the Republican-controlled Senate and Assembly and signed by GOP Gov. Brian Sandoval.

According to the Friedman Foundation for Educational Choice, about 30 states have some type of school choice, ranging from vouchers and education savings accounts to education tax credits and scholarships. Many impose eligibility criteria tied to special needs or household income.

Nevada’s law is viewed as the most liberal in the country because it is available to any child enrolled for at least 100 days in a public school. Exemptions to the 100-day rule for children of military families and those younger than 7 were added later through regulations.

Opponents argue the law will siphon money from struggling public schools and erode the education quality of public school students. They also counter that taxpayer dollars should not be used to subsidize wealthy families who can afford to pay private school tuition, which often exceeds the amount available through ESAs.

Educate Nevada Now is a backer of the case before the Supreme Court.

Under the Nevada law, wealthy students and poor students “have equal access to vouchers and that has not been done anywhere else in the country,” said Lazos, a professor at UNLV’s Boyd School of Law.

“Equity and opportunity … that’s not what’s happening when you open it up to everybody,” she said. “I think that is what really makes this program … so threatening to public education.”

Critics also argue private schools are not obligated to admit students with learning or physical disabilities or administer and report standardized test results.

“The only things we have is a requirement that a voucher beneficiary school will have to provide a norms test with some kind of national parameter,” Lazos said, adding there’s no way to compare achievement of private and public institutions.

“We will never be able to validate whether this investment makes any sense or not,” she said. “No one has made this kind of major investment that will have this kind of public impact … on this blind idea that going to private school is better.”

Leslie Hiner, vice president of programs at the Friedman Foundation, scoffs at the criticism and claims the law will hurt public schools.

“They’re wrong,” said Hiner, who testified in favor of the bill when it was heard in the Legislature. She called the Nevada law “the best in the country.”

“We’ll typically find in any state, those who oppose school choice will frequently say the sky will fall,” she said. “Some of the stories get pretty dramatic. But none of that happens.”

“A parent doesn’t remove their child from a public school first unless there’s a need, unless it’s necessary,” Hiner said. As parents become aware of other options, it opens dialogue with public school officials and makes all schools better, she said.

“Now because parents will be able to go to all those different providers to see what they have to offer, all those providers will work together,” she said. “Nothing but good can come from that.”

“The sooner this litigation is over and you get this rolling, I think you’ll see something very positive come out of Nevada that all the other states will want to follow,” she said. 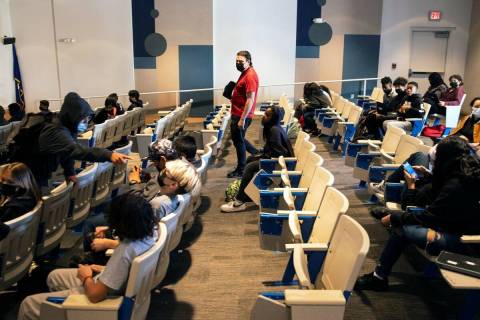