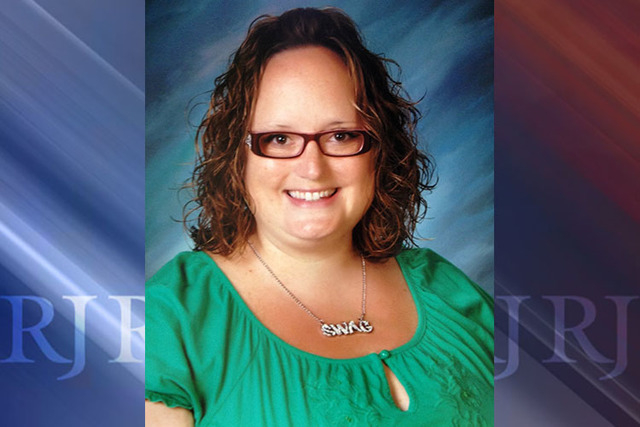 A district spokeswoman confirmed the arrest of Nicole Wilfinger, who chairs the math department at Molasky Junior High School, located on Gilmore Avenue between Buffalo Road and Cimarron Road.

It’s unclear how far back in time the charges reach. Reached late Friday, the district spokeswoman could not share a copy of Wilfinger’s arrest report.

The teacher is due in court Saturday morning.

The school on Friday sent a message to parents, notifying them of the arrest, according to a mother’s post on Facebook.

Wilfinger has worked at Molasky since at least 2012, according to salary records posted on TransparentNevada.com. She previously taught at Hyde Park Junior High School.