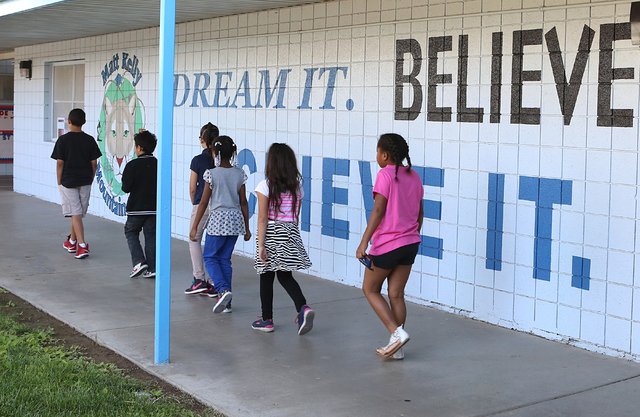 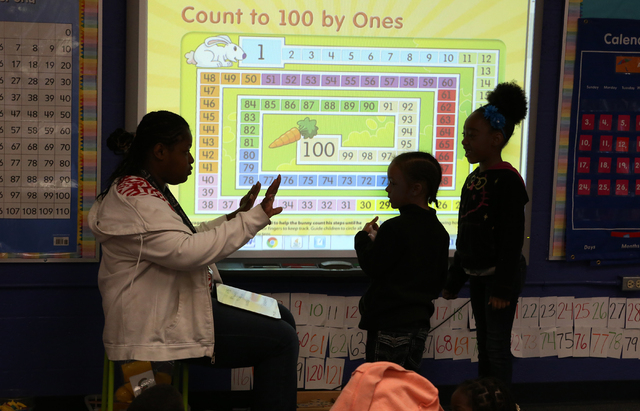 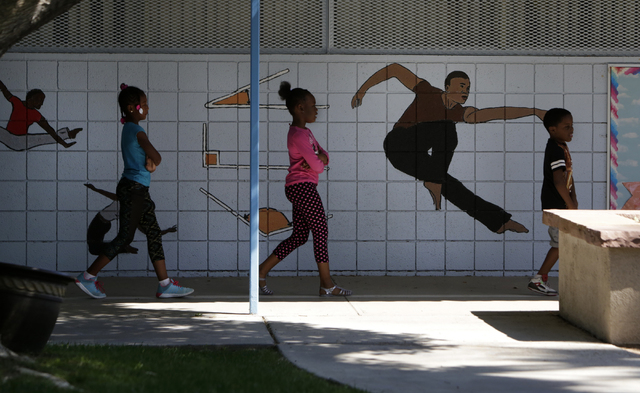 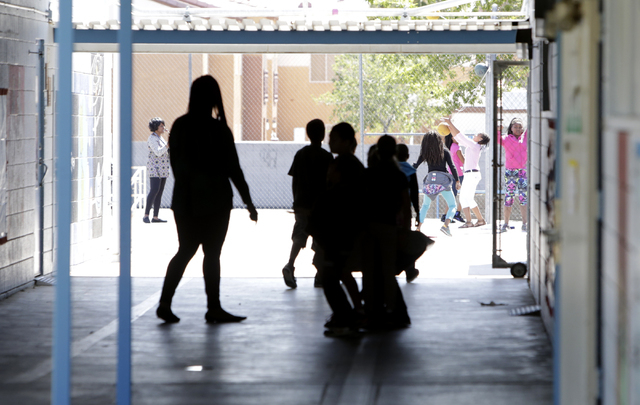 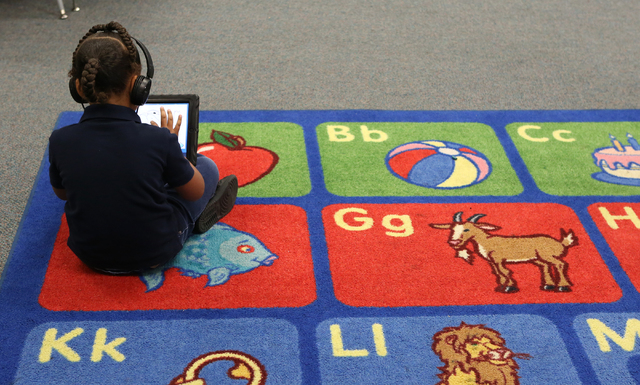 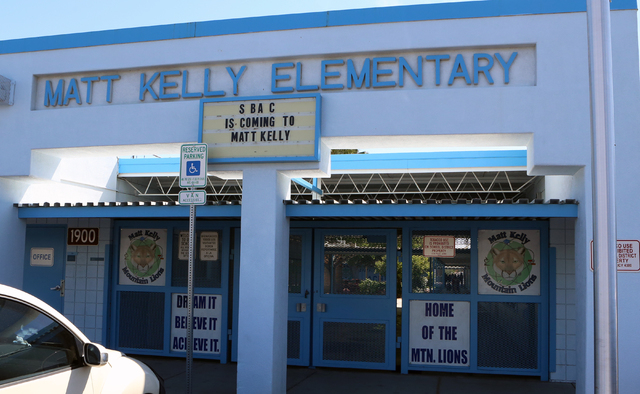 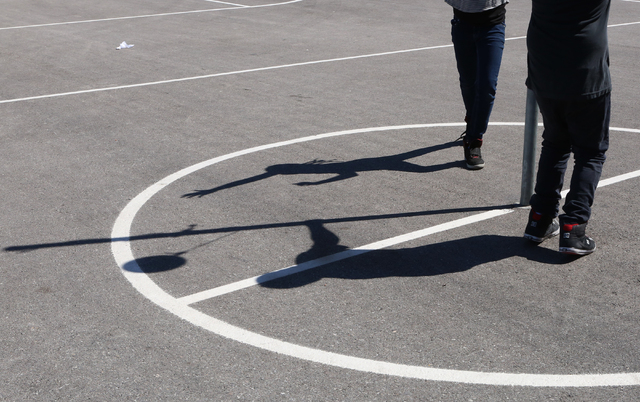 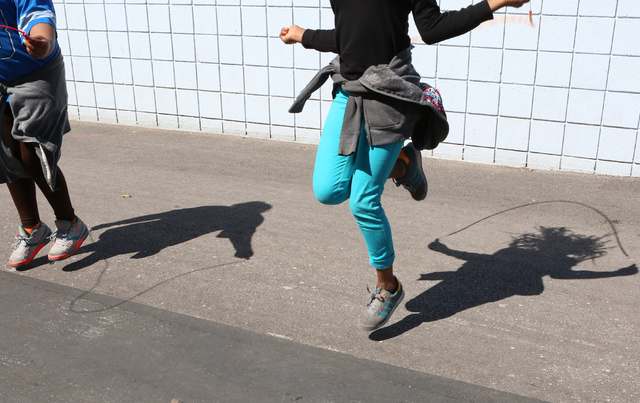 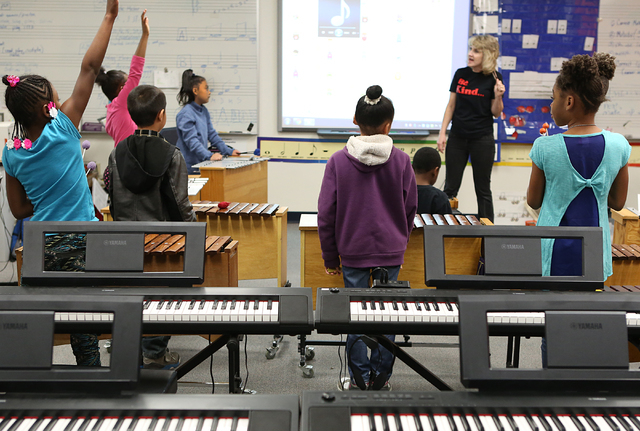 With less than two months left in the academic year, a majority of the two dozen Victory Schools in Southern Nevada reported double- to triple-digit gains in the number of students reaching proficiency in English and math since they received the money last fall.

Students at other campuses, however, including Jeffers and Kelly elementary schools and Valley High School, have slipped in literacy skills.

At community meetings during the past two weeks, district officials have shared preliminary progress reports on student performance at its Victory Schools.

The Nevada Education Department, acting under Senate Bill 432, identified 24 Clark County campuses based on the highest-poverty ZIP codes and the lowest school ratings in 2014-15.

The infusion of extra resources helped Vegas Verdes Elementary increase proficiency in English by 46 to 113 students and in math by 144 to 193 students.

The district monitored that progress with two sets of monthly evaluations that gauged how students perform on standards they’re expected to reach by the end of the school year.

“It was a flop,” Geihs said, referring to last year’s testing season.

After switching test vendors, the state this year has reported relatively few glitches in the standardized assessments that began in February.

The results from the current tests should provide a benchmark for the Victory School program’s effectiveness, Geihs said.

“The true comparison will come when we compare other like schools with Victory Schools,” he said. “We probably have to give it at least two years. But we can start the comparison next September if (standardized testing) goes off without a hitch.”

Victory Schools, aside from providing academic interventions, have taken advantage of incentives of $250 to $4,000 to recruit effective teachers.

At the beginning of the 2015-16 school year, district Victory Schools reported 122 vacancies.

“That is unconscionable, but we know nationally it is harder to fill vacancies in lower socioeconomic schools than in more suburban schools,” Geihs said.

As for the 2016-17 school year, “We’ve decreased that to just about 100 vacancies (and) we’ve only been advertising these positions for a week and a half,” he said.

Not all schools enjoyed across-the-board success, however.

Valley High, which received the largest allocation through SB432, saw a decrease of 45 students posting proficiency in English.

“Academically, Matt Kelly is last. That is unacceptable,” Conner said.

“Our children are smart,” she added. “They are capable, and what we have to do is rally around those children and make a difference in those lives.”

Since taking over the school two weeks ago, Conner has moved swiftly to restructure second- through fifth-grade classes to intensify and individualize instruction in English and math.

About 10 teachers have joined the campus, and students at Kelly will attend a summer school.

“Our children are failing,” Conner said.

“If someone told me that my child was failing, I would not want to wait for a week from Monday or two weeks from Saturday to start something,” she said. “I would want you to start today.”