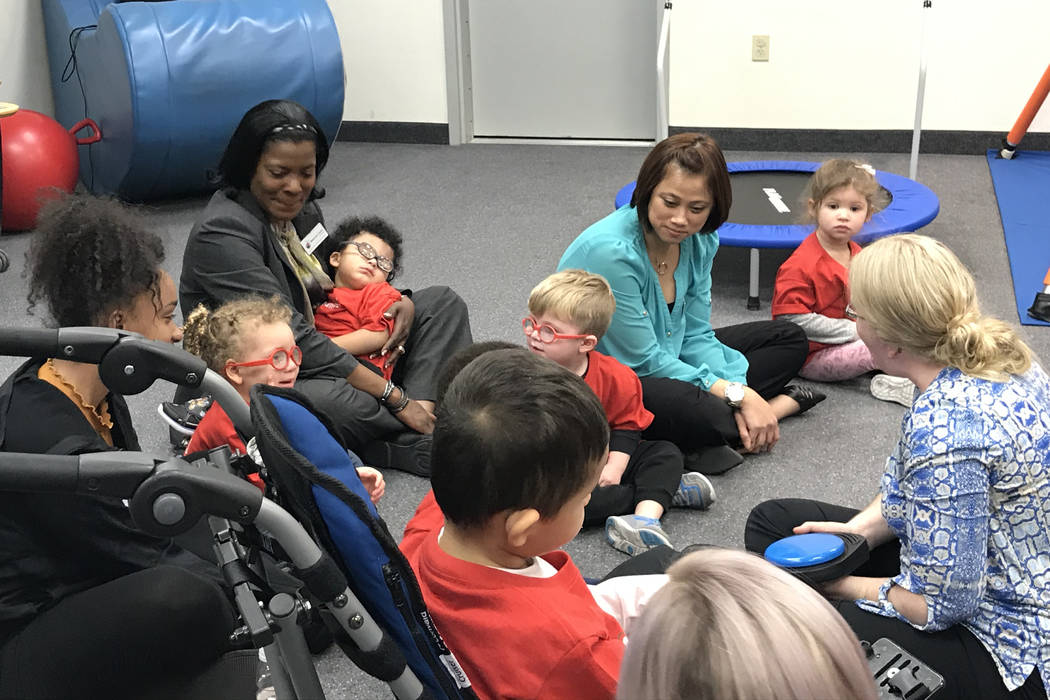 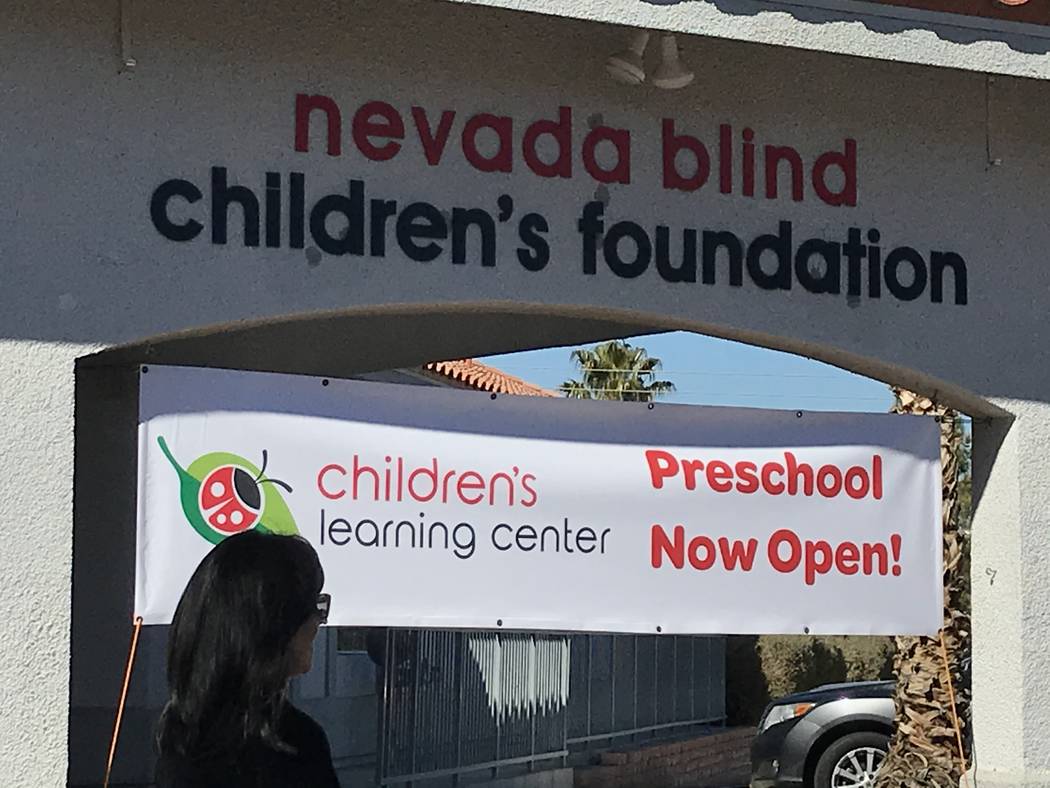 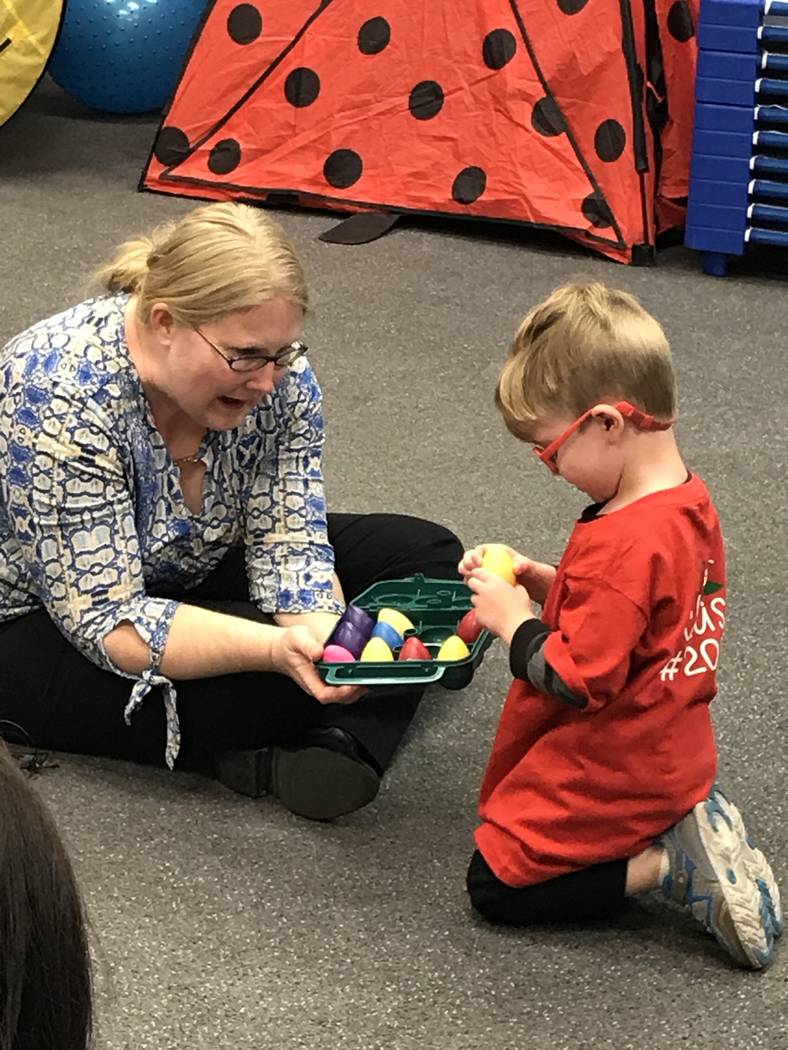 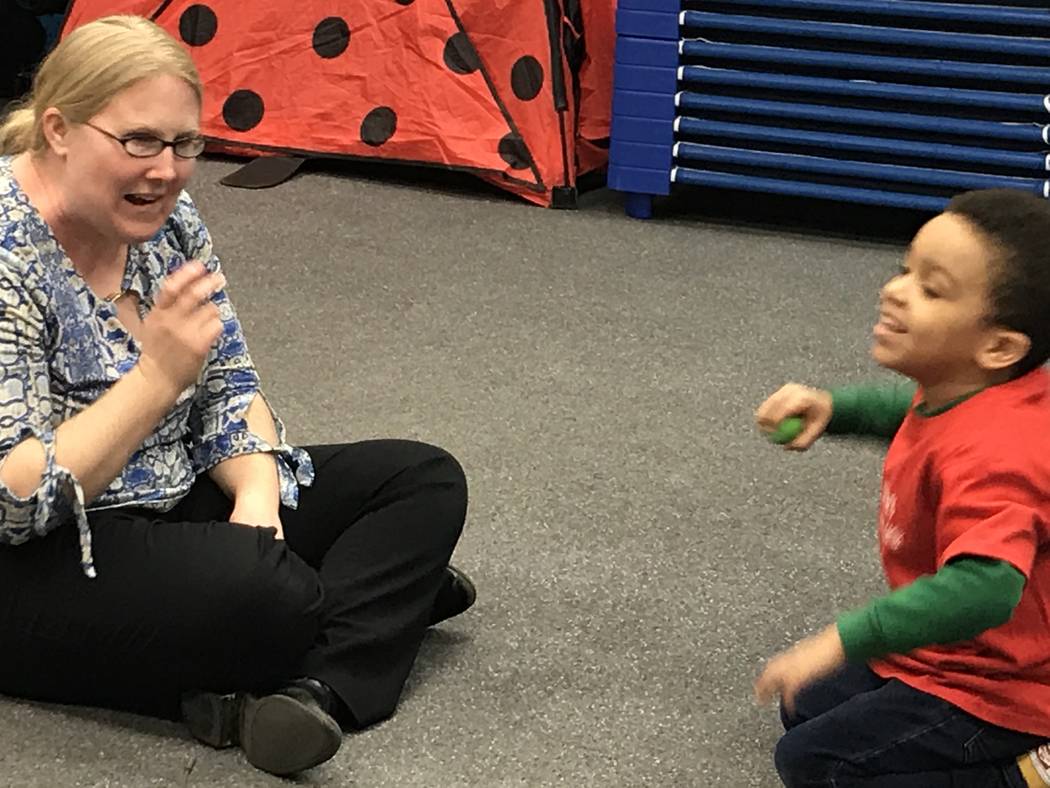 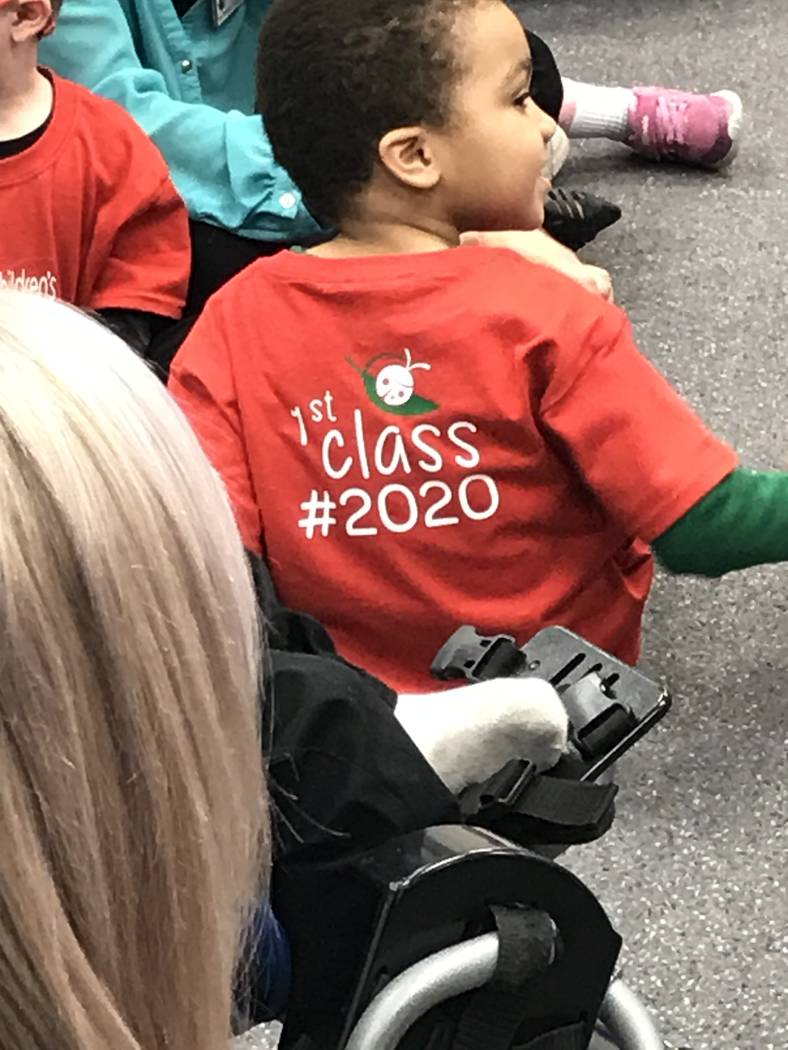 Nevada Blind Children’s Foundation has opened the state’s first preschool for children who are blind or have low vision.

A ribbon-cutting ceremony was held Feb. 12 for the preschool — called the Children’s Learning Center — at the foundation’s office on South Arroyo Grande Boulevard in Henderson.

Nevada is one of seven states without a state-funded school for blind children. Nevada Blind Children’s Foundation, a Henderson-based nonprofit organization, aims to help fill the gap and provides services for youth and their families.

The preschool — a full-day program for children ages 3-5 — started Feb. 3. It’s an inclusive program, meaning it’s open both to children who are blind or have low vision and their “sighted” siblings or extended family members. In the future, it will be open to children from the public.

The first class of preschoolers — up to 15 children — are on a full-tuition scholarship for the first 1 1/2 years. Beyond that, the average cost of weekly tuition is $250, but nonprofit officials say no family will be turned away if they can’t afford it.

“We want to be high-quality and a model for across the nation,” CEO Emily Smith told the Review-Journal.

Preschool offerings include music and occupational therapy and a chance for children to interact with therapy animals such as ponies.

The Children’s Learning Center is open from 9 a.m.-5 p.m. weekdays, but extended hours are available from 7-9 a.m. and 5-7 p.m. That allows parents to maintain full-time employment, Smith said.

There’s space for more children in the preschool program, and the nonprofit is accepting applications from interested families. Currently, six preschoolers are enrolled. Most are 3- to 5-year-olds, but the nonprofit made an exception for two children who are 2 1/2.

Some of the preschoolers previously participated in the foundation’s “Dots & Tots” weekly program for children ages 6 months to 5 years.

Nevada Blind Children’s Foundation, created in 2006 by Kevin and Toni Spilsbury, serves youth from birth to age 22 who are blind or visually impaired. It provides services such as education and adaptive recreation programs, and employment help for young adults.

The Spilsburys started the foundation after being told they’d have to look outside of Nevada to receive services for their child, Smith said.

The nonprofit is funded by individual and corporate donors. Legislators also appropriated $1 million for the foundation during the 2019 session. It’s the first time the foundation has received state funding.

Its after-school program provides activities, homework help and tutoring for students from kindergarten through 12th grade. But intervention at a younger age, Smith said, was needed before children fall behind.

The nonprofit’s offerings also include a day camp over spring and summer breaks, “Fun Friday” and family events, educational seminars, a Braille library, and an audio description DVD and Blu-ray library.

Three family members who collectively have two children enrolled in the preschool were among the attendees at the Feb. 12 ribbon-cutting.

Trey’s parents are Henderson residents Terry and Sunshine Osborne. Trey — who is albino — is considered legally blind but has some vision and can see colors, Sunshine said.

The Osborne family moved to Henderson in May from Pennsylvania. In their former state, “they had some assistance, but not much out there,” Sunshine said.

Sunshine said she was doing online research about preschool options in the Las Vegas Valley when she came across Nevada Blind Children’s Foundation. At the preschool, she said, Trey fits right in.

The ribbon-cutting event included a tour of preschool classrooms and lunch for attendees.

Preschoolers — who were wearing matching red T-shirts with the phrase “1st class. #2020” on the back — were sitting on the floor in a classroom during a music therapy session, led by a company called Dynamic Music Therapy.

Emily Rawlings, a music therapist and the company’s executive director, played guitar and led children in singing. She took turns calling on each child by name and asking them, “How should we wiggle?”

Preschoolers used shakers during another song. When it was over, they returned the shakers to Rawlings, some calling her “Miss Emily.”

Among those with vision loss in the United States, most are adults who aren’t legally blind, according to the American Foundation for the Blind. They have what’s called “low vision,” which is when someone’s eyesight is 20/70 or less in their best eye, and they can’t use glasses to improve their vision.