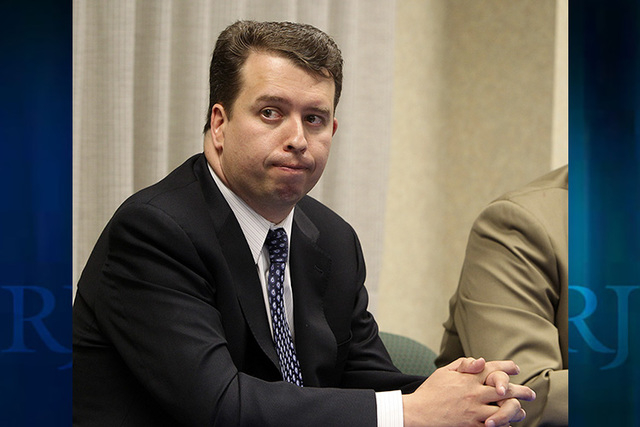 Pedro Martinez, a former school superintendent in Clark and Washoe counties, was named by Gov. Brian Sandoval to help with the initiative as a superintendent-in-residence with the Nevada Department of Education. (John Gurzinski/Las Vegas Review-Journal file) 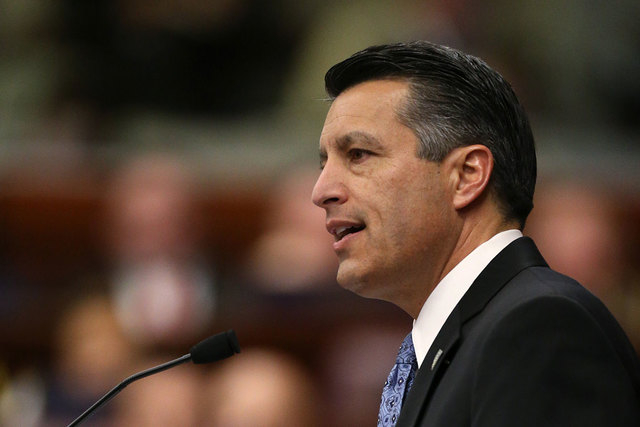 In his State of the State address on Thursday, Jan. 15, 2015, Gov. Brian Sandoval proposed a plan for the state to take over failing schools and operate them as charter schools. (Cathleen Allison/Las Vegas Review-Journal) 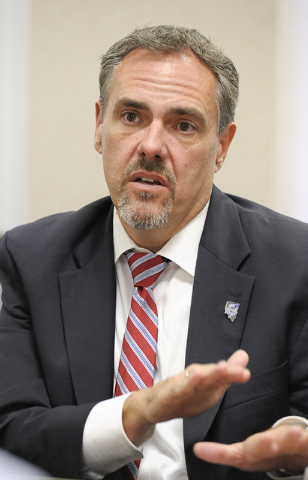 Nevada education officials released a list of 78 underperforming schools Friday, a day after Gov. Brian Sandoval proposed a plan for the state to take over failing schools and operate them as charter schools.

“We have too many schools in our state that are underperforming,” said Dale Erquiaga, state superintendent of public instruction.

The list represents more than 10 percent of Nevada’s 724 public schools.

“That makes me sad,” Erquiaga said.

He said his agency too often has focused on schools with one- or two-star ratings under the Nevada School Performance Framework, while giving little attention to those with the more obscure federal designations of “priority” and “focus.”

“That is why I decided to publish a full list,” the state superintendent said.

The new list includes all one-star, priority and focus schools in the state. All three categories denote persistent underperformance.

“Part of our strategy has been to now shine a light on all underperforming schools,” Erquiaga said.

Pat Skorkowsky, Clark County School District superintendent, said he was surprised that the state relied on old data in placing some schools on the list. Priority and focus schools are identified every three years.

Skorkowsky encouraged the state to update the data yearly “to ensure that we are making the right decisions about these schools.”

“Superintendent Skorkowsky and the Clark County School District are working hard in these underperforming schools,” Erquiaga said. “Our intention is to help them work even harder.”

In his State of the State address Thursday, Sandoval called on lawmakers to pass a large tax increase to fund about a dozen new or expanded education initiatives.

“I submit to you this evening that an education system for this century requires bold new ideas to meet the reality of our time,” the governor said in his address. “I am asking the Legislature to join me in beginning the work of comprehensive modernization of our education system to meet the needs of today’s students and the new Nevada.”

Nevada’s high school graduation rate for years has been among the lowest in the nation.

Among Sandoval’s proposals Thursday was a program for the state to take over failing schools and operate them as charter schools without any collective bargaining rules for teachers or administrators.

“In addition to new funding, the governor has proposed an achievement school district, an entirely new approach to school improvement, to ensure that our system of public education will be able to achieve the results our students and communities deserve,” Erquiaga said in a statement. “If operational by school year 2016-17, the achievement district could manage a number of the 78 schools we are identifying today.”

Pedro Martinez, a former Clark County schools deputy superintendent who was forced out of his Washoe superintendent position by the elected School Board, was named by Sandoval to help with the initiative as a superintendent in residence with the Nevada Department of Education.

According to Erquiaga’s statement, Martinez will begin meeting with Nevada Department of Education staff next week and will not be paid with state dollars. Private donations will be raised to fund the work of developing the achievement school district.

Erquiaga said the achievement district will require legislation, which has not yet been drafted.

“It’s critical that the existing school districts, families and communities work with the state department to improve these schools,” he said. “This is not an adversarial relationship. This is about improving the lives of generations of students.”

Skorkowsky said he does not yet know the specifics of Sandoval’s plan for the underperforming schools.

“I am very open to working with the state superintendent on the design of what this will be and how we can support the work that the state is willing to do,” he said.