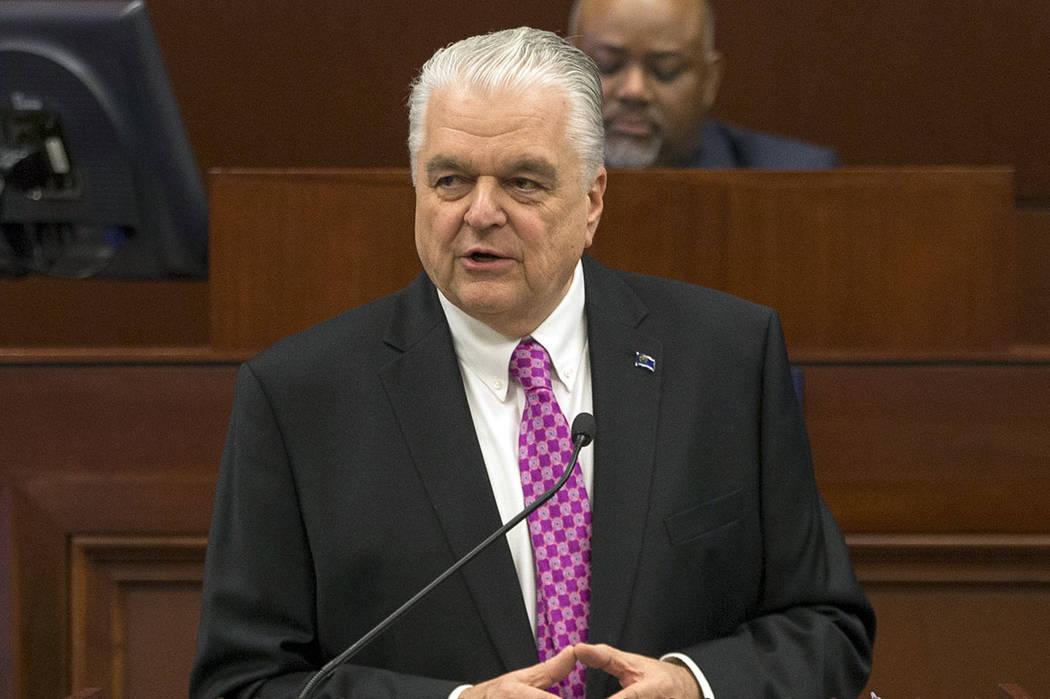 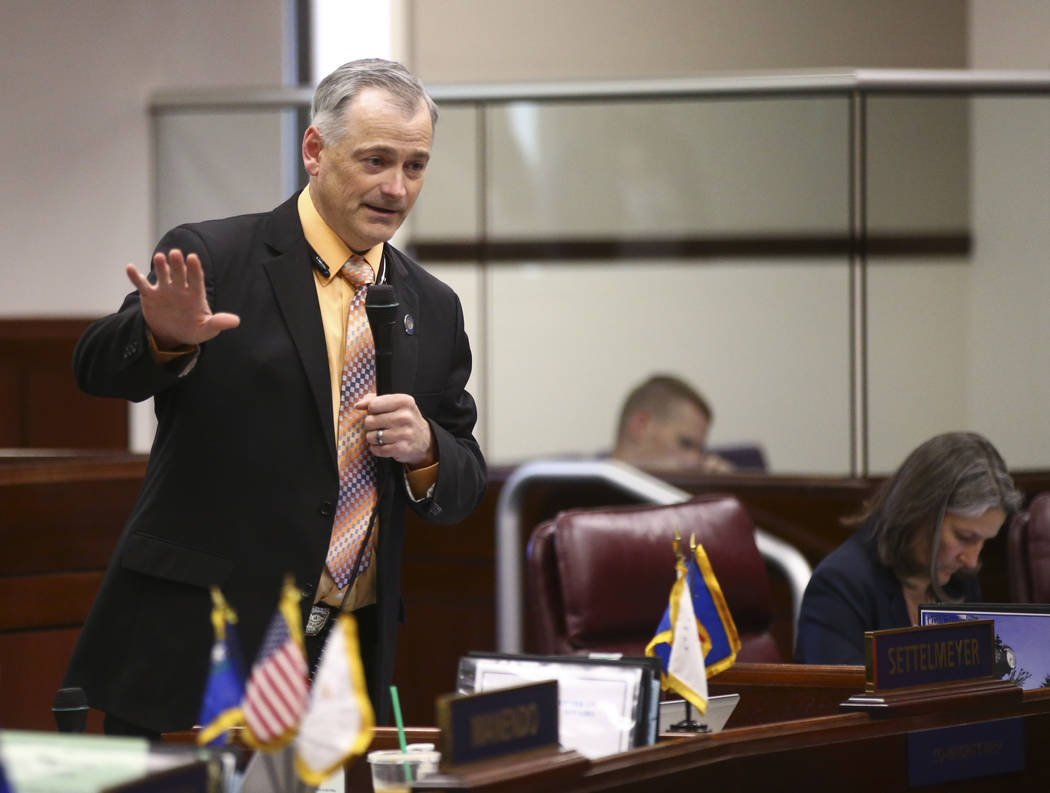 Sen. James Settlemeyer, R-Minden, during the second to last day of the Nevada Legislature at the Legislative Building in Carson City on Sunday, June 4, 2017. Chase Stevens Las Vegas Review-Journal @csstevensphoto 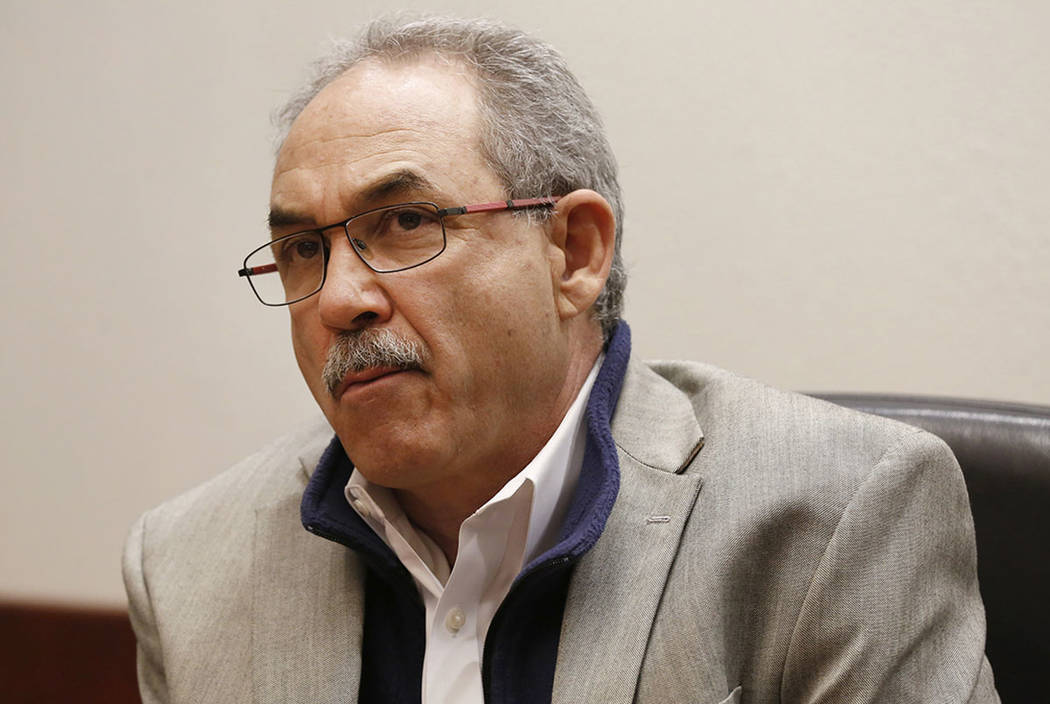 Gov. Steve Sisolak is committed to ensuring school districts across Nevada receive money promised by extending a state payroll tax despite a lawsuit filed by Senate Republicans challenging the legality of the move.

Even without the $98 million that the tax would bring over the biennium — much of which is intended to fund school safety grants and educator raises — the state has money in at least two different coffers that could help plug the hole if the courts uphold the challenge.

In a statement on Monday, Sisolak said districts are receiving funding for the 2019-2020 school year in the amounts recently approved by the Legislature.

“I remain absolutely committed to taking action if necessary following the court’s decision to ensure our schools continue to receive the total amount of funding approved by the Legislature for the … biennium,” he said.

The lawsuit that Senate Republicans filed last week challenges the Legislature’s move to extend two funding sources at current levels — the state’s modified business tax, which was scheduled to decrease, and a $1 technology fee on DMV transactions that was set to expire in June 2020.

Republicans have argued that those extensions required a two-thirds vote of the Legislature, while Democrats have said that extending an existing tax required a simple majority. The bill to maintain funding levels was muscled through in the waning hours of the legislative session.

The Clark County School District is set to receive roughly $25.9 million from the tax in fiscal year 2020 and another $27 million next year. Washoe County, meanwhile, is expecting roughly $5.3 million the first year and $5.6 million the next.

“We’ve been assured by elected officials on both sides of the aisle that the funds are secure and should not be impacted by the outcome of the lawsuit,” the Washoe County School District said in a statement.

The Clark County did not respond to a request for comment.

If the courts rule in the Republicans’ favor, the state could cover the loss of funding from the payroll tax with money in its rainy day fund or the general fund’s ending fund balance.

As of Monday, the state had $321.3 million in its rainy day fund, according to the governor’s finance office. Meanwhile, the state’s preliminary ending fund balance for fiscal year 2020 is about $290 million, according to Mark Krmpotic of the Legislature’s fiscal analysis division.

That’s above the amount that the state must keep in its reserves — 5 percent of its general fund operating appropriations, or $220 million.

Sen. James Settelmeyer, R-Minden, who brought the lawsuit with other Republicans, said there is plenty of money to fund safety initiatives and teacher raises.

“It will not jeopardize, in any way, shape or form, any government program,” he said of a favorable ruling in the lawsuit.

The Clark County Education Association, which has rallied behind Sisolak’s promise of a 3-percent educator raise, also does not believe funding is at risk.

“I don’t think school districts will have a gap,” said executive director John Vellardita. “I don’t think lawmakers or the governor are going to allow that to happen. It’s too critical.”

Meanwhile, Clark County Superintendent Jesus Jara has met with small focus groups of principals, teachers and support staff in an attempt to reduce the district’s $17 million deficit for the school year that starts in less than one month.

Jara originally planned to close the deficit by eliminating 170 dean positions in secondary schools — a move met with strong backlash from the administrators union, which sued the district claiming the School Board violated open meeting law in the decision.

Now principals have suggested using other money in their individual school budgets to keep their deans while still allowing the district to take the $17 million. Some have even suggested sharing the financial burden, with schools pooling together their available money so that everyone may keep administrators.