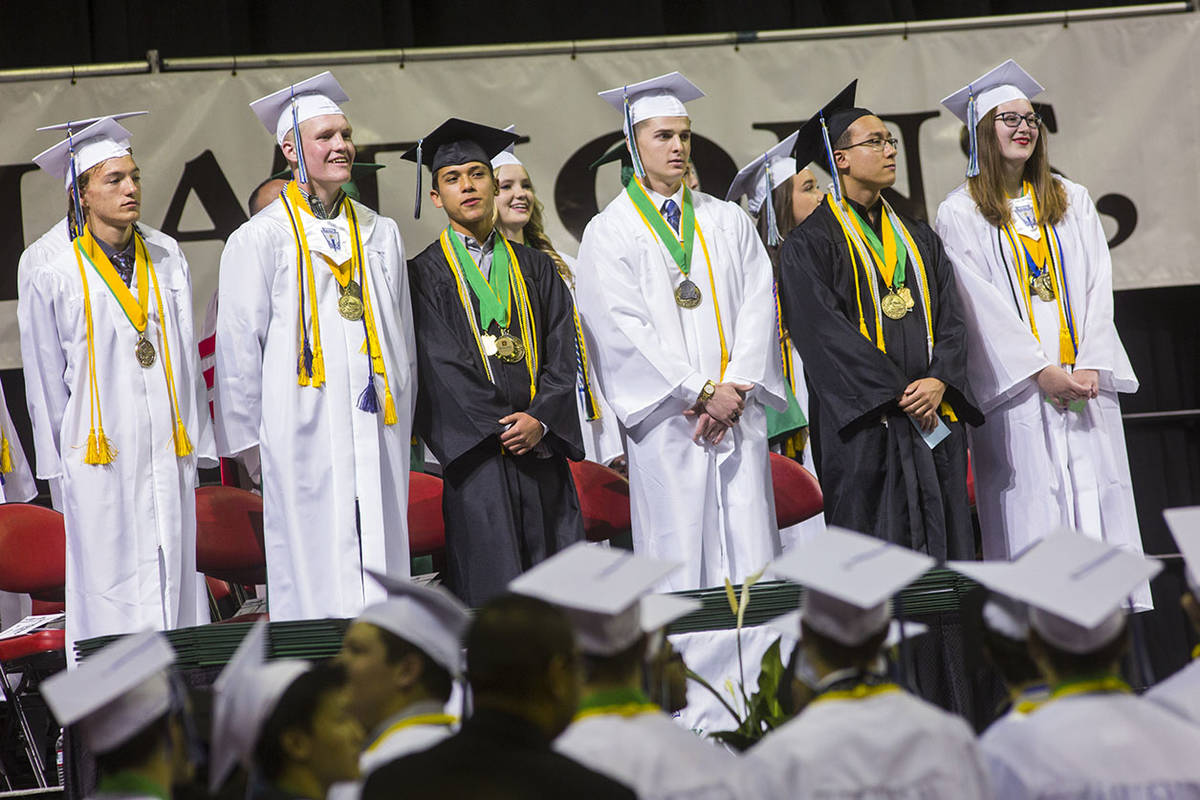 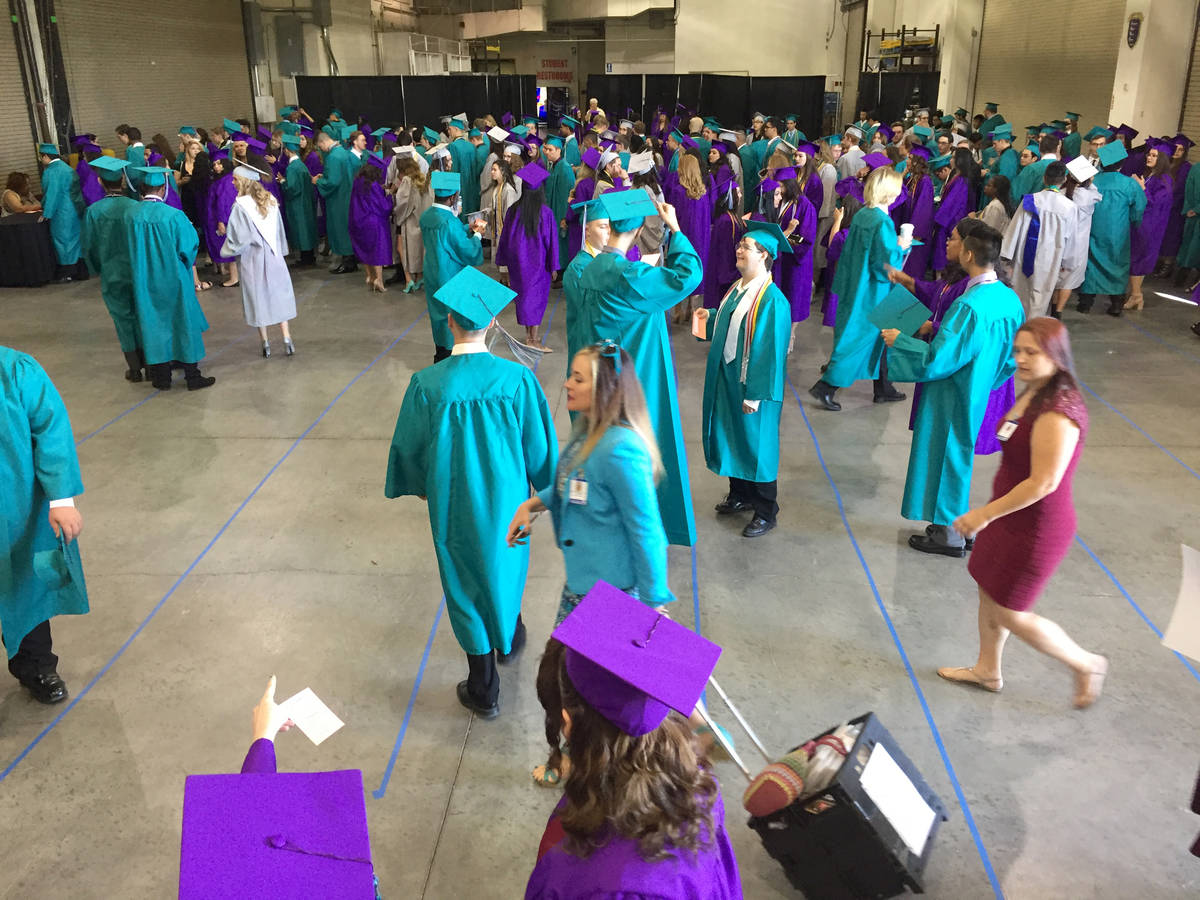 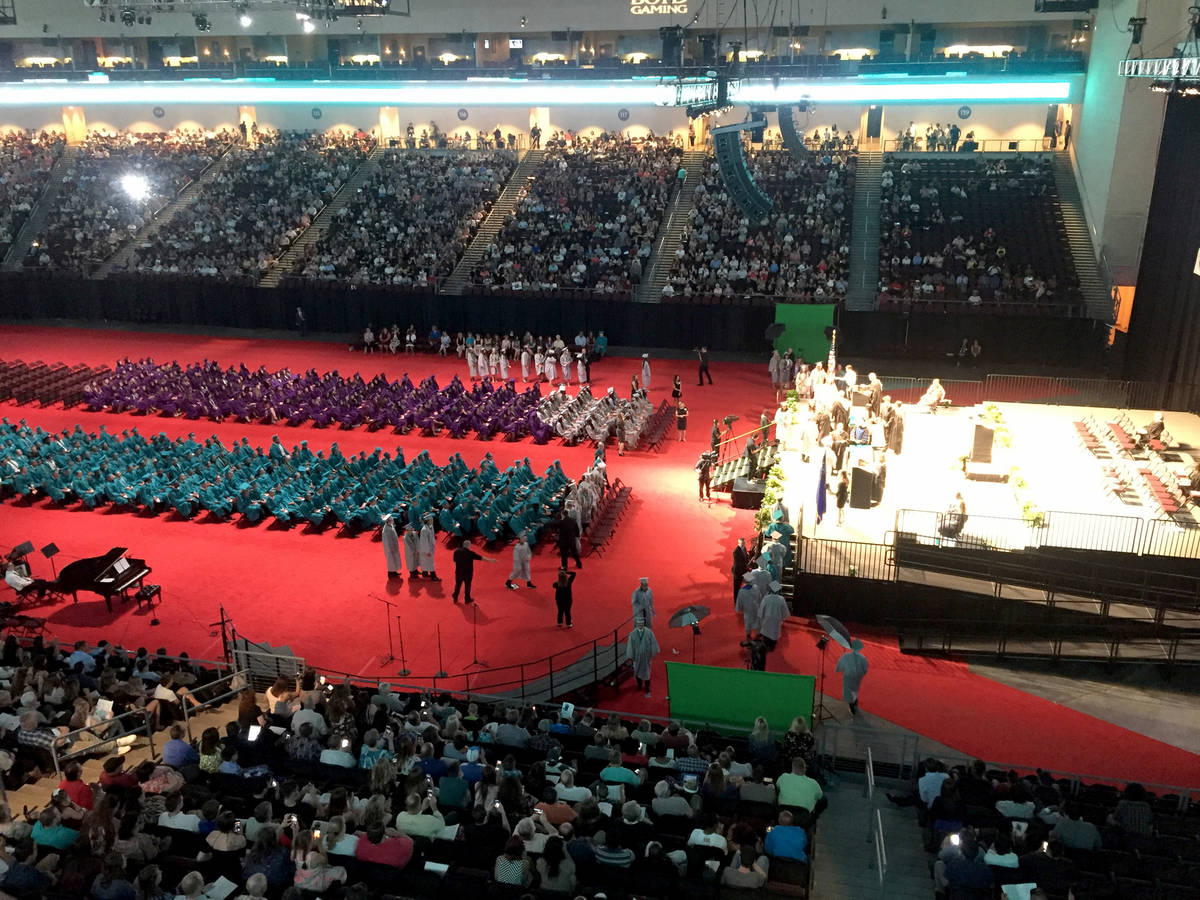 Nevada’s high school graduation rates slipped for the Class of 2020 after several years of steady gains, according to data from the Nevada Department of Education released Thursday.

Clark County, the state’s largest public school district and the fifth-largest in the country, saw a 2.6 percentage point decrease, falling to 83.1 percent from last year’s rate of 85.8.

Before the decline, CCSD’s rate had risen every year since at least 2015, the most recent year for which state data was available online. During that period it rose from 72.1 percent in 2015 to 85.8 percent in 2019.

Disruption surrounding the COVID-19 pandemic, which saw schools close abruptly on March 16, probably played a role in the downturn, leaving students to complete their year and earn their diplomas through virtual learning.

State Superintendent of Public Instruction Jhone Ebert acknowledged that work needed to be done to address the decline in a media call Wednesday but said she was pleasantly surprised that the pandemic didn’t have an even greater impact.

In a Thursday statement to the Review-Journal, Clark County School District Superintendent Jesus Jara said: “As stated in our FOCUS: 2024 goals, we will continue working on strong, rigorous, standards-based instruction with opportunities for support and enrichment for all students. The graduation rate is just one of many measures we are monitoring closely and addressing through a continuous cycle of improvement in order to prepare students for college and the workforce.”

“We’re proud that overall, the state’s graduation rate has remained over 80 percent for a fourth year in a row,” Ebert said. “We know (it) needs to be higher, but given the pandemic, our students persevered; our teachers continued on. They made sure, even though they didn’t have the normal graduation activities, they knew they wanted a diploma and were on track to get it.”

Most of the discussion about the graduation rate at a meeting of the Nevada State Board of Education on Thursday where the data was presented focused on the types of diplomas students 2020 earned, including a breakdown by race and ethnicity.

For the Class of 2020, 23.9 percent of students earned a college and career ready diploma, and 16.8 percent earned an advanced diploma, which Ebert said represented a “great trend.”

Board member Felicia Ortiz said the most revealing slide in the presentation was diploma type by race and ethnicity, noting the continuing disparities among subgroups are concerning.

Among Asian students who graduated in 2020 statewide, 46.4 percent earned a college and career ready diploma, compared with 27.6 percent of white students, 14 percent of Black students and 19 percent of Hispanic or Latino students.

“So how can we even those out is my question,” Ortiz said.

Ortiz asked: “Is there any effort planned to dig into this data a little bit further to find out what potential obstacles might exist that we can hopefully remove?”

Peter Zutz, administrator of assessment, data and accountability management for the Nevada Department of Education, responded that the report “is probing us to ask more questions that would drive us to have a better, clearer understanding of what might be going on.”

He said department officials are having internal discussions and are working with school districts to gain a better understanding of the issue.

Board President Elaine Wynn said the data illuminates “the discrepancy, yet again, in achievement, and it seems as though our Hispanic and Latino population is starting to make some progress, but our African American groups are still struggling and we’ve got to address that.”

Graduation rates in Washoe County, the state’s second-largest school district, decreased by just under 1 percentage point, from 86.05 to 85.11 percent.

Students who identify as Pacific Islanders had the greatest percentage drop at 3.5 percent, but the overall rate for the group stood at 85 percent.

Students with disabilities continued to graduate at a rate below 70 percent, dropping 1.1 percent to 66 percent.