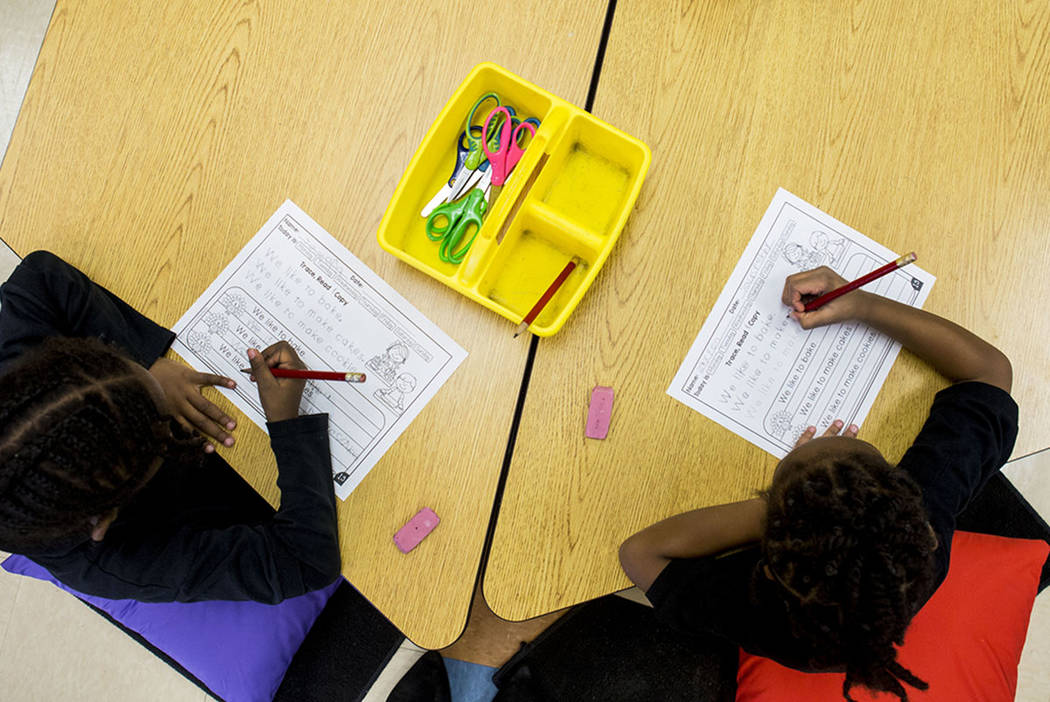 When the two largest Nevada school districts began warning of budget deficits for the current fiscal year, the state Department of Education urged them not to blame the state for their problems.

Now the department is acknowledging that it erred in two calculations that financially affected school districts statewide — one on how much to reimburse for full-day kindergarten programs and another in how much it would pay districts for online charter school students.

Partly because of the first miscalculation, school districts last month received an unexpected windfall of $17 million in reimbursements for full-day kindergarten after the state discovered there was additional money left over for the program from the previous biennium.

The Fiscal Analysis Division of the Legislative Counsel Bureau said a number of factors contributed to the excess funds — projected kindergarten enrollment came in lower than expected and the state did not dispense the full amount of benefits to districts to support the full-day program.

The Washoe County School District also used other state funding to cover some costs for the program, and unexpended money from the previous fiscal year rolled over into the fund.

The discovery of the surplus funds came at an opportune time for the Clark County School District, which has been wrestling with a budget deficit estimated at $50 million to $60 million, due partly to lower-than-expected kindergarten funding from the state. It will now receive $11 million of what was previously a $14 million shortfall in kindergarten funding.

Education Department spokesman Greg Bortolin said the department worked hard to resolve the issue, asking the Interim Finance Committee in October to disburse that money back to the districts.

“We’re very sensitive to the fact that the two large districts are having some financial issues,” he said.

The other state error worked in Clark County’s favor. The department inaccurately counted online charter school students and their county of residence.

That left Washoe County, which just closed its fiscal year 2017 books, with a $6.6 million hole, as the Reno Gazette-Journal first reported. That’s because the state mistakenly counted students enrolled in certain online charter schools as residents of Washoe County, where the schools were based.

Districts lose funding for each charter-school student who lives in their county. That means Washoe lost money for students who lived in other districts.

Conversely, other counties throughout the state received more per-pupil funding than they should have. In Clark, that meant the school district received about $3 million it should not have received.

Bortolin, the Education Department spokesman, said officials worked to identify the error and correct it.

“These are issues that we are bringing forward and bringing to light,” Bortolin said.

The Clark and Washoe school districts both raised concerns about state funding in the spring, saying that they had received less money in some areas than expected. At the time, State Superintendent Steve Canavero said the districts had made budgeting mistakes and should not blame the state for their problems.

The discovery of the state funding miscalculations suggests those budget issues weren’t entirely the districts’ fault.

Bortolin, however, says that the Education Department has acted decisively and transparently once it discovered the issues. Reversions of money are also common, he argued.

“Any time that we see a better way of doing something, or if we identify something that needs to be corrected, it’s incumbent upon us to bring that to light,” Bortolin said.

Both Clark and Washoe School Districts are grateful for the extra kindergarten funds.

Clark County School District spokeswoman Kirsten Searer said it’s typical for the district and state to go back and forth on questions about funding.

“What’s different this year is that CCSD is working to resolve a budget deficit and so any adjustment on revenue we were expecting seriously affects our budget,” she said in a statement. “Most school districts in Nevada are currently working with similarly tight budgets. We appreciate that state officials have listened to us and are working collaboratively to look for creative solutions.”

Solving any problem, he argued, takes dialogue with all the parties.