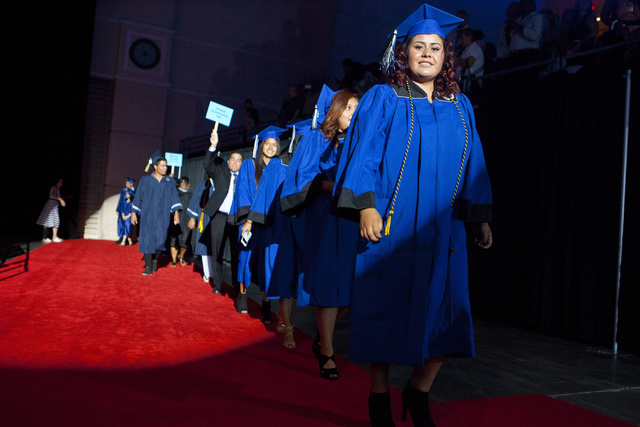 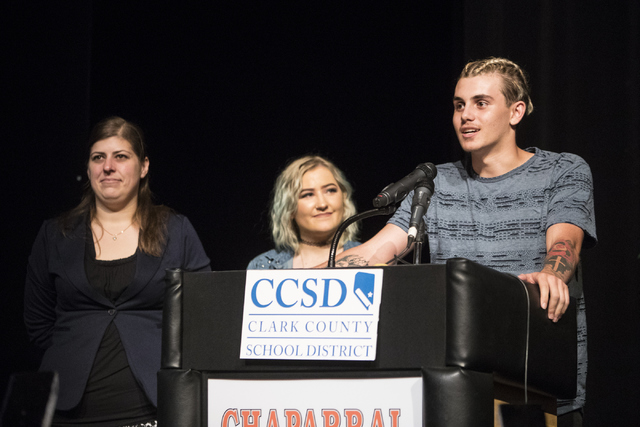 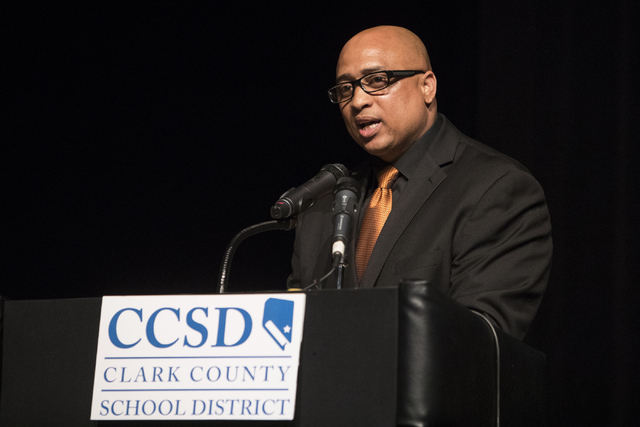 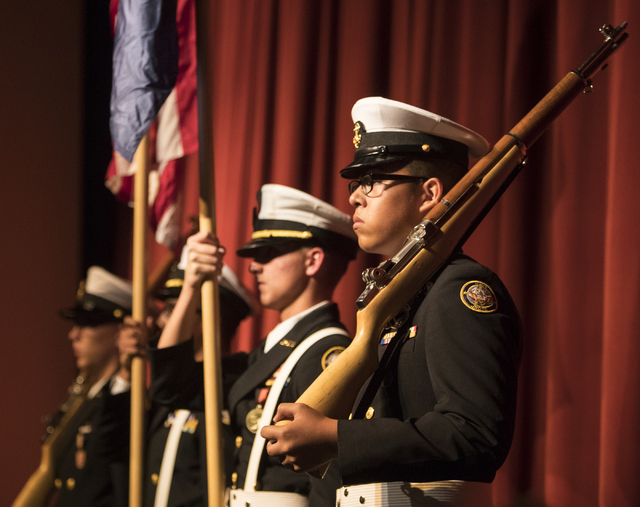 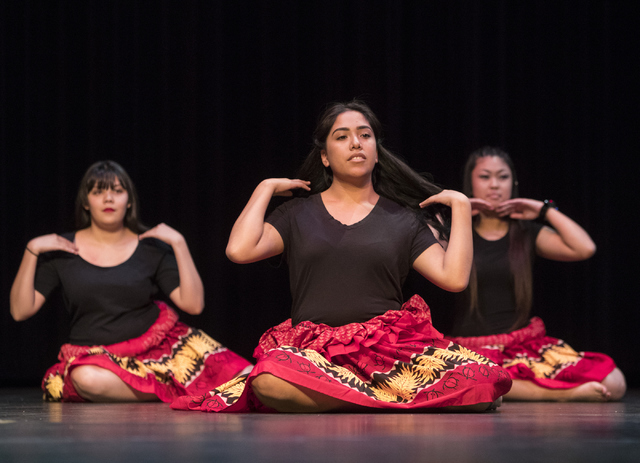 While more than 1 in 4 high school students in Nevada fail to graduate on time, the state and Clark County School District this year posted incremental gains in their overall graduation rates.

The Nevada Department of Education on Thursday reported a preliminary graduation rate of 72.6 percent for the class of 2016, which entered public high schools as freshmen in 2012-13.

That’s up from the statewide average of 70.9 percent last year and 70.0 percent for the class of 2014. The national high school graduation rate was 82 percent in 2013-14, according to the most recently available data from the U.S. Department of Education.

“We’ve been seeing some modest increases” over the past four years, Steve Canavero, state superintendent of public instruction, said during a conference call Wednesday.

Canavero highlighted a 1 percent growth in student enrollment across the state’s public and charter schools. Meanwhile, the dropout rate declined slightly from 2.8 percent in 2014-15 to 2.7 percent in 2015-16.

“That’s a number we want to see drop, so that’s moving in the right direction,” Canavero said.

He also stressed the preliminary graduation rates released Thursday are subject to further data review and could change when a final report is issued in December.

‘WE NEED TO IMPROVE’

Despite the higher graduation rate, the actual usefulness of a high school diploma in Nevada remains in question.

Only 8 percent of the class of 2016 — the first required to complete the college-entrance ACT exam under a new state mandate — scored well enough to be considered ready for college in four major subject areas. And 57.7 percent of Nevada high school graduates who go onto a public college or university in the state are placed in remediation courses to help them adjust to more rigorous classes later.

“How do we do that? Maybe stronger programs that senior year, working in collaboration with the state Department of Education to ensure that students during their senior year are exposed to more mathematics, English (and) reading,” he said.

In Clark County, the district’s preliminary graduation rate reached 74.2 percent compared with 72.1 percent last year and 70.9 percent in 2014. At 17,491 students, the graduating class of 2016 is the district’s largest.

In 2014, Superintendent Pat Skorkowsky committed the district to reaching a graduation rate of 82 percent for the class of 2019, which entered Clark County high schools as freshmen last year.

“We have the mentality that we can get to 100 percent,” Barton said.

‘MAKES IT ALL WORTH IT’

Andrew Solis, 18, was one of the 377 Chaparral seniors who accepted a diploma last June. He almost didn’t graduate after struggling with depression, getting arrested and watching his sister recover from getting hit by a car — all during his final year.

“There were a lot of times where I felt like I just wanted to give up and just call it quits and figure out what I was going to do,” Solis said. “But after you pass that graduation, it just makes it all worth it.”

Solis now attends the University of Nevada, Las Vegas, where he plans to study athletic training and hopes to work with a college football or basketball team in the future.

For a list of individual school graduation rates, go to https://goo.gl/kHUQ8K.