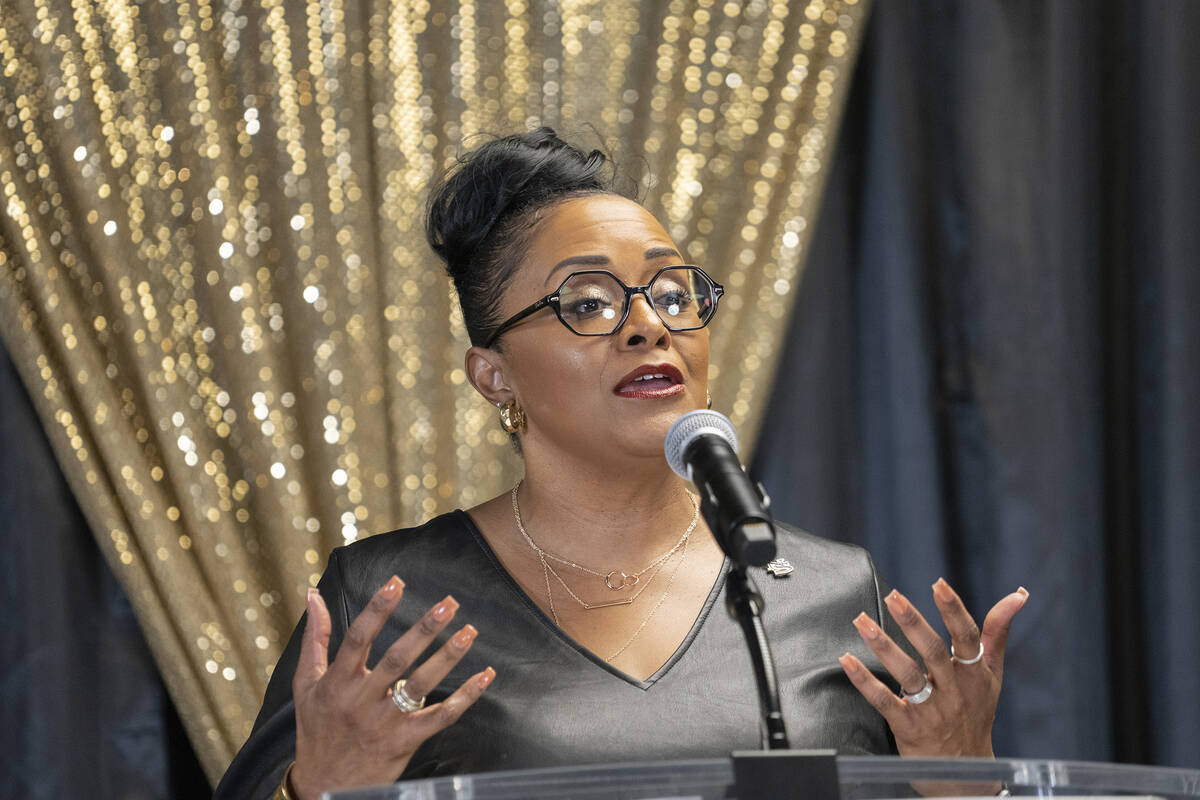 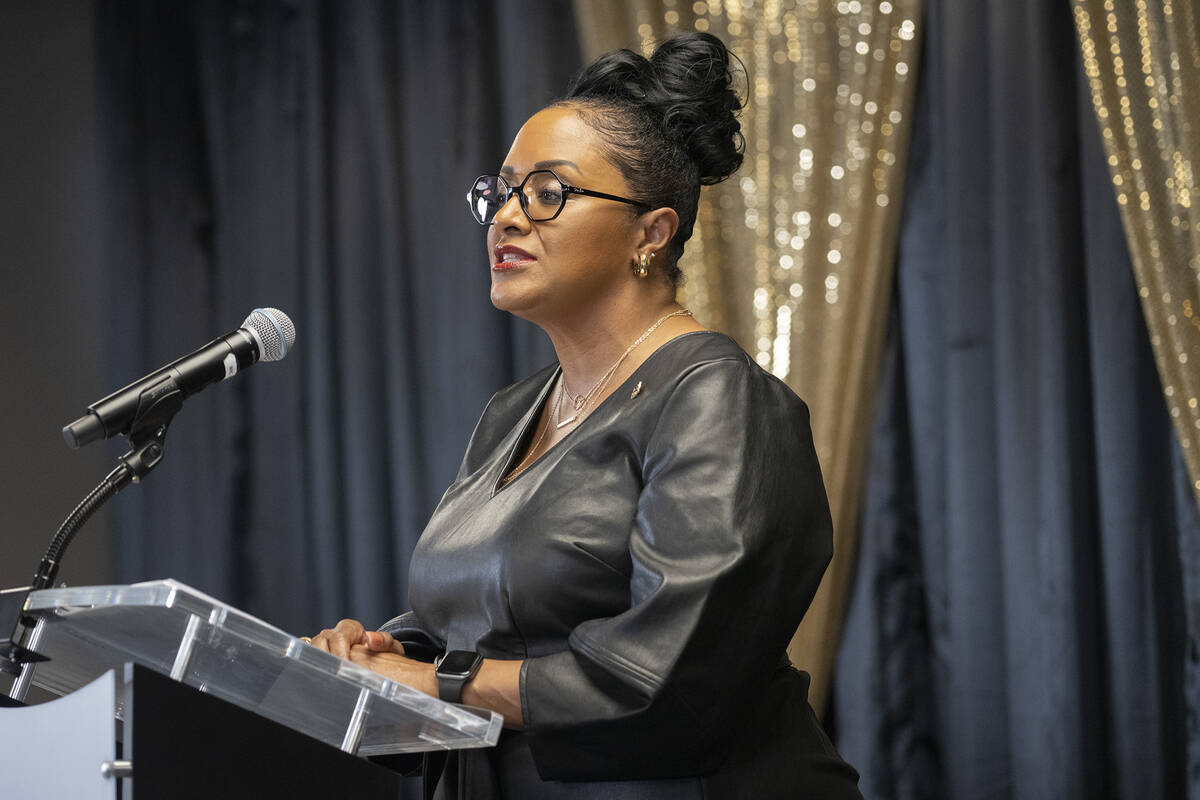 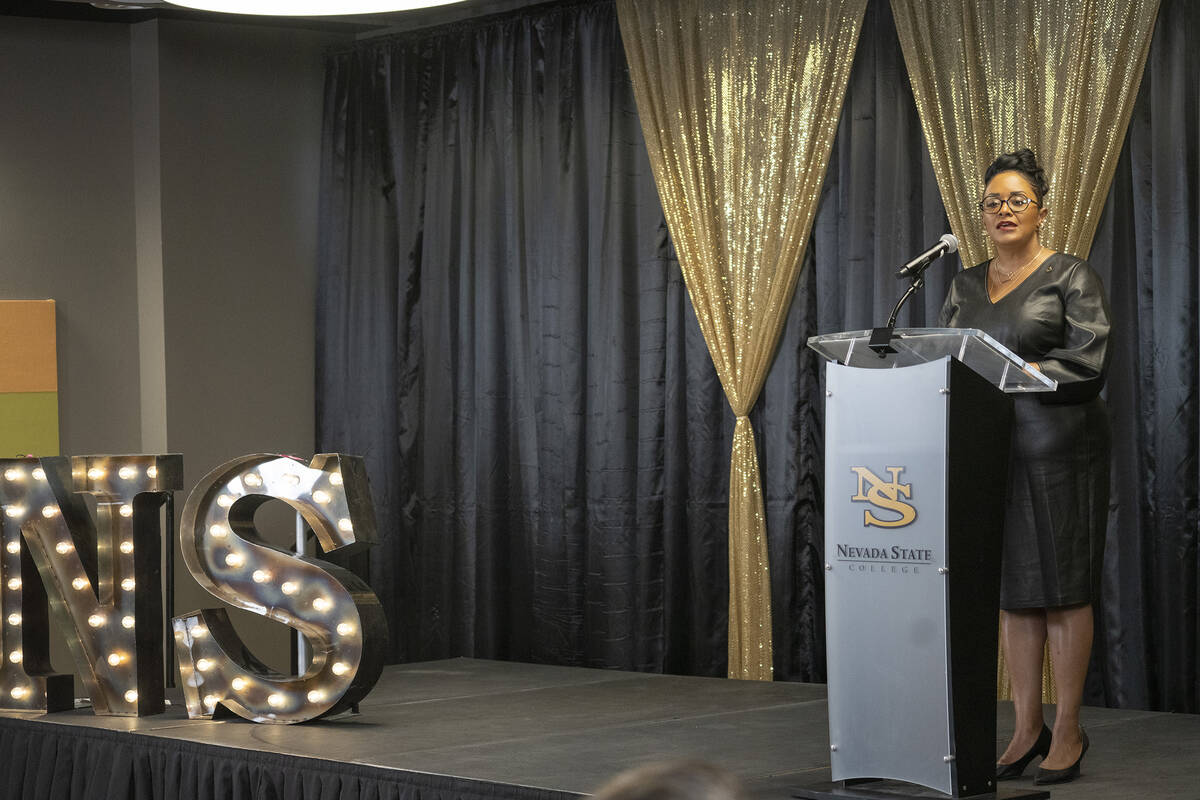 Nevada State College is pushing forward with its name change proposal and hopes to bring the item back to higher education regents in March.

The topic came up Wednesday during President DeRionne Pollard’s yearly “State of the College” address at the college’s Rogers Student Center.

Nevada State College, which opened in 2002 in Henderson, has more than 7,200 students. It offers bachelor’s degrees, plus a master’s degree in speech-language pathology.

The college wants to change its name to “Nevada State University.” College officials say it would help boost enrollment, eliminate confusion among employers and lead to higher pay for graduates.

Pollard — the college’s eighth president, who began on the job in August 2021 — said the school would continue to support a renaming effort.

In addition to data showing an increase in enrollment when a college changes its name to university, “it’s time for our students to get the recognition of the quality of education that they have earned at this institution,” she said.

In September, Pollard presented a name change request to the Nevada Board of Regents. The board postponed making a decision, saying it needed more information about topics such as accreditation, and state law and handbook changes.

Regents heard an update in November but did not take action.

After the address Wednesday, Pollard told the Las Vegas Review-Journal that the college is working with the higher education system, as well as state legislators.

She said she hoped the item would come back at the March Board of Regents meeting for possible action.

After Pollard’s address, Nevada State College junior Za’Ni Smith — a first-generation college student who grew up in North Las Vegas — shared her story with the audience. She received a standing ovation.

Pollard also discussed a number of other topics during her speech.

The college continues to make progress toward exploring a pathway for offering athletics, Pollard said.

“We hope to have an announcement soon enough on the progress toward a potential athletics program here at Nevada State,” she said.

A $3 million, one-year grant from the Clark County School District that comes from federal coronavirus relief money will be used to pay tuition and fees — after financial aid — for all students enrolled in the college’s teacher education programs.

“Our future educators should not have to bear the financial burden while teaching the next generation,” Pollard said.

She said there’s potential to continue the initiative for a second year with another $3 million in funding, for a total of $6 million.

More than $1 million already has been applied to accounts for more than 350 students for the spring semester, Pollard said.

Morlon Greenwood Foundation wants to build the MG52 Center — an integrated athletic, special events and youth development center with an 8,500-seat capacity — on the college’s campus.

Pollard said she plans to talk with the Board of Regents about the public-private partnership at its March meeting.

The foundation is working with Nevada State on a potential long-term ground lease on the college’s campus, Pollard told the Las Vegas Review-Journal.

A “Campus Commuter” pilot program, a shuttle service with fixed routes that was suspended because of the COVID-19 pandemic, is set to return for the 2023-24 school year.

The partnership between Nevada State College and College of Southern Nevada is set to offer no-cost transportation for students to its campuses.

Pollard mentioned a couple of new degree programs that are expected to begin soon at the college, including a bachelor’s degree in chemistry in the fall.

The college also is close to getting approval from its accreditation organization, the Northwest Commission on Colleges and Universities, for an education specialist degree in school psychology that’s expected to start in 2024.

That’s possible thanks to a grant from the school district, which provided funding for a full-time faculty member, Pollard said.

The joint effort, she said, will help the state “build a stronger pipeline of mental health professionals.”