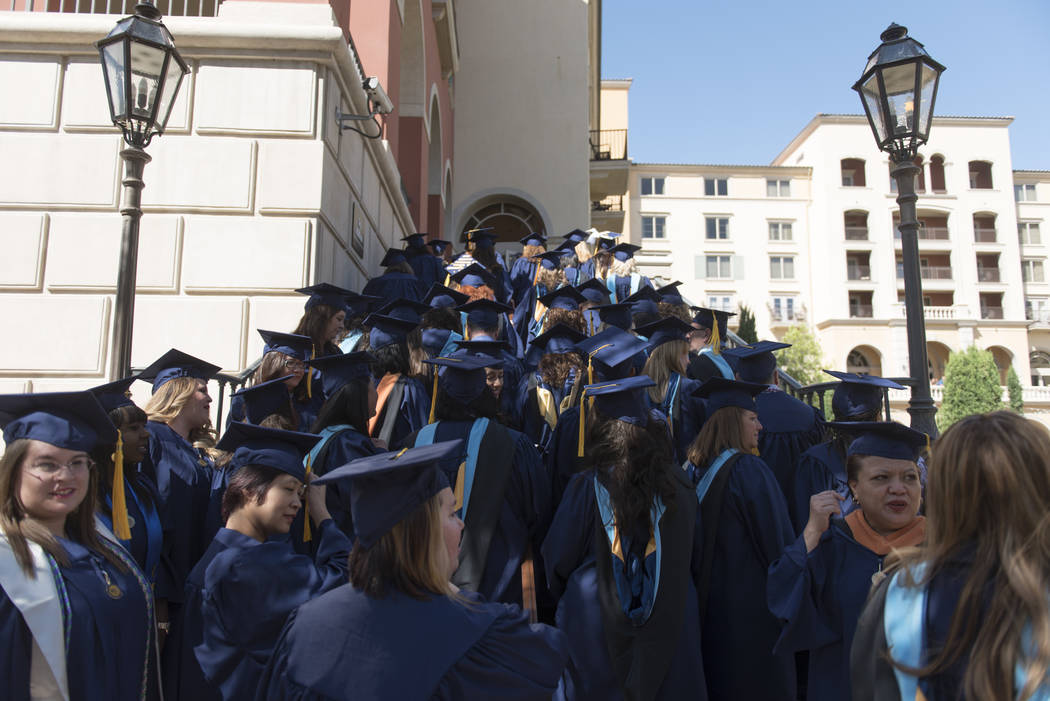 It might not have the bricks and mortar of an esteemed university building, but Western Governors University has a talking owl as its mascot, and it’s turning heads in the direction of online schooling.

WGU has been educating students in online classrooms since 1998, when the internet was still in its infancy. Even more revolutionary at the time, however, was the school’s competency-based approach to learning.

“What’s fascinating to me is that on a national level, competency-based education is starting to get more and more traction,” Stewart said. “With the Higher Education Act being debated and discussed in Congress, a good portion of that is dedicated to new ways of teaching and learning. WGU really serves as the pioneer in this space.”

Competency-based education is an approach to learning that features a self-paced curriculum with course mentors who employ assessments to demonstrate mastery of a topic. While students who attend schools in the Nevada System of Higher Education must adhere to credit hours and semester-long courses, WGU takes a different route.

“To innovate in the higher-ed space requires a bit of courage because you have over 900 years of history and learning against you,” said Stewart, who spent 15 years at Nevada State College before joining WGU Nevada. “It’s a very tradition-rich environment.”

Learning at any time

WGU’s environment is one that has worked for James Lemmons. The first course he took began on Jan. 5, 2012. He finished it on Jan. 25 that same year.

“It’s great for working adults, for people who have a full-time job, for those who have kids,” Lemmons, 52, said. “I was able to do it after hours and on the weekend. I even took tests from my mom’s kitchen table when I was on vacation in Mississippi.”

Silvia Mendoza-Stout, a learning strategist for the Clark County School District, said she finished her master’s degree six months ahead of schedule.

“With having a full-time job and being a full-time parent, knowing that I could work at any time, including at night or on the weekends, was my buy-in to this kind of university,” Mendoza said, adding that the cost was a major benefit as well.

She shopped around at first and discovered that she was priced out of a local university. She spent $9,000 on her Master of Education in learning and technology degree and graduated in 2016.

Since opening as a state affiliate in 2015, WGU Nevada has graduated about 1,100 students, Stewart said.

And while competency-based education is gaining traction beyond WGU, so is the concept of “working learners” like Lemmons and Mendoza-Stout, Stewart said. WGU’s average student age is 37.

“More attention is being focused on this population,” Stewart said. “It used to be that you’d go to school for four years and it’d help you for the rest of your life. That’s no longer the case. Education has to walk (in) lockstep with individuals throughout their entire career.”

Stewart said that in addition to helping this population, he wants WGU Nevada to be a force in increasing degree attainment among Nevadans. And as the state’s public colleges are in the midst of implementing a new strategic plan to make strides in student success, WGU Nevada wants a piece of the action, too.

“I will know of our success as a university when we have helped the state and its residents and its businesses be that much more competitive in this new economy,” Stewart said.

The Clark County School District said Friday it was notified by the Southern Nevada Health District of a confirmed case at Palo Verde High School in northwest Las Vegas.