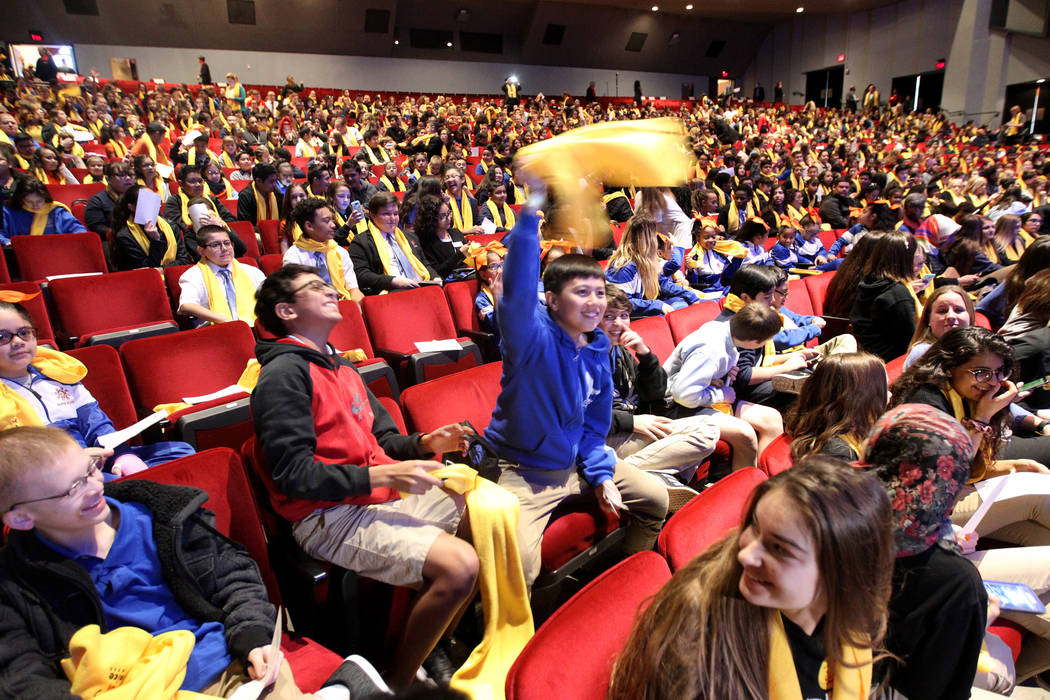 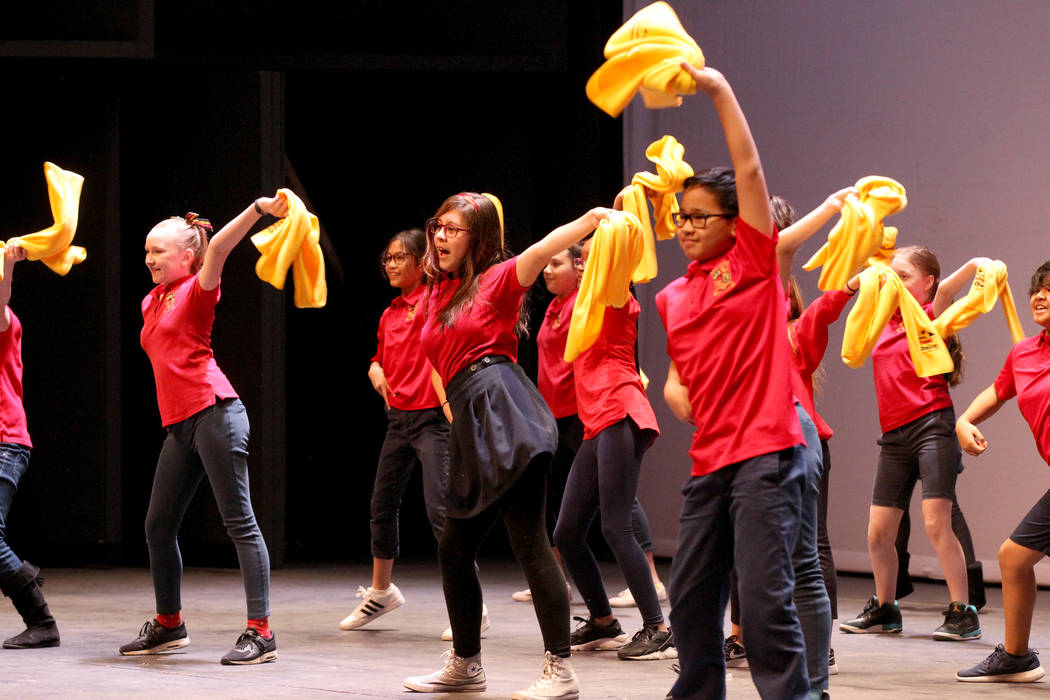 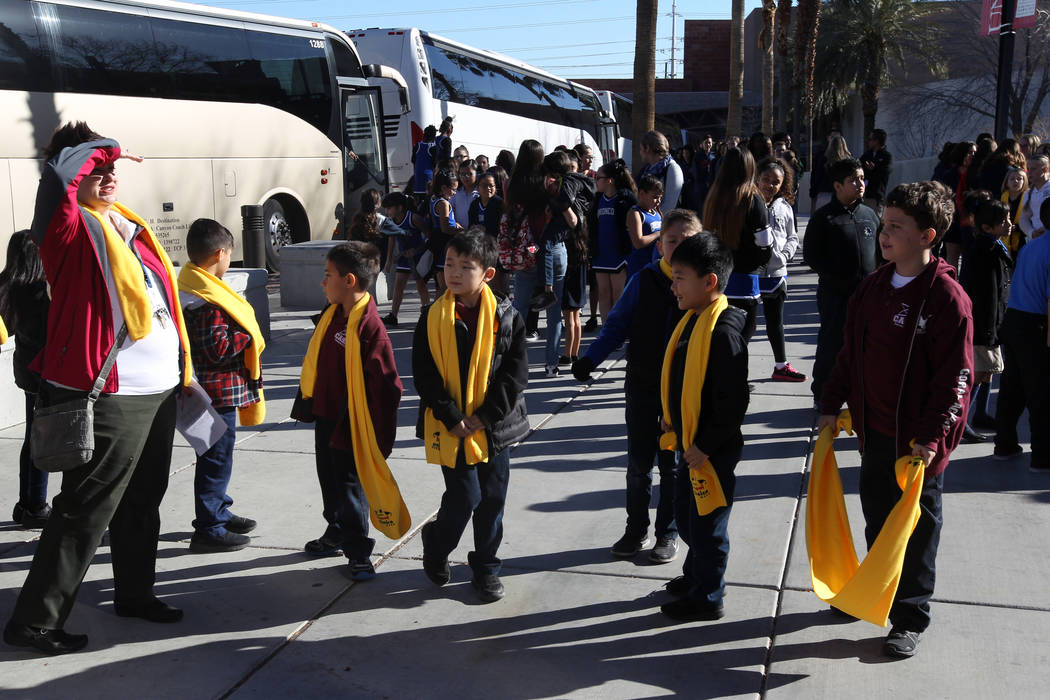 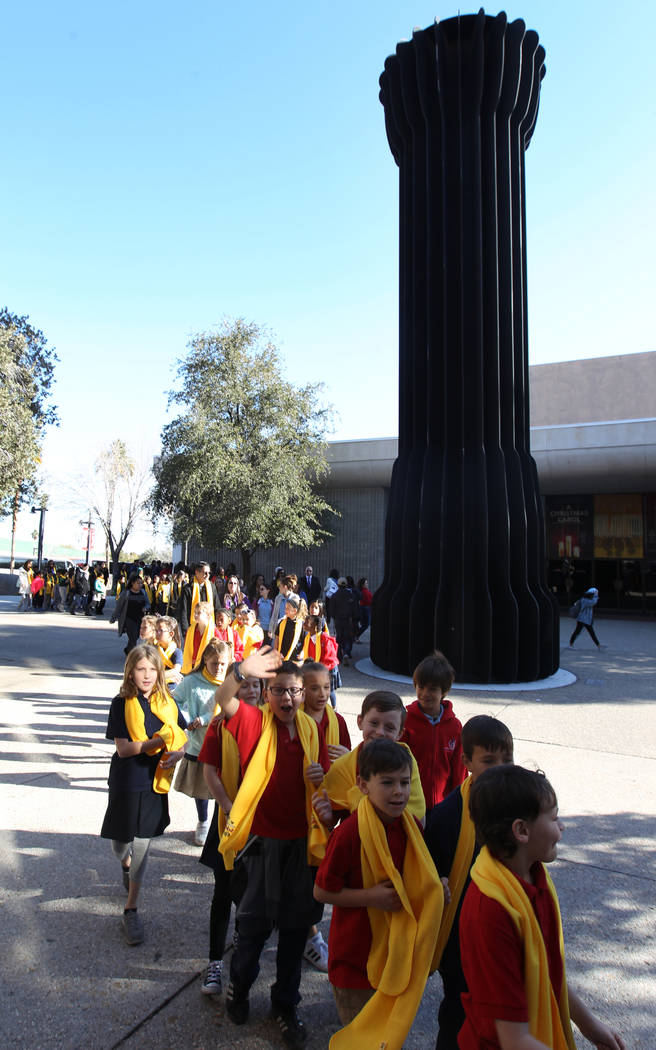 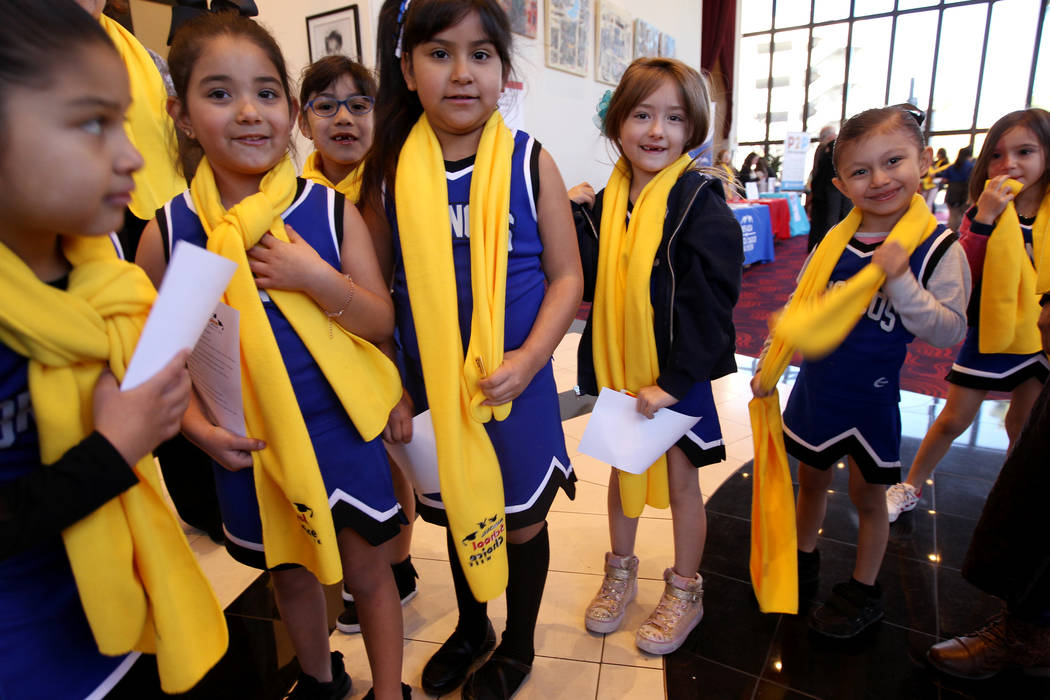 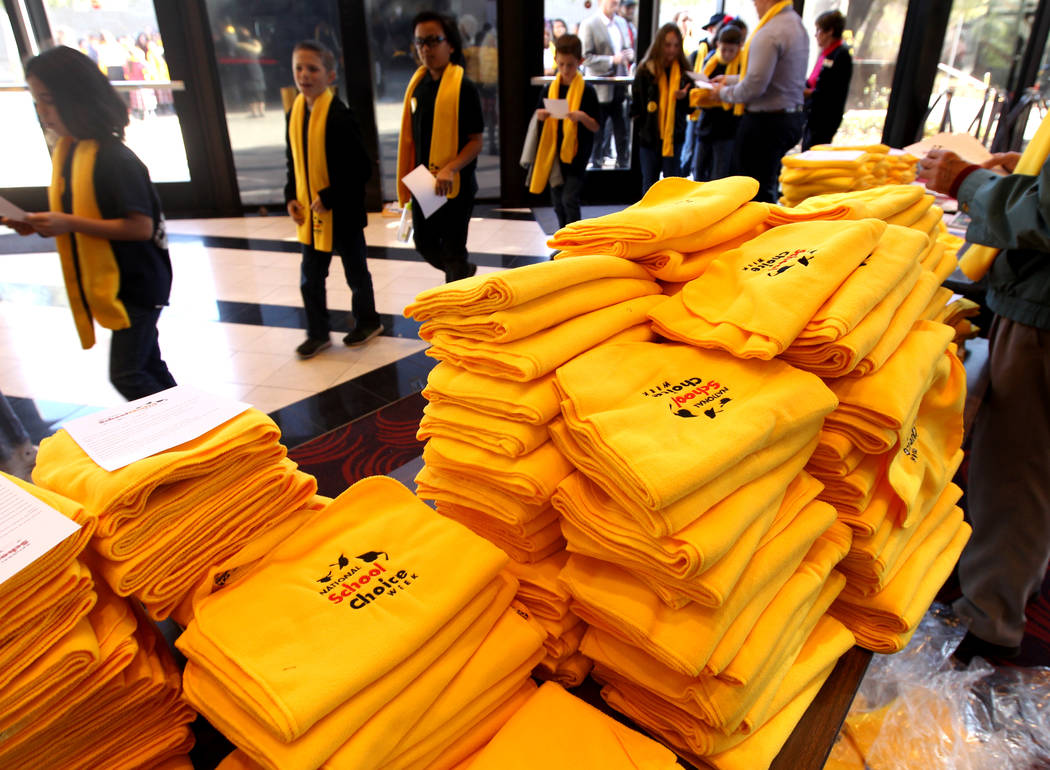 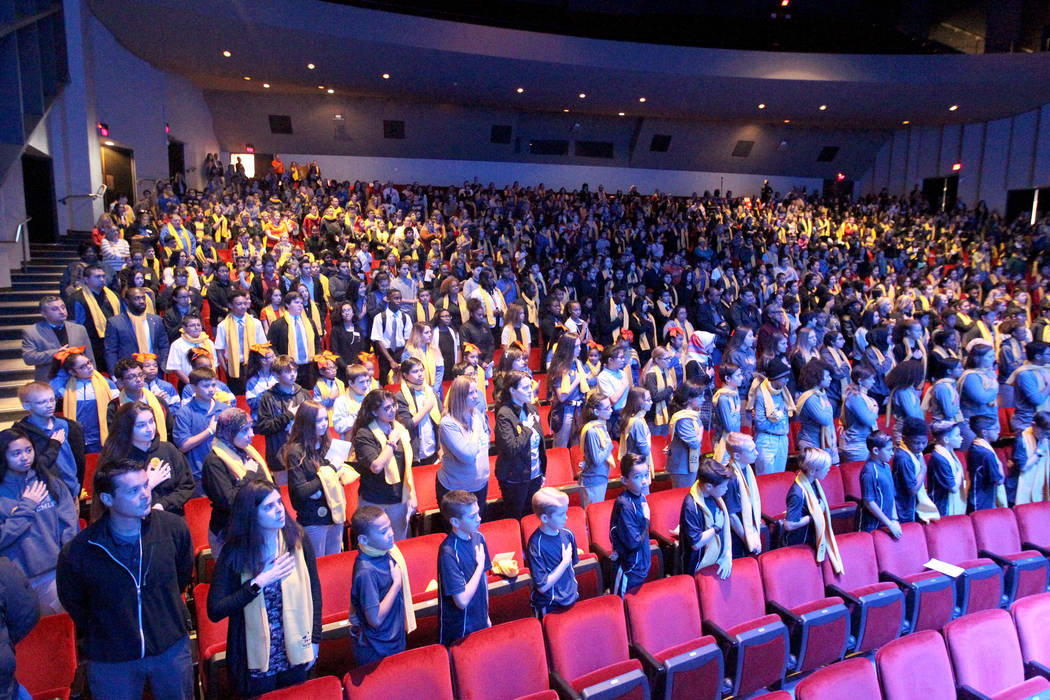 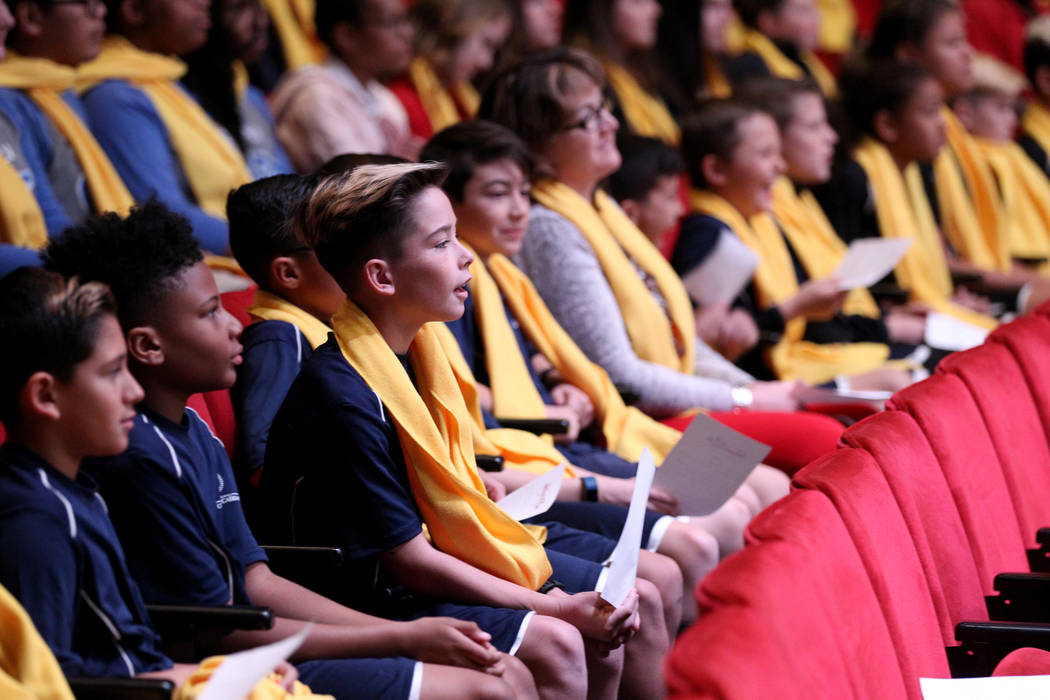 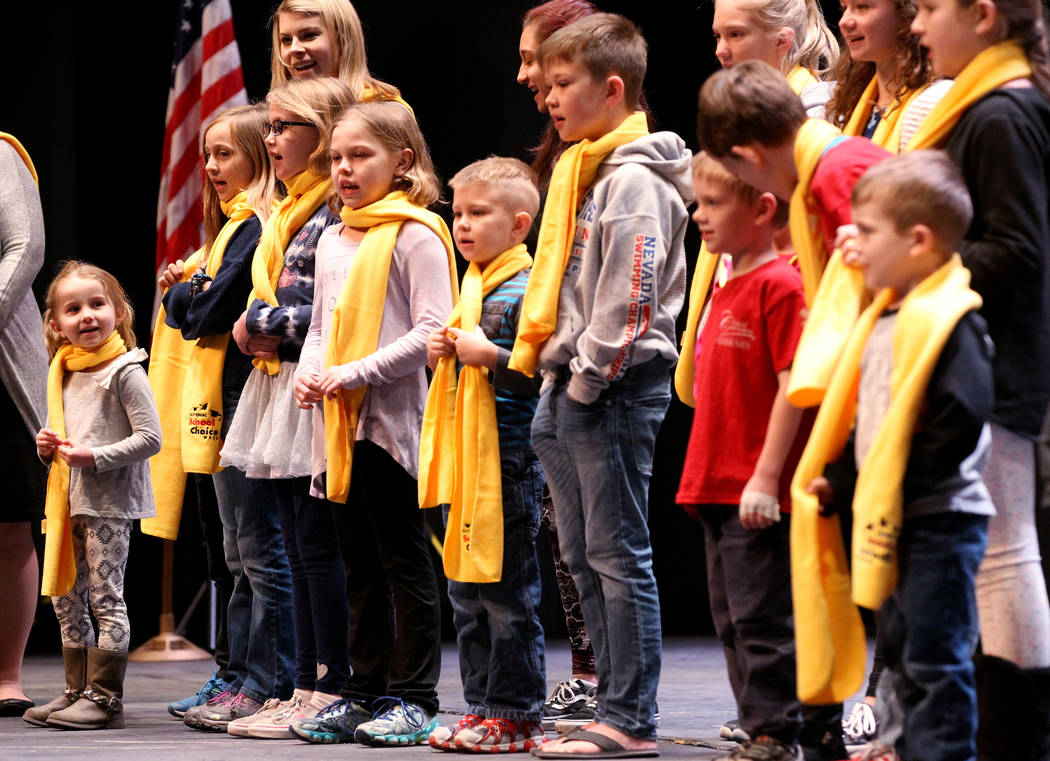 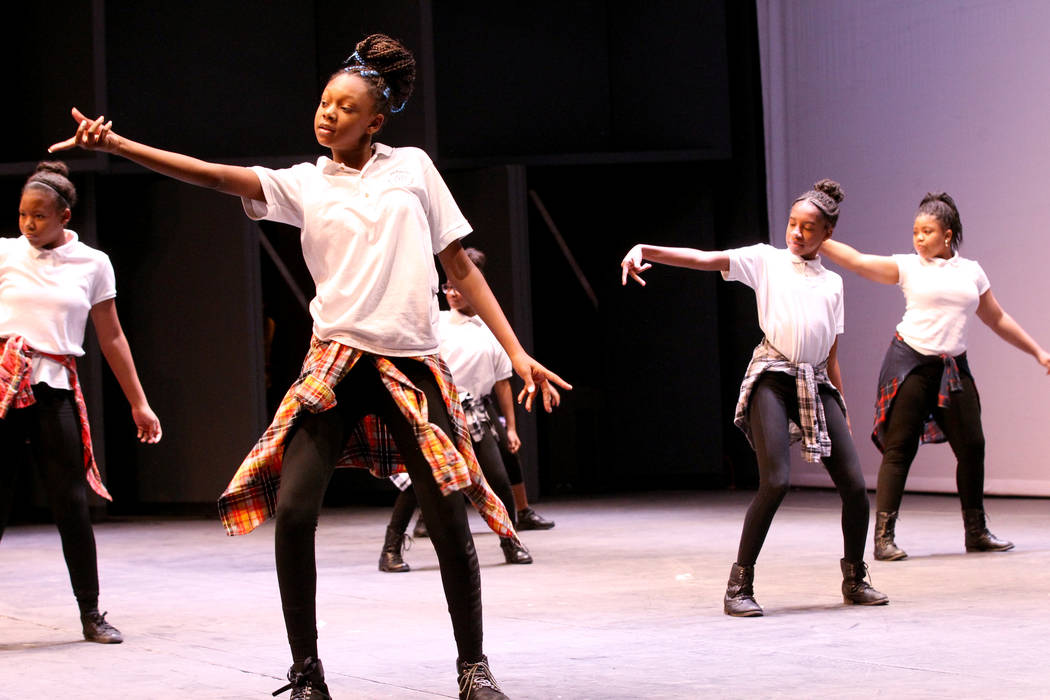 Students took center stage Tuesday — showing off everything from their singing to soccer skills — as part of a weeklong celebration of school choice in the state.

More than 1,800 students, teachers and families gathered at Artemus Ham Hall on the UNLV campus to mark National School Choice Week, a designation designed to promote public awareness about various education options. The event, which included student performances and demonstrations as well as information booths set up by various education groups, was one of many such events scheduled this week across the Las Vegas Valley.

Most often associated with charter or private schools, the school choice term is much more expansive and includes magnet schools run by public school districts, home schooling, virtual learning and anything in between.

“It’s a personal choice, that’s what it comes down to,” said 36-year-old Jen Hainley, the mother of an 8-year-old second-grader at St. Gabriel Catholic School. “It means really having the ability to choose what learning environment is best for your child.”

For Hainley, that meant a private school. She knew her son wouldn’t do well in the large classrooms of the public schools near her family’s home in Mountain’s Edge. She also had trouble with large classrooms when she was younger.

More to be done

But even with a focus on school choice, some parents still think there’s more to be done.

Jackie Ramos, a mother of four with one child left in school, said she wishes she could have sent her older children to better public schools than her neighborhood option, but they were not accepted to the schools she applied to, which run on a lottery system.

Her youngest son, however, is a student at Sandy Searles Miller Elementary School Academy for International Studies, a magnet school in the district that is outside their school district zone.

“I can see the difference,” she said.

Partida said, speaking in Spanish through a translator, said the public schools in her neighborhood were low-performing according to Nevada standards.

Even though she saved money, she would never have been able to afford the private school without the scholarship, she said.

Originally, she was a supporter of education savings accounts, a more expansive school choice program that ultimately didn’t get funded by the Legislature. It was through that discussion she learned about the Opportunity Scholarships, enabling her to move her kids to the school in November.

“They feel safe, they’re happier,” she said. “They were always good students, now they’re getting all A’s.”