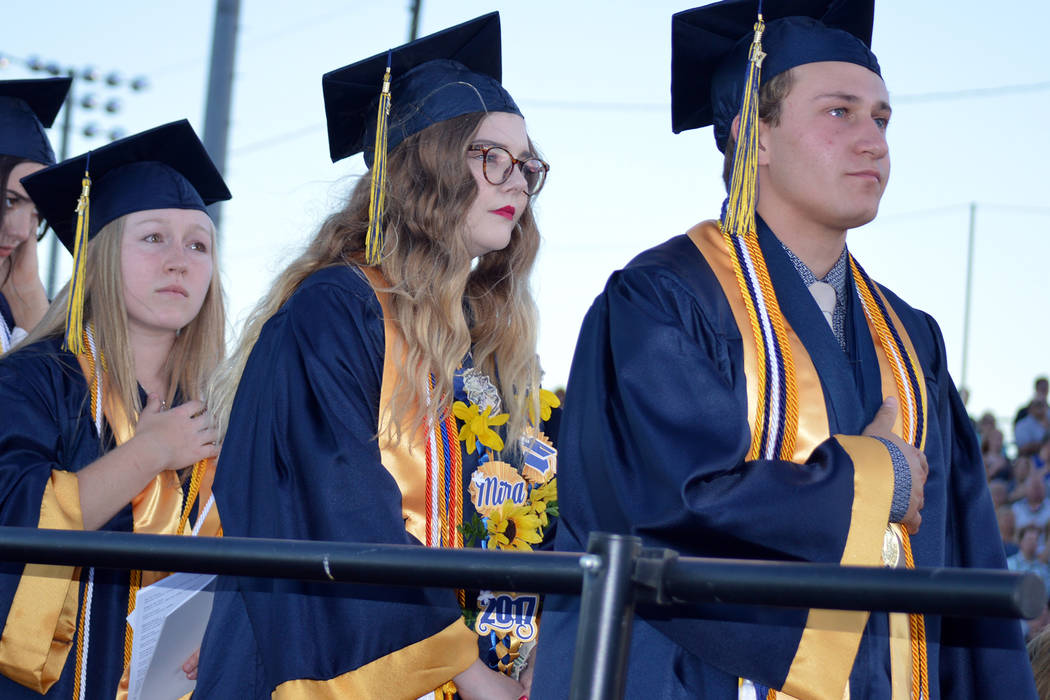 The number of Nevada students earning high school diplomas continues to rise, according to preliminary graduation rates released Monday by the state Department of Education.

“This is great news and the strongest indicator yet that Nevada is the fastest-improving state in the nation,” Steve Canavero, superintendent of public instruction, said in a statement. “Completing high school and ensuring our students are on college and career pathways are essential for Nevada’s future economic viability.”

“As a district, we’ve made remarkable progress,” said Mike Barton, the Clark County School District’s chief academic officer, adding that the district has a lot more work to do. “We’re pleased with these results, but we’re not satisfied.”

Barton partially credits the improvement in the graduation rate to a data visualization tool the district implemented a few years ago.

Principals now get a weekly email with student data and progress. That data then can be shared among other staff members at school sites and can help identify students who might be slipping behind.

Fewer students should be taking remedial courses in college after leaving Clark County schools, he said. And district officials would like students to score higher on other college-focused exams, like the ACT and Advanced Placement exams.

“Those are metrics we want to improve as well,” he said.

The data released Monday covered only districts. The state will certify the preliminary data and then release school-by-school data in December, along with information on how different subgroups of students performed. 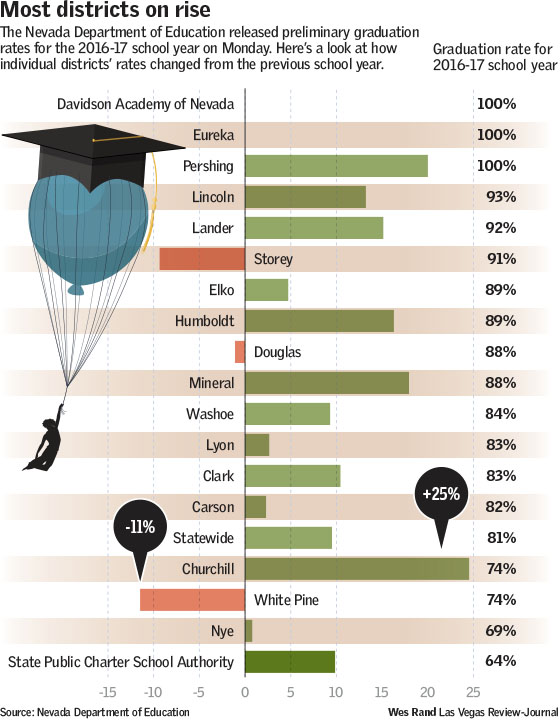 Churchill County showed the largest percent increase this year, raising its rate from 60 percent to 74 percent.

Along with the preliminary and certified graduation rates, the state tracks a five-year graduation rate, giving students an extra year to earn their diplomas. Those rates, which are slightly higher than the four-year rates, were released in July.