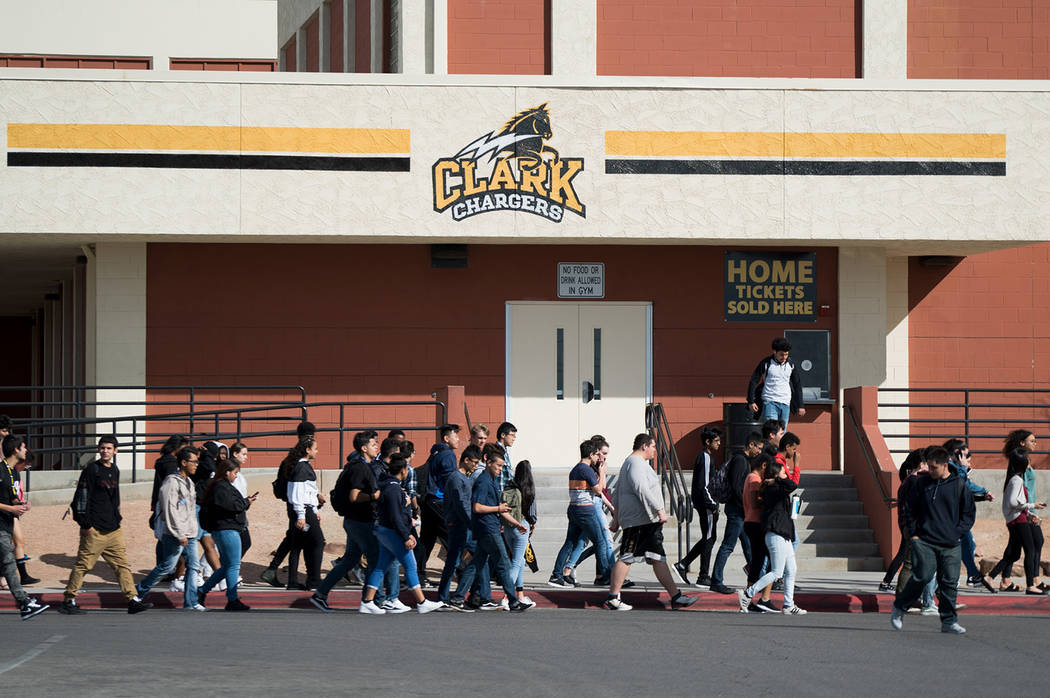 Two of the four female students involved in the fight at Clark High School were “decontaminated” at the scene, said Clark County School District police Capt. Roberto Morales, meaning they had their faces flushed out with water to ease the stinging. The other two did not require that, he said.

The students began fighting during lunch period, shortly before noon, he said. Two officers responded and at least one used pepper spray to break up the fight.

Morales said he was unsure whether the students would be cited for the incident, or whether it would be handled administratively under the new school justice partnership announced last week.

The new initiative is aimed as reducing the “school-to-prison pipeline” for students disciplined for relatively minor transgressions.

School officials are being encouraged to keep what are termed “focus acts” out of the court system by using in-school strategies of intervention and support. The list includes trespassing, possession of drug paraphernalia, possession of less than one ounce of THC, obstruction, disturbing the peace, resisting a public officer, petty larceny, damage to school property and truancy.