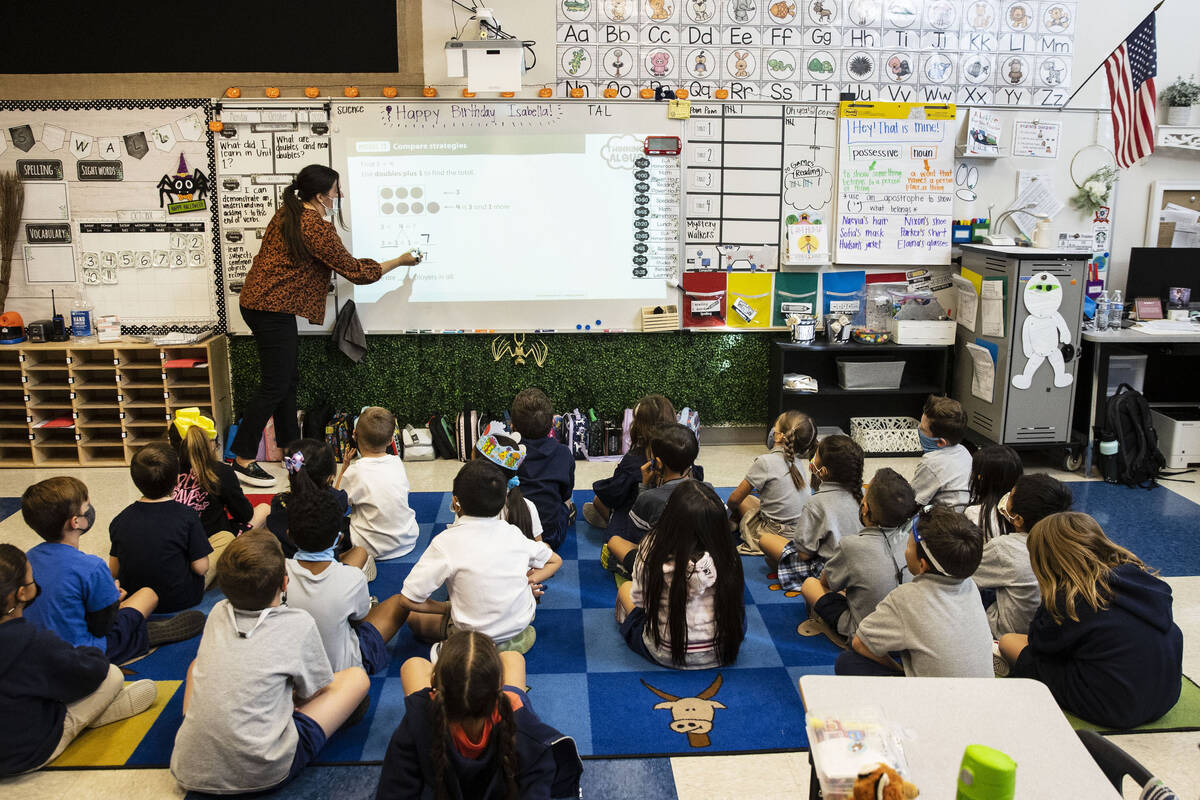 The state’s charter school board voted unanimously Tuesday to allow Pinecrest Academy of Nevada to open a virtual school and increase enrollment at two of its campuses.

The tuition-free public charter school, which currently has five Henderson-area campuses with more than 6,800 students, wanted permission to add more students over a longer period of time.

But the Nevada State Public Charter School Authority opted for a smaller increase.

“While academic performance across the Pinecrest network has historically been high, the network exhibits large demographic gaps when compared to data at surrounding schools, specifically in two key areas: students qualifying for free or reduced-price lunch and English language learners,” according to online meeting materials.

As a condition of its expansion, Pinecrest must provide regular updates to the charter authority on “recruitment and enrollment efforts to enroll a more representative student populations across all campuses,” meeting materials state.

As for the new virtual school, “Pinecrest Virtual Academy” will be offered initially for sixth through 10th graders. It plans to add one grade level each year until it reaches 12th.

The school, which will be housed within the Cadence campus, will enroll up to 80 students next school year and up to 170 during the 2023-24 school year.

It won’t be a 100 percent online program and instead is considered a “blended” program where some onsite attendance is required.

Charter authority board member Sheila Moulton said she’s excited about the virtual school and is glad it’s starting with students in the upper grades, but is a little hesitant too.

“I want it to work because I believe choices are important,” she said.

The idea for the virtual school was conceptualized long before the COVID-19 pandemic, said Jessica LeNeave, principal of Pinecrest Academy Cadence. She said she has seen the struggles with virtual education across the state for years and thinks Pinecrest needs to be part of the solution.

As school choice advocates, LeNeave said she thinks the strategy should be more geographically-based virtual education that ties in with high-performing charter school networks.

Virtual students tend to struggle with not having a home base, as well as a lack of social interaction with their peers, she said, but noted Pinecrest’s model will have in-person components.

On Tuesday, the charter authority’s board also gave permission for two Pinecrest campuses — Cadence and Sloan Canyon — to increase their enrollment caps for next school year only.

The school requested an increase at three of its campuses — Cadence, Sloan Canyon and Inspirada – through the 2026-27 school years. No increase was approved for Inspirada.

The school’s proposed growth over the next several years is substantial, said Mark Modrcin, director of authorizing for the charter school authority.

The authority is hesitant to approve a large increase in the number of student seats until the school can provide evidence of targeted marketing and engagement, he said.

In December, the authority’s board approved Pinecrest’s request to use a weighted lottery system, which will give preference to students from underrepresented groups.

Pinecrest also has a grassroots effort in targeted zip codes, including reaching out to 50 businesses. And the school has reached out to managers of affordable housing complexes who can hand out information about the school when they’re renting units.

Pinecrest has also revamped its marketing strategy so materials are bilingual and is focusing on school offerings such as free tutoring options and free and reduced-price lunches that it didn’t used to, LeNeave said.

The board approved a financial “notice of concern” for Signature Preparatory Academy in Henderson. The school is also required to work with the charter authority to create a financial performance improvement plan and provide a progress report by April 1.

The school, which serves kindergarten through eighth-graders, opened in 2019 on South Boulder Highway in Henderson. About 70 percent of students qualify for free or reduced-price school meals.

The financial information presented is a snapshot from June 30, 2021 and many positive developments have happened, including the school now realizing significant cost savings by owning its facility and its enrollment increasing, Signature Prep Founder and Executive Director Gabe Shirey said.

Mike Dang, manager of organizational and financial performance for the charter authority, said a lot has changed since June 30 for Signature Prep. He said it was a tough recommendation for the authority to issue a notice of concern.

But since Signature Prep didn’t meet financial performance standards in four of seven measures, it’s something the authority needs to pay good attention to, Dang said.

The board also voted to require a targeted remediation plan for finances from Explore Academy in Las Vegas and rescind a notice of concern for Nevada Virtual Academy.