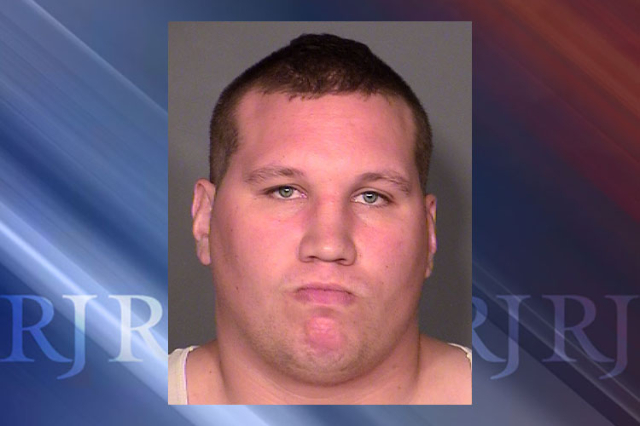 A special education teacher with the Clark County School District faces abuse charges after colleagues reported that he hit and threw an autistic student who is unable to speak.

It happened over the course of several months, according to a school police investigation.

On Tuesday, school police arrested Forbuss Elementary School teacher James Doran on allegations he slapped the hands of a nonverbal, low-functioning autistic boy who tried to reach for him and grabbed the child by his shirt before throwing him into a bean bag.

At least three teacher’s aides reported seeing Doran treat the child that way multiple times in April and on the first day of school this week, according to a police affidavit.

Doran, who has worked at the elementary campus near Blue Diamond and Fort Apache roads since August 2014, was arrested on three counts of misdemeanor battery. He posted a $1,000 bail on Wednesday.

Contract stipulations prevent the district from immediately firing Doran without a criminal conviction, though a spokeswoman said he is not allowed at any school campus or facility. He was suspended with pay as of Tuesday, the spokeswoman added.

In one of the reported incidents, a teacher’s aide “witnessed Doran grab (the student’s) hands and throw them down forcefully and say, ‘Nice hands’ to him,” the affidavit reads.

Instead, the district’s training manual encourages special education teachers to guide autistic students “hand over hand” and with redirection methods.

“All employees are trained on aversive interventions yearly,” spokeswoman Melinda Malone said in an email. “This is mandatory.

“There is a variety of training available to special needs teachers depending on their focus area,” she added. “There is also training on positive behavior supports and behavior management available to administrators, teachers and support staff. Principals can also request trainings for aversive interventions at anytime for their staff.”