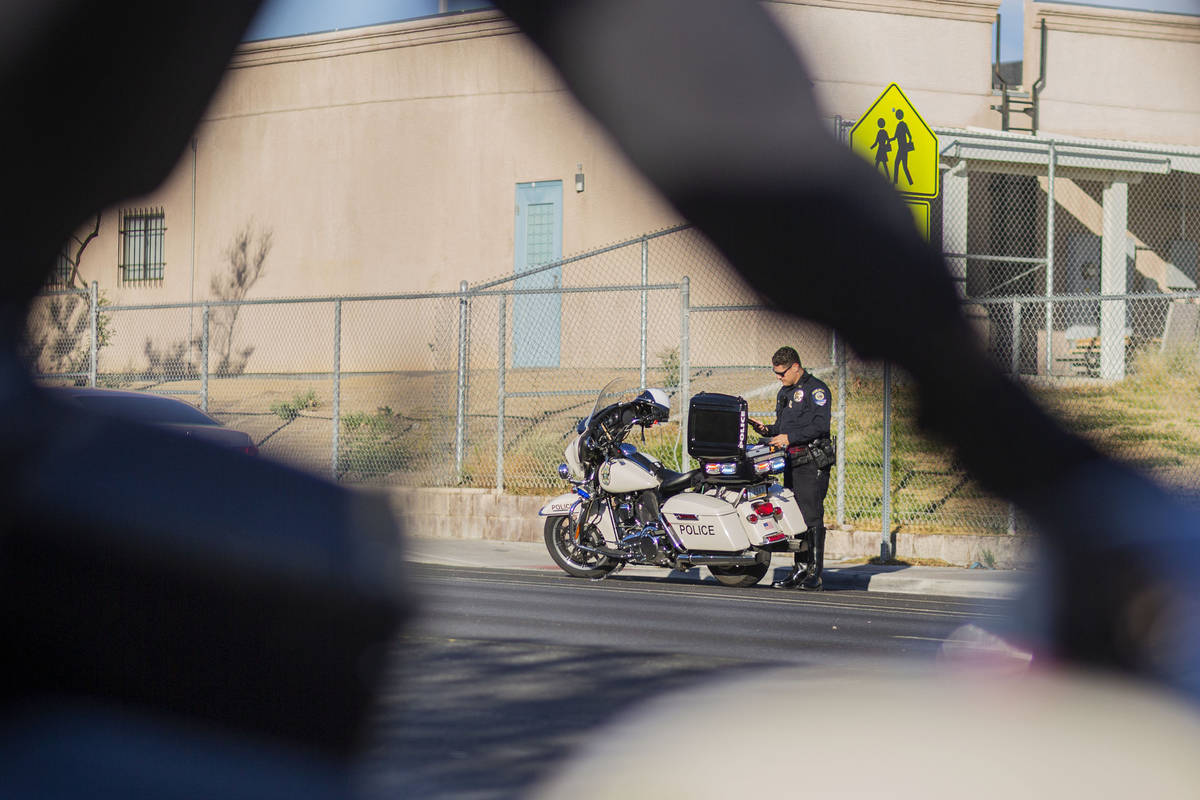 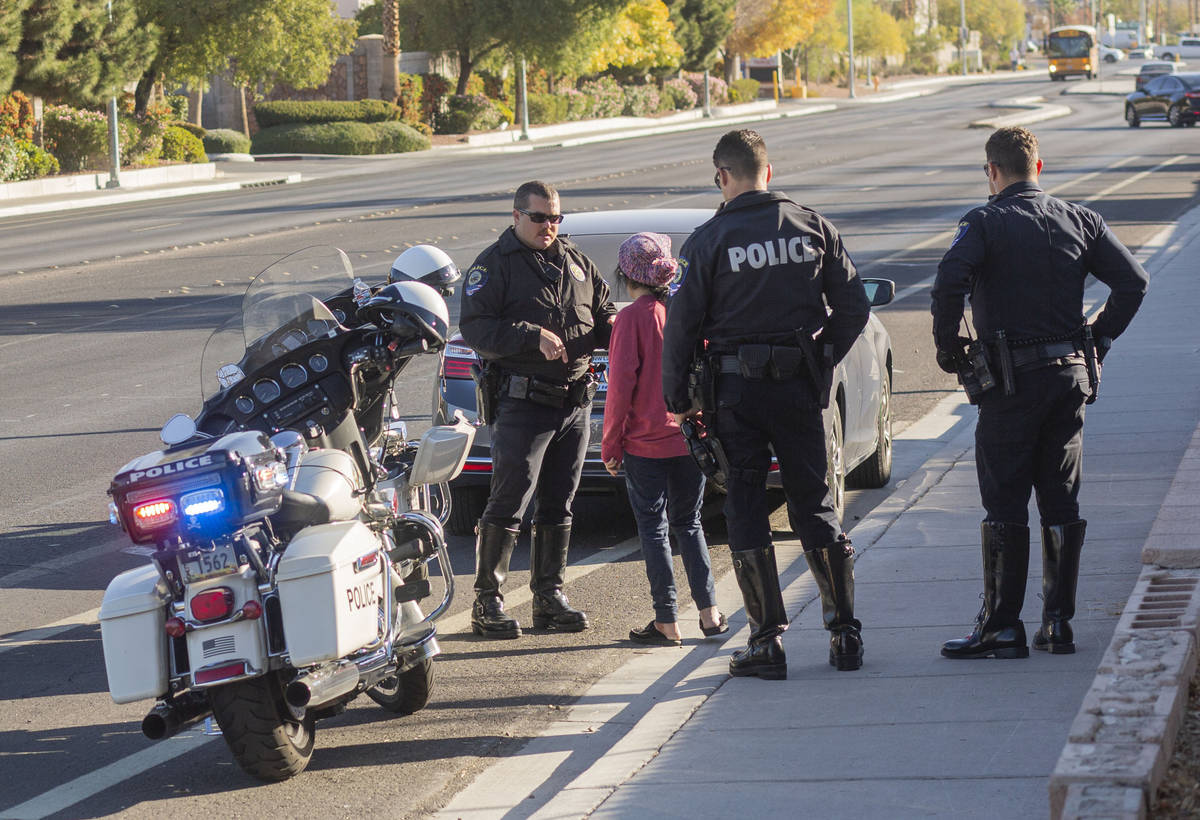 Officer Shane Barton of "Fab Five," the five-member traffic unit of Clark County School District police, speaks to a woman after pulling over a vehicle for speeding in the school zone at Lied Middle School in Las Vegas on Friday, Nov. 15, 2019, as other members look on. (Elizabeth Page Brumley/Las Vegas Review-Journal @EliPagePhoto) 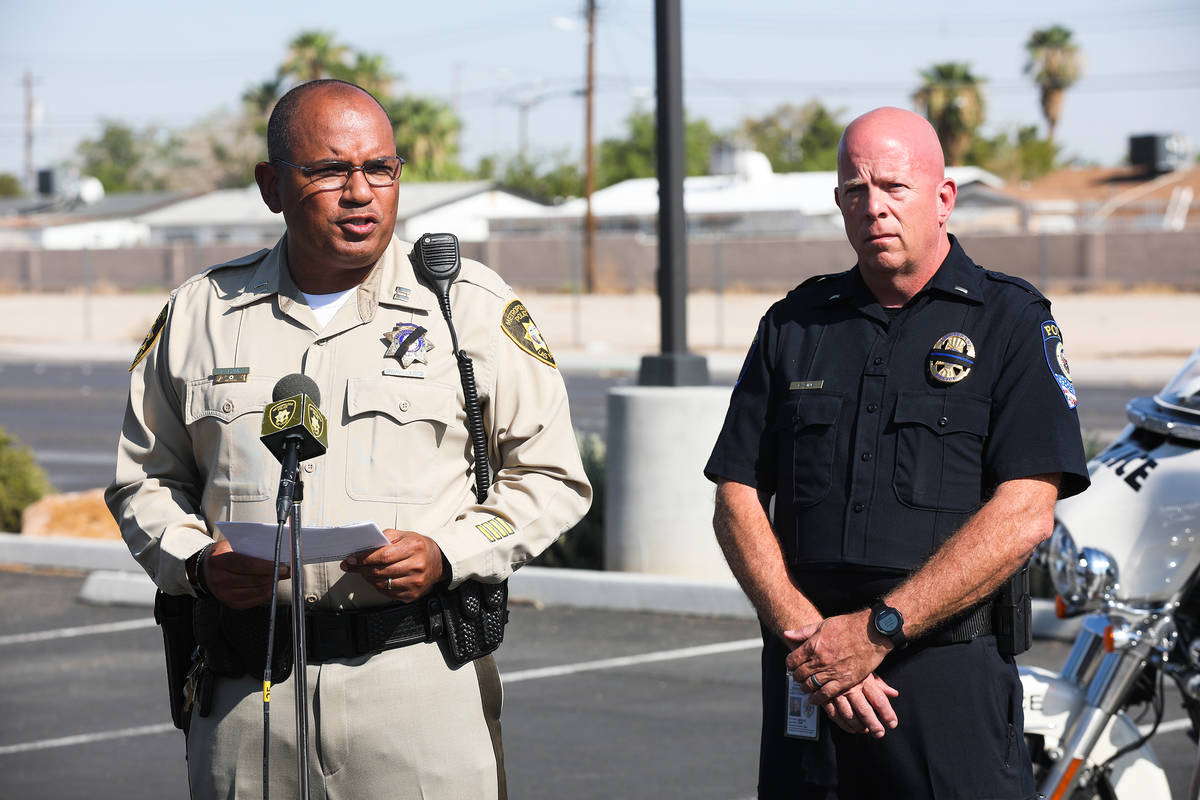 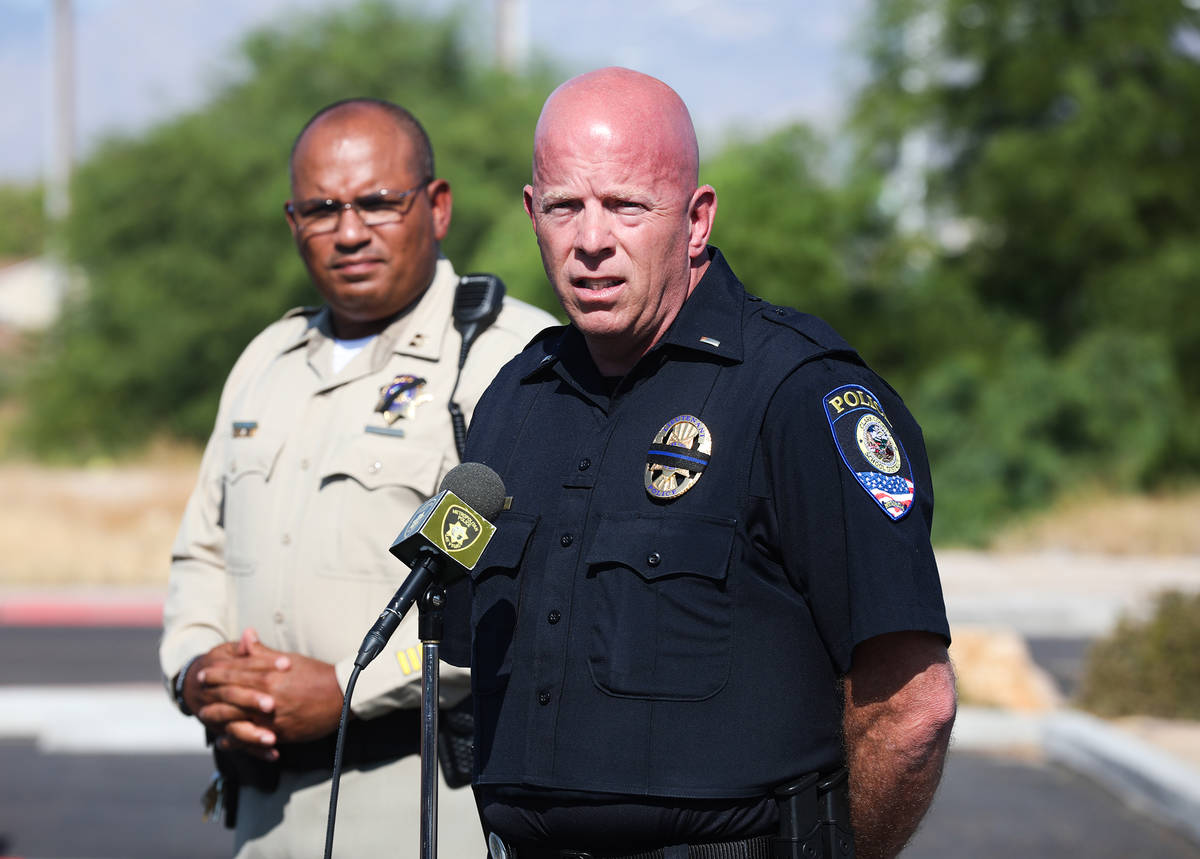 As students prepare to head to back to school next week, officials held a press conference Thursday to remind motorists to slow down around school zones.

Hank and Zink spoke in front of a busy Lake Mead Boulevard, noting that students would have to cross six lanes of traffic to get to school. Hank noted that commuters should expect longer drive times as 310,000 students and 38,000 staff members return to school beginning Monday.

“I know that commuters have gotten out of practice slowing down through school zones,” he said. “Simply put, there’ll be more cars on the road, which means the average commuter time will be increased.”

Motorists who speed in school zones will face significant fines, starting at around $200.

During the 2019-20 school year, 42 children were injured crossing roads, Hank said. Officials said that “one child being hit is too many.”

Metro and the CCSD Police Department will work with North Las Vegas police and Henderson police to make sure back-to-school protocols go smoothly. There are plenty of students who will be going to their schools for the first time, Zink said, and that could cause anxiety for both students and parents.

“School zones are going to be crowded,” he said. “We’re going to have a lot of parents who have never dropped their kids off at school. They’re anxious, the kids are anxious, so let’s just slow down, pay attention and take our time.”