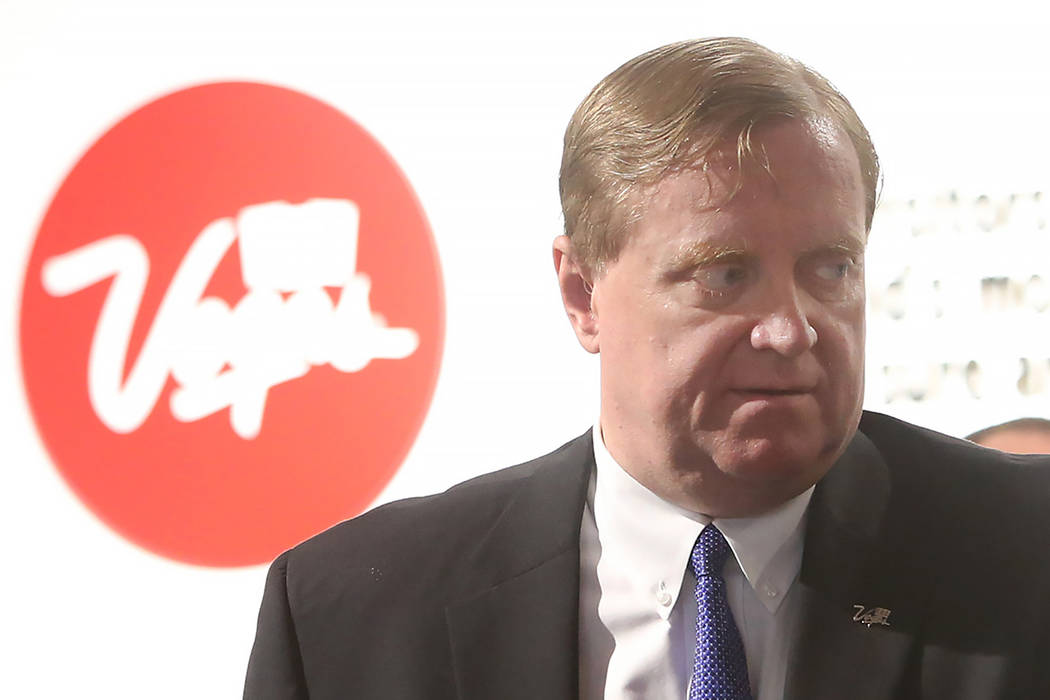 The Clark County School Board approved Luke Puschnig, the former counsel for the Las Vegas Convention and Visitors Authority, as the district’s new chief negotiator on Thursday night, despite concerns that he began work in the district prior to the required board approval.

The 5-2 vote came with opposition from Trustees Danielle Ford and Linda Young, who protested that his employment was not handled properly. Board policy requires approval for confidential employees — those who handle sensitive matters such as contract negotiations.

The vote also came amid public concern of Puschnig’s prior employment with the convention authority, now at the center of criminal and ethics investigations following Review-Journal investigations into a scandal over the misuse of Southwest Airlines gift cards.

Puschnig, who is credited with discovering former authority CEO Rossi Ralenkotter’s misuse of the gift cards, retired from the authority in February with roughly $113,000 in compensation.

“Mr. Puschnig came from the LVCVA, which has recently been mired in scandal and wrongdoing,” said Stephen Augspurger, executive director of the administrators union. “I’m certainly not suggesting at all that Mr. Puschnig is in any way connected with the wrongdoing, but one of your fiduciary responsibilities is to vet employment at this level prior to them beginning their employment.”

Young and Ford voted against the employment contract — which will be modified but currently lists an annual salary of $144,360 — noting that the issue was not personal but rather about the process.

“I’ve received a number of calls regarding this appointment mostly as a result of the (Review-Journal) regarding the separation from the Convention and Visitors Authority where he was general counsel,” she said. “I feel that it’s important not to cover up any failure … It’s a failure. That should have come to the board first.”

“There has been absolutely no business ever from the convention authority or Mr. Puschnig to me at my firm or any firm I’ve ever been in,” she said.

Puschnig declined to comment on his record with the authority, referring comment to the district’s communications office.

The hire comes at a critical time as the district negotiates contracts with its employee groups. Puschnig will also serve as assistant general counsel.

The teachers union is waiting on its contract for the 2019-21, still holding a threat of a strike if they don’t receive their demands of a 3 percent raise, 2 percent increase and increased health care payments. The negotiator role was left empty following Associate Superintendent Edward Goldman’s resignation from that role amid an outside investigation into claims made against him by a former employee.