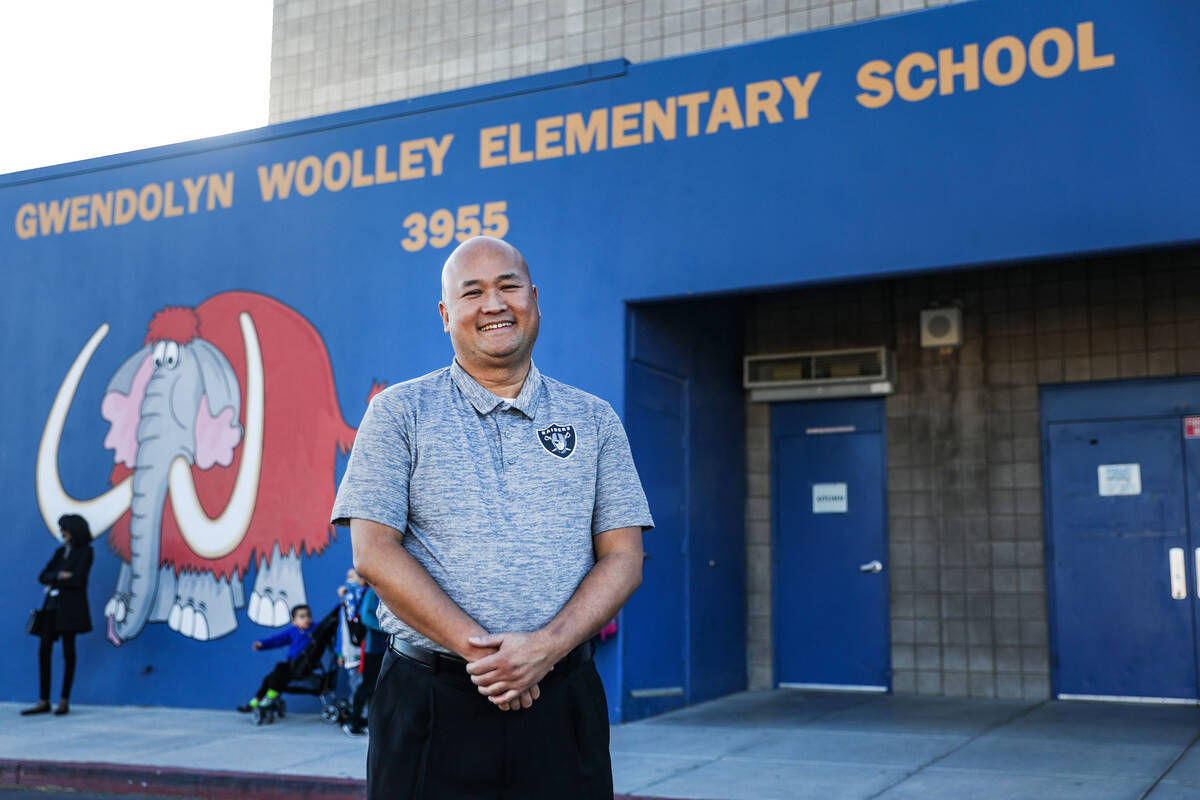 When Joseph Uy woke up on Thursday, he thought it would be just another regular day. But by 10:30 a.m., he’d been presented with two tickets to this year’s Super Bowl LVI.

Uy, principal at Woolley Elementary School in Las Vegas, said he’d received an email from the Clark County School District superintendent’s office to let him know that the Raiders were considering hosting their junior training camp at the school. They’d set up a Zoom call to discuss the possibility on Thursday morning.

He got on the call and they talked logistics for a while before Raiders defensive end Yannick Ngakoue joined the call. Uy said Ngakoue asked him a few questions about himself and his role at the school. Ultimately Ngakoue asked him why, as principal, he’s stepped in as a substitute teacher and done janitorial work, among other things.

“I said it was really my parents who taught me to serve my people and my colleagues,” Uy said, adding that he was born in the Philippines. “It’s servant leadership, bottom line, and my parents always stressed how important that is.”

According to Uy, Ngakoue said that the Raiders organization was inspired by his servant leadership mentality and wanted to give him two tickets to the Super Bowl. Yu said he was excited and shocked and immediately thanked his staff at Woolley Elementary.

The @Raiders surprised @WoolleyElem Principal @JosephUy88 for his “let me do my part” attitude by giving him 2 tickets to Super Bowl LVI. Special thanks to @YannickNgakoue for breaking the news. @SuptJaraCCSD @CCSDCommunity pic.twitter.com/YvuU83gR3M

And the organization is still planning to have their Raiders Junior Training Camp at the school, though Uy said details on that are still being discussed.

Uy said that when he told his family the news, his three sons immediately pointed out that he is a lifelong fan of the Kansas City Chiefs, who he described as the Raiders’ “mortal rivals.” On Thursday afternoon, he was sitting in his Chiefs-decorated office and drinking coffee from a Chiefs mug.

He laughed and said that, despite his affinity for the Chiefs, he will always support the local Las Vegas teams (and it doesn’t hurt that they gave him free Super Bowl tickets).

“We in Las Vegas have been waiting to have our own team for so long that, now that we have the Raiders, it just doesn’t make any sense to not support them,” Uy said. “They are us, they represent Las Vegas, that’s who we are.”