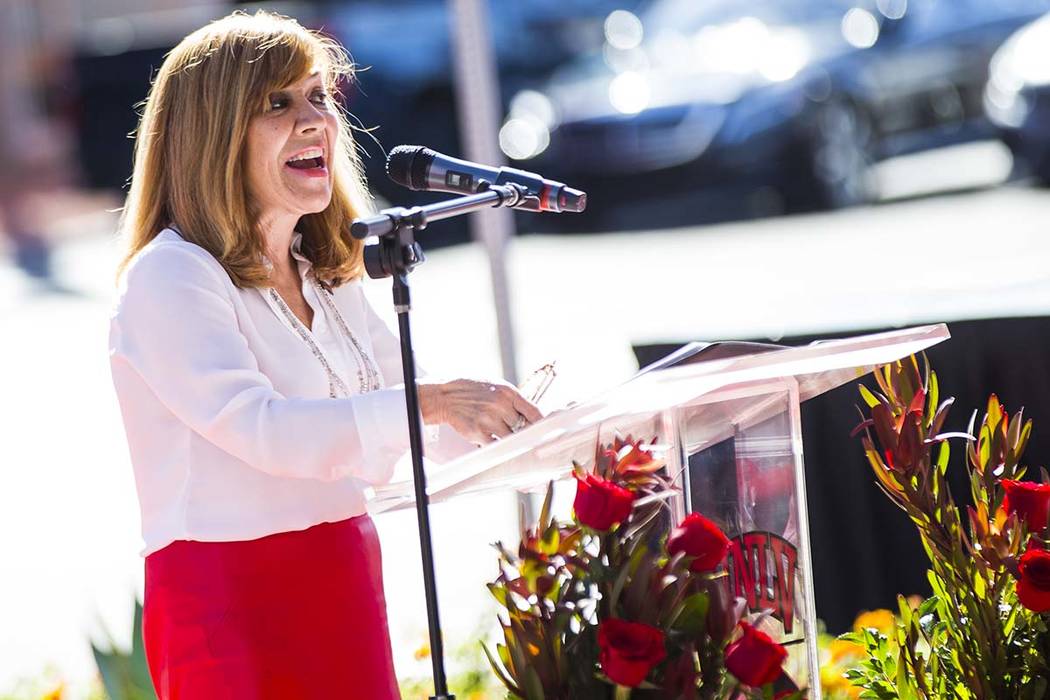 The Nevada System of Higher Education Board of Regents approved dozens of fee increases at a two-day meeting ending Friday, including one that amounts to a tuition hike for Nevada State College’s nursing programs.

Since 2016, students at Nevada State pursuing bachelor’s of science in nursing (BSN) degrees have been charged a flat rate meant to encourage enrollment at the state’s newest public college, according to a report presented to the regents. The in-state tuition and fees will now be priced at the same level as other programs at the college as the school seeks to compete with its regional peers, according to university President Bart Patterson.

The school will also revise its per-credit fees for all other nursing programs to equal the amount of the current registration fee, in part to support the opening of a new simulation lab.

Boarding costs at the University of Nevada, Reno, also are set to rise by a few hundred dollars on average per academic year, including costs for students who are rooming at the new Wolf Pack Tower. Dining plans at UNR and UNLV will go up by about $100 each academic year until the regents revisit.

However, not all proposed fee hikes were passed: the Board shot down a proposed $85-per-credit-hour fee for upper division business classes at UNR that would have added over $5,000 to the cost of a business degree. The money from that fee was intended to help fund the construction of a new $88 million College of Business building.

The fee increases were part of a number of other money-minded proposals approved at the meeting, including a plan to consolidate police services at Southern Nevada universities that’s projected to save $1.6 million.

Schools also presented details of their plans to cover their shares of a $6.4 million deficit to cover a cost-of-living increase for employees. For most campuses, this meant putting off hiring dozens of faculty and adviser positions.

In June, NSHE announced that a calculation error at the governor’s office had left the system short of being able to fund 3 percent cost of living adjustments for workers. Each university was then charged with covering its share of the shortfall, with the institutions’ plans to do so presented at a meeting Thursday of the NSHE Board of Regents.

The solution at most NSHE campuses was to not immediately fill vacant positions, though the impact of these decisions varied widely from school to school.

UNLV was tasked with finding more than $1.1 million in so-called savings due to the COLA shortfall and other “unanticipated” funding reductions. To do so, it needed to put off hiring 10 of a planned 20 academic advisers intended to improve student-to-counselor ratios.

“When you’re stuck having to save $1.147 million, you’ve got to find it in different places,” said acting President Marta Meana. “It’s a terrible shame and it’s a big cost.”

Similar measures at UNR impacted 35 faculty positions, 11 classified positions and 12 temporary positions for a savings of $884,000.

A report from Great Basin College emphasized that delaying hiring can only be a one-time solution to the COLA issue, as at least two vacant faculty positions are being reviewed for hiring in the spring. This fall at GBC, part-time instructors have covered classes that have been taught by full-time faculty in the past, according to the report.

The Desert Research Institute was the only campus to not use hiring delays to make up the funding. Instead its plan will “impact DRI’s funding available for proposal development and researcher support.”