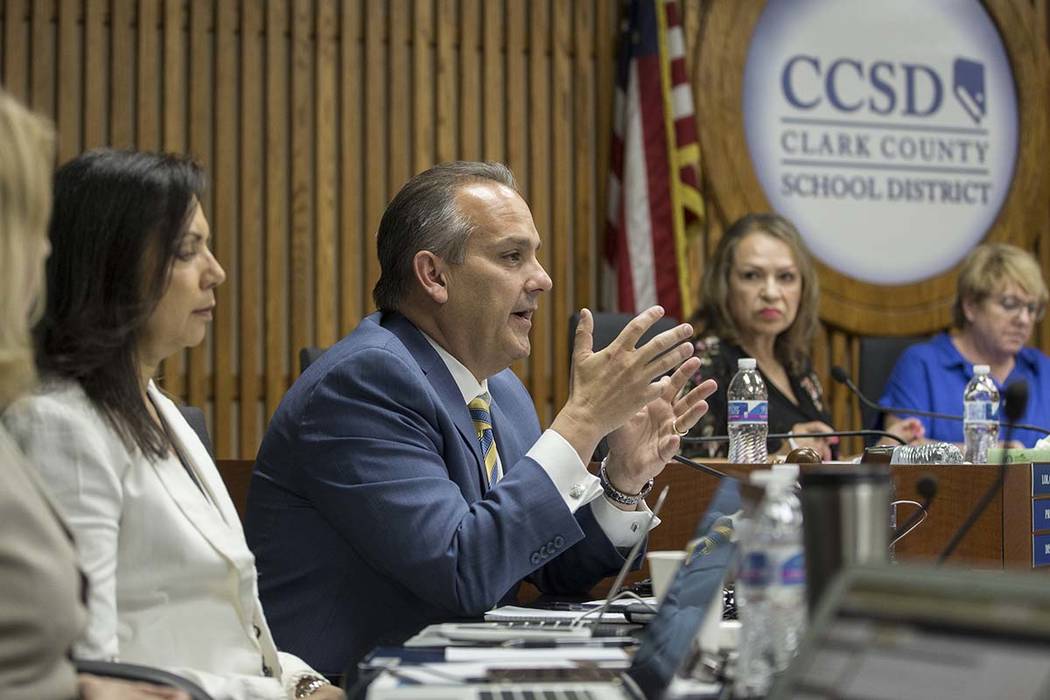 The Clark County School Board will no longer begin its meetings with a prayer after receiving a letter of complaint from a national nonprofit that defends the constitutional separation between religion and government.

“Students and parents have the right — and often have reason to participate in school board meetings,” the letter from the group states. “It is coercive, embarrassing and intimidating for nonreligious citizens to be required to make a public showing of their nonbelief (by not rising or praying) or else display deference toward a religious sentiment in which they do not believe, but which their school board members clearly do.”

The board has not always included the prayer at its meetings. At the Nov. 14 meeting, for example, board President Lola Brooks called for 30 seconds of silence after the pledge instead, as the minister scheduled to speak was not present.

The Freedom from Religion Foundation has taken school districts to court over the practice of prayer at school board meetings, citing the establishment clause of the Constitution and arguing that the setting is much more like a school environment than a legislative body, where an invocation is permitted. In the Supreme Court case Town of Greece v. Galloway, the high court ruled that an invocation before the town’s monthly board meetings is consistent with the legislative prayer tradition established by Congress.

However, in 2018, the 9th U.S. Circuit Court of Appeals ruled in the foundation’s favor in a case involving the Chino Valley Unified School District in California. The opinion from the court included an explanation of the distinction between legislative bodies and school boards, stating in part that a school board meeting often includes the presence of children, “whose attendance is not truly voluntary and whose relationship to school district officials, including the board, is not one of full parity.”