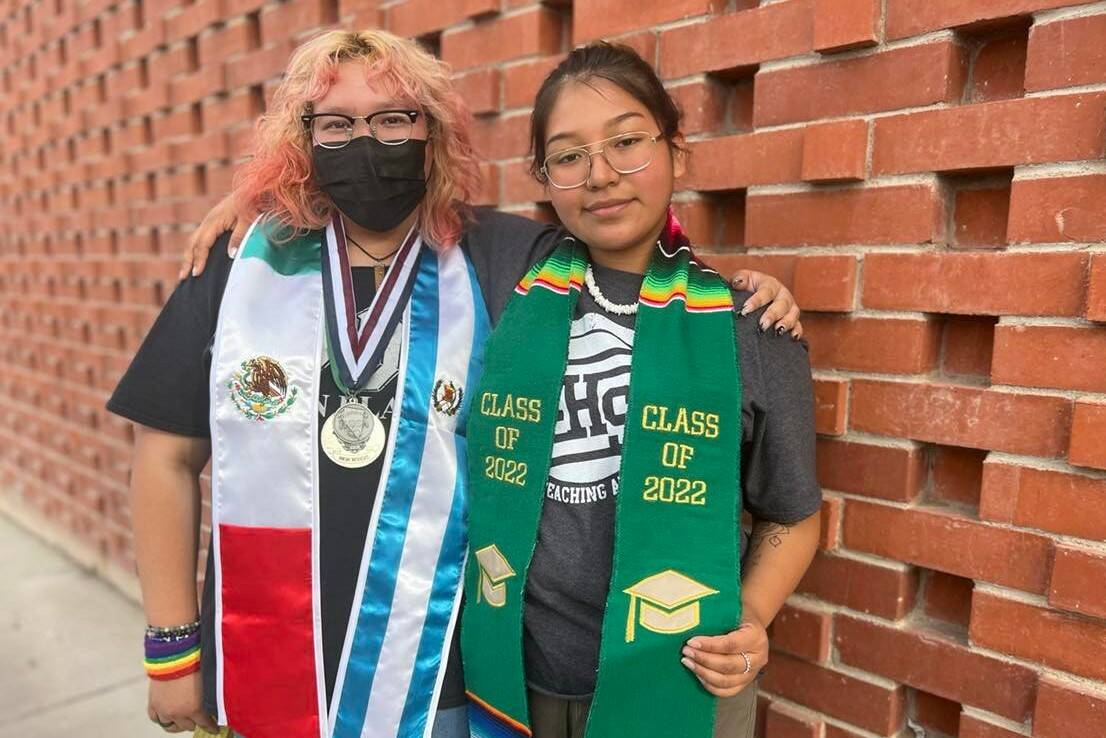 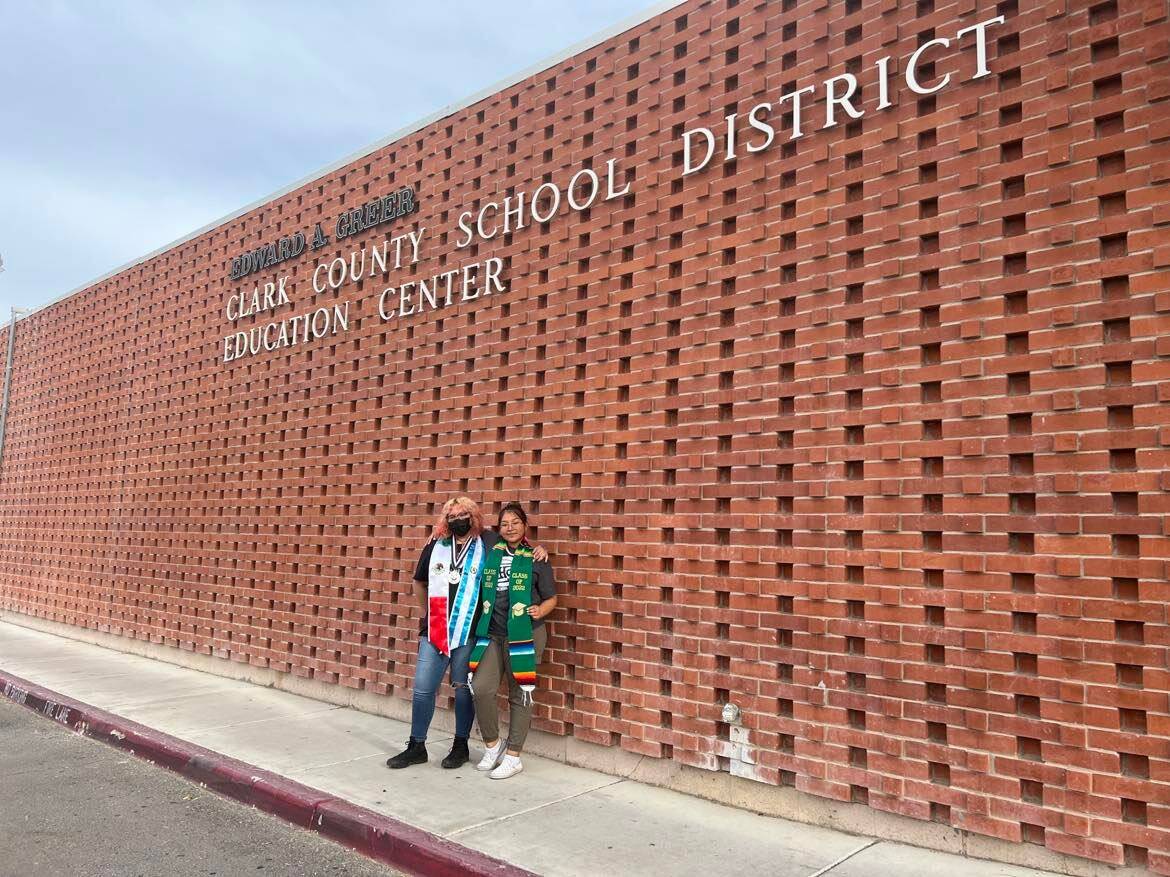 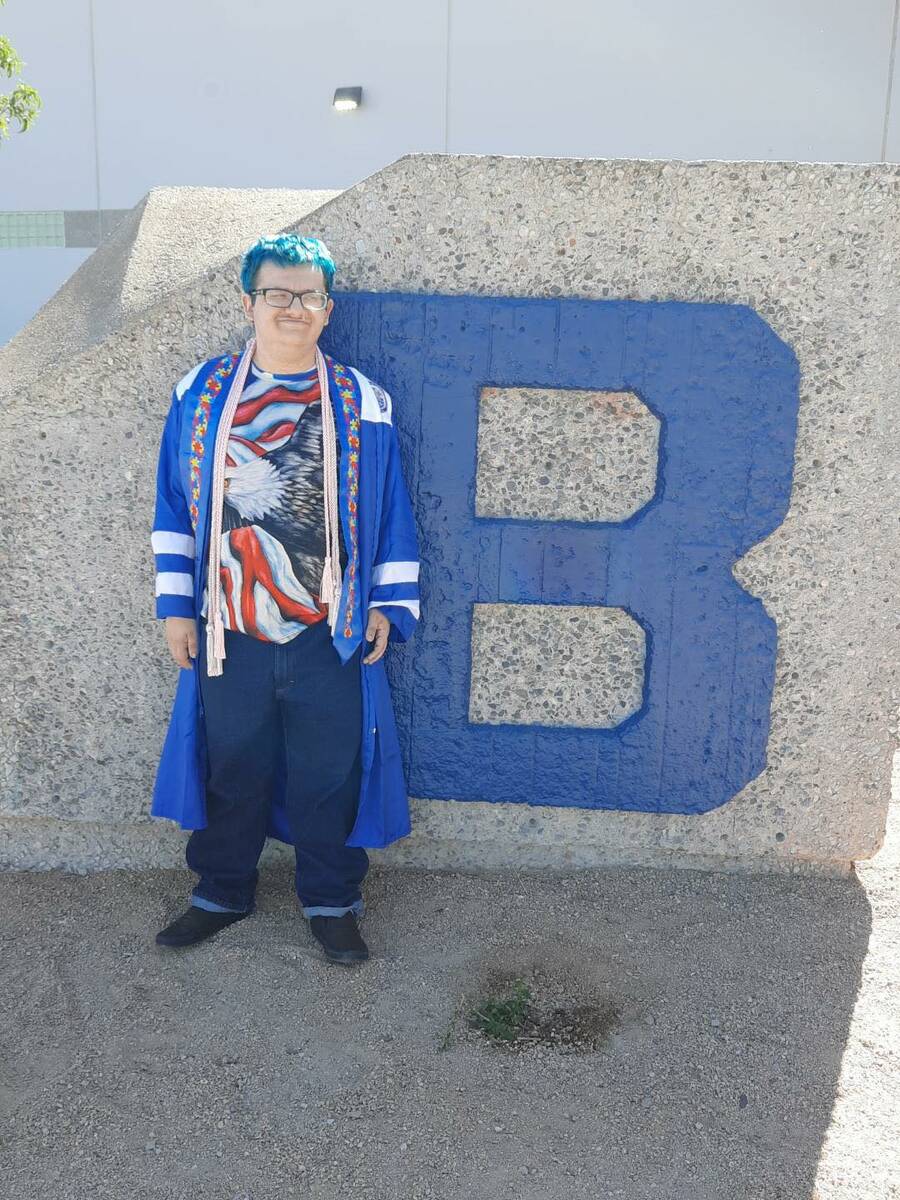 Jordan Dillard, a senior at Basic High School, wants to graduate wearing a blue stole that represents his time in the district as a student with autism. (Courtesy of Barbara Wilson)

After weeks of pushing back against a dress code, seniors from Rancho High School will be able to attend graduation wearing culturally significant regalia approved by their school, but others in the Clark County School District are still questioning what they say is an inconsistent application of the rules.

In an email sent to students Friday, Rancho said it would allow its graduates to wear stoles, cords or medallions that represent students’ cultural heritage, as long as the items are approved at the high school’s graduation rehearsal on Wednesday.

The move comes after Rancho students pressured the district at Clark County School Board meetings and held a protest outside of the school about the dress code.

“I want to remember graduation with this stole, medals and cords that I want to show my community, that as a first-generation student in CCSD, I was able to accomplish what seemed the impossible,” Rancho senior Ashley Garcia-Valladares told the board last Thursday.

Rancho administration said in its email to students that it would review items that students want to wear and that items not approved would not be permitted at graduation on June 1.

The students said they initially were told that any stoles have to be issued by the district and associated with a club at their school. Later, they were told that the dress code was a district issue.

But Superintendent Jesus Jara said last Thursday that decisions regarding what students can wear at graduation are made by each individual school, not by the district.

Now, another district family is questioning the application of that rule.

Gary Johnson’s son will graduate from Basic High School on Thursday, nearly 40 years to the day after he and his wife graduated from Basic in 1982.

Johnson’s son, Jordan Dillard, has autism and wants to wear a blue stole embroidered with puzzle pieces and made by his mother. But Johnson said his son was told by school administrators that if he wears the stole, he’ll be directed to take it off or he won’t be allowed to walk across the stage and graduate.

Students with individualized education programs in the district should be eligible to wear their own stoles, Johnson said, and his son’s stole represents the challenging journey he’s endured through public school.

“To wear a stole that shows he has autism and that he stayed in school for four years is a great way of showing other kids, ‘Let’s do this,’” he said. “Stay in school. Fight for what you need.”

Athar Haseebullah, executive director of the American Civil Liberties Union of Nevada, said Tuesday that Johnson’s dilemma was another example of the litany of issues that need to be resolved by the district regarding dress code.

Haseebullah initially said that the district’s current lack of uniformity among school sites could create problems in which students in different parts of the valley are subject to different rules for what they can wear at graduation. There should be a districtwide policy, he said.

Whatever Basic decides, Johnson said he’s speaking out so that he and his son can effect change for future Clark County graduates.

“The best that could come out of this is, if (he) can’t wear it, maybe we can set a precedent for next year so that disability students can get their recognition,” Johnson said.