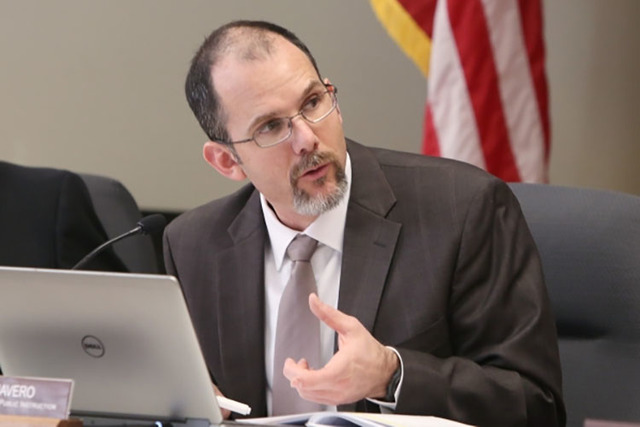 Statistics released Wednesday about the sorry state of Nevada’s education system are all too familiar to critics.

So with nowhere to go but up, state Superintendent Steve Canavero put an optimistic spin on the numbers, saying recent efforts by the governor and Legislature will make Nevada “the fastest-improving in the nation.”

“I don’t dispute the findings,” Canavero said of Education Week’s Quality Counts 2017 report, “but the investments and reforms that were put forward by Governor (Brian) Sandoval and passed by the Legislature in 2015 have only begun to take root and are not fully measured by this report.”

Nevada ranked 51st in the report, which was based on three categories and included the 50 states and District of Columbia. Joining Nevada in the bottom five are Oklahoma, Idaho, New Mexico and Mississippi. Massachusetts topped the rankings, followed in the top five by New Jersey, Vermont, New Hampshire and Maryland.

In a statement Wednesday, Canavero ticked off a list of recent programs championed by the Republican-controlled Legislature in 2015 that he believes will move Nevada up the ladder in the report. Quality Counts is released annually by Education Week, a nationwide, nonprofit organization focused on education.

On Tuesday, Democratic state lawmakers requested a bill draft to repeal the achievement district legislation passed in 2015, a centerpiece of Sandoval’s education agenda that year.

“It’s really disheartening to hear folks already wanting to unwind some of the accountability measures that were put in place in 2015,” Canavero told the Review-Journal on Wednesday. “My emphasis has been to stay the course.”

In the report, states are graded on school finance, K-12 achievement and a student’s chance for success.

The school finance category has eight indicators. Of those, four assess school spending patterns, while the remaining metrics gauge equity in the distribution of funding across the districts within each state.

“Across the spending indicators, Nevada finishes with a letter grade of F compared with a national average of D,” the report said. In the equity of funding, Nevada ranks 39th with a grade of B, matching the national average.

Canavero said the report was “looking in the rear-view mirror.” He said that data from the finance category was from 2014 before new measures were put in place in 2015.

The three categories are then combined for an overall score. Nevada ranks 47th in finance, 38th in K-12 achievement and 50th in chance for success.

It’s not the first year Nevada has been last, another reason why Canavero believes the state needs to continue moving forward with the measures put in place in 2015.

“To unwind this stuff, is just simply unwise,” he said.