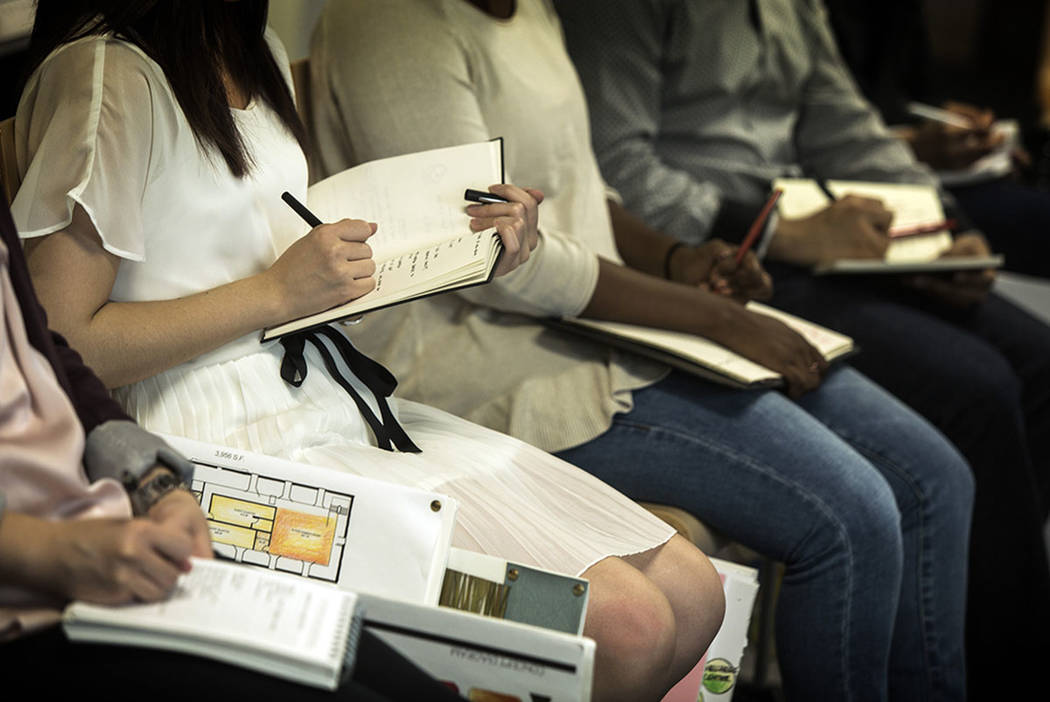 The scoring scheme used to rate the performance of educators in Nevada should not change this year in order to bring an element of consistency to a system that’s been in perpetual flux, an advisory group says.

The state advisory board voted Wednesday not to change the “cut scores” used to rate the effectiveness of teachers and principals for the 2017-18 school year, citing the many changes that have been made to the process by the Legislature and the state Department of Education in recent years.

“There’s so many variables in our system currently,” said Theo Small, a teacher representative on the Teachers and Leaders Council. “That’s why I’m advocating for us to be consistent.”

The effort to create a measurement-based system for evaluating educators has been underway since the 2011 legislative session. Since then, every session has changed the requirements.

In addition to the tinkering with the scoring system, the state has had difficulties implementing it. The net effect is that the initiative has not yet produced scores that can be compared from one year to the next to determine whether the performance of teachers and principals is improving.

The state Board of Education is scheduled to vote Thursday on whether to leave the cut scores unchanged for the next school year. Even if it maintains the status quo, the underlying formula on which educators will be rated will again be altered next year. 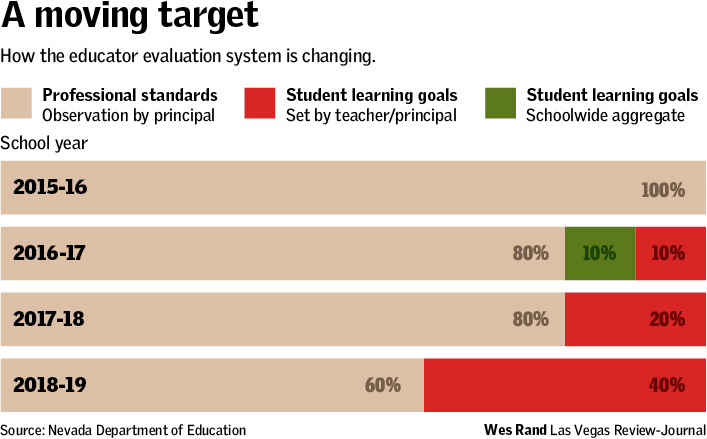 In Nevada, teachers and principals can be rated in four categories: “ineffective,” “developing,” “effective” or “highly effective.” The evaluations are based on “professional standards,” skills assessed by supervisors who observe the teacher or principal, and on student achievement.

Educators get scores in each category based on guidelines set by the Department of Education. The scores are weighted, then combined to produce a final score. The final score is compared against the cut score to place the teacher or principal into a corresponding performance category.

In the past few years, the Legislature and the state Department of Education have changed how student achievement is measured and how much it should factor in the overall rating.

For 2017-18, 80 percent of an educator’s overall evaluation will be based on a supervisor’s observation. There are guidelines and benchmarks, but the observations are considered a subjective measure in the system, since each evaluator may grade slightly differently.

Student achievement will count for 20 percent and will be based on a goal set by the individual and his or her supervisor. For example, if 70 percent of a teacher’s students were reading at grade level, the teacher and supervisor might set a goal of bringing that up to 90 percent.

A previous version of the rating scheme factored in a standardized student testing score for each school, which accounted for 10 percent of an educator’s overall evaluation. That proved highly controversial among educators, who said they were being judged on the performance of students they might not have taught, and was dropped from the formula this year.

That means if educators receive the highest marks during the observation but fail to achieve their student learning goals, they cannot be rated highly effective.

The move is an effort to reduce the number of teachers rated highly effective and effective in a state that continually lands near the bottom of education rankings.

Even so, officials on the state’s advisory group decided against making it harder to reach the top performance categories by also changing the cut scores.

Kat Collins, a Nevada Department of Education employee on the council, said creating some continuity in the system is important because the state has been unable to compare evaluations and see trends because of all the changes.

“We’re not going to be able to compare distribution of scores from year to year to year if we change cut scores now,” she said.

Even if the state Board of Education agrees with the advisory council this week and votes to keep the cut scores the same for the 2017-18 year, the system will change again next year.

During 2018-19, the student learning goal section will count for 40 percent of the overall score and the observational piece will count for 60 percent, per state law.

Collins said that after that, she hopes to see some consistency in the system, after which changes to the cut scores may be in order.