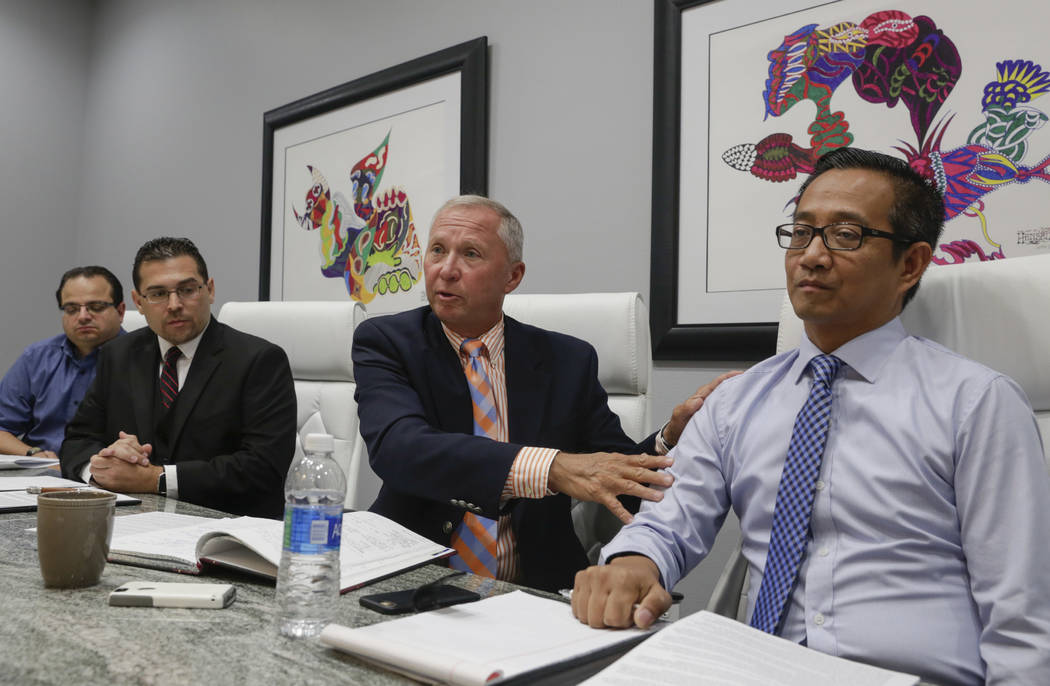 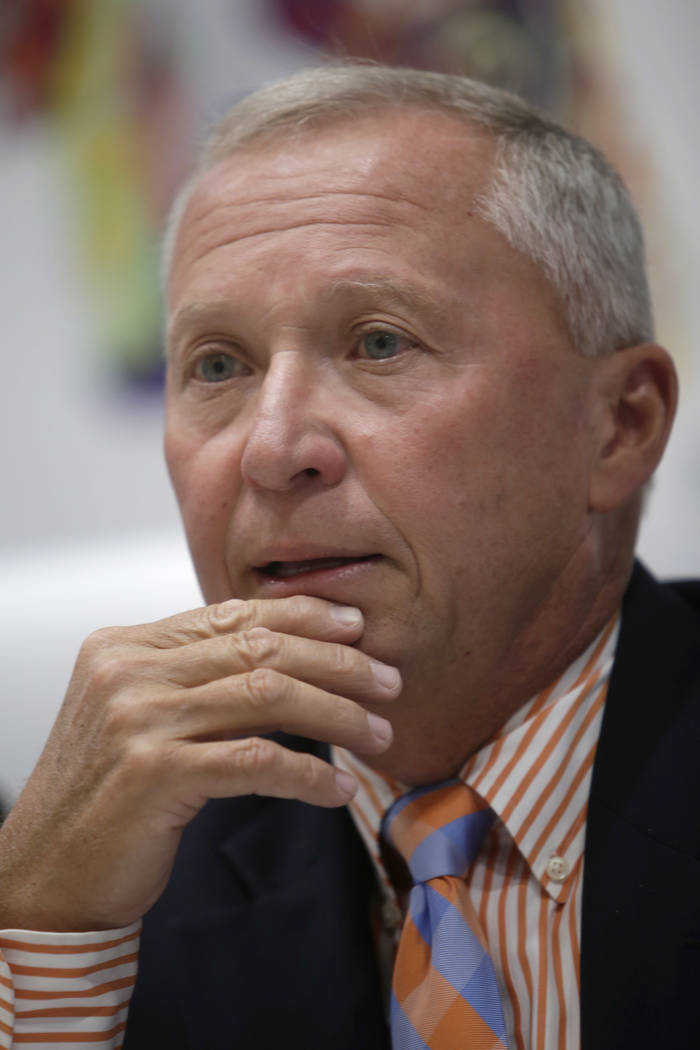 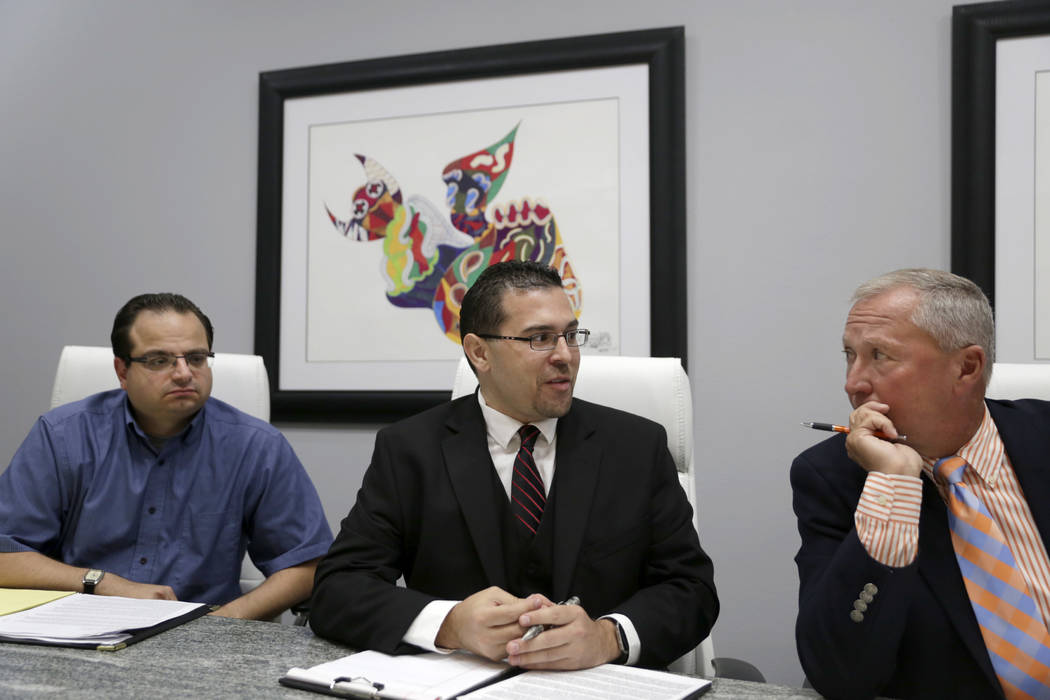 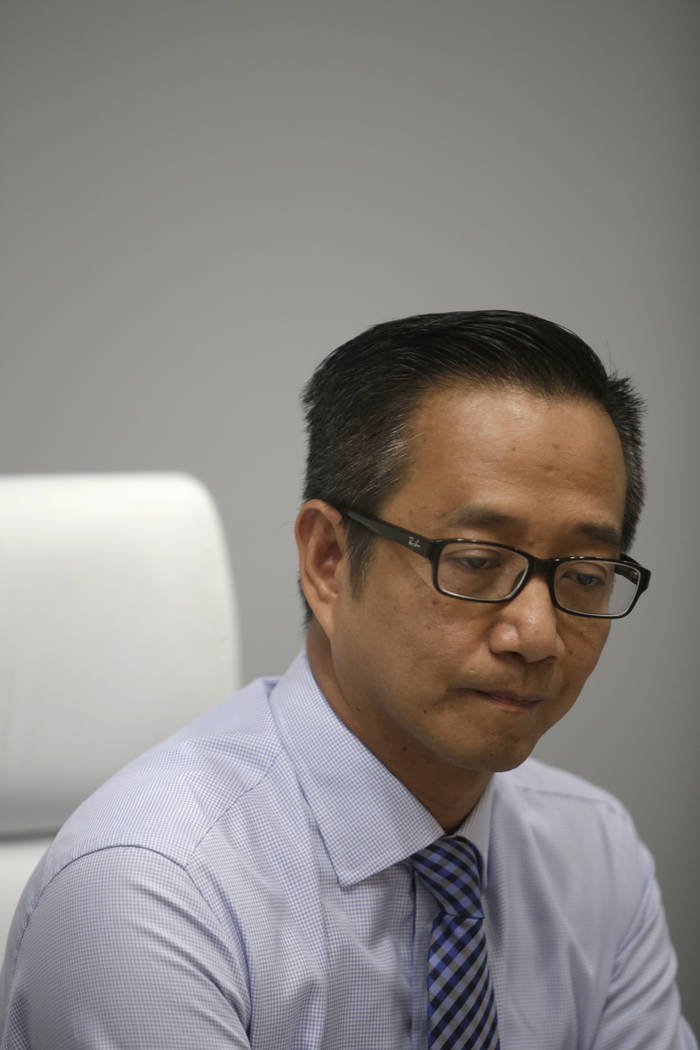 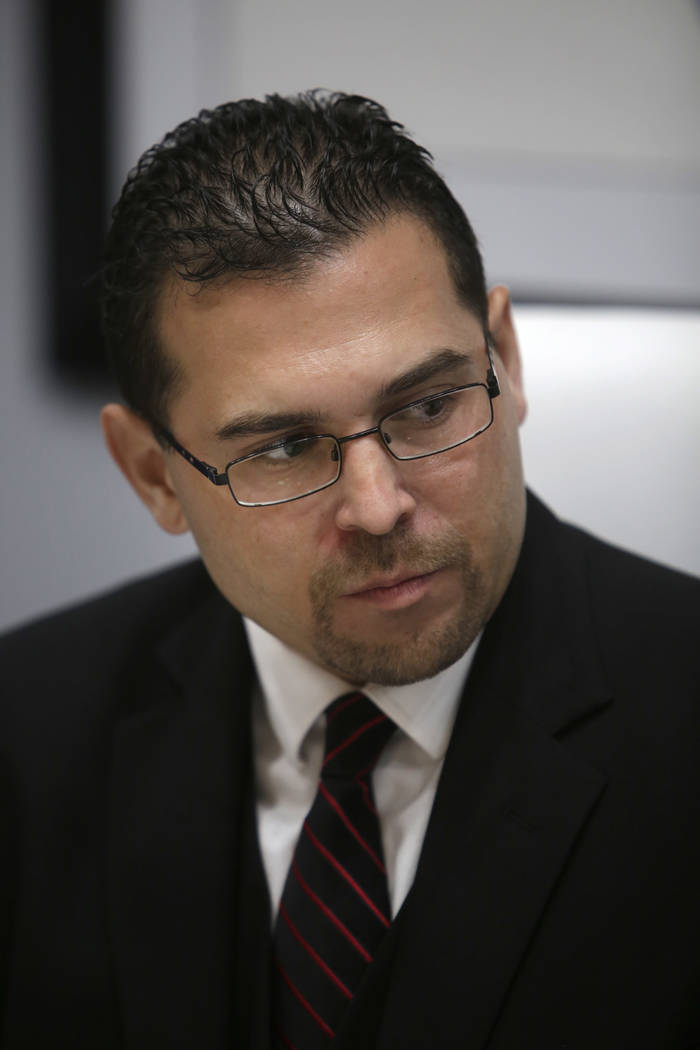 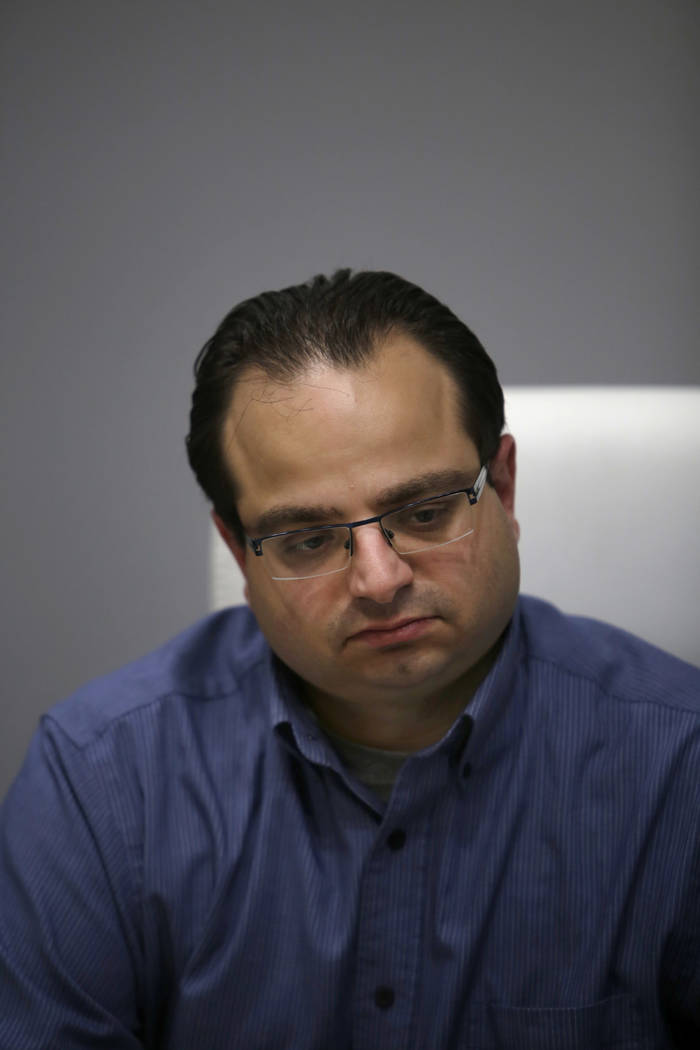 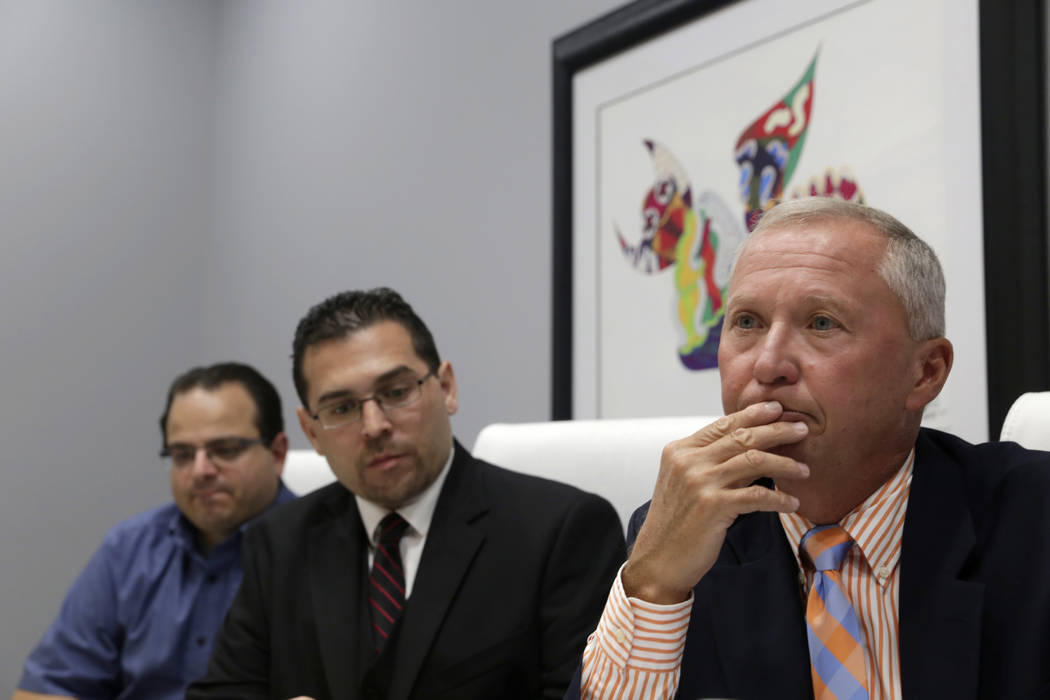 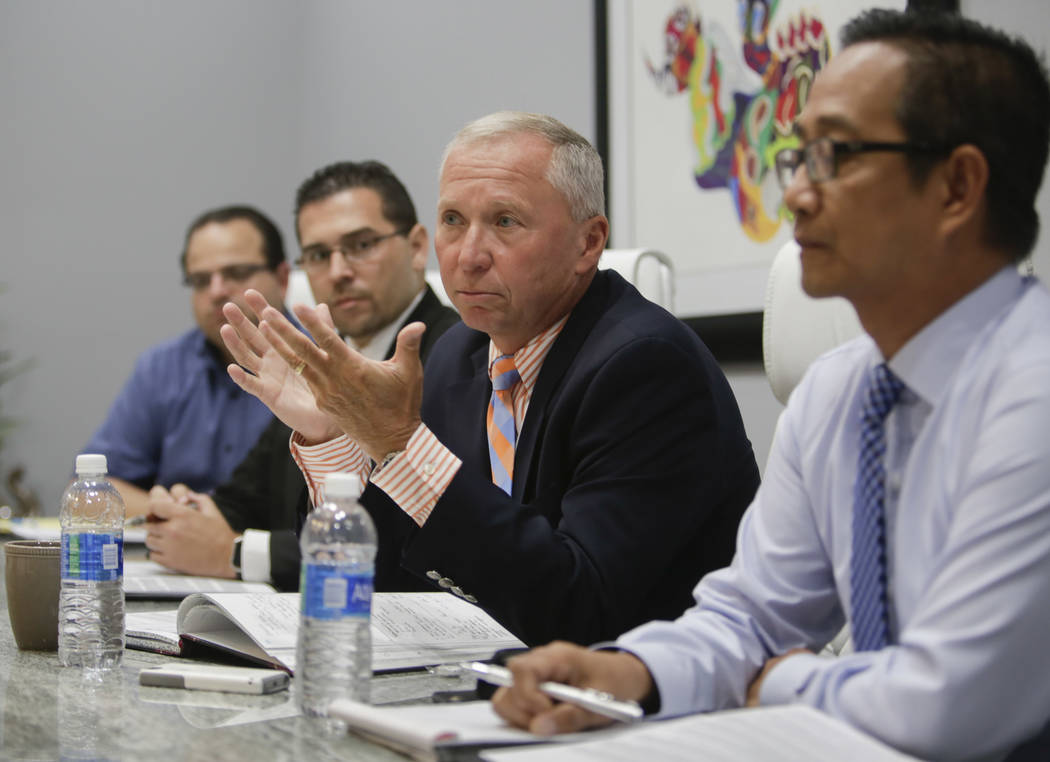 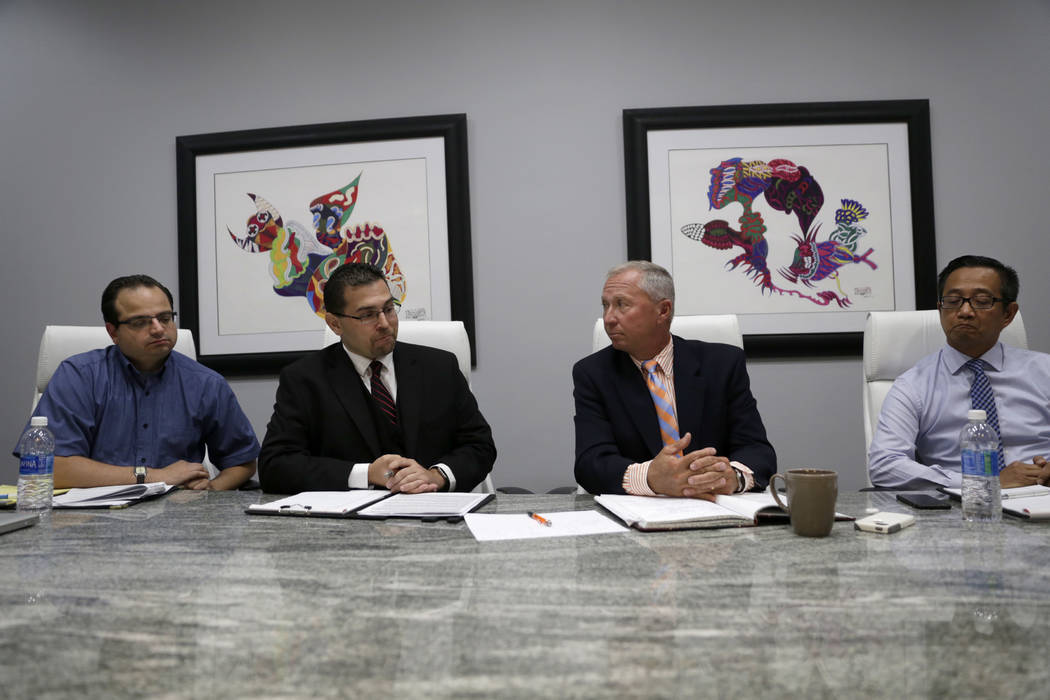 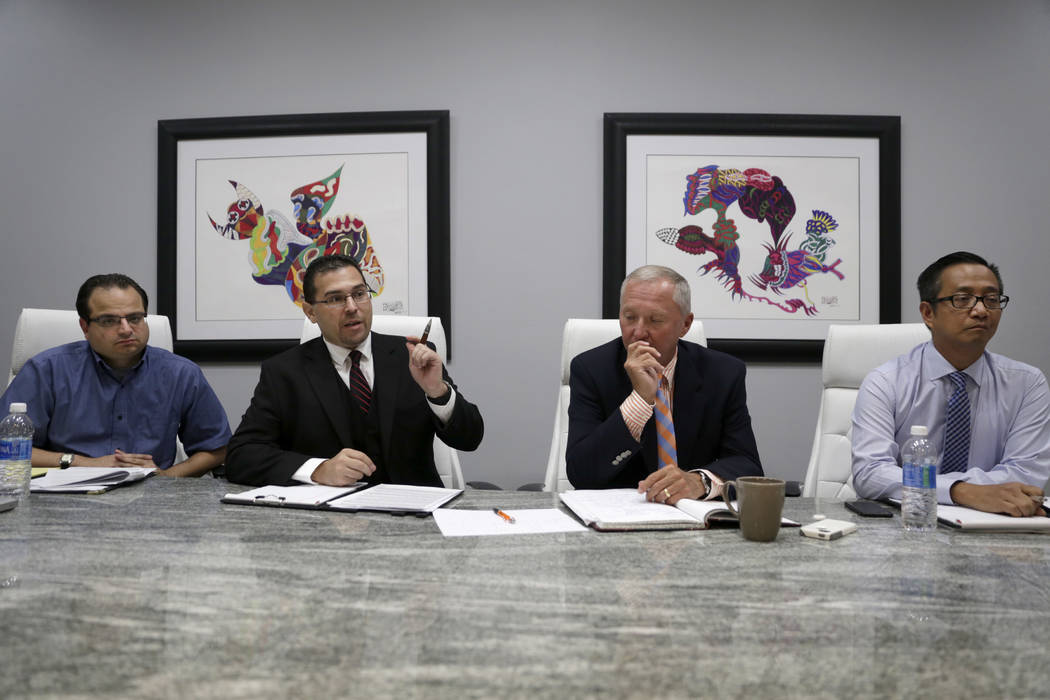 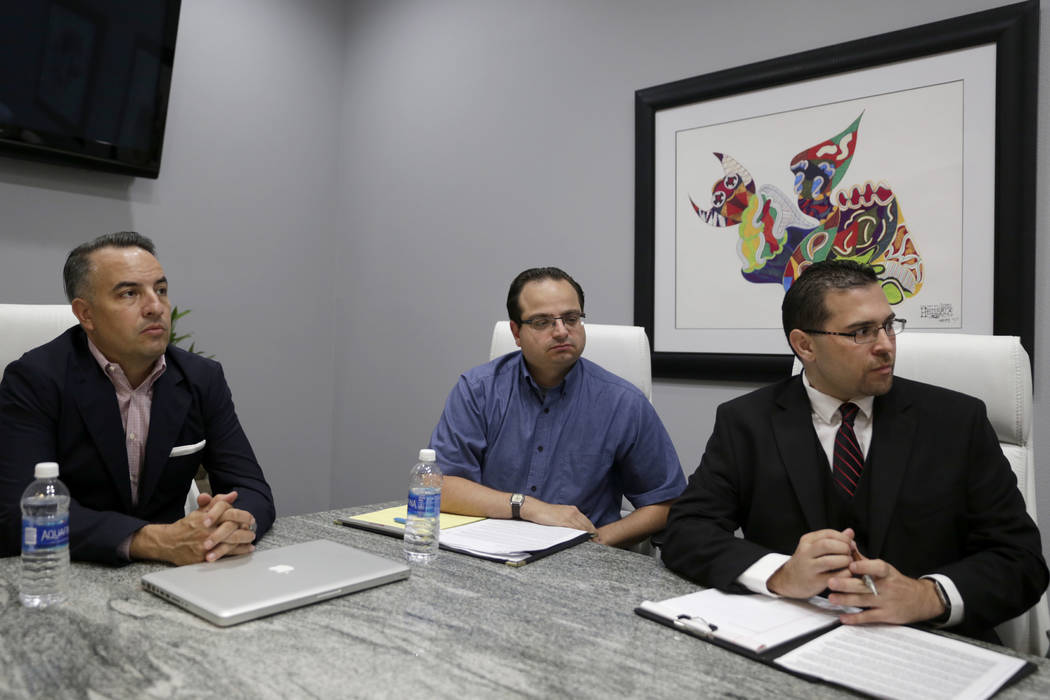 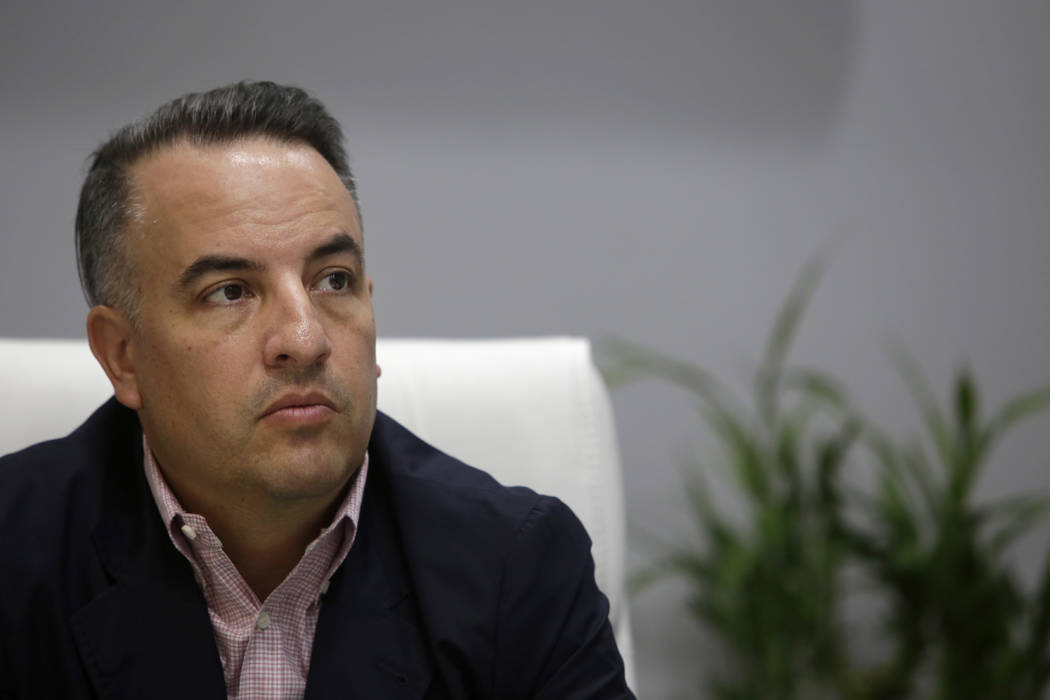 A legal battle is unfolding between the Teachers Health Trust and four ex-executives who claim to have witnessed questionable financial dealings by union representatives charged with overseeing the insurance provider.

Two lawsuits — one filed in state court and the other expected within days in federal court — appear certain to plunge the trust into an acrimonious court battle. The trust already is under fire from the Clark County School Board and many teachers critical of higher copays and what they consider poor coverage.

“This was done despite the fact that Earl and his co-defendants knew that the School District would use the confidential and proprietary data to gain leverage in collective bargaining negotiations with the teachers union,” states the complaint, filed in District Court in Las Vegas on June 30.

In an exclusive interview with the Las Vegas Review-Journal this month, the former executives fired back, describing a series of questionable financial practices that they said raise concerns of possible corruption. They said they will file a whistleblower lawsuit in federal court this week accusing the trust, Board of Trustees Chairman Michael Steinbrink and the union’s Executive Director, John Vellardita, of financial wrongdoing that has harmed the district’s teachers.

“We believe collectively that we are seeing injustices, abuses, if not illegal and perhaps corrupt activities that are occurring inside the trust,” Earl said.

The charges and countercharges come at a critical time for the trust, which manages and administers health benefits for roughly 36,325 teachers and their dependents.

In contract negotiations for fiscal year 2018, the district has proposed putting the UnitedHealthcare insurance company in charge of the benefits amid concerns over the trust’s financial well-being. The move essentially would eliminate the trust, which operates on contributions from the district and from teachers and is run by a board of union-appointed teachers.

Earl and DiGiacomo were fired in May after releasing trust participant information to the district, while Ielpi and Danglapin resigned. All say their departures came after they sent the trust’s board a formal letter from an attorney alleging that they witnessed “unethical and illegal activities” at the trust.

The trust’s lawsuit paints Earl, hired in March 2016, as a “Svengali-like figure” to the other executives who helped instill an “us versus them” mentality against the trust board.

It also says the board put Earl on probation status after he became “extremely intoxicated” at a public function and accused him of “making derogatory and offensive remarks regarding board members.”

“For example, using the phone provided to him and paid for by the trust, Earl in text messages exchanged with the co-defendants referred to … (Chairman) Michael Steinbrink, by the nickname ‘Stink-Brink’ and called him a ‘p——,’” the complaint states.

In the interview with the Review-Journal, however, Earl said he and his co-defendants will dispute all allegations in the trust’s lawsuit.

In their lawsuit, the four men said they will allege that the trust on two occasions struck expensive deals with underqualified or little-known organizations and that the board rubber-stamped them at Vellardita’s direction.

The first warning sign, the former employees said, came during fall 2015, when the trust retained WellHealth Quality Care to manage its network of doctors under a new plan without entertaining more competitive bids. Earl said he found several cheaper options but was told to “let it go, pipe down, leave it alone,” and stop asking questions.

Under WellHealth, Earl said, administrative expenditures rose from a previous five-year average of $7.5 million per year to about $17 million, and benefits became worse.

“It’s not like we got more for paying more,” Earl said. “The benefits actually decreased, to the extent that our teachers and their families are receiving less benefits — meaning deductibles, out-of-pocket (expenses).”

In a statement, WellHealth said that the dispute is a legal matter between those two parties that they will need to resolve.

Earl said he again found other providers who could shave millions off the price but was shut down when he brought them to the board.

“Both (of the other options) came in under $1 million less per clinic with more access, more services, for less cost, higher access, higher quality,” Earl said. “But we were being told, ‘You’ve gotta use my guy.’ ”

MiCare Chief Operating Officer Darik Croft said that the company is only in the proposal stage with the trust and has provided only very rough financial numbers about the cost.

The former executive team’s concerns came as the trust was trying to rebound from near collapse — it was saved in part by a $9.8 million one-year payment the district made to the trust for 2016.

The former trust employees also claim parts of the trust’s lawsuit are taken out of context.

DiGiacomo said Earl gave up his $4,000 bonus last year, which was spent toward a holiday office party instead. Out of gratitude, DiGiacomo said, he spent roughly $700 for the gifts for Earl described in the trust’s lawsuit.

Vellardita declined to comment on the pending lawsuit but said the men are “probably disgruntled employees looking for a payday of some sort.”

“CCEA has confidence in the Teachers Health Trust Board of Trustees that is made up of volunteer teachers who have the best interests of educators and their families when they make decisions,” the union said in a statement. “We believe the lawsuit that THT Board filed against former employees speaks for itself.”

The trust said in a statement through its attorney that it would not comment further on pending litigation.

“The board has acted in the trust’s bests interests and strongly disputes any characterization to the contrary,” it said. “The trust is confident that the truth will come out in court.”

Danglapin, DiGiacomo and Ielpi — who worked more than 30 years at the trust between them — described the trust as worth saving.

“We still hope that the trust continues,” DiGiacomo said. “The Teachers Health Trust is a good entity. It does good work when properly funded and without outsiders trying to meddle with its workings.”