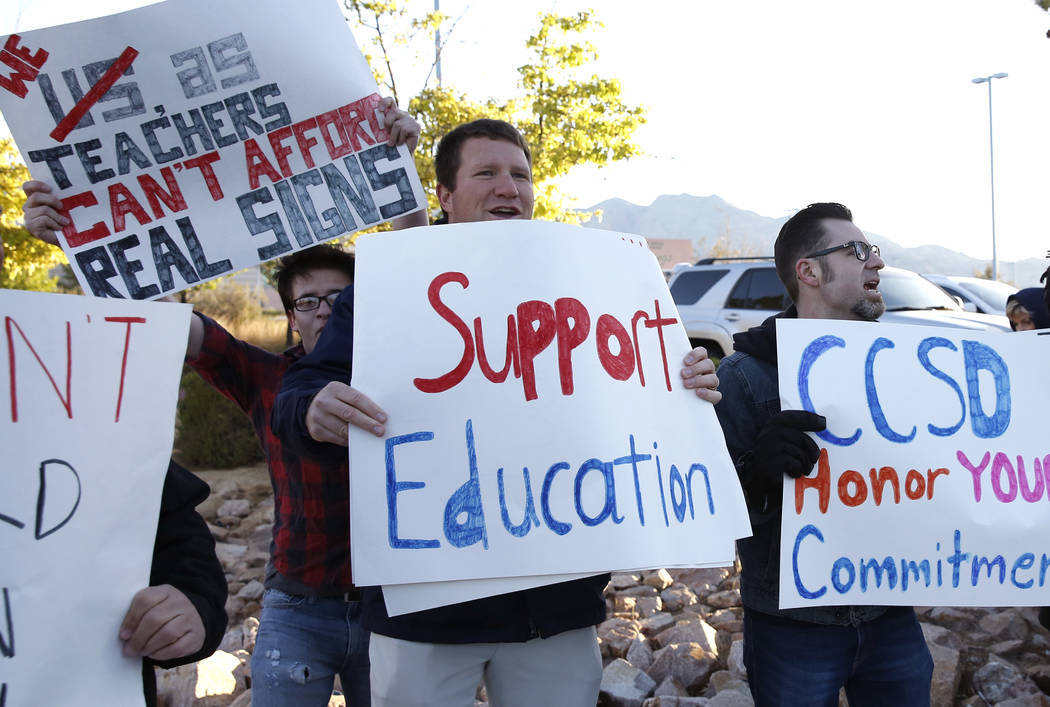 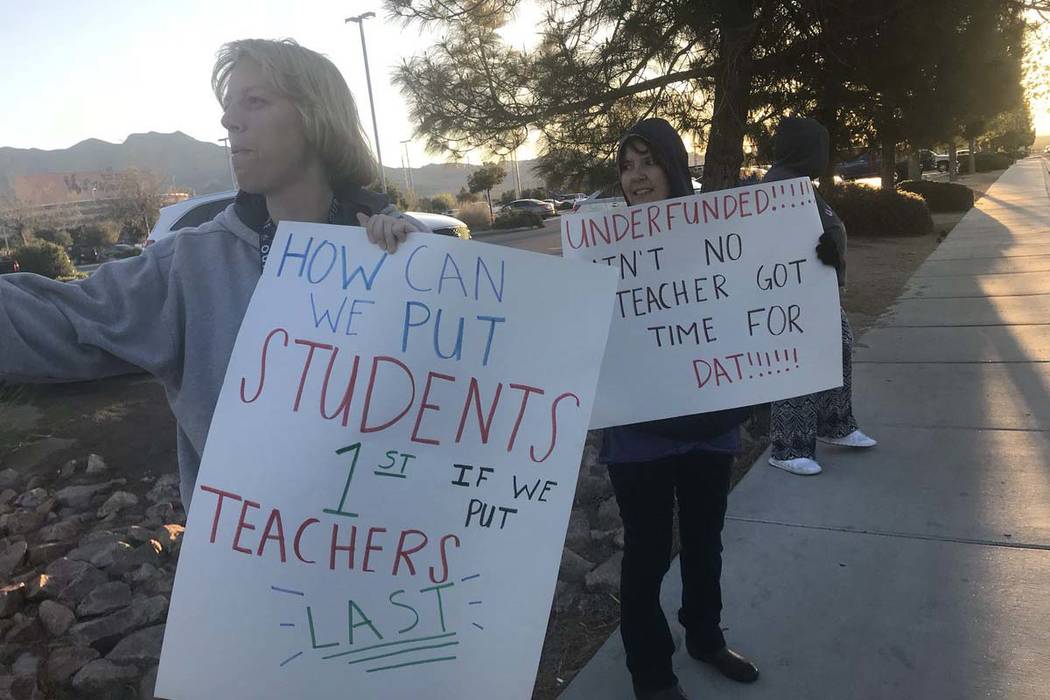 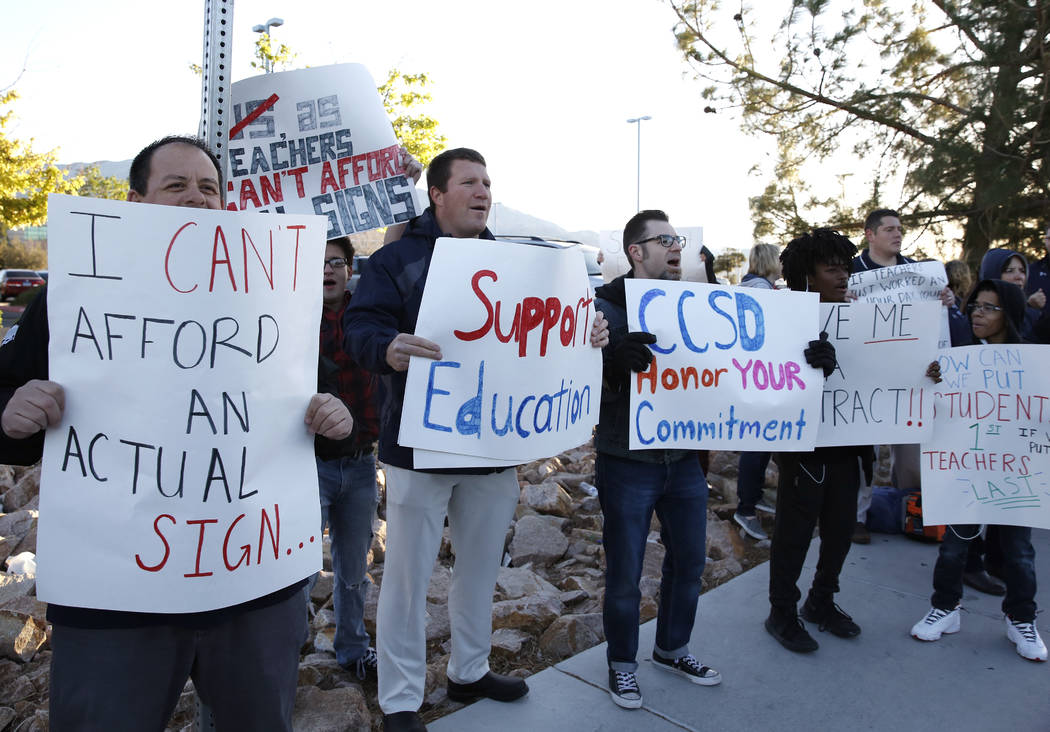 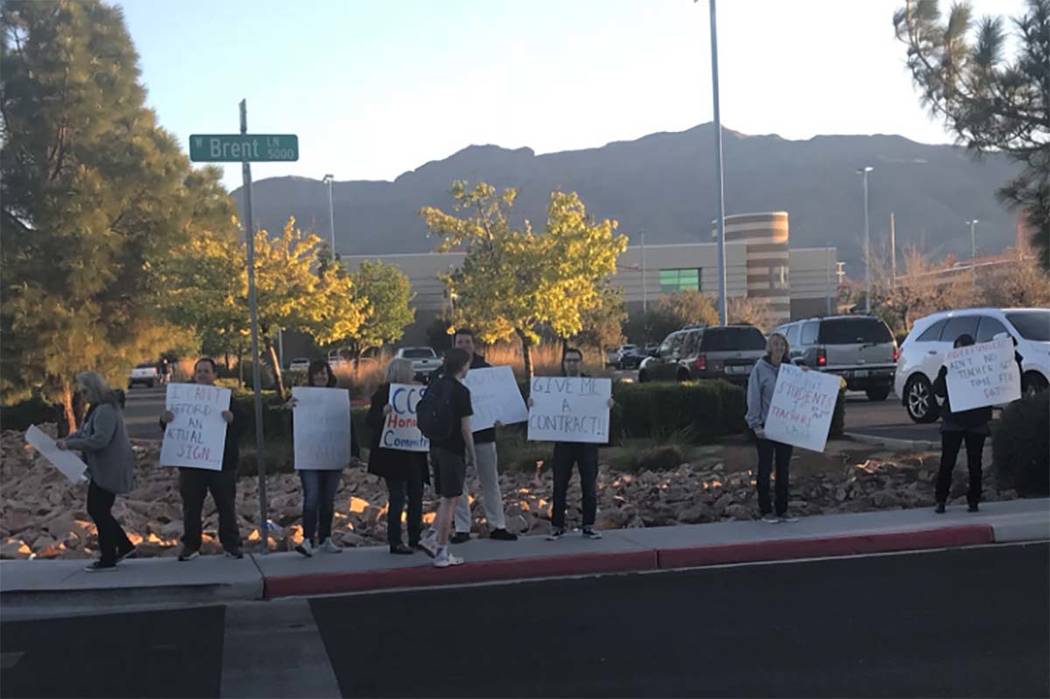 Shadow Ridge High School educators protested against pay freezes before school on Tuesday morning, matching the spirit of teacher protests in other states while working around Nevada’s anti-strike law.

Roughly a dozen educators and a few students gathered at a corner of the school in the northwest Las Vegas Valley before classes to protest the Clark County School District’s decision to fight an arbitrator’s ruling that would have meant pay raises for educators.

Chanting and a few honks from cars as they drive by before school starts at 7 am pic.twitter.com/qJiXvKbIF8

Matt Nighswonger, a government teacher who organized the protest, referred to other recent teacher protests around the country and said he felt teachers needed to do something in Nevada as well.

“I felt like when CCSD appealed the arbitrator’s ruling as well, that was kind of one final strike at teachers,” he said.

The teachers union has vowed to fight the district’s appeal of the ruling, which would have allowed educators to move up a step in the salary schedule as of June 1. Nevada law prohibits public employees from striking.